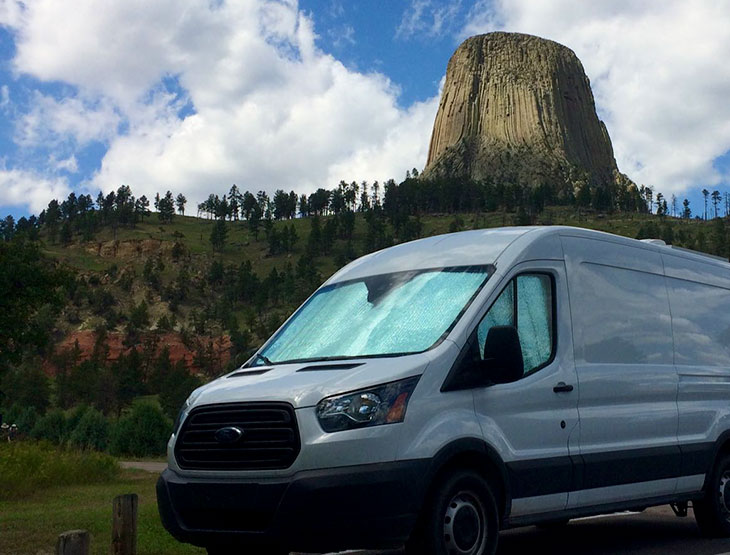 Everything in my life was going just fine, as viewed from the outside. Inside I knew that I wanted something else. Not more. Not exactly, anyway, but different. The life I had, and the path I was going down, weren’t resonating with me at fundamental level.

I was a teacher at a public high school and loved the teaching and my students, but was burned out from the conflicting expectations of bureaucracy that pulled my time and attention from what I really wanted to do, which was teach the kids.

I was increasingly stressed and unhappy, so I was losing patience with my students, and then was angry at myself for that. I knew I wasn’t as effective of a teacher anymore, and it was eating away at me. Something had to change soon.

It wasn’t just the job; I was feeling stress in every part of my life. It wasn’t a life that I felt good about. It didn’t feel like me.

But I didn’t have the first clue what would feel better. All I could think of were other versions of socially accepted paths that I felt pressed into wanting but didn’t actually want.

When I got painfully honest with myself, I realized that a lot of the things that I had been working so hard toward, for so long, were other peoples’ dreams.

After a couple flailing attempts to rework my career and life, I decided that I needed to stop pursuing any and all goals for a while so that I could see what I missed—and what I didn’t—and hope, and trust, that would give me better insight. But doing that would completely upend my life.

What got me past all the doubts and fears was the idea of returning to a childhood love of traveling, and Van Life seemed both financially doable and aesthetically appealing.

I spent about a year—from concept to driving off into the sunset—on planning, converting the van, and getting my affairs in order so that I could leave.

It was the best decision I have ever made. 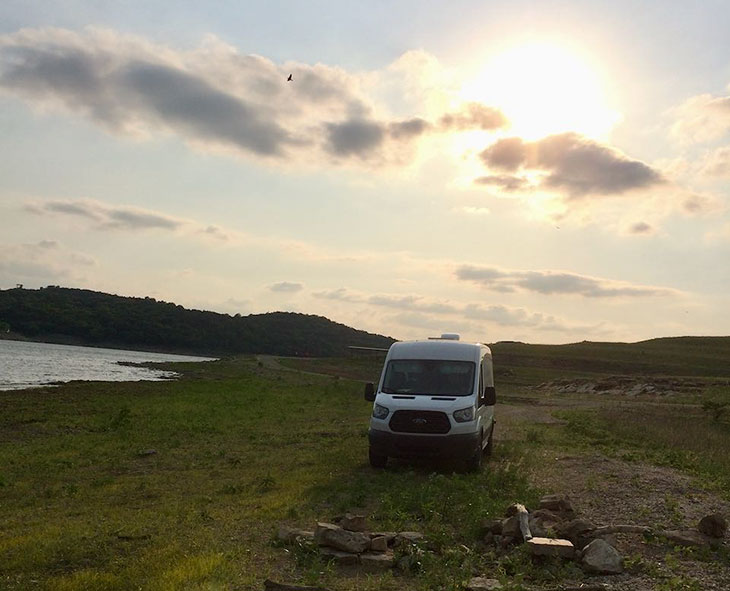 After three years, I’m convinced that if I had stayed at home, the patterns and habits that had been miring me in complacency for years would have won. I might have made a few incremental improvements, but by literally driving away from my comfort zone, routines, and the people I went to for support, while at the same time encountering new challenges on an almost constant basis, I was finally able to see and deal with my anxieties, insecurities, long-buried wounds, and to discover my strengths, learn better strategies, and genuinely heal.

People do Van Life for lots of different reasons. For me, what I am learning about myself and the world around me are my greatest rewards and my motivation to keep at this. At times it is very difficult, but it is always worth it.

Sometimes I get unreasonably angry at some little thing and make myself figure out where that anger is really coming from, because it’s never actually the situation at hand. Or I can be deliriously happy watching a flowing river. Recently I was walking down the street and stopped to watch a construction crew tearing up some pavement and was fascinated by a process that I’ve driven past hundreds of times without paying much attention. I’ve pulled over on country lanes to watch wheat harvesting and have seen where vast fields of onions grow before they get to my grocery store.

I have visited national forests where the signs explained that an invasive insect has been killing the trees and their numbers are dwindling, and then watched truck after truck hauling healthy trees away from those same forests, bound for lumber mills and the hardware stores where I bought lumber for shelves in my van.

I have listened to the families of coal miners complaining about solar panels claiming their jobs, in communities so dependent on the industry that they have no hope for other work. I once did my laundry in a laundromat frequented by oil workers, where at least half the washers are always out of order because the oil from their overalls gums up the vents.

I’ve talked to traveling motorcyclists about geology, and to geologists about the stars. I’ve learned to make knives out of stone and to make stone out of clay. I have basked in the subtle beauty of watching rain pattering on my windshield.

Learning to do what was needed when no one was around to turn to has fostered the confidence born of knowing I can depend upon myself. And I have learned to accept help when it is offered.

I have experienced the kindness of strangers and their rejection. I’ve looked into the eyes of homeless men and women and given them the dignity of acknowledgment, and I’ve been treated like a homeless vagrant and gained a better appreciation for what that feels like.

Every one of these experiences has given me a lot to think about, and I try to hold that place of reflection long enough that it is uncomfortable and challenging. I’ve been pleasantly surprised that doing so can provoke difficult emotions without spiraling down into a pit of despair.

I have stared into the empty void of loneliness and got through it, and come to understand the difference between productive solitude and anxiety-driven isolation. For that very reason, I am putting in the work necessary to strengthen bonds of friendship with people who are are important to me.

What I value and cherish have become a lot clearer, as well as what I don’t need, or want, in my life, and I am slowly building the life I want. A life that feels like me. The process is ongoing, and will be for a long time, whether that continues in the van or, eventually, in some other living arrangement. This has been a good start. A good reset. 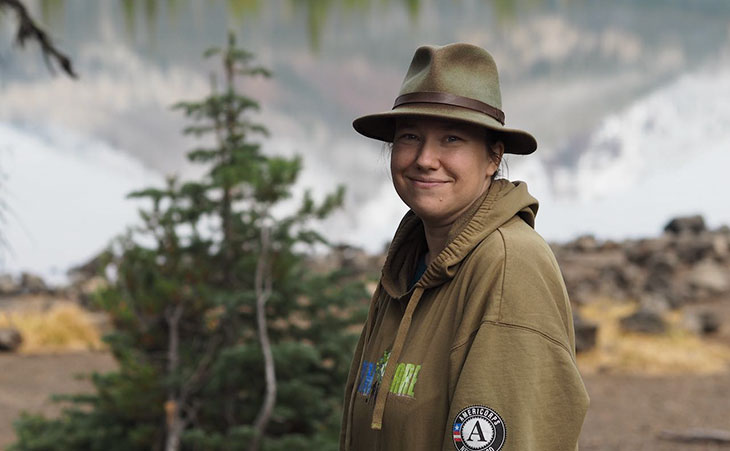 Follow Heather on her van life journey on her blog 90,000 Miles to Me