Slab City is a self-sufficient squatter community made up of vagabonds, homeless, artists, snowbirds, and retirees.

It was once a decommissioned military-based but is now considered by many as the "Last Free Place In America."

It’s famous for artistic attractions such as Salvation Mountain and East Jesus.

The city has about 640 acres of public land. It has no formal infrastructure. It lacks electricity, water, and sewer systems. While it’s not entirely lawless, it doesn’t have a government.

Slab City is generally safe. Most residents are welcoming to new members and tourists.

As long as you are respectful and remain in the designated travel areas, visiting the city should be nothing short of a safe and fun experience.

To be safe, avoid slab city at night. Also, travel in groups when possible.

(Related: Everything You Wanted To Know About ‘The Last Free Place In America’) 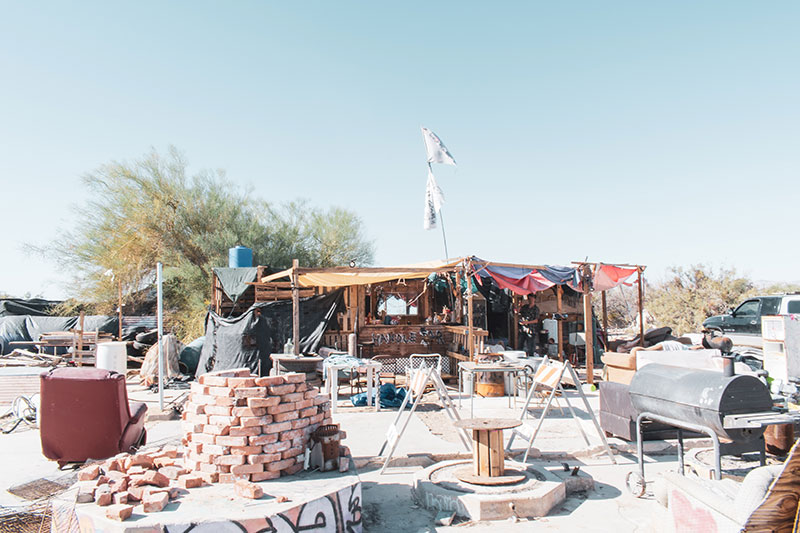 Where Is Slab City Located?

Slab City is nestled at the heart of the Sonoran Desert.

It’s located in Imperial County, around 50 miles from the Mexican border and 100 miles from San Diego. To the east lies the Colorado River, and to the West lies the Salton Sea.

Most summer days in the city are above 100 degrees, and nights can get as cold as 40 degrees.

Not exactly. Although Slab City doesn’t have a local government, it’s not entirely lawless.

County Police still have jurisdiction over the land. They visit to patrol, respond to emergencies, and to remove suspected fugitives.

Also, while residents don’t follow traditional laws, they do enforce rules established by members of the community.

The conditions of Slab City offer the closest thing to a "lawless" city that you will find in California and possibly the United States.

What are the dangers of slab city?

The main dangers in Slab City are the harsh environment, and it’s "lawless" society.

Temperatures regularly go above 100 degrees. Without any running electricity or water supply, the environment can be dangerous if not handled properly.

Finally, Slab City doesn’t follow traditional social norms and laws. They also don’t have local law enforcement. As an outsider, you don’t experience the same lawful protection in Slab city as you would outside.

Is there any law enforcement?

No. Slab City does not have any local law enforcement.

But, as a part of Imperial County, the Sheriff does patrol the city from time to time.

The nearest town is about four miles away, which means it can take some time before the police reach Slab City.

Do police go to Slab City?

Police patrol Slab City but not as regular as many would suggest. They also visit Slab City in case of emergencies.

Since Slab city is only 50-miles from the border, border patrol agents often patrol in search of illegal immigrants.

Are there Emergency Services in Slab City?

No, there are no emergency services in Slab City.

However, the emergency services in nearby cities will respond to emergencies in Slab city.

The nearest cities, Niland and Mundo, are at least four miles away. As such, emergency response times for Slab City are typically delayed.

How much crime is there in Slab city?

Most of the crimes that take place in Slab City go unreported.

The community prides itself on being a lawless society. As such, it’s challenging to determine exactly how much crime takes place in un Slab City.

What kind of crimes are common in Slab City?

Many crimes committed in Slab City go unreported. The most common crimes reported in the city are thievery and assault.

It’s not uncommon for residents to resort to physical violence to solve disputes and issues among one another.

Also, many residents don’t have sufficient income to provide for themselves; some have no income. This is the primary reason there are high-levels of stealing within Slab City. 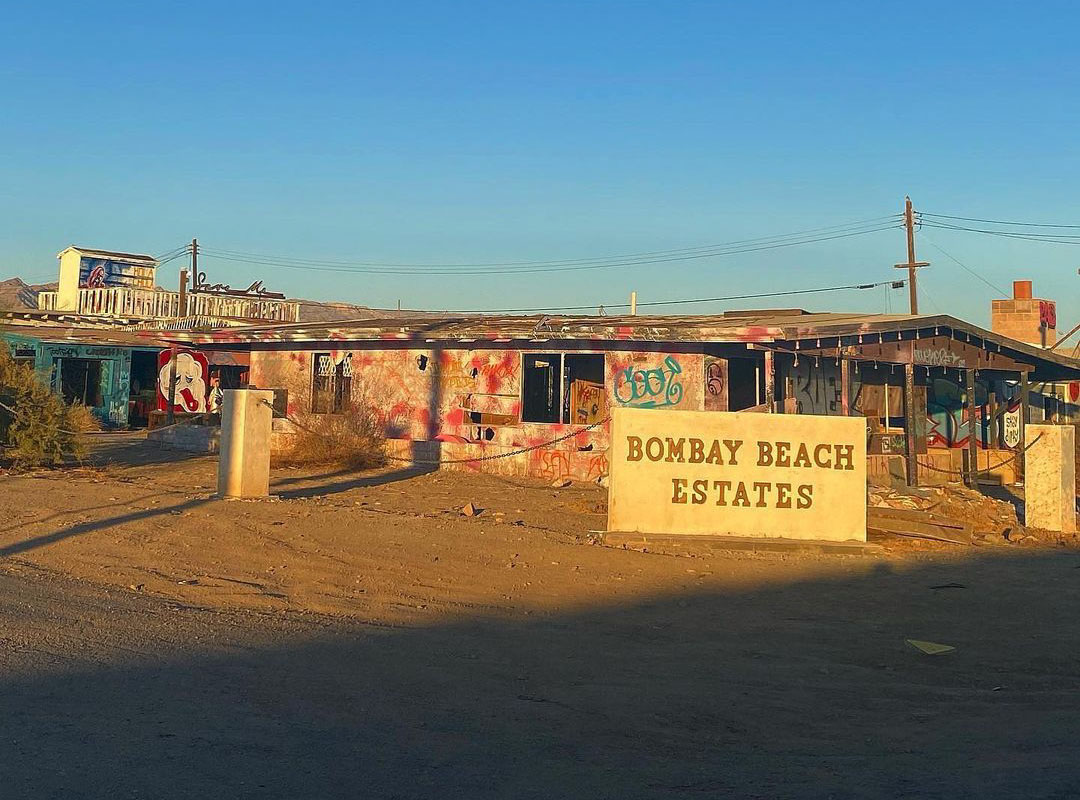 Is drug use common in Slab City?

Yes. Drug use is typical in Slab City.

But don’t let this mislead you into thinking that Slab City is a community of drug addicts.

While some residents use harder drugs, it’s much less common than people think. Most harder drugs reside in a smaller sub-community within Slab City. And generally, hard-drug users stick to themselves.

What is the best time to visit Slab City?

The best time to visit Slab City is during Spring, Winter, or Fall.

Because Slab City is in the desert, temperatures regularly go above 100 degrees during the summer.

The weather is much more enjoyable and safer during the colder months of the year.

As such, less than 200 people live in Slab City during the summer. But, during the winter, the population can increase to more than 3,000.

Is Slab City safe to visit at night?

When the sun is out, it’s much easier to determine where you are going. With no paved roads and no traditional neighborhoods, you can put yourself and the members of Slab City in danger.

It’s also much easier to make friends during the day and ask for assistance if needed. At night, Slab City residents are not always appreciative of strangers coming and disturbing their homes.

Is safe to visit alone?

To be safe, visit during the day and avoid staying overnight when traveling alone.

If you plan on staying overnight, consider traveling in groups or pairs. Staying in Slab City alone at night can make you a target to criminals.

Is it Safe To Visit as a Woman?

Yes. It’s safe to visit the city as a woman. But it’s essential to take precautions.

If possible, schedule your visits during the day. If you plan to explore beyond the city’s famous landmarks, consider bringing friends along.

Aso, make sure you have enough gas and that you avoid any sand traps.

Here are some Tips to Consider when Visiting Slab City

If you plan on staying an extended number of days, you should follow some of the tips below. These will help you get accepted by the Slab City community faster and with open arms.

Slab City offers an experience you won’t encounter anywhere else in the world.

If you’re considering going, don’t let fear stop you. As long as you do your research, your visit should be nothing short of safe and fun.

Since you’ve gotten this far in the article, you’re set! You’ve done your homework. Now, you have all the information you need to explore the city safely. Have a blast!