Hawaiian Pidgin is a language used amongst the locals of Hawaii. Overtime, the language has developed and taken on dialects from both the English and Hawaiian language. It is also known as Hawaiian Creole English, meaning it is an english based creole language. When traveling to a new area, it is common that you will run into dialects and a way of communicating that is unique to the area. Hawaii has become known for its pidgin lingo and will even be spotted on local advertising. 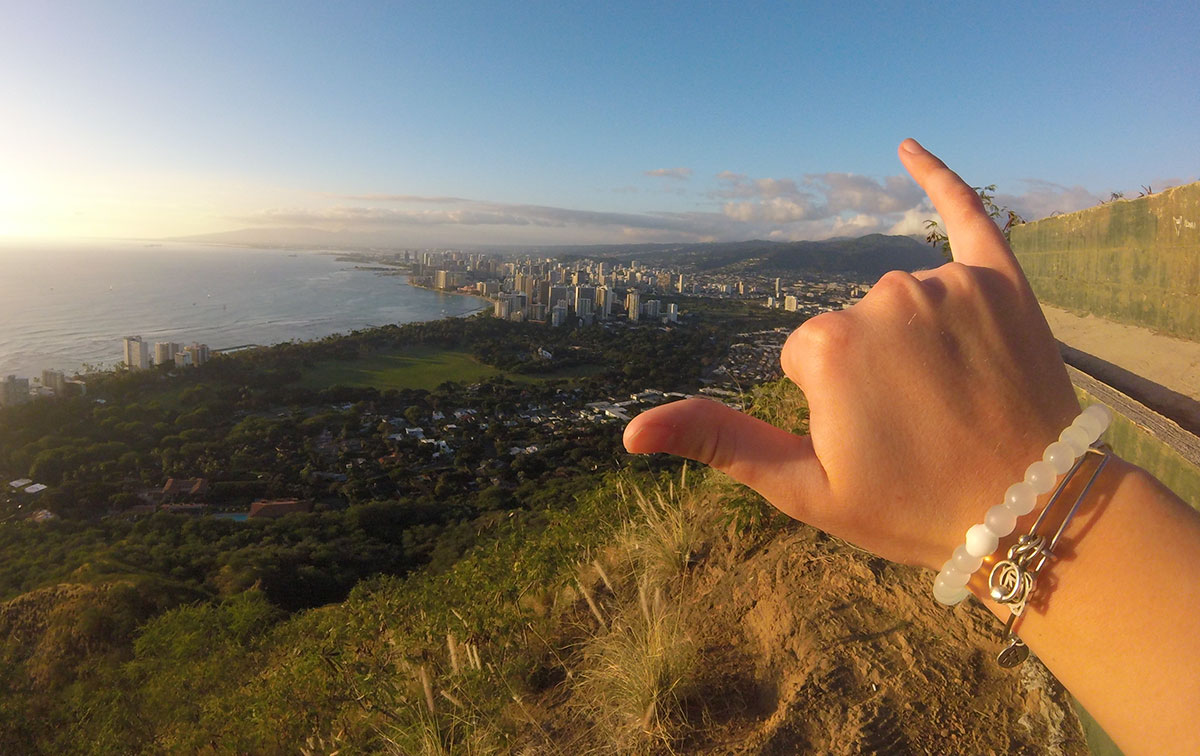 Why Is It Called Pidgin?

A Pidgin language is one that has developed between two or more groups that don’t have a language in common. It is used as a means to communicate, where its vocabulary and grammar are drawn from several languages.
Hawaiian Pidgin, unlike its name, is actually not a pidgin in the way that it has become a nativized and demographically stable creole language in Hawaii.

Where Did Hawaiian Pidgin Originate?

The language was born on sugarcane plantations when foreign immigrants, native Hawaiian speakers, and English speakers needed a means of common communication. It was highly influenced by the already existing pidgin that was spoken among the native Hawaiians. Hawaiian Pidgin is a mixture of Japanese, American English, Cantonese, Hawaiian, and Portuguese.

Why Did People Start Speaking Pidgin?

People began using Pidgin to find a common ground for communication. With people with backgrounds in several different languages, Pidgin was the result of everyone coming together to communicate and do business on the plantations during the 19th and 20th centuries.

From the time the language began to develop in the 19th century to the beginning of the 20th century, those who were born locally began to use more of the Pidgin English. With the second generation catching on to Pidgin English more easily than learning to acquire another language, it became the primary language in the schools, homes, and communities. From then on, the language developed into what linguists call a creole, Hawai’i Creole, known as Pidgin.

Do All Hawaiian Locals Speak Pidgin?

The term local has been thrown around often when it comes to Hawaii and the islands. There is some controversy surrounding the topic, because those who were born and raised are passionate about their island, culture, and upbringing. Those who were born and raised on the island have grown up with Pidgin intermingled in their communication and learning of language. However, going about everyday life, the language is not often used outside of the locals.

There is an apparent, unspoken restriction that a local or a “haole” must only speak in small phrases among family and close friends. It is common to come across locals who speak and know more Pidgin than others. It is dependent on their personal upbringing and the way their families use the language.

Is Hawaiian Pidgin An Official Language?

Hawaiian Pidgin is an official language. The language is always evolving with each generation adding words and slang that may displace terms used a few generations ago.

Is Pidgin Spoken In Formal Setting Or Job Settings?

Although it is an official language, the daily use of Pidgin is saved for those who are also fluent and familiar with the language. Depending on the situation, it is more likely to hear English spoken throughout businesses and restaurants.

There will be an occasion where two fluent Hawaiian Pidgin speakers may exchange a few phrases, but for the most part, English will be used in a formal or job setting.

How Is Pidgin Viewed By Society In Hawaii?

According to a study and a series of interviews performed by Thomas Yokoto from the University of Hawai‘i at Mänoa, there are mixed views regarding Pidgin. Yokoto discovered that many who were born and raised in Hawaii, were not familiar with the term Hawai’i Creole.

This may suggest that those being interviewed were either unaware or unsure about the differences between English and Hawai’i Creole, now known as Hawaiin Pidgin.

Most referred to English being their first language, without the recognition of Hawaiian Pidgin being an official language.

It seems as though the language has been frowned upon when it comes to searching for a stable job or career, so many parents, who speak Hawaiin Pidgin, don’t want their children raised speaking it.

“The interviews reveal that many HC speakers are affected unconsciously by numerous factors that challenge their identities. Ironically, HC serves as a means of identifying local culture that translates variously into a source of pride and shame. HC is more than a language; it is an expression of cultural identity that can be used to establish a sense of College of Education v University of Hawai‘i at Mänoa 29 belonging to Hawai‘i and, at the same time, can bring a sense of distance or separation from mainland values.” source

Where Else Is Pidgin Spoken?

Hawaiian Pidgin and Nigerian Pidgin are related in the way that both are English based. Meaning that they are mainly derived from the English language. There is also a connection with both Pidgins having relations to the use of Porteguese.

What Is The Difference Between Pidgin And Creole?

Linguists came up with the words pidgin and creole to distinguish between forms of speech. Pidgin is referred to as a “simplified language” that developed as a result of two or more groups needing a common ground for communication. These groups do not have an existing language in common, so the creation of a new one is the answer. Many forms of pidgins throughout history have been the result of trade, plantations, and other maritime business.

Creoles are languages that are created by the children of pidgin speakers. Meaning, the children create an entire language by expanding the grammar, vocabulary, and pronunciation. The creole becomes the main language of communication.

Hawaiin Pidgin has a vast history. It is fascinating to understand how several groups of people, all speaking different languages, came together under a new means of communication to perform trade, work on the sugar plantations, and other forms of maritime business. Hawaiin Pidgin holds traces from the Japanese, English, Hawaiin, Portuguese, and Cantonese languages. As generations came through, the language turned into a creole, where the children began to speak the Hawaiin Pidgin as their main language. Those who have been born and raised on the islands of Hawaii, have a direct connection with the language and the way it has been preserved through communicating with their families and other locals. Despite its intriguing history, the pride in the language and continuing to pass it down to generations to come seems to be a social dilemma among the locals.

38 Hawaiian and Pidgin Phrases Every Visitor Needs to Know