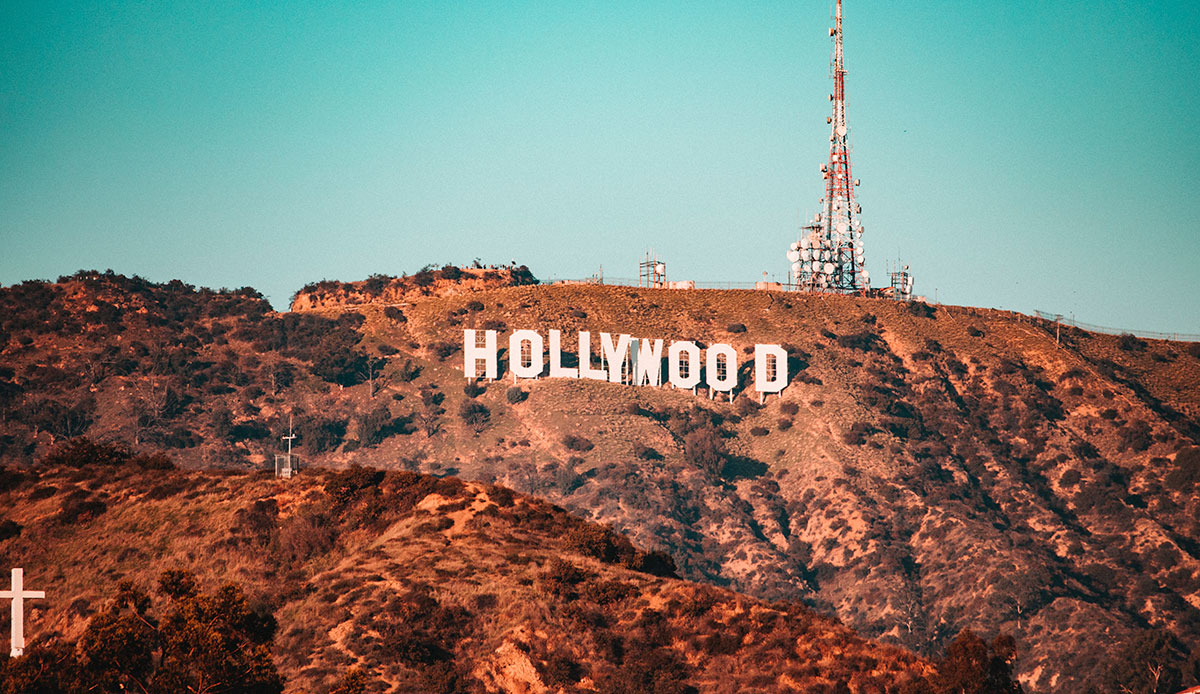 The City of Angels has a lot to offer. With its rich culture, delicious food, and beautiful beaches, it’s hard not to have a blast. But your trip to L.A. can easily be ruined by visiting the wrong places.

With such limited time, you want to make sure you go only to the best attractions.

Don’t know any locals to ask what’s good? Don’t worry, we’ve got you covered. In this post, we’ll go over the worst tourist traps to avoid in Los Angeles and where you should go insted. Let’s get started!

Tourist traps are popular destinations designed to attract tourists and generate revenue.These locations provide a plethora of services targeted directly at tourists, such as food, souvenirs, and entertainment.

Tourist traps don’t necessarily mean scams. Most of these locations are legitimate attractions.

The difference is that they market to tourists rather than locals Unlike locals, tourists are not the type to become loyal customers and return. As a result, tourist trap services tend to be overpriced and mediocre. 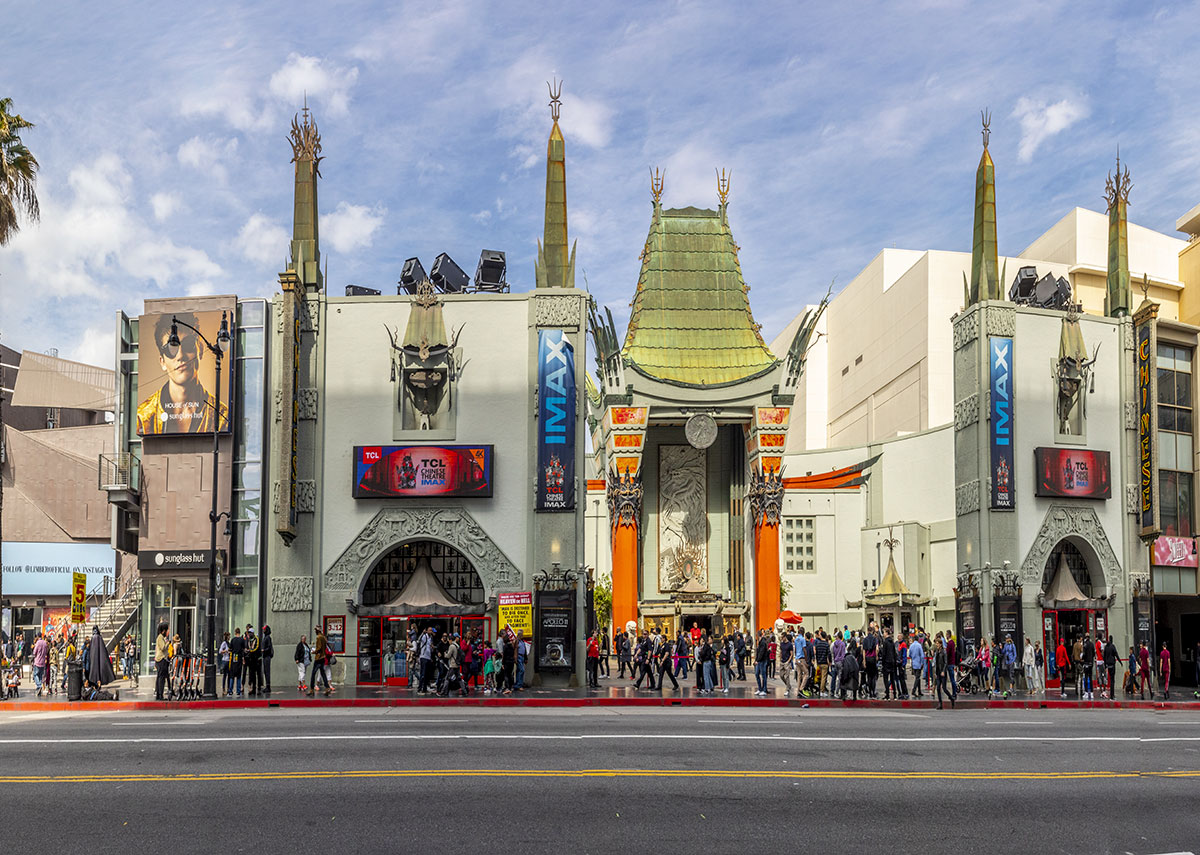 Hollywood Boulevard is the most famous sidewalk in the world. It’s a cultural icon and a key attraction for many tourists visiting Los Angeles.

The most iconic part of this street is the Hollywood Walk of Fame. Tourists worldwide come here to celebrate the world’s brightest stars. What most people don’t know is that Hollywood Boulevard is a signature tourist trap in California.

It’s filled with peddlers, vendors, mascots, and tourists. Once there, you’ll be greeted by a massive crowd and a plethora of vendors selling everything from food to souvenirs.

You’ll also always bump into peddlers who’ll try to sell you their mixtapes or artwork. Let’s not forget the signature celebrity and superhero impersonators who will allow you to take their pictures in exchange for a few dollars.

Hollywood Boulevard is an overhyped, overpriced and overcrowded tourist location.With nothing much to look at other than celebrity stars on the floor, you’re better off skipping the Walk of Fame or just driving by and having a glance while on your trip to Los Angeles. 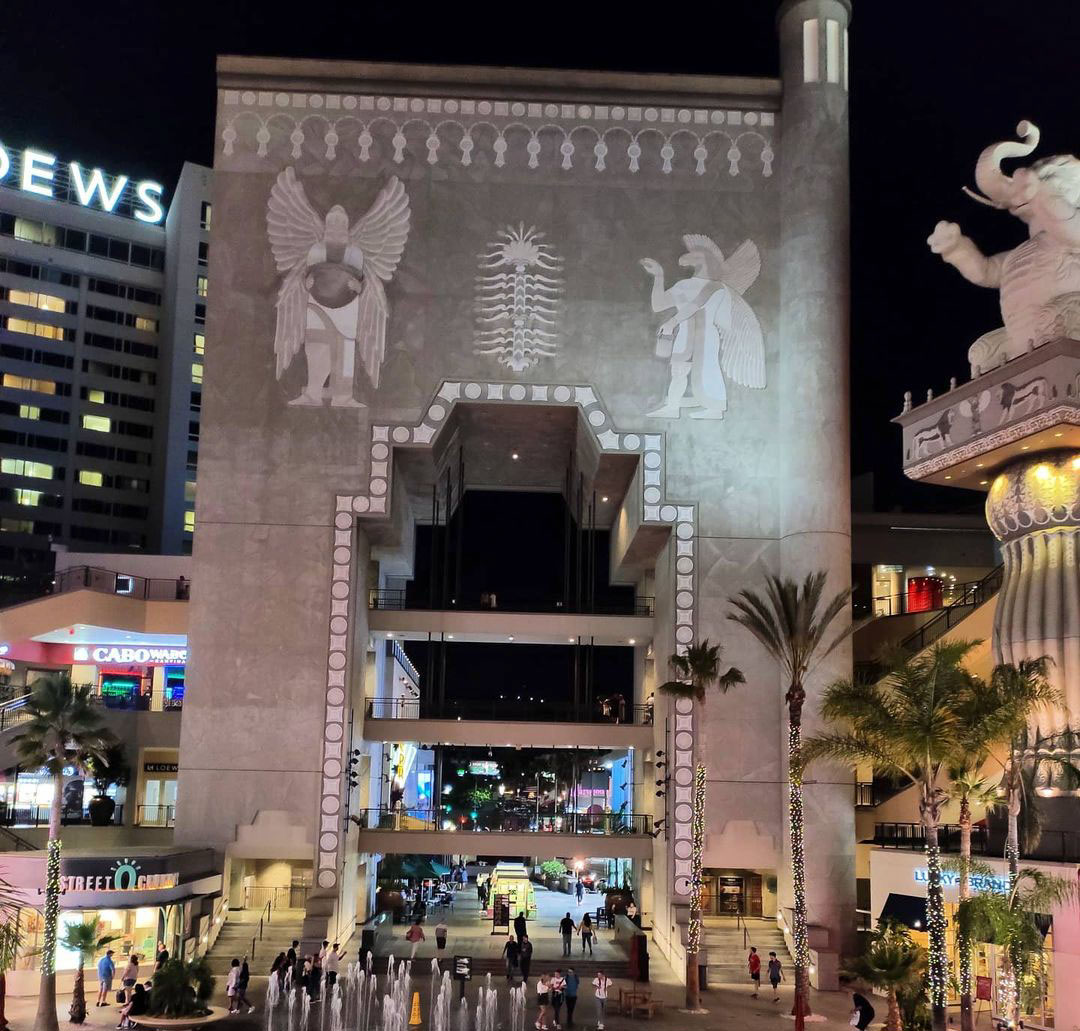 The Hollywood and Highland Center is a famous tourist shopping spot in Hollywood Boulevard. But the shopping center is a major tourist trap.

This place is overcrowded. Yet the restaurants and retailers here are nothing unique. Most of them are chains and designer stores you can find in other less crowded shopping centers.

Sure, we all like to eat at California Pizza Kitchen and Johnny Rockets now and then, but these places are not worthy of a tourist’s precious time. They also have stores like Foot Locker, Forever 21, and Hot Topic, which are stores you can find in every California shopping mall.

The Chinese Theater and Dolby Theater is also not worth the hassle. It’s not as elegant and beautiful as they seem on TV or in photos.

Overall this place is unremarkable and not worth your time if you’re visiting Los Angeles. 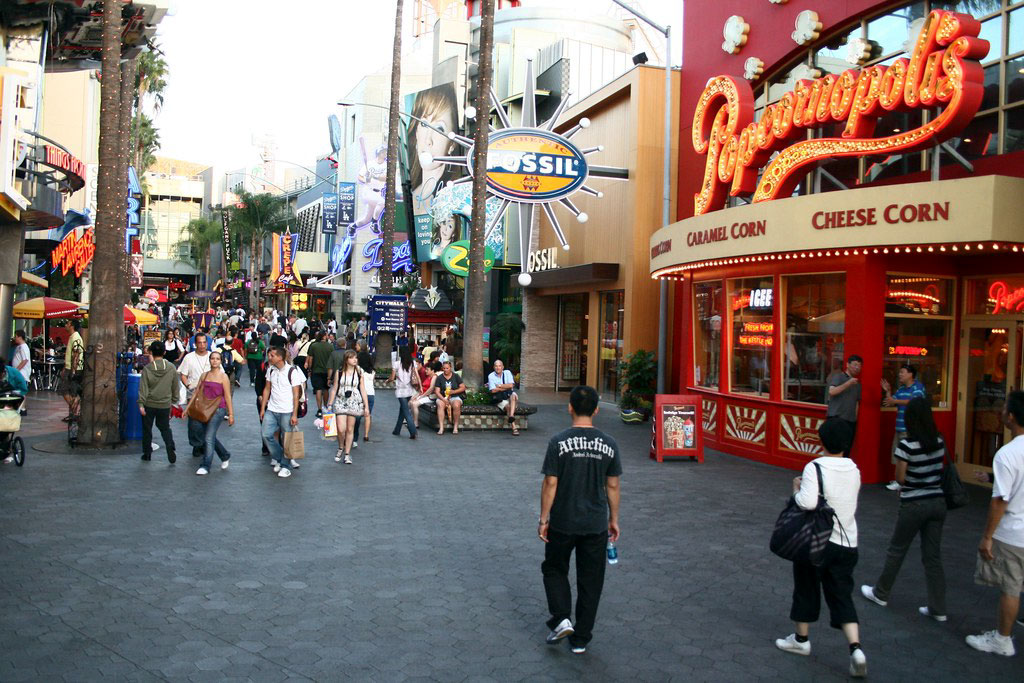 Universal Citywalk sits just outside of Universal Studios, comparable to the Downtown Disney of Disneyland.

When you visit Universal Citywalk it feels like you’ve probably been there before. Most of the restaurants and shopping locations are the same as those you will find in other popular shopping malls and tourist attractions.

Not to mention there is also a plethora of fast-food restaurants such as Panda Express and Taco Bell.

The stores are also unremarkable with the likes Hot Topic, Fossil, and Abercrombie & Fitch.

Universal Studios is the lure for most people but the Universal City walk is a trap that gets tourists to spend money on items they don’t need or from stores that are not as rare as they
might expect. 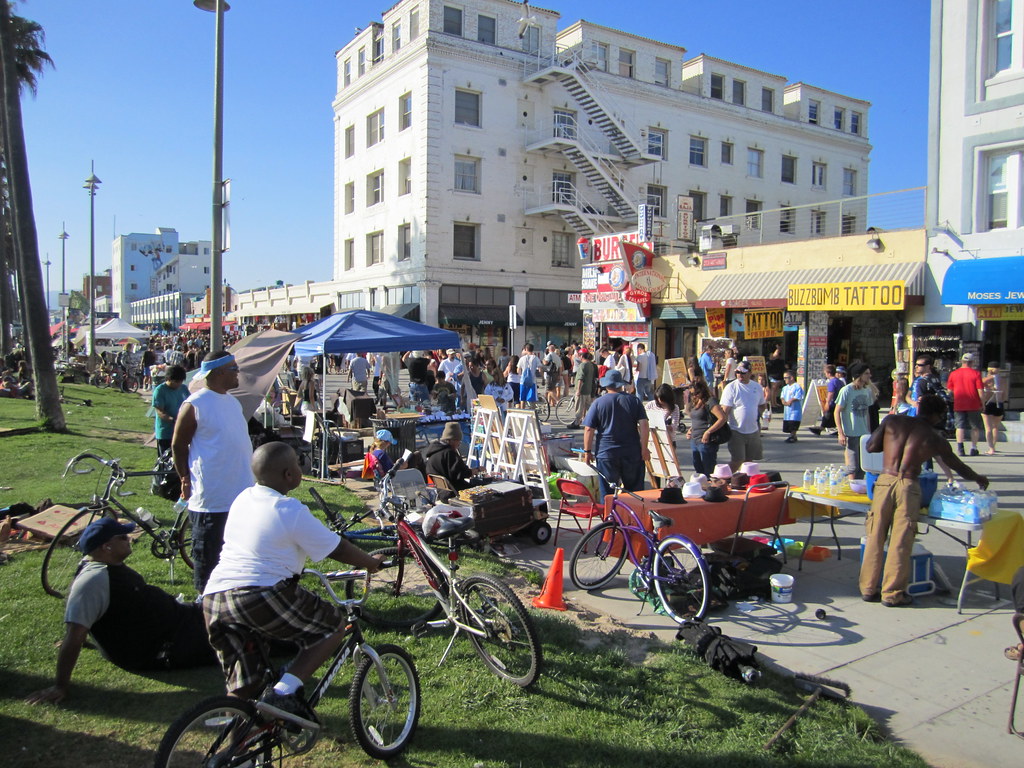 Venice Boardwalk allows you to see one of Californias main attractions – the beach. No doubt it’s a beautiful spot. But it’s also undeniably a tourist trap.

As you walk along the Boardwalk, you will find various shops and popup tents aimed at tourists. There are the Henna tattoos, Venice beach souvenirs, marijuanan dispensaries, California based clothing stores, and
custom artwork.

There are some iconic sights on the Boardwalk, such as Muscle GYM and Venice Skatepark.Venice Basketball court is also a famous spot where you can sometimes see professional athletes playing.

However many times you will be bombarded by unsavory characters who hassle you every minute you’re walk down the boardwalk. Not to mention a considerable contingent of homeless and questionable characters circulating the area.

There are, however, many places around Venice beach that are much more worth visiting, namely Santa Monica, Hermosa Beach and Redondo Beach.

Some other local favorites include ice Canals, the classic murals across the city, and the traditional shopping and food scene on Abbot Kinney Blvd. 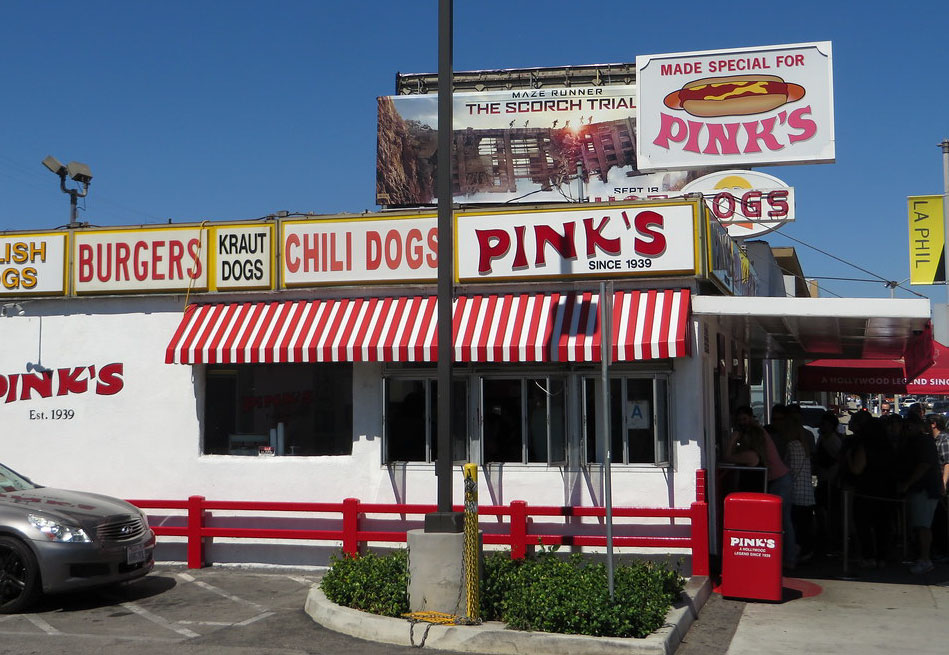 Pinks Hot Dogs is a Los Angeles classic and almost a right of passage for tourists visiting the city. The place had been a hot spot since its inception 80 years ago.

But with their mediocre hot dogs to their notoriously long lines, Pink’s Hot Dog deserves a place in our top tourist spots to avoid in LA. While Pink’s Hot Dogs is famous for serving famous people, their hot dogs do not live up to the
hype.

They’re not that great, and they are not worth waiting hours in a line for. You can easily find many alternatives in LA, where you can get better hot dogs with shorter lines. Vicious Hot Dogs in North Hollywood serves way better dogs and has no lines. 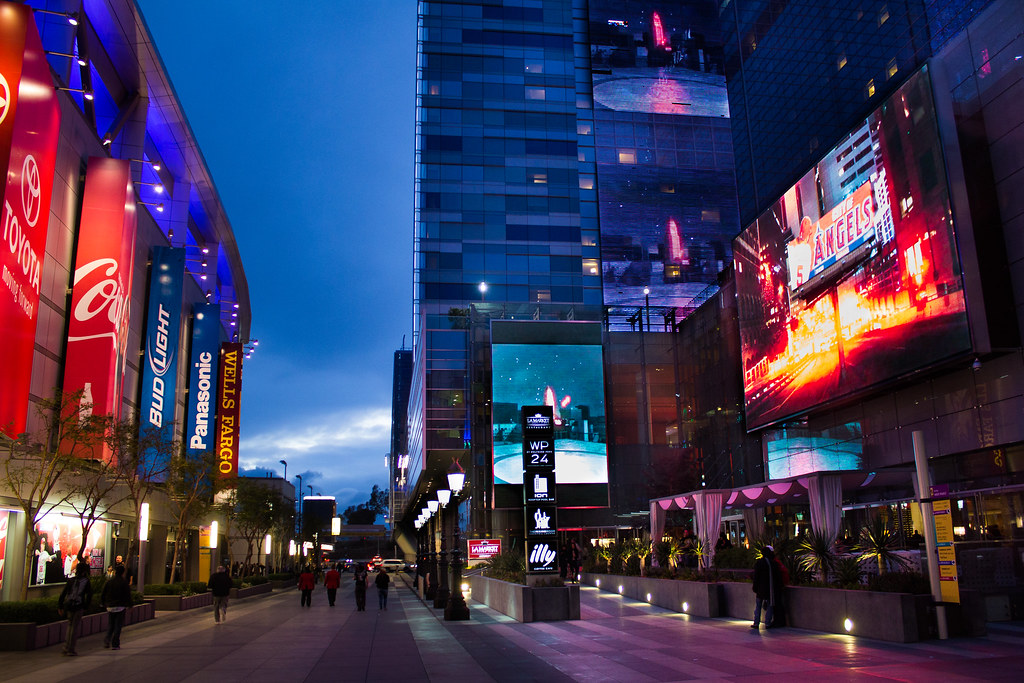 L.A. Live is an entertainment center built-in 2005. It has the Convention Center, Staples Center, and The Novo Theater right at its center.

But, like most tourist traps, this place is expensive and overcrowded. The parking is ridiculously pricey. The restaurants are mediocre. And, whenever there’s a show, the place becomes downright chaotic.

What’s more, is that most of the shows are nothing special. You can typically find similar performances at a fraction of the cost in stadiums around the United States.

So, unless you’re there to see the Grammy Museum, check out a unique show or watch the Lakers, I recommend skipping this spot. Alright, alright, going there to watch the clippers is fine
too. But you get the point.

Sports. Grammy Museum. Unique shows. These three are the only reasons to visit this spot.

Where to Go Instead 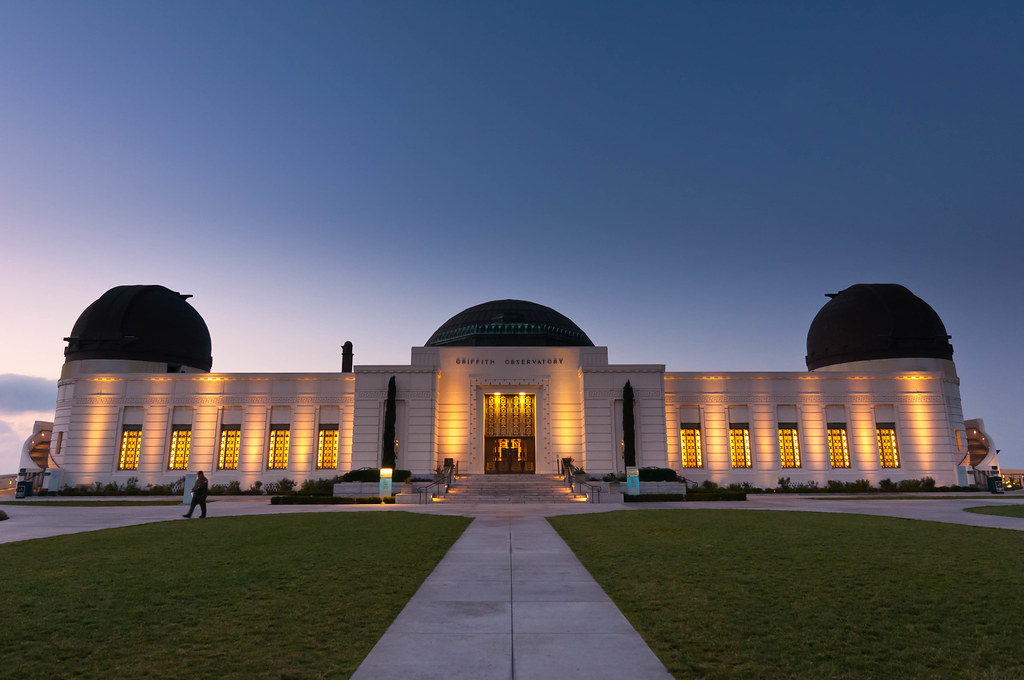 Giffith Observatory is a must-see location in Los Angeles for tourists and locals alike. It perched on top of Mount Hollywood, providing a fantastic view of Los Angeles.

Visit at sunset and watch the setting sun paint the city in purples and reds. Or visit at night to gaze upon the L.A. skyline against the night sky. No matter what time you choose to visit, you’re sure in for a treat!

Don’t forget about the planetarium and theater where they show unique films. 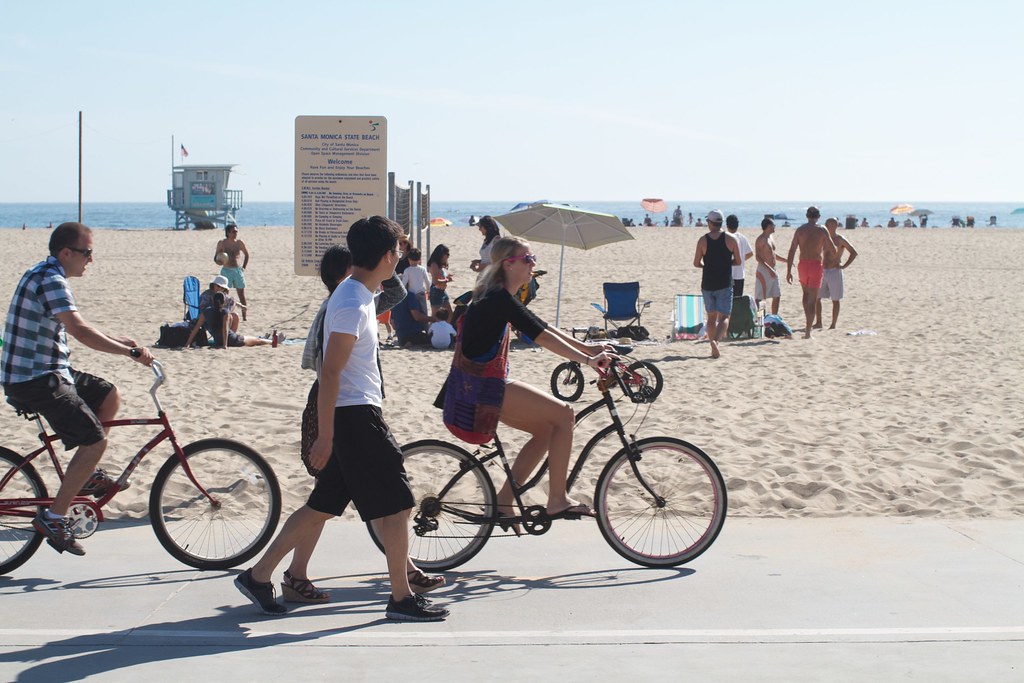 Santa Monica Beach is one of the most popular beaches in the world. And one of the best ways to explore everything it has to offer is by riding bikes.

Santa Monica beach has a designated bike path that goes along the entire coast. The trail makes biking safe and family-friendly. It also makes sightseeing fun, and efficient.

Many places offer rentals right along the beach.

Don’t feel like working out? No problem. You can rent one of their electric bikes for a more relaxed ride. 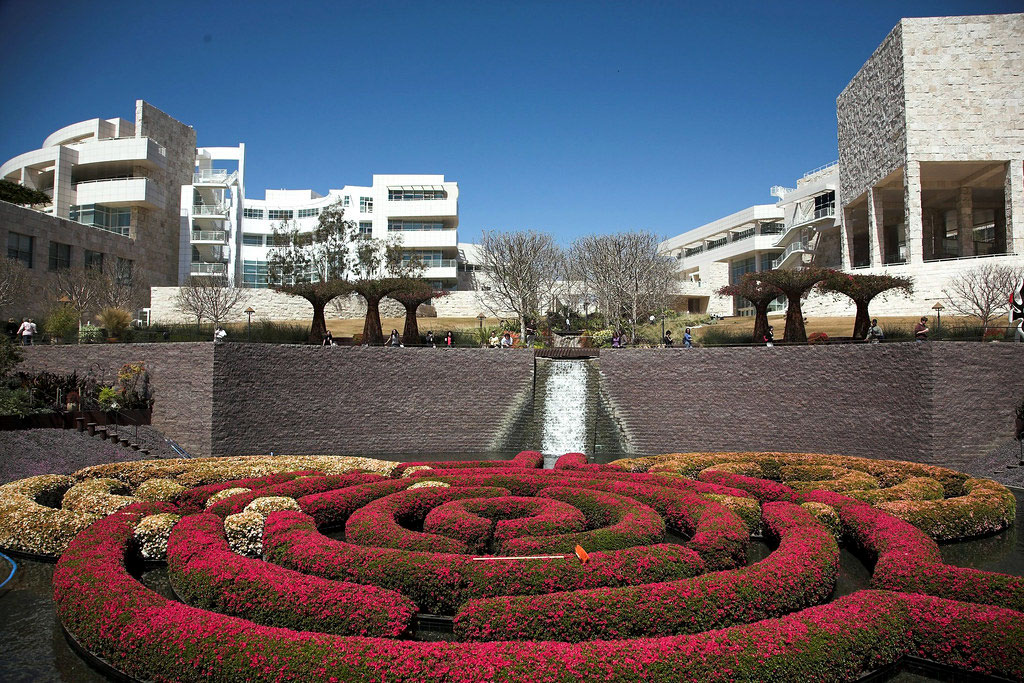 Enjoy fantastic architecture and fine art at the Getty Center. This place is a 45-acre campus filled with art, culture, delicious food, and sometimes, live music.

Take a stroll around the campus to enjoy the architecture. Or go inside one of the best museums in Los Angeles to enjoy fine art.

Korean BBQ in Koreatown and Thai Food in Thai Town 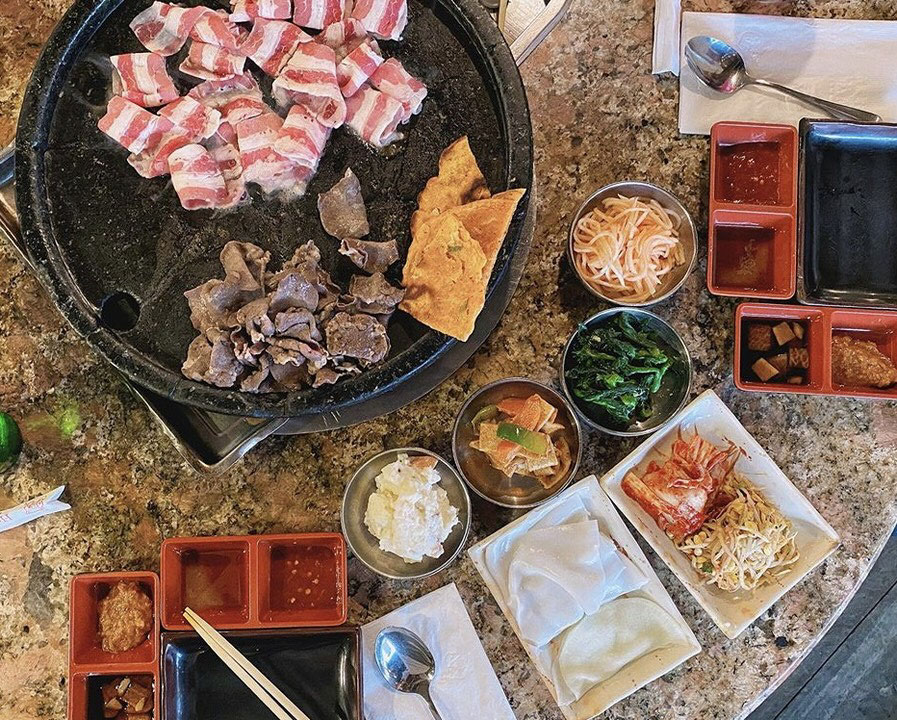 Koren BBQ is part of Southern California culture, and some of the best K. BBQ comes from Los Angeles’ Koreatown. In Koreatown, you’ll find authentic Korean food with the freshest meats and the best prices.

Unless you’re craving Korean BBQ, I wouldn’t recommend going to one of these restaurants alone.That’s because the best part of Korean BBQ is grilling fresh meat and seafood right at the table with friends.

As an alternative, you can seek out some authenticly delicious Thai food in Thai Town, located just east of Hollywood.

For Korean BBQ we recommend, Hae Jang Chon or Road To Seoul

For Thai Food, we recommend Ruen Pair and Jitlada. 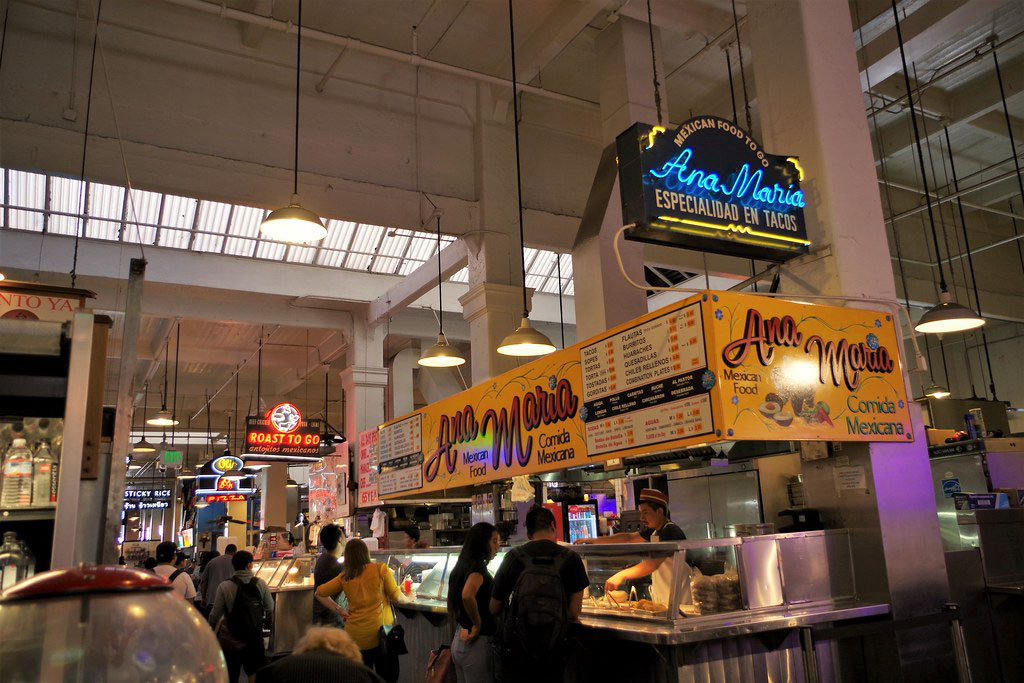 If you’re a foodie, don’t miss The Grand Central Market. Located in Downtown Los Angeles, this sprawling marketplace offers over 40 different restaurants serving delicious cuisines from all over the planet.

From Japanese to Mexican, they offer food to satisfy every pallet. 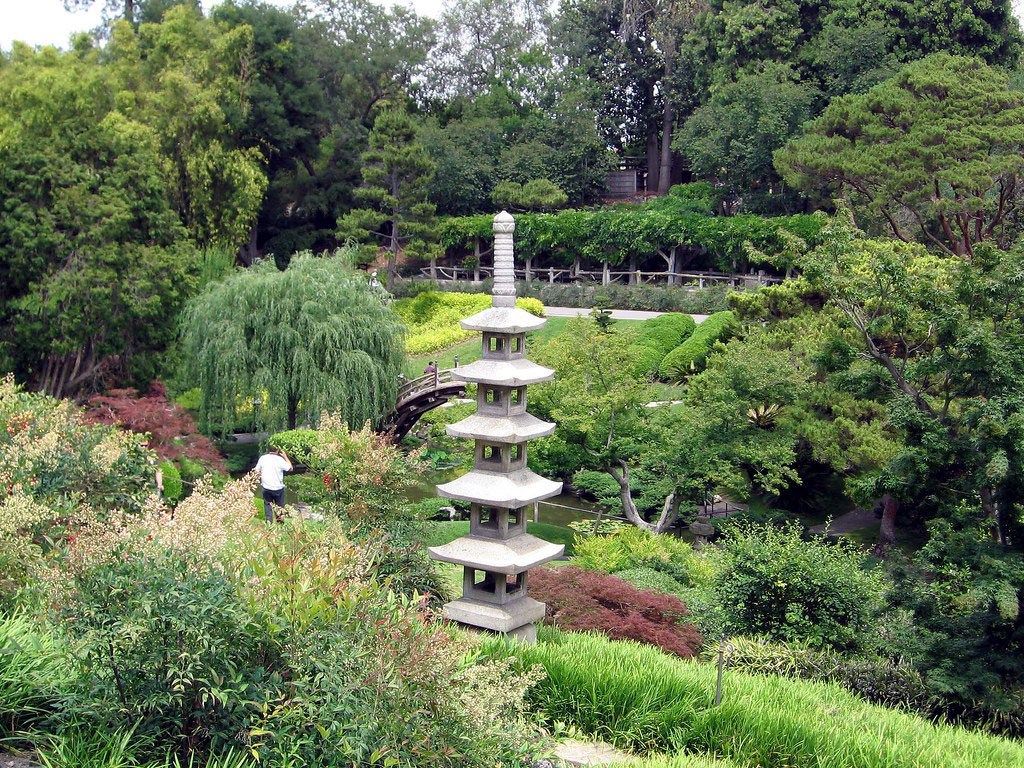 It consists of picturesque gardens divided into different themes. They have the Desert Garden, which showcases the largest outdoor collections of cacti and
succulents on the planet.

This place also has a delightful Japanese garden filled with plush-green meadows and trees. It also features a moon bridge, a Japanese house, a bonsai tree and a Japanese tea garden.

The Lily Pond is another favorite. It’s filled with brilliant lilies, colorful fish and delicate flowers.

Here’s a list of some of the other gardens they offer:

Overall this place is the perfect balance between nature and man-made beauty. It’s the perfect place to visit for anyone looking to rejuvenate and connect with nature while in the city.

Visiting L.A. should be nothing less than amazing. But, unfortunately, tourist traps ruin that for many people. Not you though. Now you know where to go to get the most out of the city. What are you waiting for? Pack your bags and experience Los Angeles’ magic.