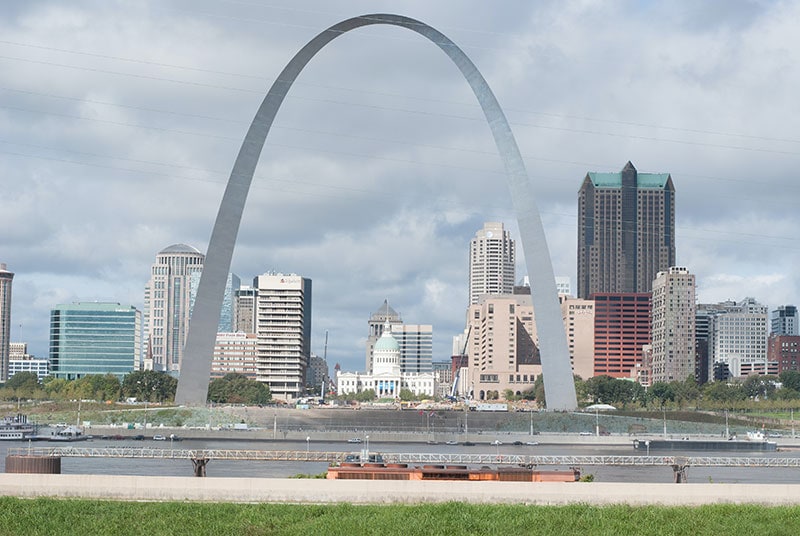 St. Louis is the largest metropolitan city in Missouri along the Mississippi River. The city’s cultural significance and aesthetic appeal have set it apart from other cities in the USA.

In addition to that, there are numerous activities that tourists can indulge in. Famous landmarks include the Gateway Arch and the historic courthouse of the Dred Scott decision, amongst many others.

However, when it comes to the safety factor of St. Louis, it is relatively unsafe, but most criminal activities are limited to certain dangerous parts of the city. 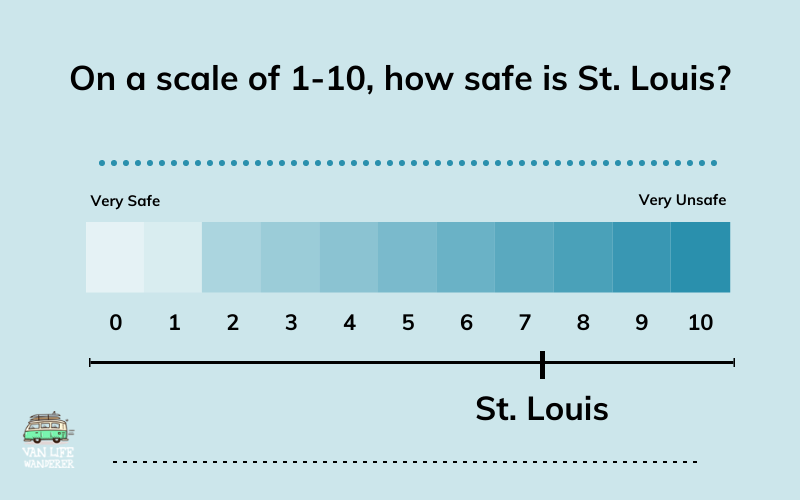 However, you should keep in mind that violent crime is concentrated in certain areas that a visitor wouldn’t want to visit anyways and if you stick to the tourist areas, you can have a relatively safe visit.

Here’s a graph showing you how St. Louis’ crime rate compares to other major U.S. cities. 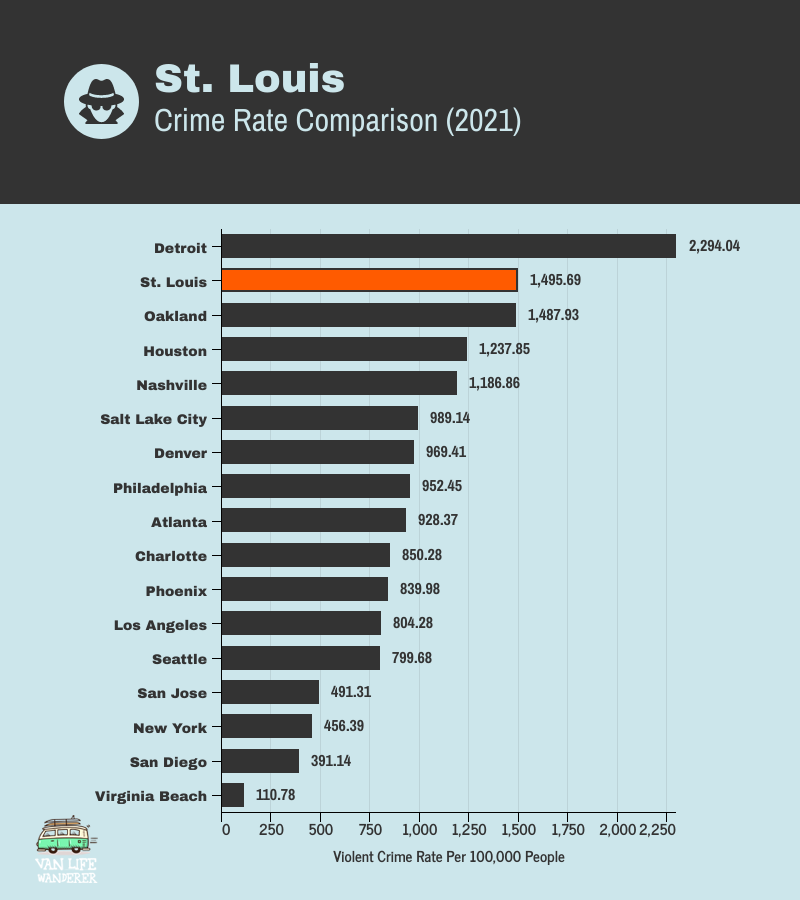 Here’s a graph showing you how St. Louis’ crime rate compares the most dangerous cities in the U.S. 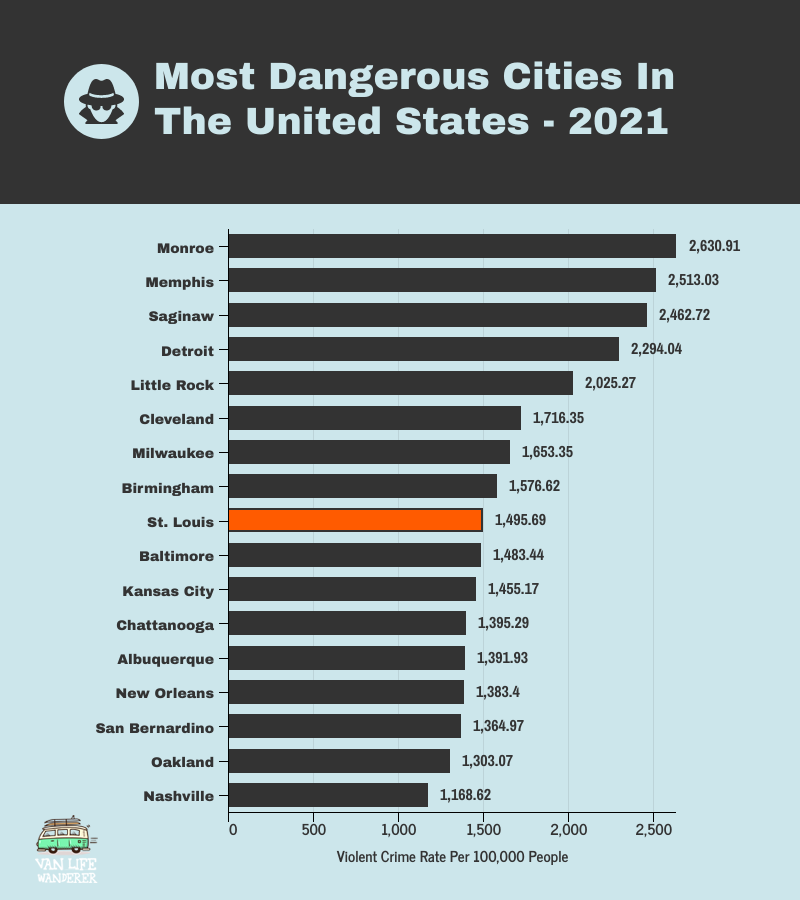 Here’s a graph showing you how violent crime has trended in St. Louis over a 12 year period. Violent crime peaked in 2017. 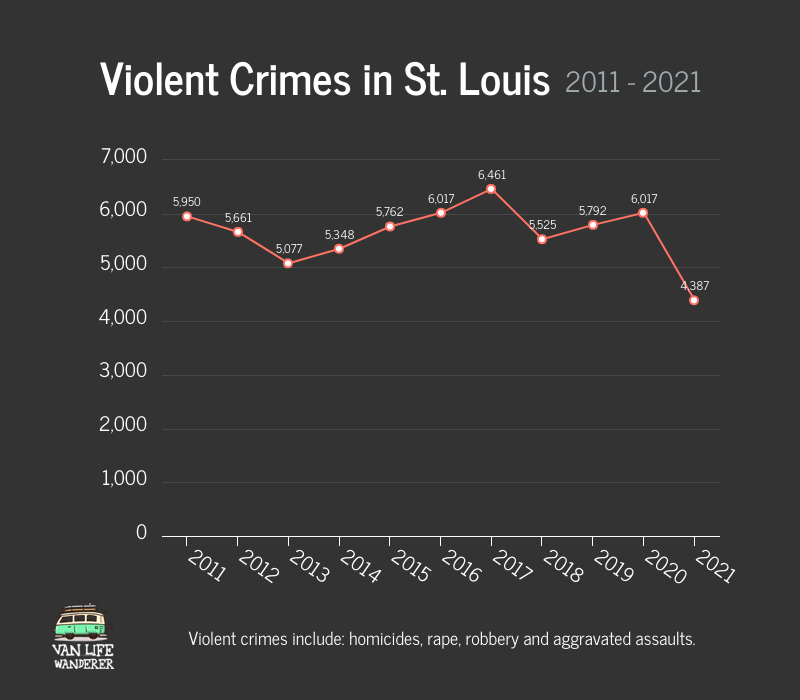 Here’s a graph showing you how murders has trended in St. Louis over a 12 year period. Murders peaked in 2020. 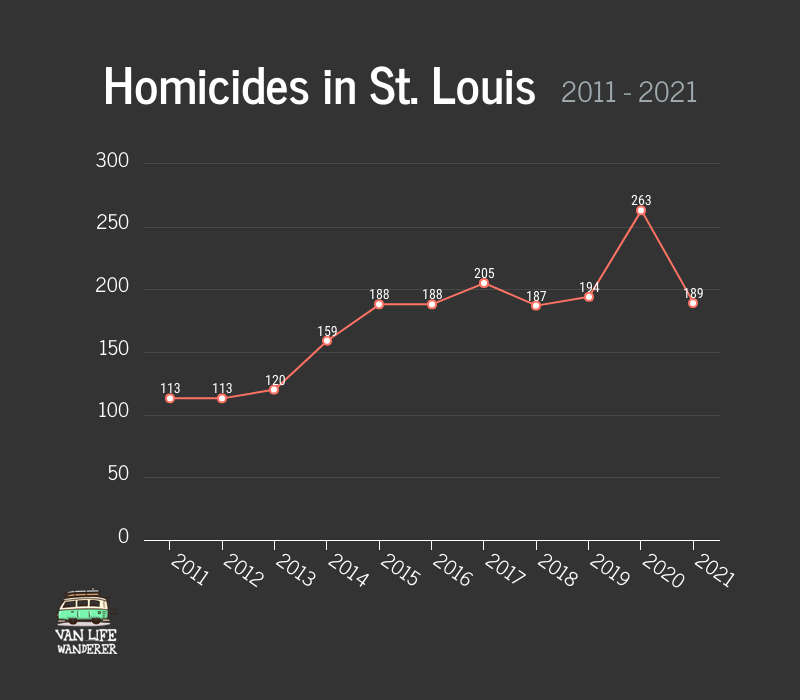 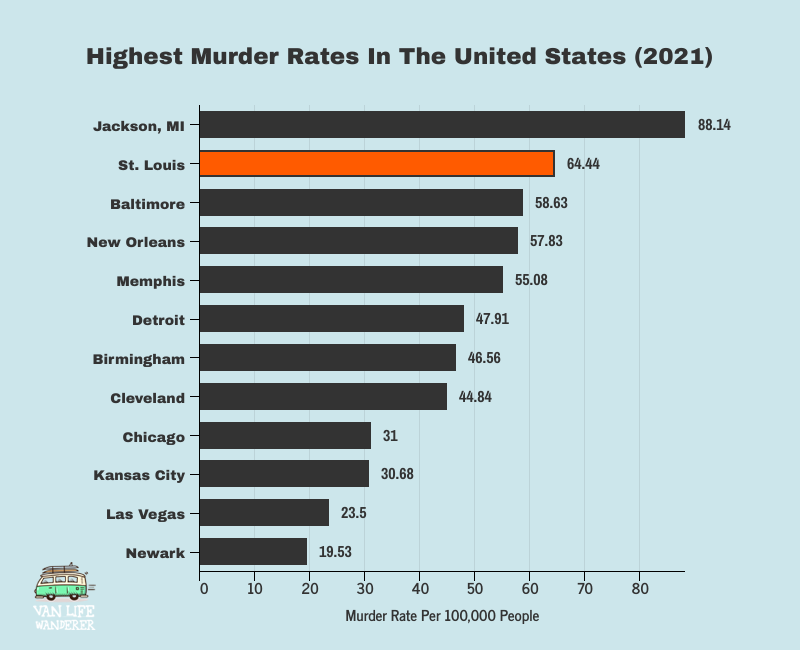 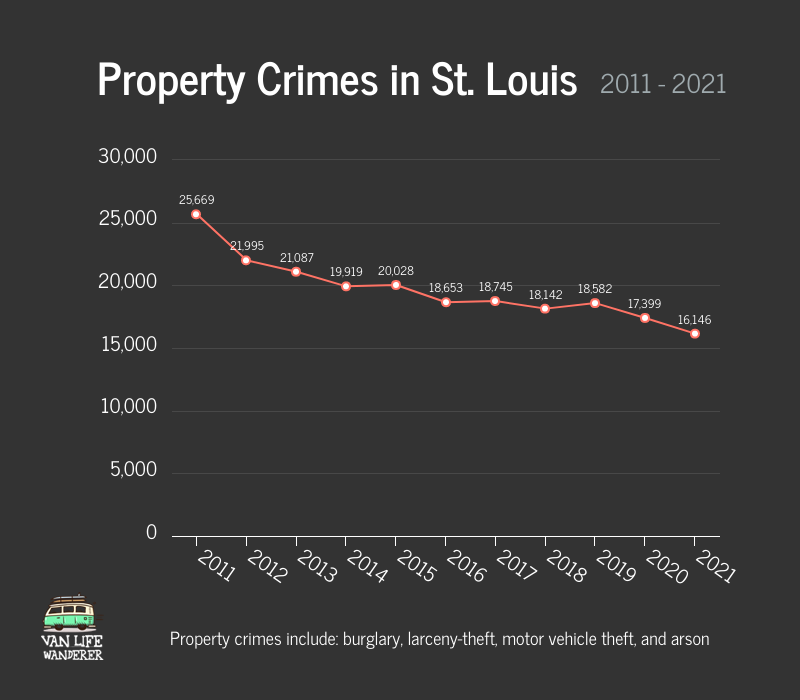 What do residents say about the safety of St Louis?

One resident says to avoid North St. Louis; "Pretty much all of north St. Louis is a hellhole. Avoid at all costs."

Another resident when talking about East St. Louis mentioned that crossing the river into East St. Louis "means immediate death. Riding the Metro through East STL is like stepping into Fallout 3. The 5th and Missouri stop may as well be called Homicide and Knifepoint."

A resident who worked in East St. Louis says from his work window he saw "a woman defecate in the streets waiting for a train to pass, hundreds of drug deals, high speed car chases, and endless prostitutes."

Downtown St. Louis is not the safest area in St. Louis and has it share of problems, including an abundance of crime and property theft.

Is St Louis safe to walk at night?

Walking alone at night in certain parts of St. Louis is not a good idea. It is best to take a cab or call an Uber to get to your destination.