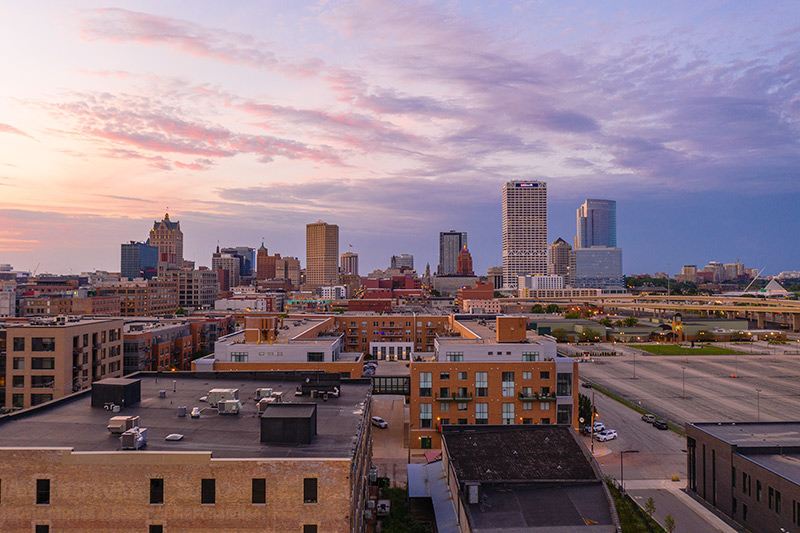 But do the statistics and news report tell the full story?

Let dig a little deeper and check out the stats, the maps, and hear from the actual residents of the city as to whether or not Milwaukee is safe to visit.

How much crime is there in Milwaukee?

According to statistics recently released by the FBI, Milwaukee had the 7th highest violent crime rate in the country in 2020, 1,629.70 incidents per 100,000 residents.

Milwaukee Mayor Tom Barrett placed the blame of rising crime on the pandemic, citing, "economic pressures and the tension that comes from not being able to circulate in the community led some to domestic and gun violence."

Here’s a breakdown of all the crimes in the city for 2020:

**All data is from the 2020 Milwaukee Police Crime Stats Report**

As of October 2021, there have been 148 homicides reported in the city, which is an increase of 8 more homicides at the same period last year. Here is a map showing you where all the homicides have taken place during the course of the year: 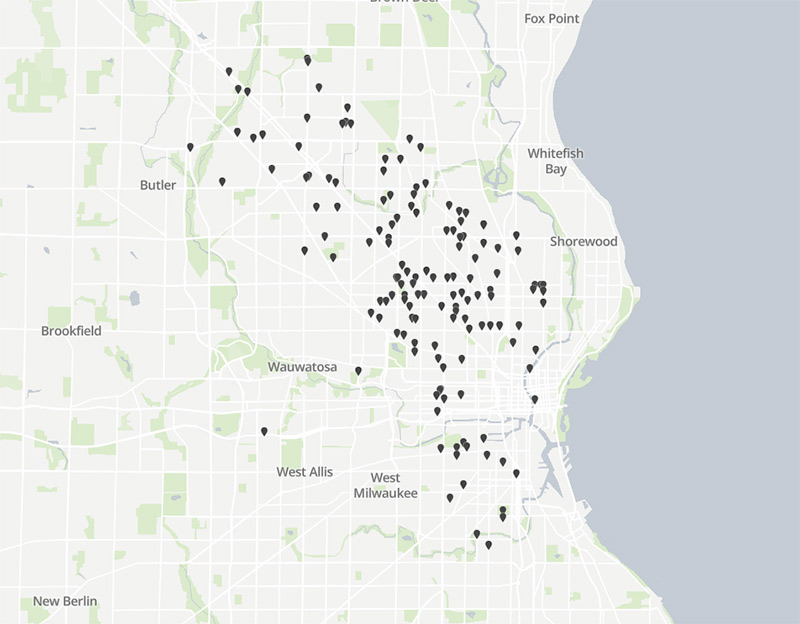 As you can see from this map of Milwaukee, the heaviest concentration of crime is centered around the north side of the city.

Is Downtown Milwaukee safe to visit? 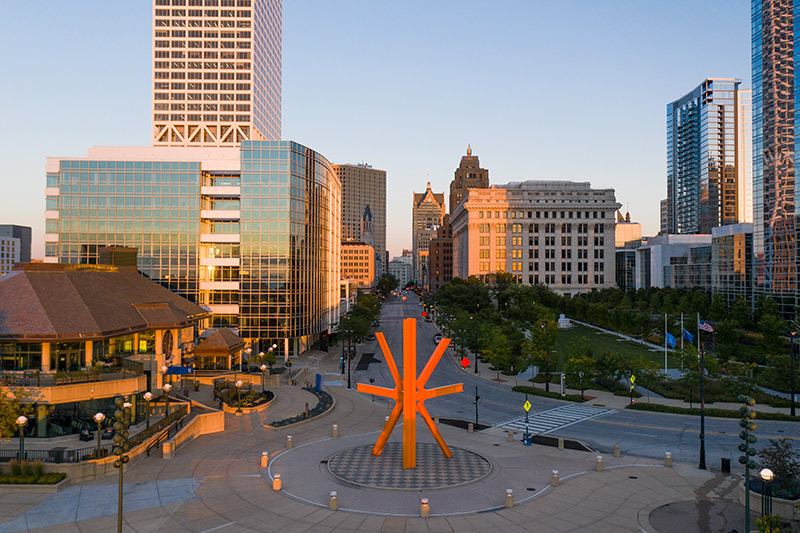 Downtown Milwaukee, like the rest of the city is a patchwork of safe and not so safe areas.

There was a recent new story on CBS58 which called to the attention of the safety of Downtown Milwaukee, where residents complained about "reckless driving, people openly drinking, firing off guns, fighting and breaking glass."

One woman who lived in Downtown for two year said she feared for her safety, “I mean after 8 ‘o clock, as a woman, I won’t really go outside by myself. The streets are just packed and it’s just not a safe place where you feel at night anymore. The other weekend I probably heard like 10 rounds. I was told that somebody opened fire inside one of the bars on the block as well, so yeah, it’s pretty scary.”

Another resident advised "don’t go west of Marquette, south of Clybourn, North of Juneau Ave, and East is fine, so long as its not west of Holton."

What do residents of Milwaukee say about it’s safety?

Police Chief’s Ed Flynn’s Tips For Not Getting Shot

In 2016, Milwaukee’s then police chief Ed Flynn, released his four simple rules for not getting shot during a press conference about violence in the city,

After public backlash and ridicule, Flynn retired his list, but not before defending it, saying he was trying to explain to law-abiding people that they shouldn’t be afraid in Milwaukee.

Is it safe to drive/walk around at night?

Milwaukee can be a safe place to drive or walk around at night as long as you avoid the sketchy neighborhoods. You should be familiar with the layout of the city. You should have a sense of which neighborhoods are good and which ones are bad.

Know where you are going. Driving or walking around aimlessly can land you in a bad neighborhood.

Another thing to consider is your most likely to be a victim of crime if you are by yourself. It’s not recommended that you walk late at night by yourself, especially in a city that you are unfamiliar with.

Common sense dictates that you stay in well-lit areas, avoid alleys, and stay aware of your surroundings.

It should be noted that Milwaukee is highly segregated. It is consistently ranked on list of most segregated cities in the country.

Even Milwaukee Bucks president said it is one of the “most segregated, racist place I’ve ever experienced in my life."

Milwaukee is a city that has within its borders, another city. That other city is called the “North Side”, surrounded by an unseen wall of segregation.

Within the borders of the “North Side”, many people live their lives, generation after generation, on the brink of poverty if not in poverty.

Possibilities of decent education and employment are close to zero.

Cultural events, art exhibits, modern and sustainable urbanization, a little bit of nature – these are all unheard of in this “North Side” city.

The lack of employment opportunities and quality education acts as a giant void filled by hopelessness, anger, street gangs and violence toward those on the other side of the segregation walls.

Here is a much showing you how segregated the city is: 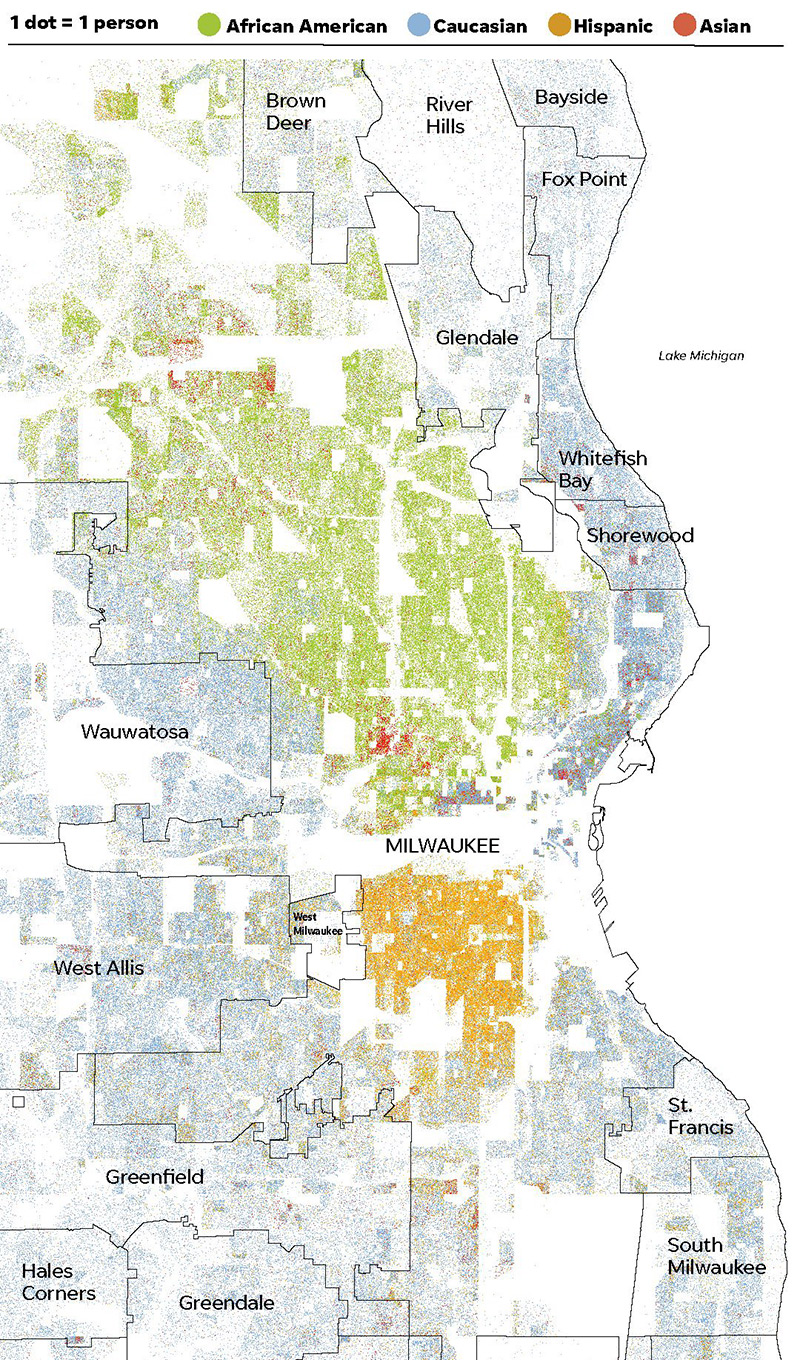 So, is Milwaukee safe?

There are no guarantees in life but you can definitely mitigate the chances of something bad happening if you take time to learn the layout of the city, stay out of the dangerous neighborhoods and be attentive to your safety with the tips above.

There are still some very dangerous parts of Milwaukee, most notably the Northside. However, for the average visitor who is likely to place themselves in Downtown or outside of the Northside, Milwaukee can be a safe place to visit.