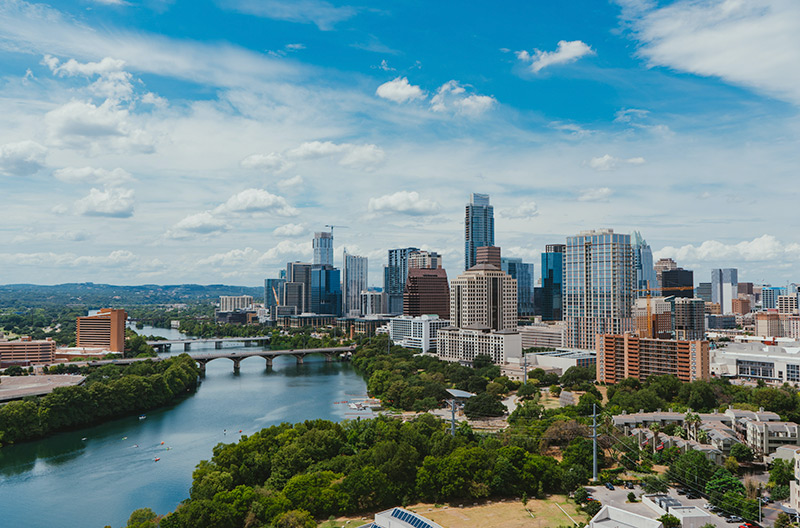 Austin is one of the fastest-growing and most beloved cities in the country. It is a vibrant city full of musicians, artists, entrepreneurs, cowboys, and everything in between.

If you are thinking about visiting the city and have some questions regarding its safety, we have you covered. We deep dived into the statistics, crime reports and talked to the residents of the city to give you a better understanding of how safe the safe the city really is. 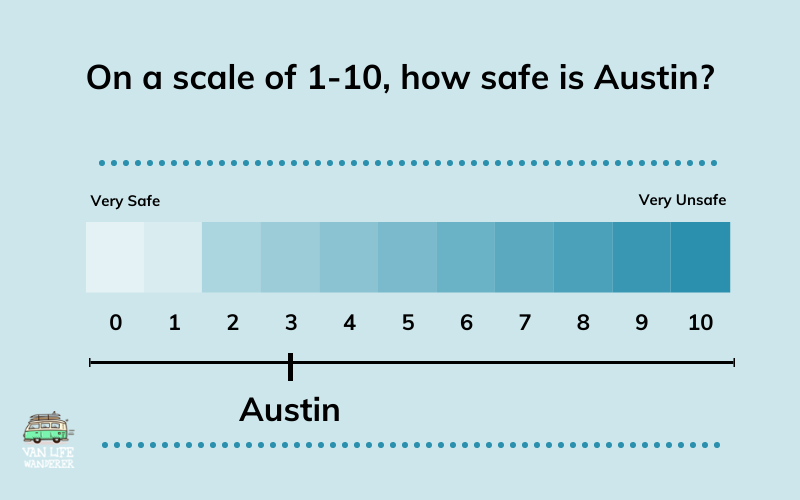 Statistically speaking, Austin is a moderately safe place to visit. In 2021 Austin had a violent crime rate of 518.16 incidents per 100,000 residents. It’s crime rate is 30% higher than the national average.

Here’s a graph showing you how Austin’s crime rate compares to other major U.S. cities. 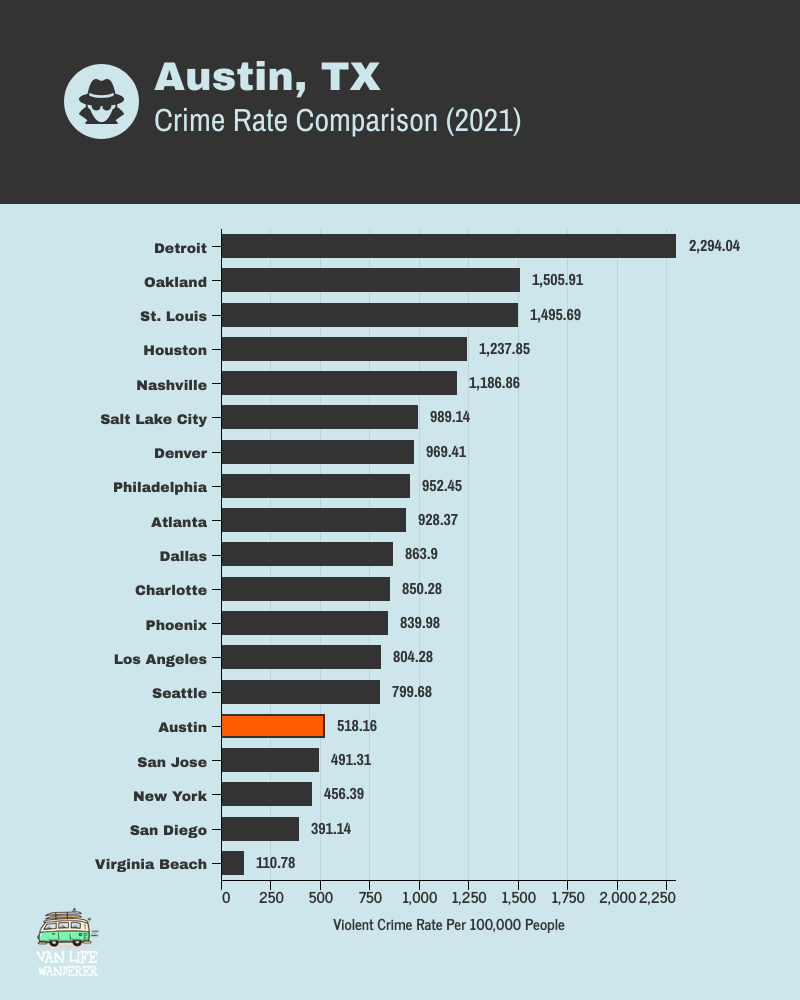 Here’s a graph showing you how Austin’s crime rate compares to the most dangerous cities in the United States: 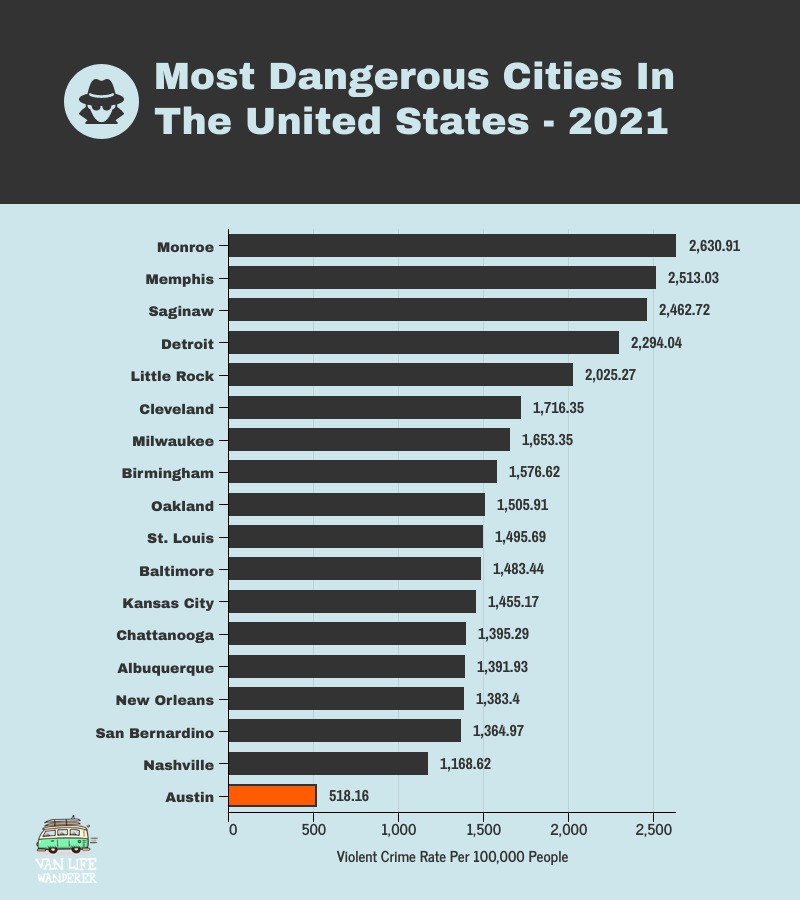 Here’s a graph showing you how violent crime has trended in Austin over a 12 year period. Violent crime in Austin has been steadily increasing. 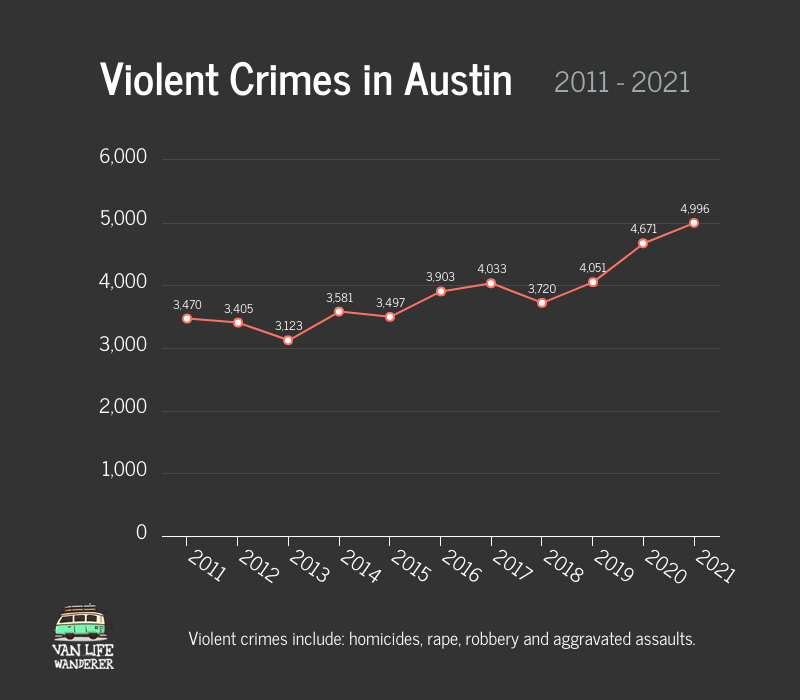 Here’s a graph showing you how murders has trended in Austin over a 12 year period. 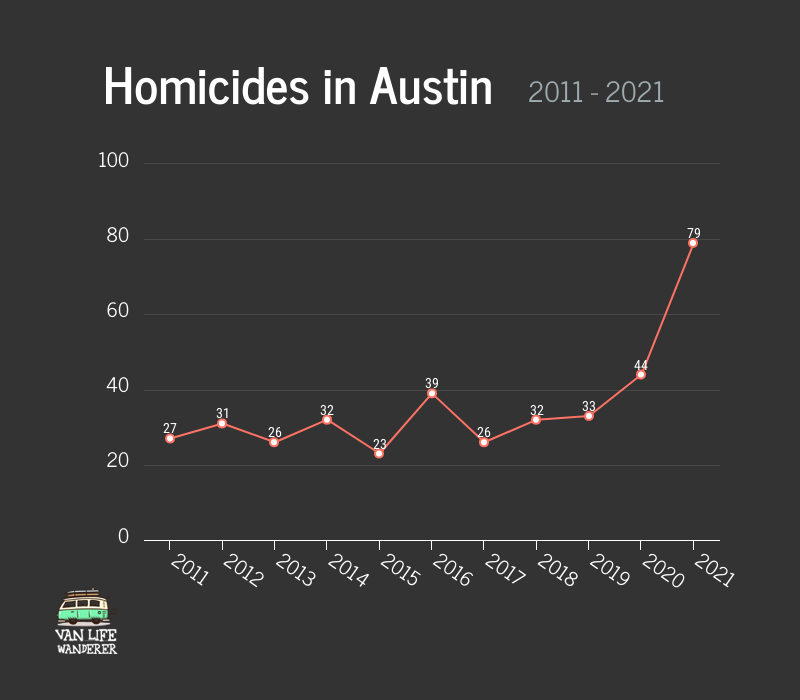 Here’s a graph showing you how property crime has trended in Austin over a 12 year period. 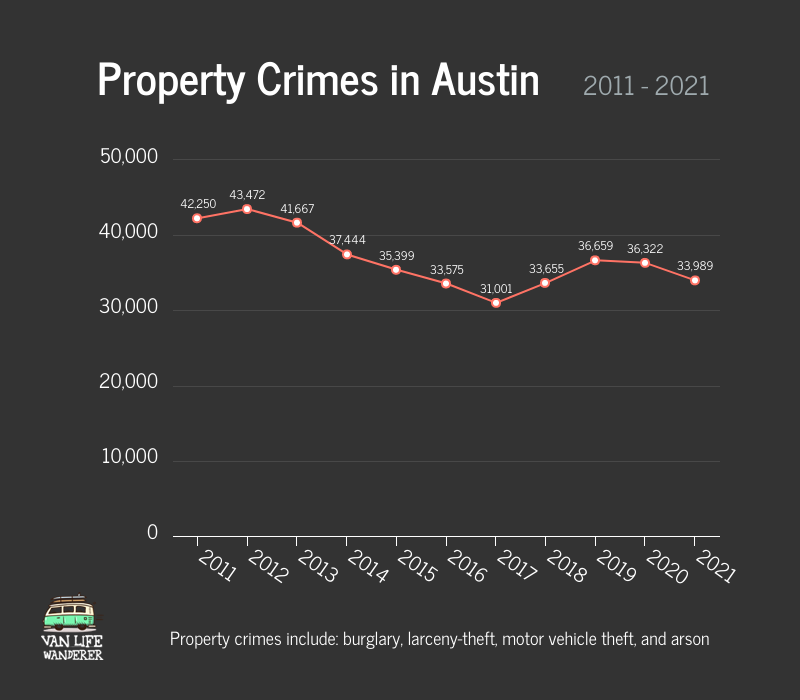 Austin’s Crime Rate vs The Rest Of Texas

Here’s a graph showing you how Austin’s crime rate compares other cities in Texas. Austin has a similar crime rate to Fort Worth and Arlington. 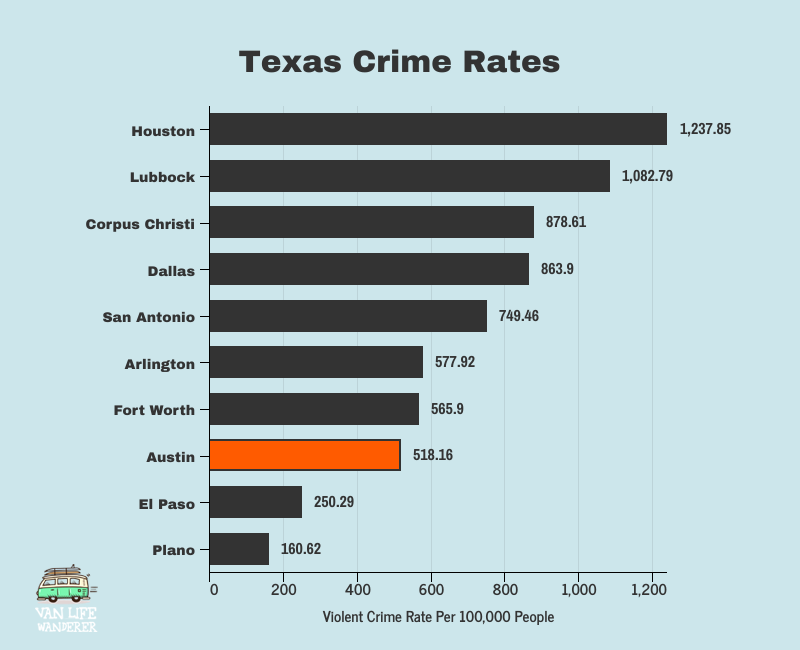 During the pandemic there has been a meteoric rise in the theft of catalytic converters from cars. Catalytic converters contain precious metals such as rhodium, platinum, and palladium, which thieves can offload for a nice sum at scrap yards.

Austin Police data shows that 1400 vehicles have had their catalytic converters stolen in the months from January to August of 2021 – which is a staggering 704% increase from the previous year.

Repair and replacement of catalytic converters average between $1000-$4000.

Downtown Austin is a generally safe area to visit. There is a small problem area in downtown known as ARCH, which is a resource center for the homeless. It is located on 7th and Neches and if you ever been to Skid Row in Los Angeles, the ARCH is very similar but on a much smaller scale. The area around ARCH can be sketchy, so you might want to make note of it and avoid it. 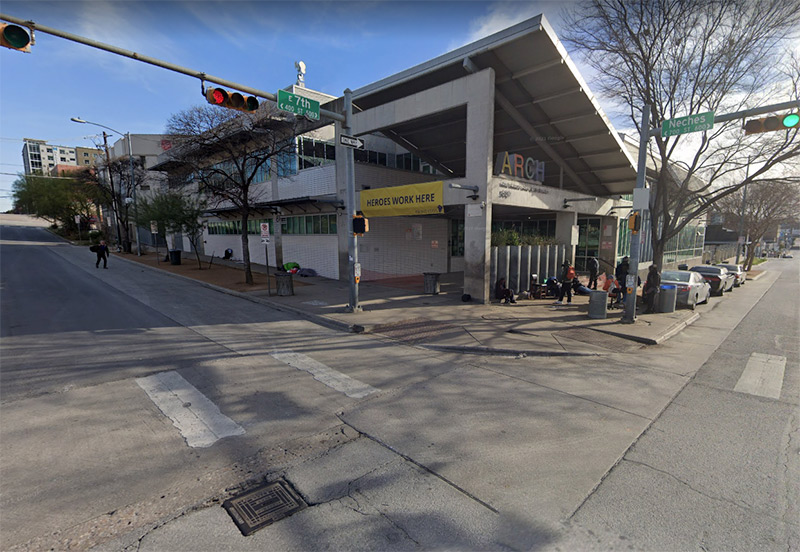 Many of the residents of Austin only complain about the homeless as being the biggest problem to downtown.

While visiting downtown you might encounter panhandlers and homeless people with mental illnesses that blurt out random things, but if you don’t acknowledge them and keeping moving forward, you shouldn’t have any problems.

What do Residents of Austin say about its safety

Is Austin safe at night?

Even though Austin is very safe city, we don’t recommend you walk alone in unfamiliar areas at night.

If you are out and about at night, stay in well lit areas, avoid alleys and turn around if you find yourself in an unsavory area and always be aware of you surroundings.

Austin is a great place for solo travelers and a safe one too. There are very few unsafe parts and the parts that are unsafe are relatively mild compared to unsafe areas of cities like Oakland, Albuquerque, Milwaukee, Memphis, and Nashville.

We do not recommend you visit the eastside of Austin and areas around the ARCH of downtown at night as they tend to be the sketchiest parts of town.

Combing through the crime statistics and taking into account testimonies from residents, Austin is a pretty safe city to visit.

For a city of its size, the crime rate is low and the main thing you would need to worry about is someone stealing your car or the valuables in your car.

Austin is one of those cities where you are going to be generally safe wherever you go. Even the ‘problem area’ of the eastside is turning around and making great strides in the opinions of residents of the city.

If you have ever visited a major metropolitan like Los Angeles, Chicago, or Atlanta, then Austin is a walk in the park compared to those cities.

However, this should not mean that you throw all caution to the wind. Always be aware of your surroundings and use common street smarts.

Austin is a beautiful city, with a great mix of culture and diversity and we hope you enjoy your visit!