Houston is the 4th largest city in the United States and is one of its most culturally diverse. It’s a vibrant city that has sports teams galore, museums, rodeos, and a multitude of things to do. No wonder millions of visitor flock to the city every year.

If you are thinking about visiting Houston and have qualms about the safety of the city, we got you covered. We deep dived into the statistics, crime reports and talked to the residents of the city to give you a better understanding of how safe the safe the city really is. 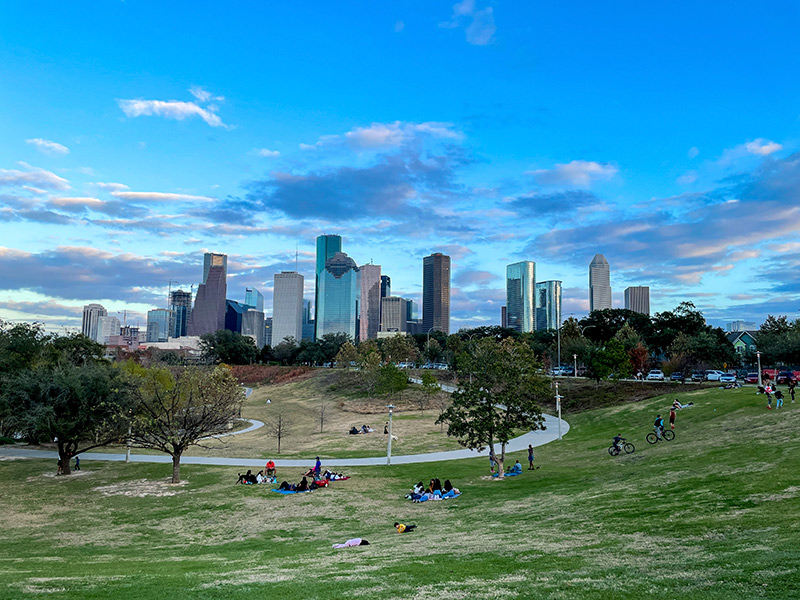 Statistically speaking, Houston is a not the safest city and has an eleveated violent crime rate, property crime rate and murder rate.

Here’s a graph that gives you a better perspective on Houston’s crime rate. 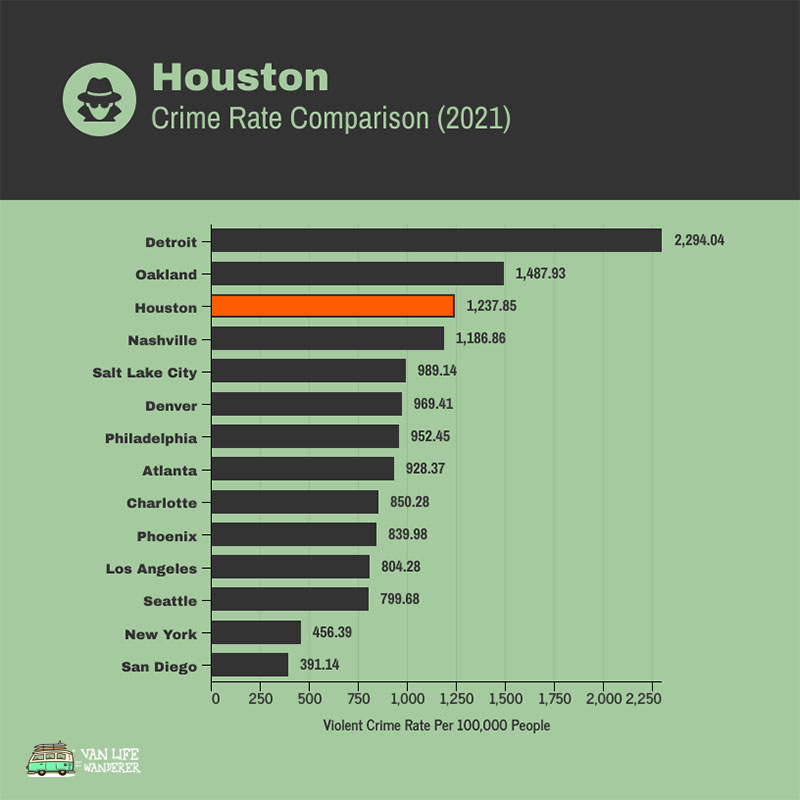 Here’s a table showing you Houston’s crime rate over the last 4 years:

Houston has a similar violent crime rate to cities like New Orleans, Houston and Nashville

You have a 1 in 88 chance of becoming a victim of violent crime in Houston.

Here’s a graph showing you how violent crime has trended in Houston over a 12 year period. 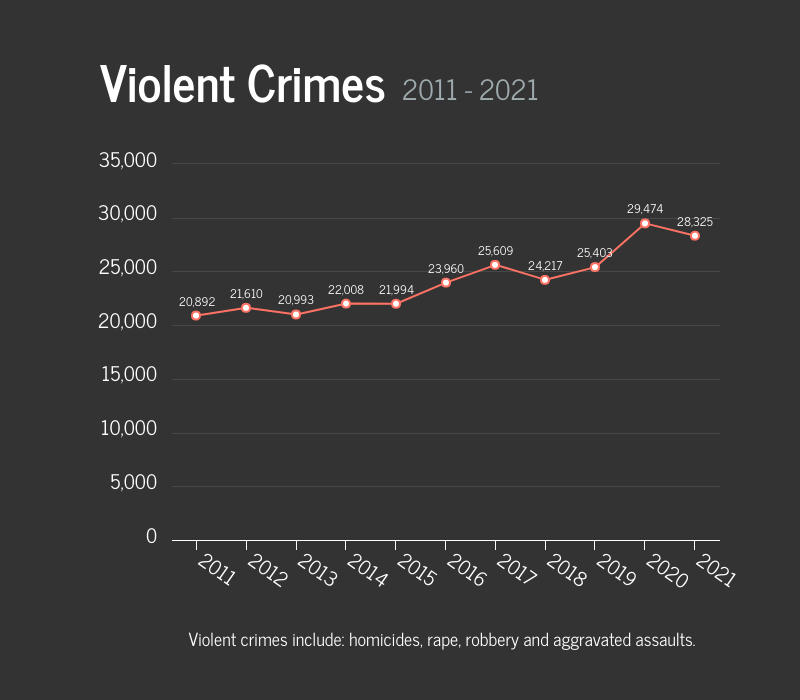 464 murders is the most amount of murders in Houston in the last 30 years. The record was set in 1991 when 608 murders were reported.

Houston has a similar homicide rate to cities like Cincinnati, Milwaukee and Indianapolis.

You have a 1 in 4,952 chance of becoming a victim of murder in Houston.

Here’s a map showing you how murders have trended over the last 12 years in Houston. Murder in the city has dramtically increased since 2020. 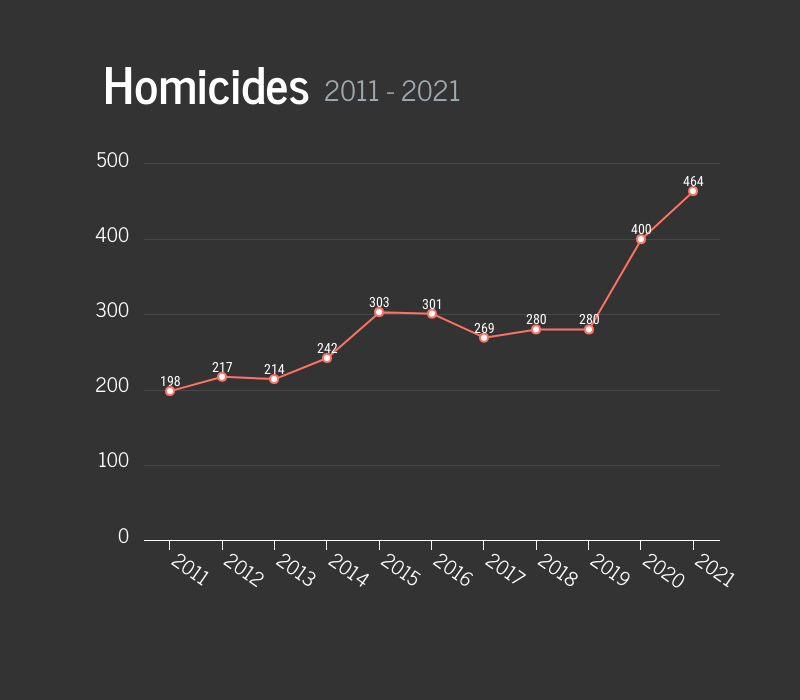 Here’s a map showing you the locations of all the murders in Houston in 2021. 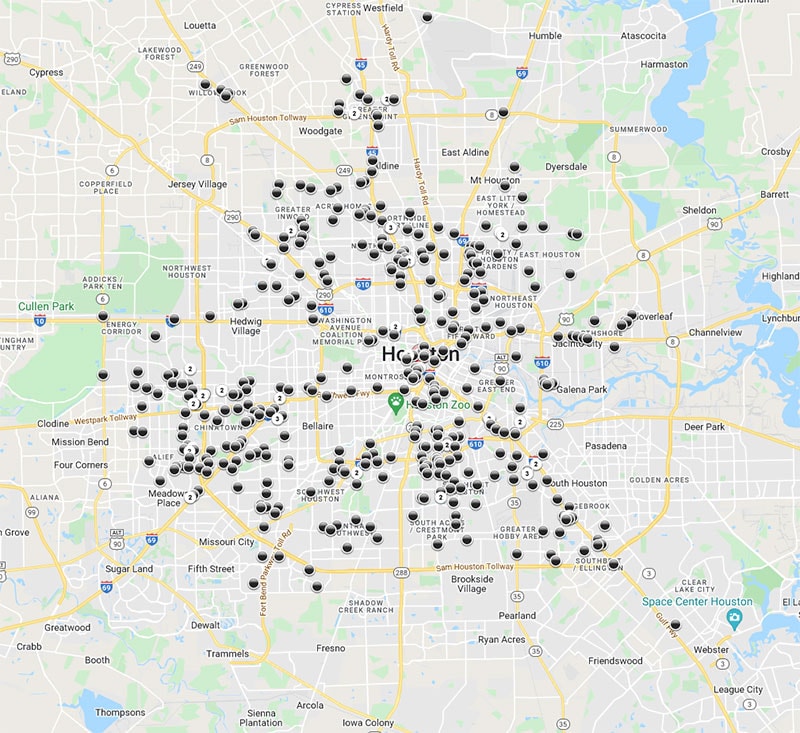 Year over year property crime has decreased by 2%.

Houston has a similar property crime rate to Houston, Lousiville, and Fort Lauderdale.

You have a 1 in 24 chance of becoming a victim of property crime in Houston.

Here’s a map showing you how property crime has trended in Houston over a 12 year period. 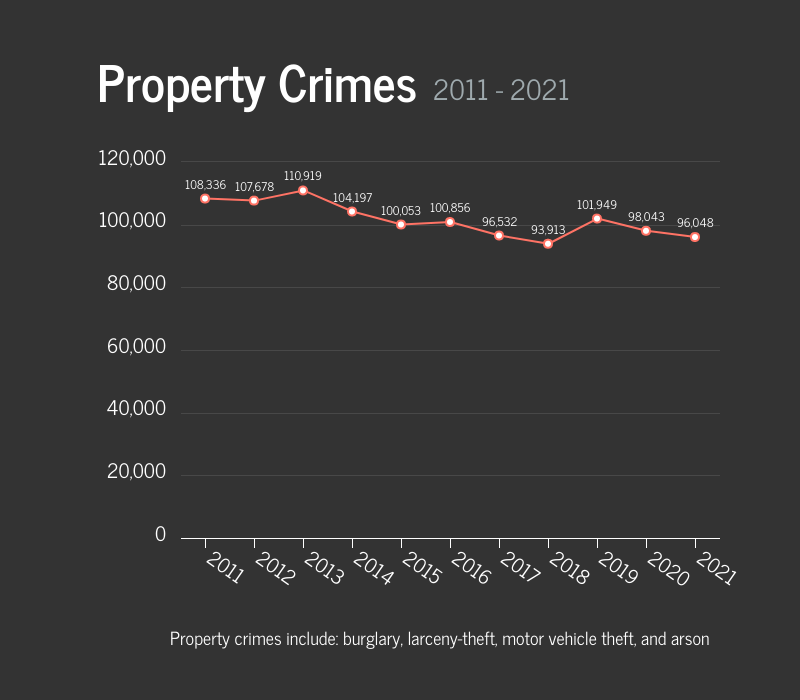 How much has crime increased in Houston?

During the last few years there has been a staggering rise in the theft of catalytic converters from cars. Catalytic converters connect to the exhaust pipe and contain precious metals such as rhodium, platinum, and palladium, which thieves can sell for a tidy sum at car scrap yards.

In order to prevent thefts, the Houston Police Department has suggested etching your license plate number or VIN into the converter, painting it with high temperature and bright paint and or installing a skid plate or large cover.

The Most Dangerous Neighborhoods in Houston

Here’s a map showing you the worst neighborhoods in Houston according to residents: 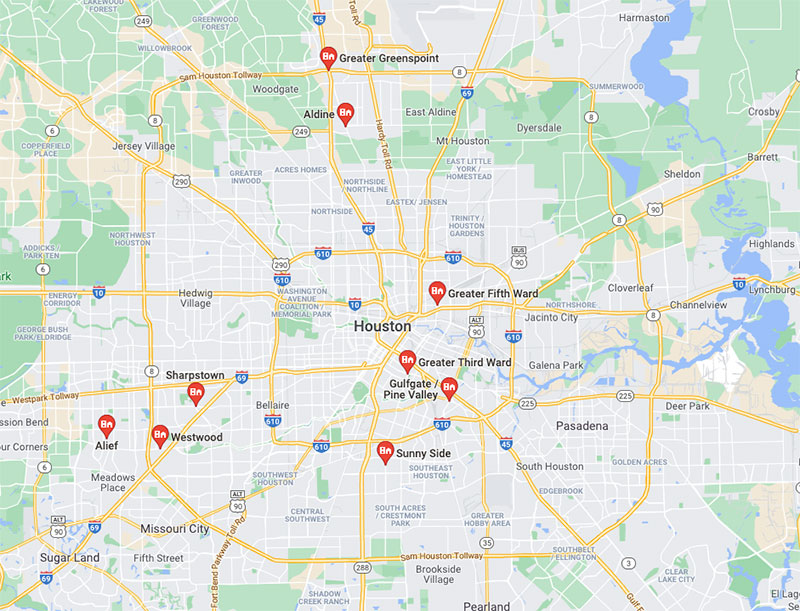 Is the Third Ward in Houston Safe?

The 3rd Ward is not safe and one of the most dangerous parts of Houston. It is a low-income, high crime area. Drugs, poverty and lack of mental health services have created a really bad dent in the community

Downtown Houston is safe to visit if you stick towards certain sections of downtown. The theater district is nice. It has a wide range of entertainment and has a large number of people attending concerts, musicals, opera, baseball and basketball games, night clubs, restaurants, and Convention Center events throughout the year. The commercial areas such as Market Square and the connecting bars and food halls are nice as well.

East Downtown or ‘Eado’ doesn’t have the best reputation and many residents say there is not much going there anyways.

What do Residents of Houston say about its safety

The Wards Of Houston 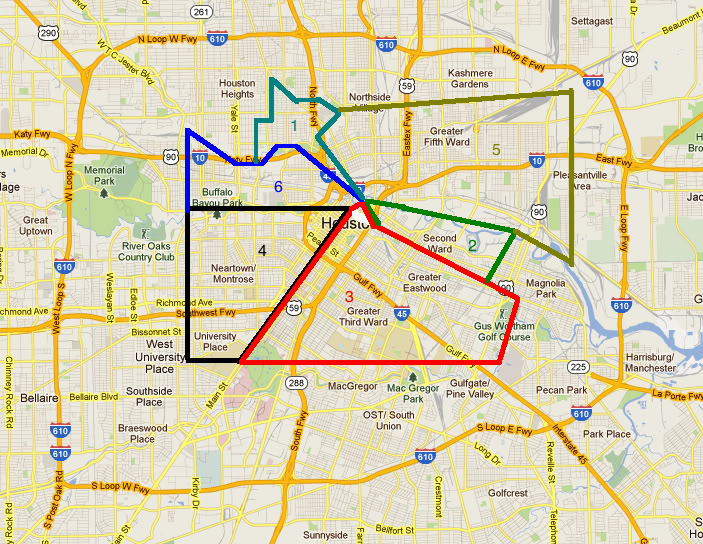 Is Houston safe at night?

Like any large city, there are areas where you shouldn’t think of going at night, namely the 3rd or 5th ward. These are the most dangerous areas and even long time residents have qualms about going there.

In some places, Houston can be a completely different place at night than it is in the daytime. Which is why we do not recommend that you walk alone around Houston at night. If you can’t find someone to travel with, stay in well lit, crowded areas. Avoid alleys and turn around if you find yourself in an sketchy part of town.

Understanding the layout of the city and knowing which areas to avoid goes far in staying safe in Houston.

Before you go anywhere you should either have experience going there before, or have researched the area.

For example, if you want to check out a new part of town at night, you should already know some of the basic about the area, which parts of town to avoid and where you can find help, if you need it.

Houston can be a safe place to travel alone as long as you know which areas to avoid. Houston is a BIG city, and there are risks involved when you’re in a big town by yourself. As well as being more of a target for petty theft.

Tips to stay safe in Houston

Crime rates in Houston are above the national average in all categories. The city consistently ranks in the top 20 most dangerous cities in the U.S., but it doesn’t mean it’s unsafe to visit. Like with all major cities, it’s important to utilize your street smarts, be vigilant, and get knowledgeable of the safest and most dangerous areas of the city.

The two most dangerous areas in Houston are the third and fifth wards, and these neighborhoods should be avoided both day and night if possible.

Be aware of catalytic converter thieves. Follow the tips mentioned above to help reduce your chances of being a victim.

Above all, enjoy the city of Houston. It is a great city with a lot to offer and to experience!