The Northern Lights are an awe-inspiring dance of wondrous colors in the night sky. A spectacle so glorious that everyone needs to see once in their life.

When you think of the Northern Lights, places like Norway, Canada, Iceland and Alaska immediately come to mind, but you’ll be surprised to learn that the northern lights on a rare occasion make their way south of the United States.

Can You See the Northern Lights in Chicago? 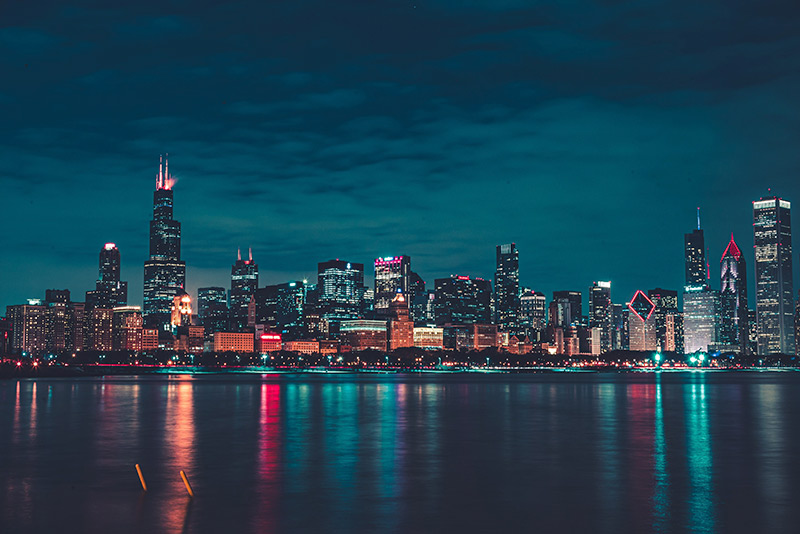 It’s not uncommon for the northern lights to actually reach Chicago, however seeing it in Chicago is very improbable, if not impossible.

There are few things working against seeing the northern lights in Chicago.

Light pollution is the ever present light from our cities that gets into the atmosphere, causes all atmospheric light to scatter and utterly blur out our viewing of the infinite cosmos and the northern lights.

Secondly, Chicago is not close enough to the arctic circle.

In places like Maine, Wisconsin, Michigan and Minnesota and North Dakota, they might only be faintly visible a few times a year. 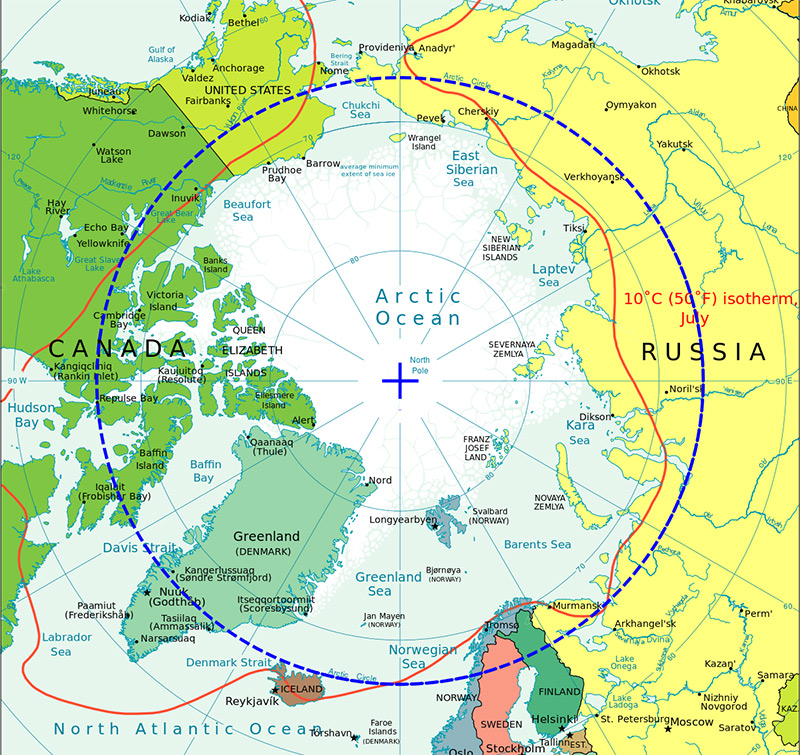 Have the Northern Lights Ever Been Visible in Chicago?

There is NO evidence, photo or video, that points to the Northern Lights ever being visible in the city of Chicago. An astronomer who works at the planetarium, claimed to have seen them once in Chicago, but there was no evidence presented.

What Kind of Conditions Would Make it Possible to See the Northern Lights in Chicago?

To see the northern lights in Chicago, a few criteria would need to be met.

First, a geomagnetic storm would need to hit the earth, which would allow the northern lights to drift south.

Secondly, a massive blackout of the entire city of Chicago would need to take place, which would allow unfettered views of the sky above.

Thirdly, this should all take place on a day of the month when the moon is not full and the sky is devoid of clouds. If the northern lights are weak, which it will be in our case, it can be muddied by the light of a strong full moon.

In addition, clouds are a northern lights hunter’s second worst enemy. While you can travel out of the range of light pollution, out maneuvering clouds is an improbable task.

How Far South Of Chicago Have The Northern Lights Been Visible?

How Far North of Chicago Do You Have to Travel to See the Northern Lights?

Although you can’t see the Northern Lights from Chicago, there are plenty of places nearby where you can see them in their full luminous glory.

Newport State Park is located at the tip of Door Peninsula near Ellison Bay and covers over 2,373-acres.

The International Dark-Sky Association named Newport a Dark-sky preserve in 2017.

A dark sky preserve is a protected area, park or land, that makes a special commitment to reducing or eliminating light pollution in all forms and which serves to promote star gazing and astronomy.

Newport State Park is the perfect place to view the northern lights if you were to make the trek out of Chicago.

Chequamegon is a National Forest in northern Wisconsin that covers over a million and a half acres.

The best spot to view the northern lights from Chequamegon is from St. Peter’s Dome. It offers sweeping, uninterrupted views of the entire forest and the night sky. The only caveat is that you will have to hike 3.8 miles and climb 505ft of elevation. It might not be practical for someone who is inexperienced at hiking at night.

(Related: The Best Places To See The Northern Lights In Wisconsin)

Tips For Seeing The Northern Lights 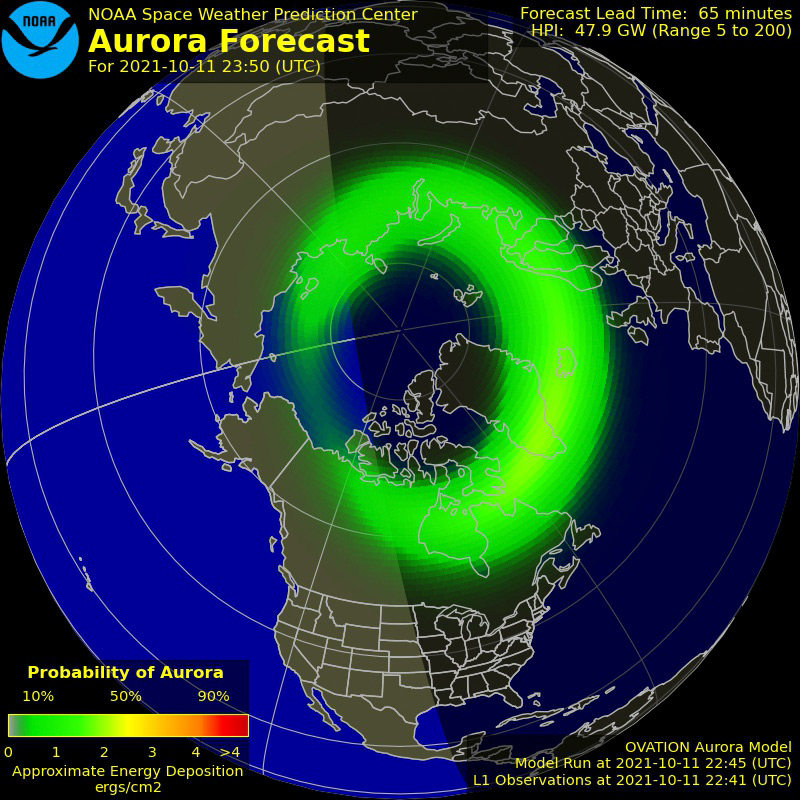 The problem with the northern lights in Chicago isn’t about whether or not they occur in the city, which it does. The problem stems from having an unobstructed view of the lights, which is nearly an impossible task.

Chicago is a major metropolitan city with over 2.7 million people living in it. There are lights emanating from every nook and cranny of the city and as we have mentioned before, light pollution are aurora hunters worst enemy.

Don’t hold your breath waiting for the perfect storm of conditions to see the northern lights in Chicago. You probably have a better chance of winning the lottery while being struck by lightning.

Go north, far away from the light pollution, research the aurora forecast and you will significantly increase your chances of seeing that extraordinary light show in the sky.