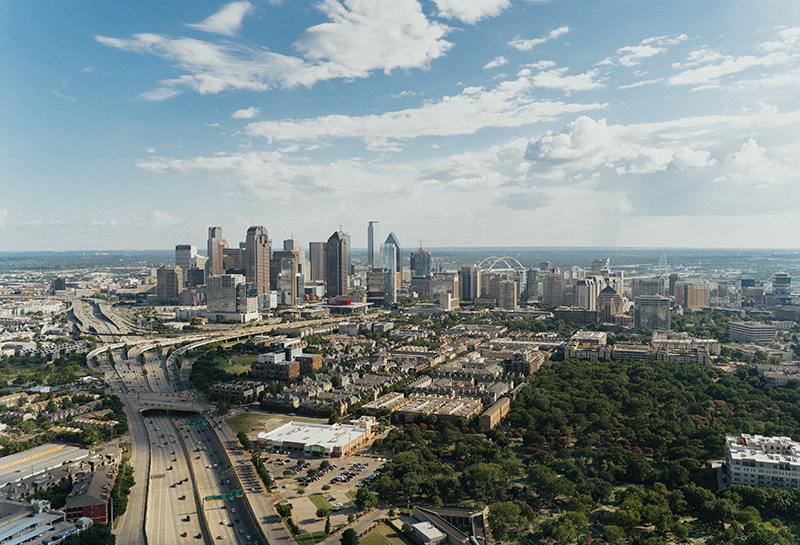 No city in Texas embodies the motto "Everything is bigger in Texas" better than the city of Dallas. Dallas is the second most populous city in Texas and home to the Cowboys, the Mavericks and a slew of other professional sports teams. It is a well rounded city with arts, music, culture and people of all walks of life.

If you are thinking about visiting Dallas and have qualms about the safety of the city, we got you covered. We deep dived into the statistics, crime reports and talked to the residents of the city to give you a better understanding of how safe the safe the city really is. 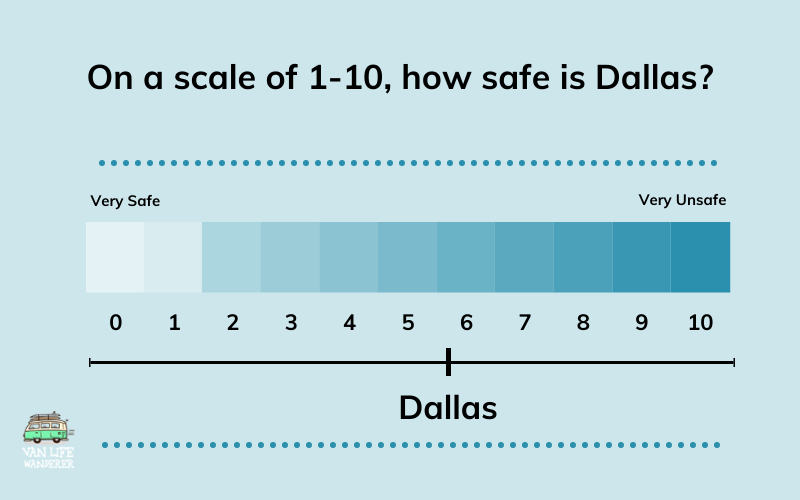 Statistically speaking, Dallas is a slightly unsafe place to visit. In 2021, Dallas had a violent crime rate of 863.90 incidents per 100,000 residents, which is more than twice the national average. 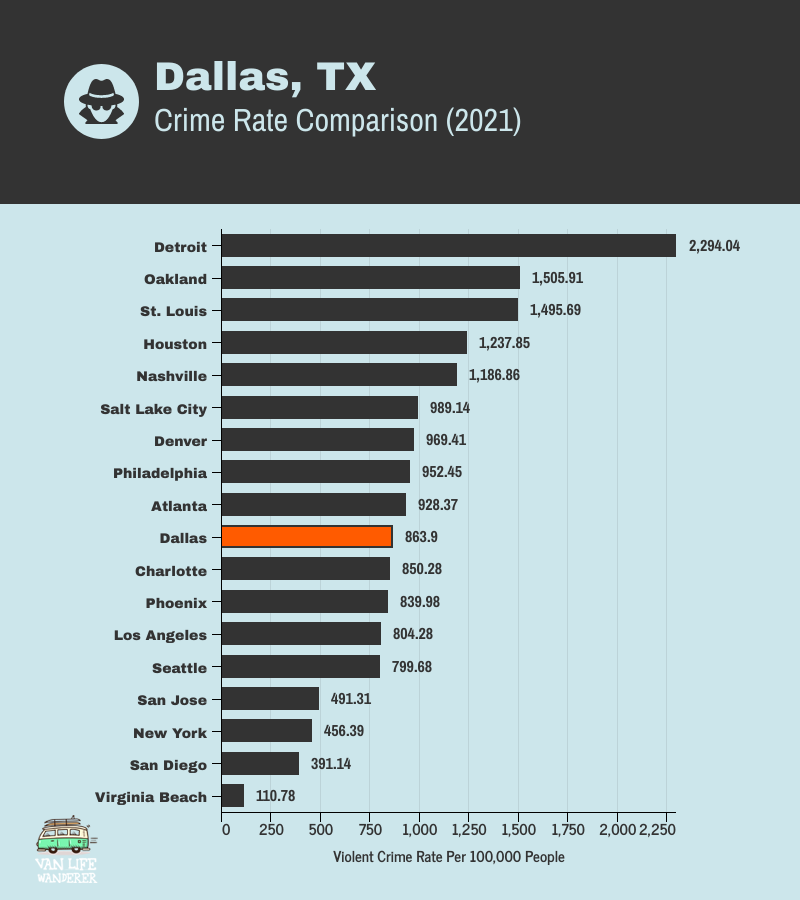 Here’s a chart to give you some perspective on how Dallas’ crime rate compares to the most dangerous cities in the United States: 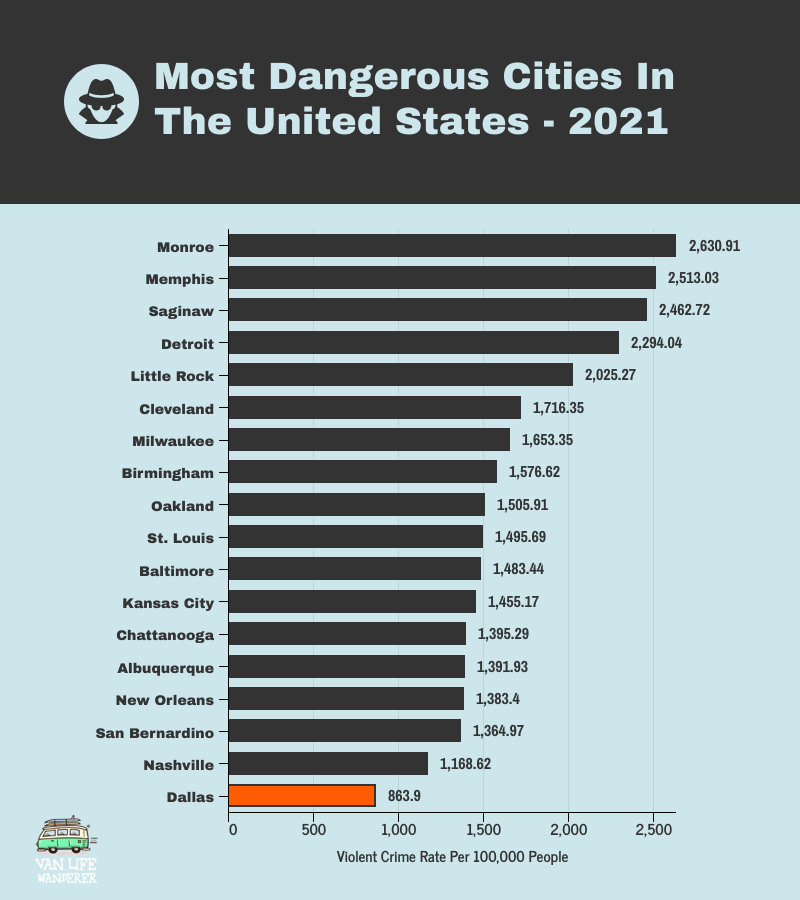 Here’s a graph showing you how violent crime has trended in Dallas over a 12 year period. 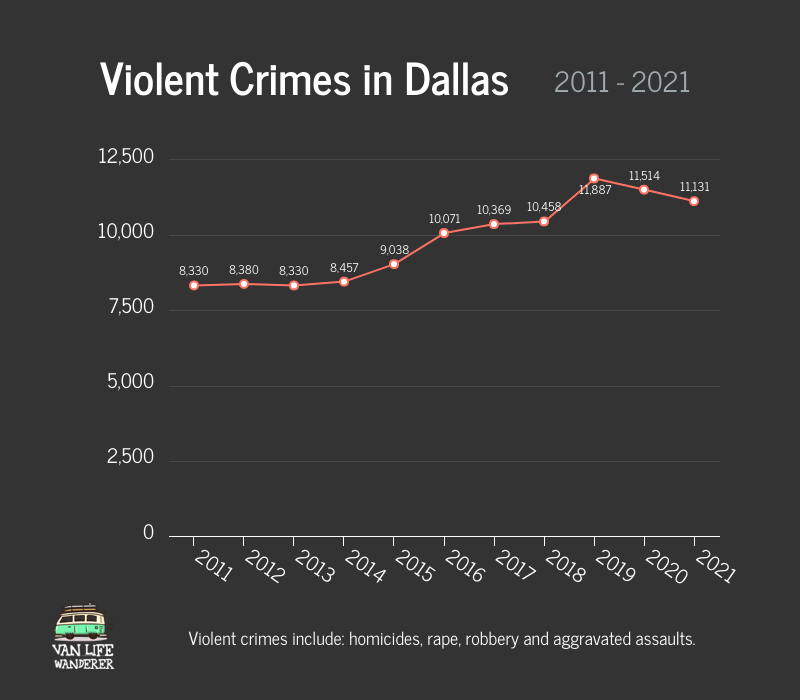 Here’s a graph showing you how murders has trended in Dallas over a 12 year period. 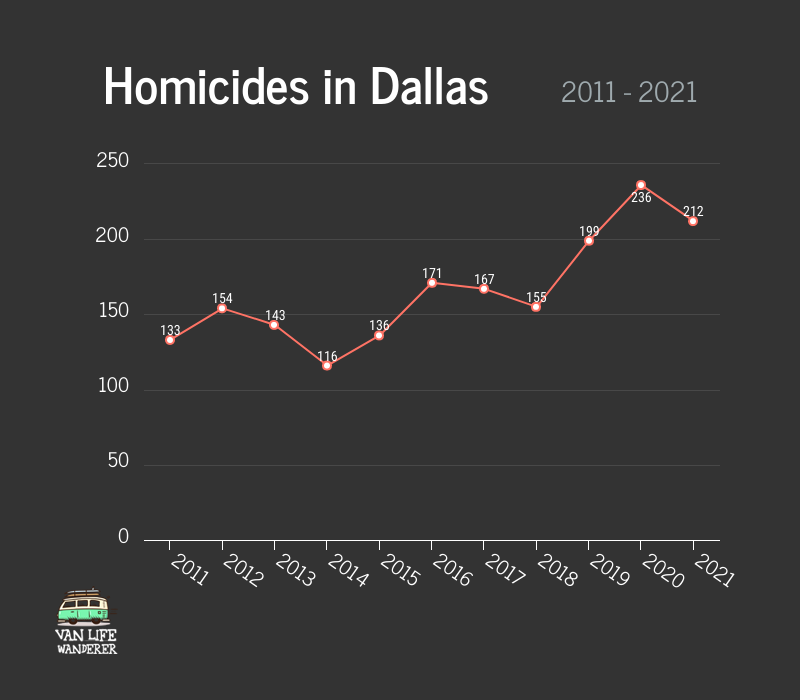 Here’s a graph showing you how property crime has trended in Dallas over a 12 year period. 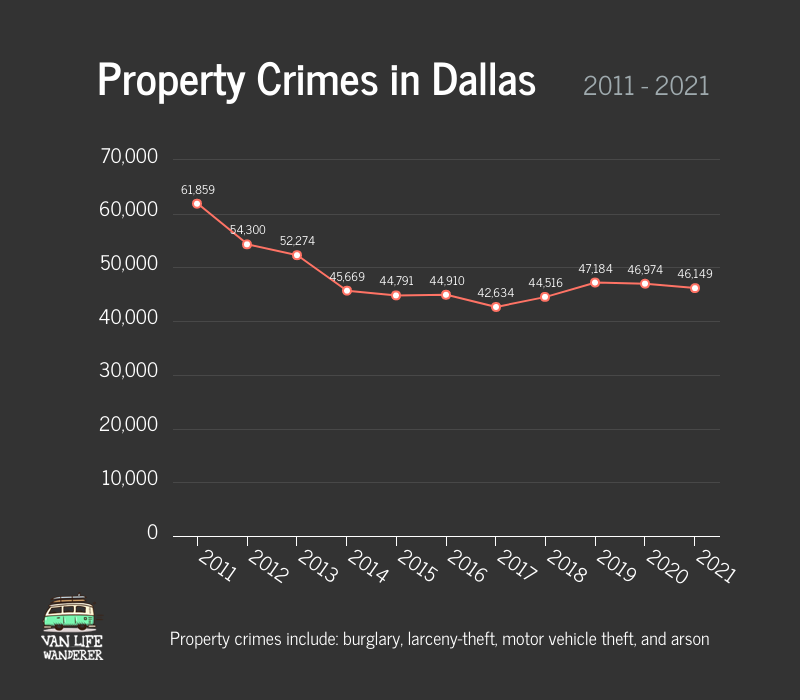 Dallas’ Crime Rate vs The Rest Of Texas

Looking at the chart below, you can see that in terms of violent crime, Dallas ranks 4th highest crime rate among the most populous cities in Texas. 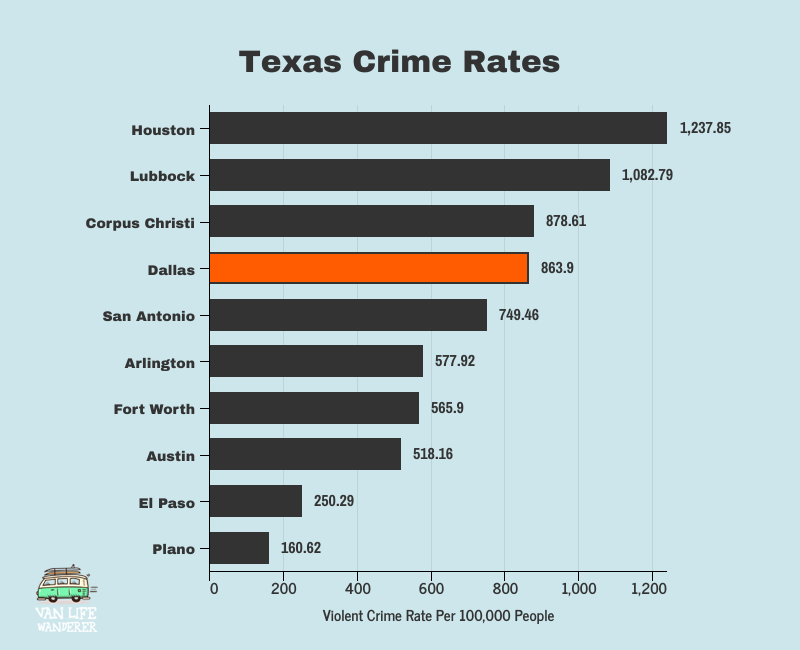 Violet Crime In Dallas Is Concentrated In A Few Small Areas

Historically, beats 318 in the Southeast Division , 454 in the Southwest Division, 744, and 731 in the South Central Division have consistently ranked as the most violence-prone areas in Dallas.

Downtown Dallas is a generally safe area to visit. If there is a special event, it’ll be pretty busy around the venue but for the most part it is pretty deserted at night. There is a homeless problem in certain areas but they are harmless for the most part.

Uptown is going to be more lively at night, and safer to walk around as well

Here’s what some residents have to say about Downtown:

What do residents of Dallas say about its safety

Is Dallas safe at night?

Like any large city, there are areas where you shouldn’t think of going at night, namely Fair Park, Oak Cliff, and Pleasant Grove and most of South Dallas and North West Dallas. These are the most dangerous areas and even long time residents have qualms about going there.

Dallas can be a safe place to travel alone as long as you know which areas to avoid. Dallas is a BIG city, and there are risks involved when you’re in a big town by yourself. As well as being more of a target for petty theft.

Research the areas in Dallas that you want to visit and Use Google Maps street view to see if the areas are sketchy.

For the most part Dallas is a moderately safe place to visit. The crime stats are not staggering and most residents agree that Dallas is pretty safe with exception to certain areas which include; South Dallas, Fair Park, Oak Cliff, Pleasant Grove and parts of East Dallas, North West Dallas and North-East Dallas. Something else to keep in mind is that most violent crime in the city is concentrated in only several parts of the city.