Fort Worth welcomes nearly nine million visitors annually and for good reason. The city boasts a rich and diverse cultural history and is packed with Texas charm. From the Stockyards to the rodeos, to the museums to the BBQ, Fort Worth is truly a rich place to experience Texas culture.

If you are thinking about visiting Fort Worth and have qualms about the safety of the city, we got you covered. We deep dived into the statistics, crime reports and talked to the residents of the city to give you a better understanding of how safe the safe the city really is. 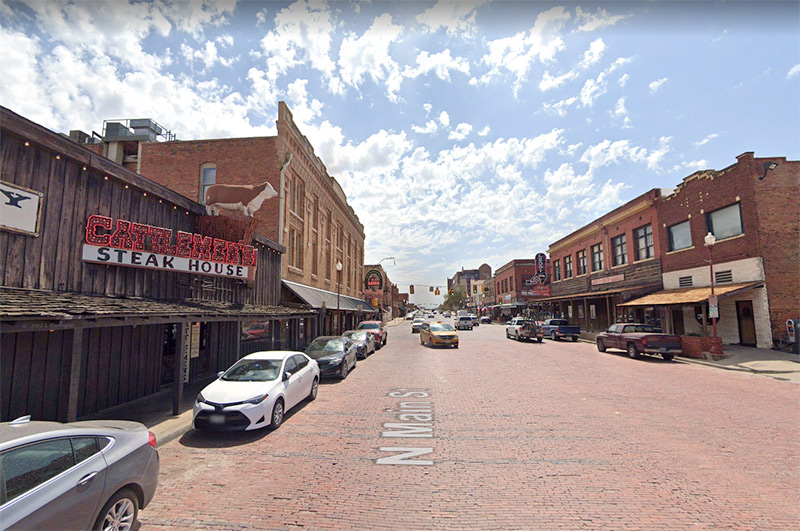 Is Fort Worth Safe?

Fort Worth is a moderately safe city, as indicated by its crime rates. In 2021, Fort Worth reported 119 homicides and had a violent crime rate of 563.54 per 100,000 people. Fort Worth has a similar crime rate to Austin and Arlington.

However most of the violent crime is concentrated in a few small areas and most residents agree that Fort Worth is pretty safe to visit if you avoid these areas; Las Vegas Trail, Carter Park, Butler Place, North Side, Stop Six/Poly, Como, Sansom Park, East Rosedale and Lancaster, south of Magnolia.

Also here’s a scale to give you some perspective on Fort Worth’s violent crime rate:

Here’s a graph showing you how murders has trended in Fort Worth over a 12 year period. Murders peaked in 2021 when 119 murders were reported. 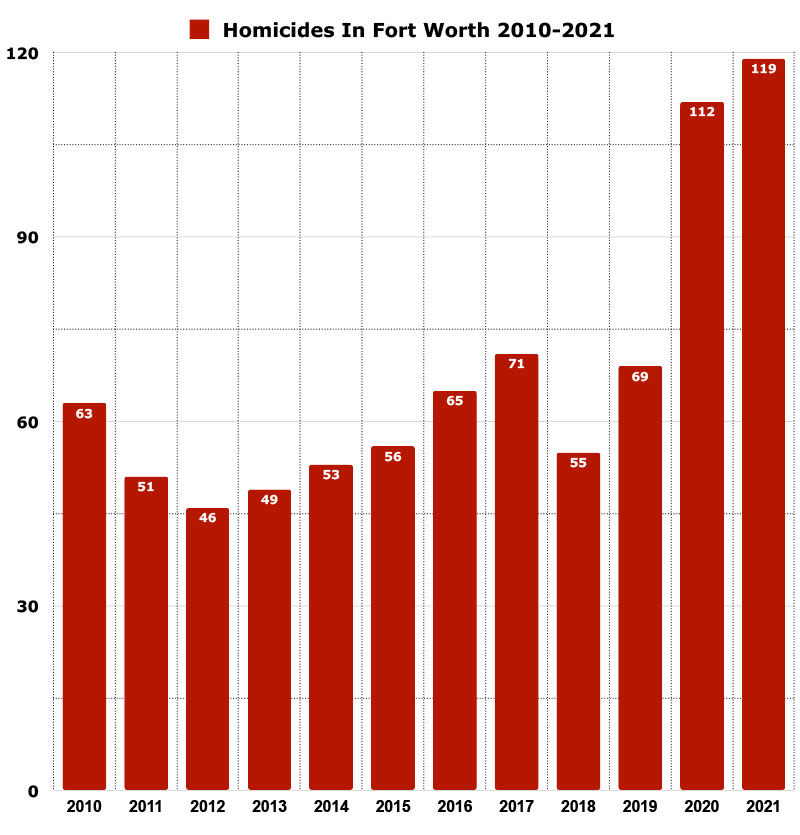 Here’s a graph showing you how violent crimes has trended in Fort Worth over a 12 year period. 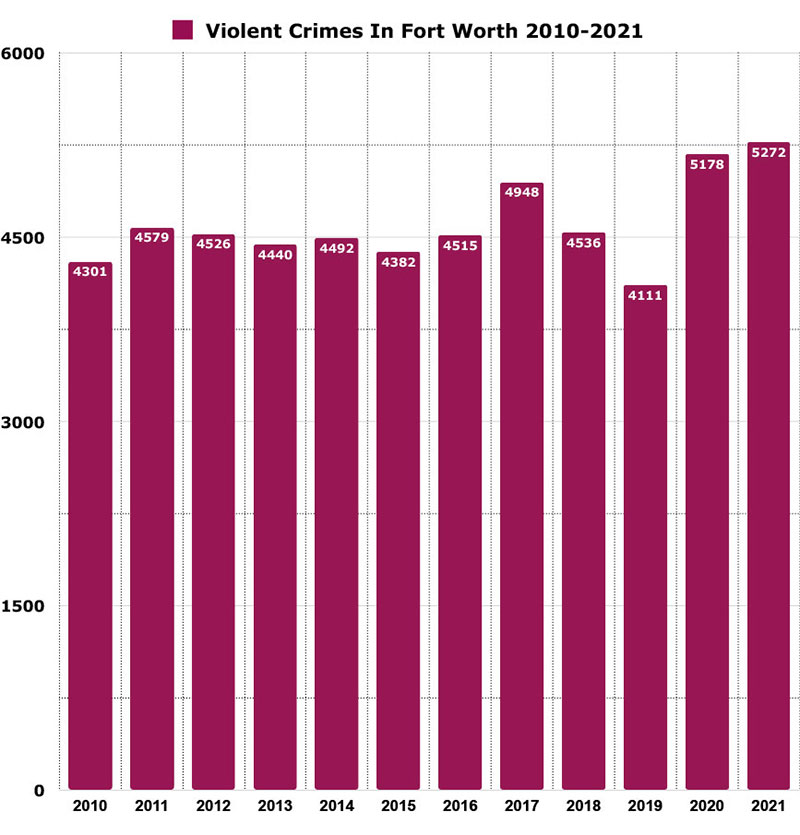 Here’s a graph showing you how property crimes has trended in Fort Worth over a 12 year period. 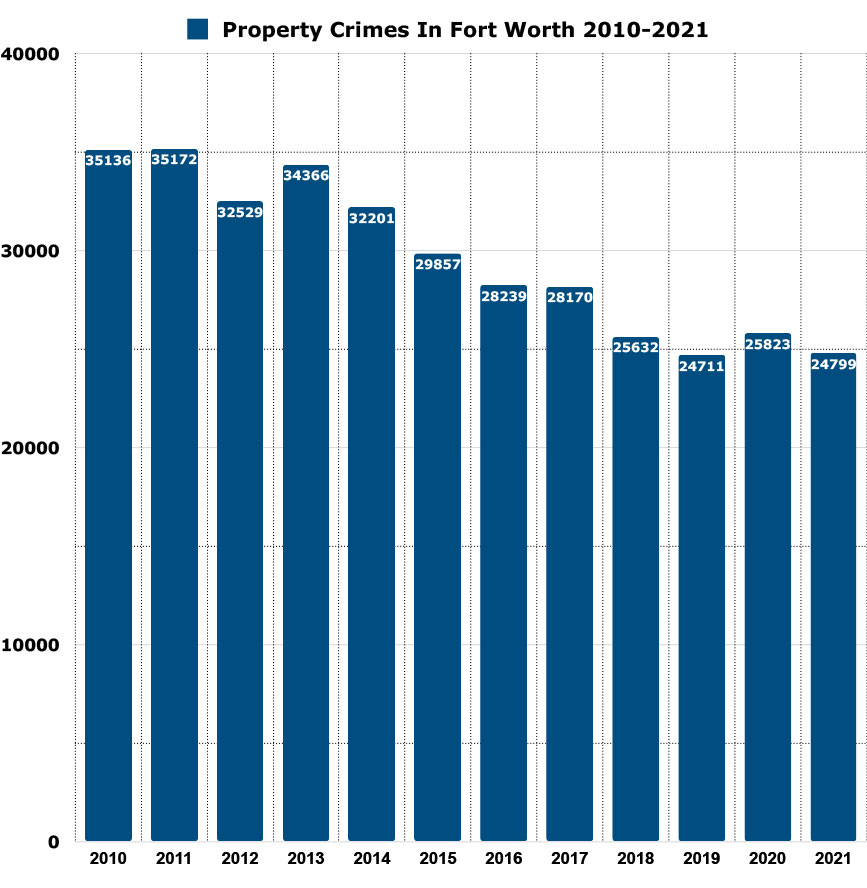 Fort Worth’s crime rate vs other cities in Texas

Fort Worth vs the most dangerous cities in the United States 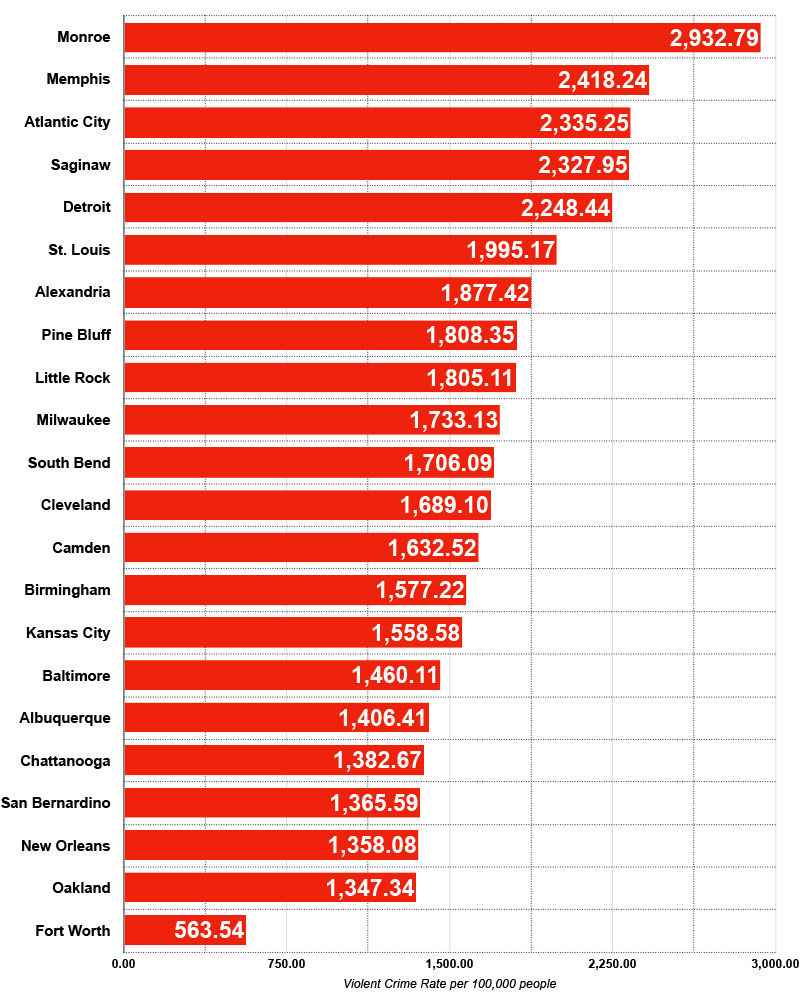 The Most Dangerous Neighborhoods in Fort Worth

Here’s a map showing you all the worst neighborhoods according to residents of the city: 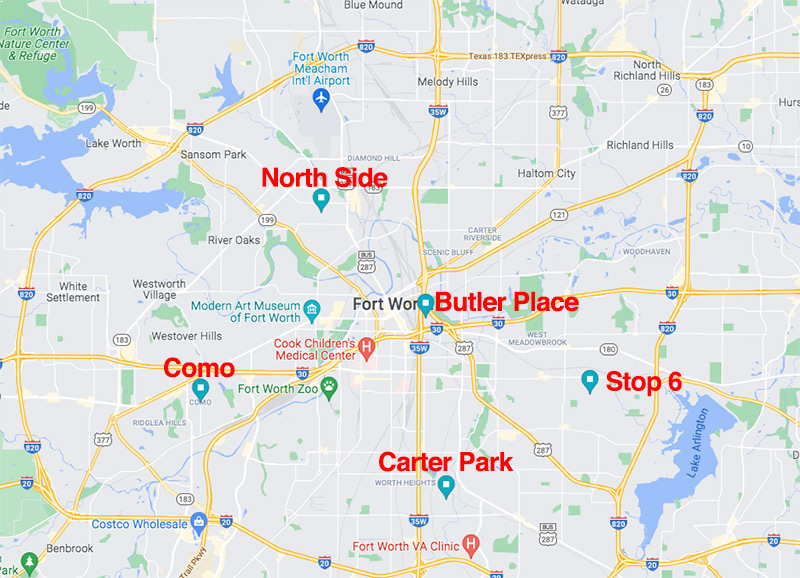 Stop Six is in the southeastern part of Fort Worth. 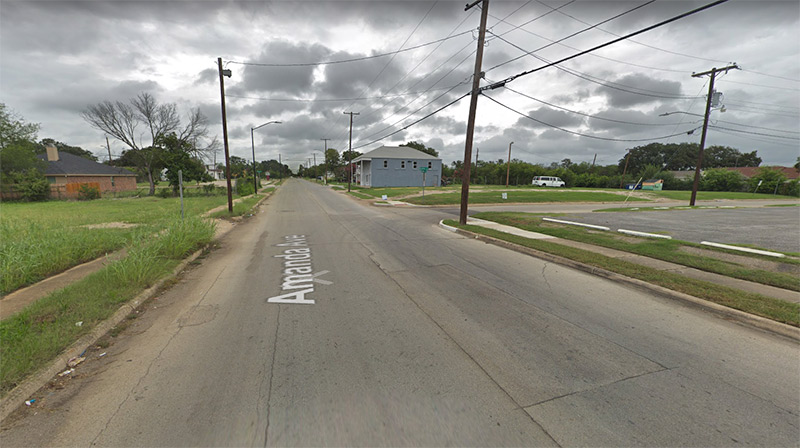 Como is a south-west neighborhood of Fort Worth, situated south of the 30-fwy and east of the 377-fwy 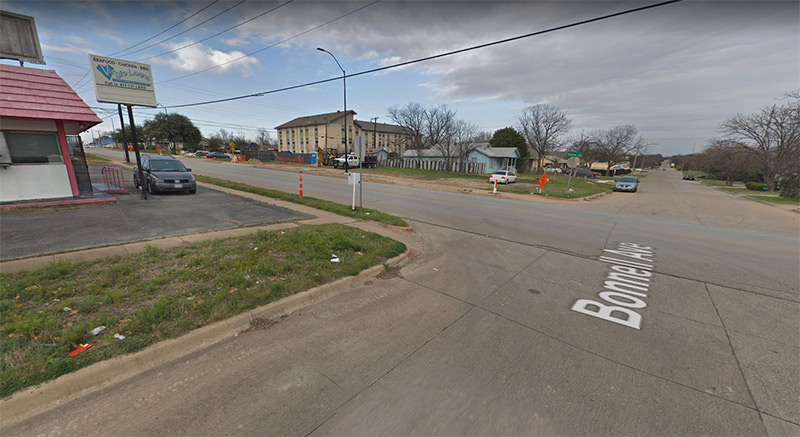 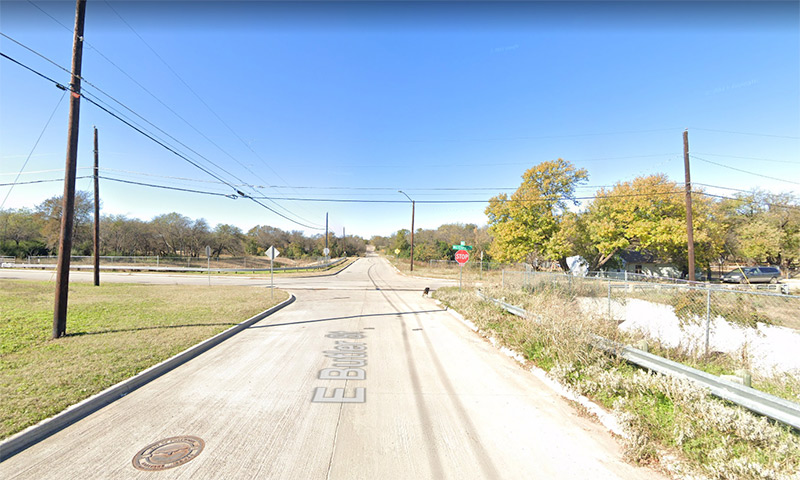 Butler Place is a public housing projects located in south-east Fort Worth and is situated right off the 35w fwy. 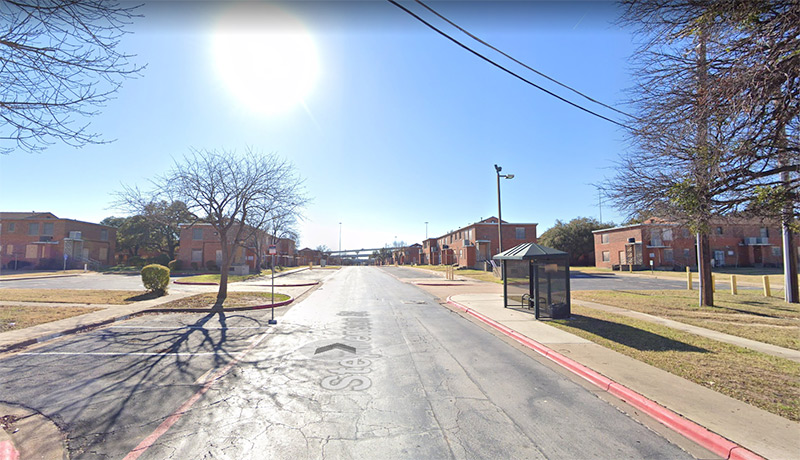 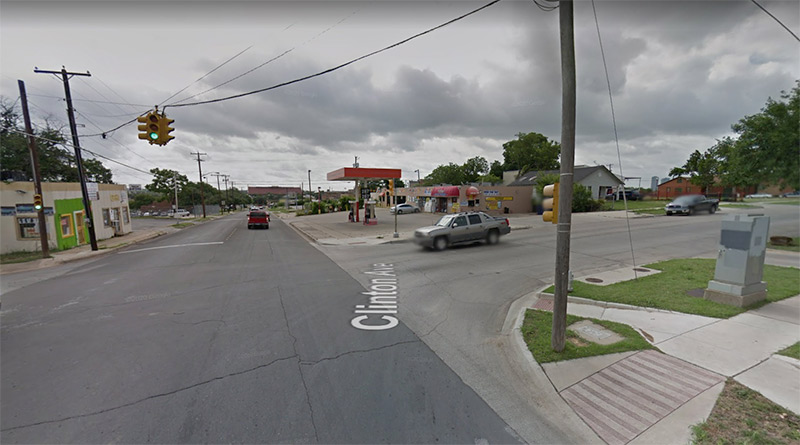 Is Downtown Fort Worth safe?

Downtown Fort Worth is a safe area to visit and is patrolled around the clock by bike cops and patrol cars. There are many restaurants, bars and theaters you can walk to without feeling fearful. Most residents of Fort Worth also agree that the downtown area is generally safe.

What do residents of Fort Worth say about its safety

Is Fort Worth safe at night?

Fort Worth is safe at night, however, like any other city, there are areas where you shouldn’t think of going at night, namely the neighborhoods mentioned above. These are the most dangerous areas and even long time residents have qualms about going there.

Fort Worth can be a safe place to travel alone as long as you know the layout of the city and know which areas to avoid. Fort Worth is just like any other medium sized city and there are risks involved when you’re in a big town by yourself.

Research the areas in Fort Worth that you want to visit and Use Google Maps street view to see if the areas are sketchy.

Tips to stay safe in Fort Worth