San Jose is smack dab right in the middle of Silicon Valley and home to some of the largest tech companies in the world. It is also the 10th largest city in the US and although it is often overshadowed by its flashy northern neighbor, San Francisco, there is no shortage of things to do, eat and see in San Jose.

If you are thinking about visiting San Jose and have qualms about the safety of the city, we got you covered. We deep dived into the statistics, crime reports and talked to the residents of the city to give you a better understanding of how safe the safe the city really is. 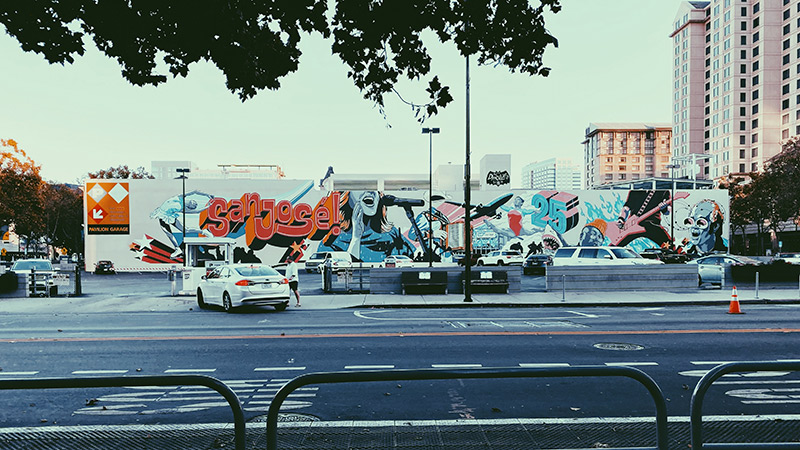 If you only look at the statistics, San Jose is a safe place to visit. According to crime statistics released by the FBI, San Jose had the 74th highest Violent Crime rate in the country in 2019, 403.65 incidents per 100,000 residents. It came one place above Austin, which ranked 73rd place for violent crime. It also ranked 78th for Property Crime rate in the country, 2,440.70 per 100,000 residents.

San Jose has one of the the lowest violent crime rate of any city in the US with a population of over 500k.

As of September 2021, there have been 28 homicides reported in San Jose.

San Jose vs The Most Dangerous Cities In The United States

The worst neighborhoods in San Jose

There’s not a lot of bad areas in San Jose and even the ‘bad areas’ or relatively mild compared to cities like St. Louis or Milwaukee.

Some residents mention east San Jose and south of the University as the bad area. Downtown around thirteenth street, parts of alum Rock and Seven Trees are also sketchy areas.

Downtown San Jose is a generally safe area to visit and many residents only complain about the homeless as being the biggest problem to downtown.

While visiting downtown you might encounter pushy panhandlers and homeless people, but if you don’t acknowledge them and keeping moving forward, you shouldn’t have any problems.

There is also an abundance of cops driving around 24/7 in the downtown area, which should help put you at ease.

Here are what some residents of Downtown say about the area:

Is the public transportation of San Jose safe?

What do residents of San Jose say about its safety

Is San Jose safe at night?

San Jose is generally safe at night. However we recommend that you be cautious when visiting certain parts of the city at night, namely east San Jose and south San Jose below the university. We also recommend that you use Uber or hail a taxi at night. You don’t want to wander around lost in a city that you are unfamiliar with.

San Jose is a very safe city and you should have no qualms about visiting alone. However, you shouldn’t throw caution to the wind. Always be cautious of your surroundings. Crime can happen anywhere.

Is San Jose Safe To Visit?

If you look at the crime stats and read the opinions of the residents, San Jose is a very safe place to visit. The crime stats are low and many residents also agree that even the worst areas of San Jose are mild compared to other big cities like Detroit, Oakland, and Houston.