Memphis is a city that is full of heart and soul and is rich in culture and history. It’s a great city that has tons of attractions and a thriving music, art and food scene. However the city can’t seem to distance itself from it’s other reputation of being dangerous.

If you are thinking about visiting Memphis and have qualms about the safety of the city, we go you covered. We deep dived into the statistics, crime reports and talked to the residents of the city to give you a better understanding of how safe the city really is. 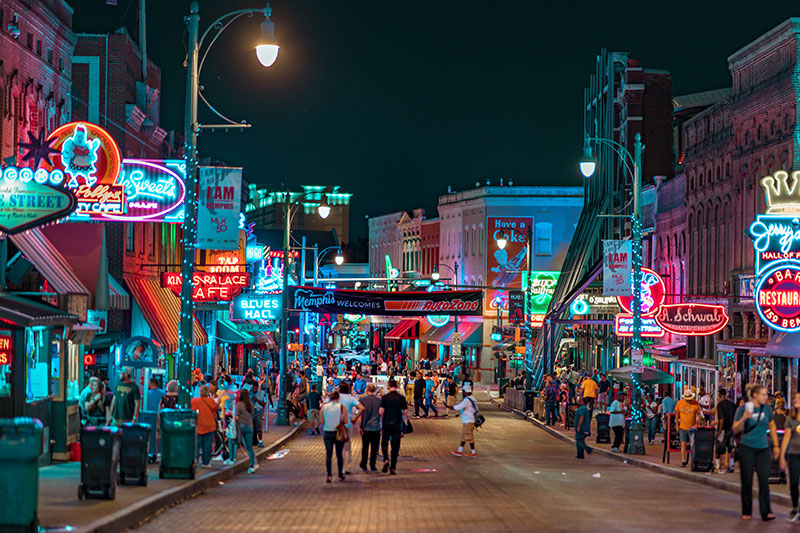 Memphis is not a safe place to visit. It consistently ranks in the top positions for most dangerous cities in the United States. According to crime statistics released by the FBI, Memphis ranked 4th for highest violent crime rate in the country in 2019, 2,003.32 incidents per 100,000 residents. It also ranked 3rd for highest property crime rate in the country, 6,297.83 per 100,000 residents.

In 2020 Memphis reported 334 homicides, which was a staggering 74.8% increase from 2019, where 191 homicides were reported. 332 homicides is the most number of homicides ever recorded in Memphis and shatters the 2016 record of 228 homicides.

In 2020 Memphis had a murder rate of 52.44 per 100,000 residents, which is one of the highest in the nation. It problematically shares this honor with cities like St. Louis and Baltimore.

Here’s a map showing you where all the homicides were committed in Memphis in 2020: 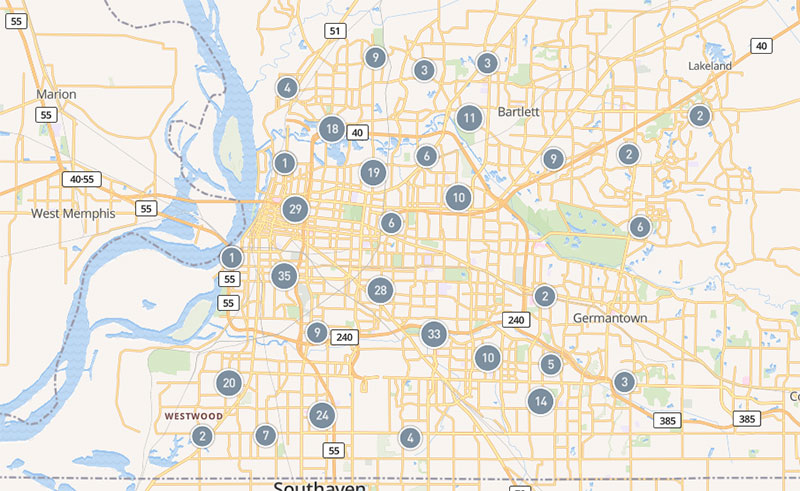 As of October 14, 2021 there have already been 238 homicides reported in Memphis, which is outpacing 2020, where 232 homicides were reported in the same time frame.

While Memphis saw a record number of homicides in 2020, most other crime metrics including, robbery, assault, burglary and larceny decreased.

*All data is from the Memphis Data Hub**

Memphis vs The Most Dangerous Cities In The United States

The Most Dangerous Neighborhoods in Memphis

Here’s a map showing you the best and worst neighborhoods in Memphis according to residents:

The map now is color coordinated to describe the safety of the areas. Green = Good, Purple = Good, Yellow = Precede with caution, Orange = Bad..but not the worst, and Red = Bad and worst. 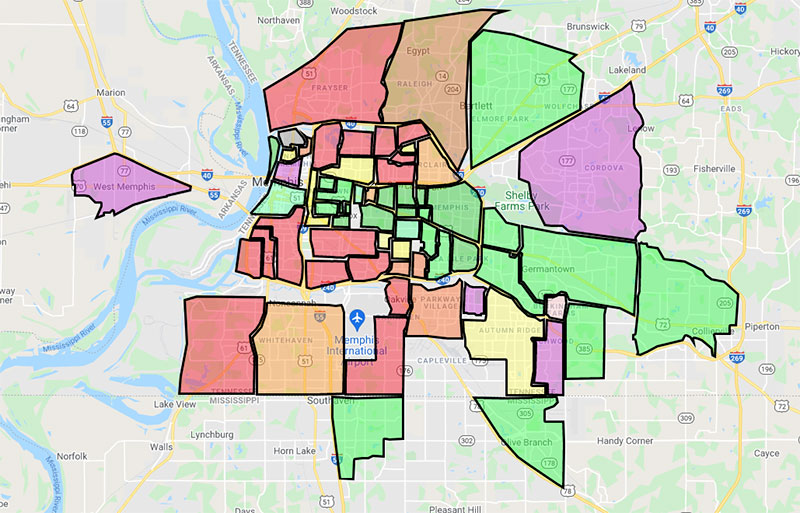 Downtown Memphis is a relatively safe area to visit during the day. There is a good police presence, as well as additional security from the Blue Suede Brigade. Late at night the situation might change when there is not a lot of people around.

The biggest problem you might encounter while visiting downtown are homeless people and aggressive panhandlers, but for the most part they are harmless.

We recommend that you stay in the main areas of downtown and do not wander outside of that area, as it can get desolate and sketchy.

What do residents of Memphis say about its safety

Is Memphis safe at night?

Memphis is not entirely safe at night, especially for a visitor that is unfamiliar with the layout of the city. It can be a safer place to visit at night if you learn which parts of the city you should avoid.

Memphis can be a safer place to visit alone if you learn the layout of the city and learn which areas are safer and which areas you should avoid. You should also take special precaution as a solo traveler as you are more vulnerable to becoming a victim of crime.

Tips to stay safe in Memphis

Is Memphis Safe To Visit?

Looking at the statistics and taking into accounts the opinions of the residents, Memphis is not a safe place to visit. The violent crime and the property crime rate is among the highest in the nation. And even many residents of the city agree that they don’t feel safe living in Memphis.

The tricky thing about Memphis is that the city is very block by block, meaning one street is nice and the next street over is crime-ridden. Unless you know the layout of the city you can easily end up in one these sketchy neighborhoods.

Our recommendation when visiting Memphis is to learn exactly which areas of the city are safe and which are not. Also following the safety tips posted above will help you mitigate your chances of becoming a victim.