If you are thinking about visiting Fresno and have some qualms about the safety of the city, we got you covered.

We are going to deep dive into the statistics, look at some maps, graphs and talk to the residents of the city to give you a better understanding of how safe Fresno really is.

Is Fresno Safe To Visit? 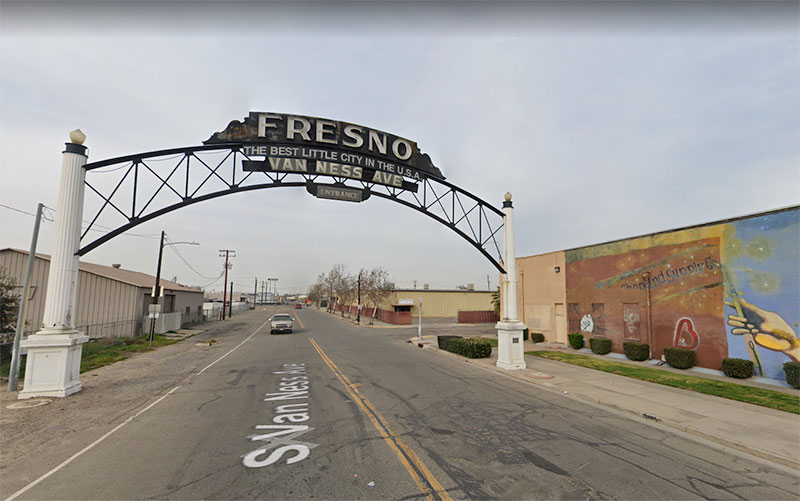 *All data is from the Fresno Police Department 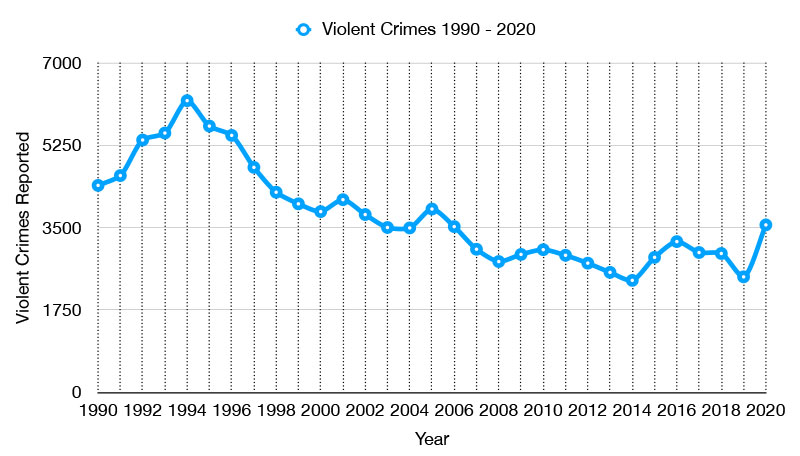 Out of the 100 most populous cities in the United States, Fresno’s property crime rate ranked 66th place.

The last time murder was this bad in Fresno was in 1994 when it reported 87 murders.

Out of the 100 most populous cities in the United States, Fresno’s murder rate ranked 30th. 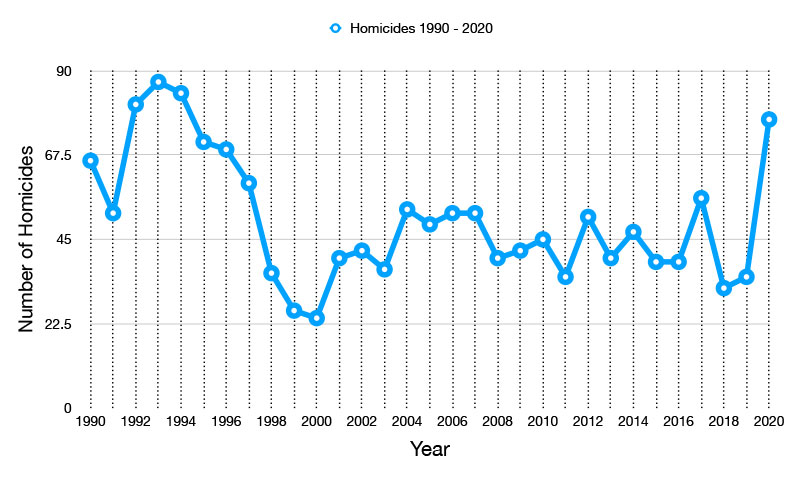 Fresno has a shooting problem. In 2020, Fresno broke its record for most reported shootings of all time. There were 724 shootings reported in 2020, which is double that of 2019.

Fresno vs The Rest Of California

Fresno vs The Most Dangerous Cities In The United States

Fresno’s violent crime rate is 3.68 times LESS than Memphis, the most dangerous city on the list.

What do residents of Fresno say about its safety

Is Fresno safe at night? / Is it safe to visit alone?

Fresno can be a safe place to visit if you study the layout of the city and avoid the problem areas.

Here’s a map showing you the worst neighborhoods of Fresno according to residents of the city: 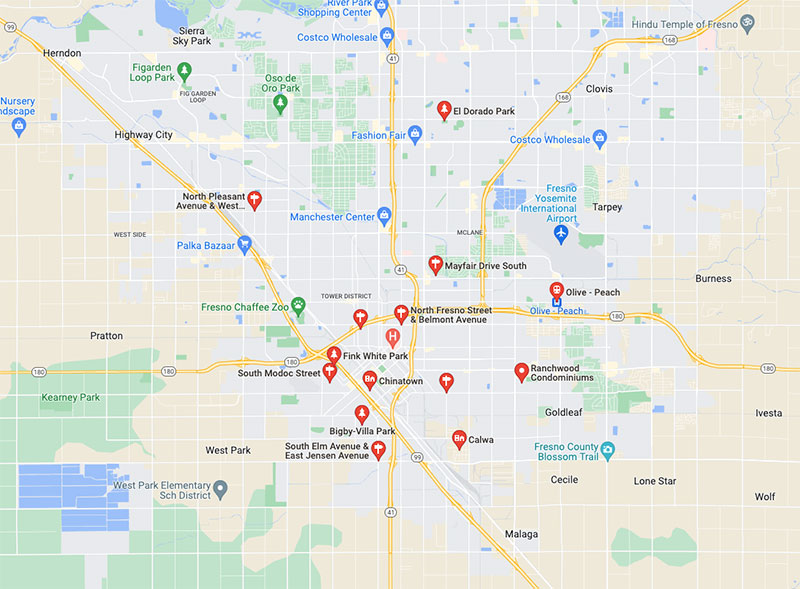 Downtown is safe to visit during the day time. At night it gets deserted and the safety of the area is questionable. Locals will also tell you that downtown Fresno is dangerous and suffers from a theft problem. Anything valuable inside your car will be stolen.

There have been talks about revitalization but those talks have been going on for decades.

A better place to visit is the Tower District, which is livlier and offers good bars, restaurants, cafes, entertainment etc.

While Fresno’s violent crime rate isn’t as concerning as cities like Detroit or Memphis, there have been an alarming increase in the amounts of shooting and murders in the city.

You can mitigate your risks of being a victim of crime if you learn the layout of the city and avoid the areas mentioned above.