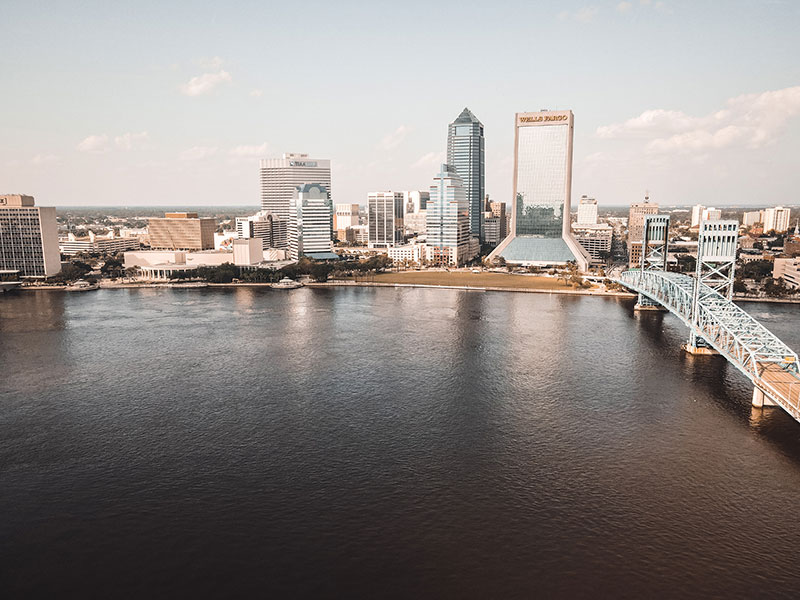 If you are thinking about visiting Jacksonville and have some qualms about the safety of the city, we got you covered.

We are going to deep dive into the statistics, look at some maps, graphs and talk to the residents of the city to give you a better understanding of how safe Jacksonville really is.

Is Jacksonville, Florida Safe To Visit?

Here’s a map showing you how violent crime has trended in Jacksonville over a 30 year period. Violent crime peaked in 1990 when there were 11,654 violent crimes reported and the city had a violent crime rate of roughly 1,835.15 per 100,000 people. 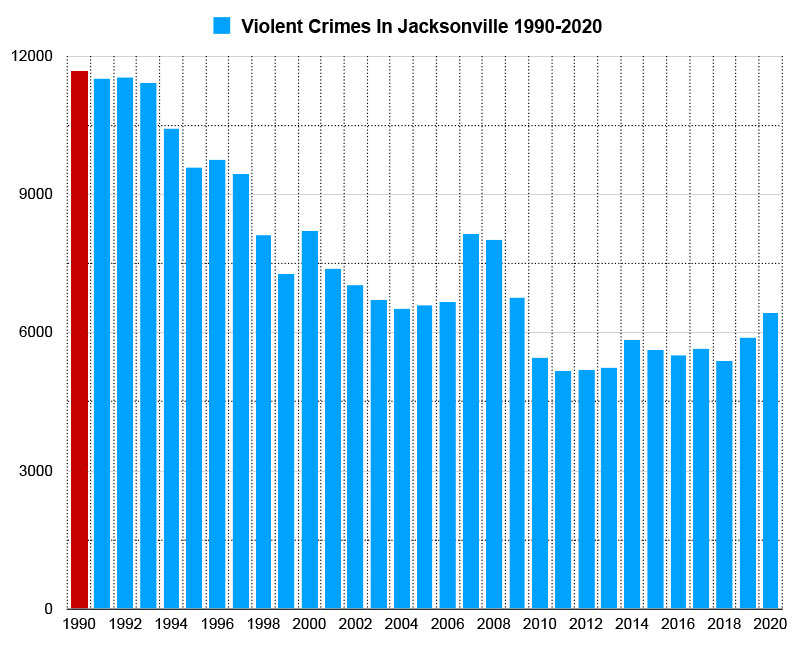 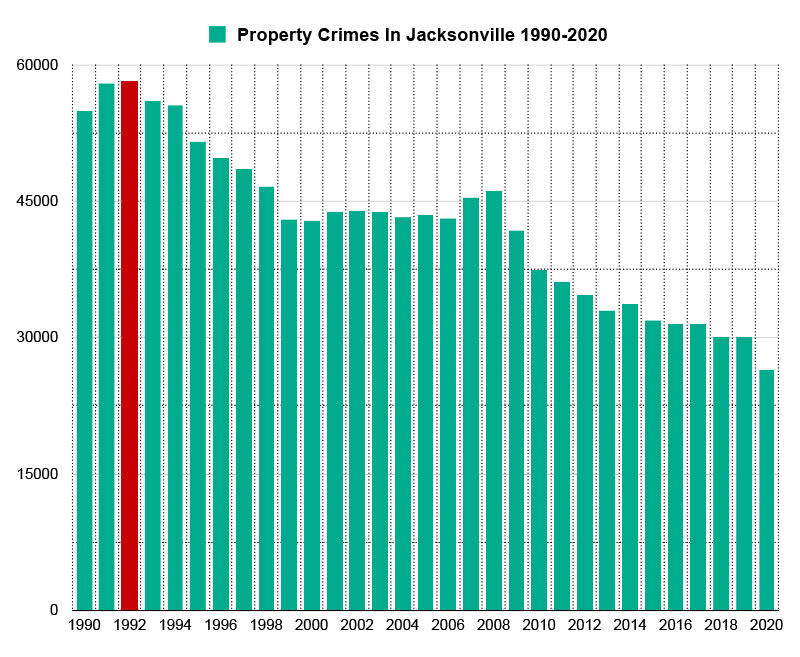 Jacksonville vs The Rest Of Florida

Here’s a graph showing you the 10 most populous cities in Florida and their violent crime rate. 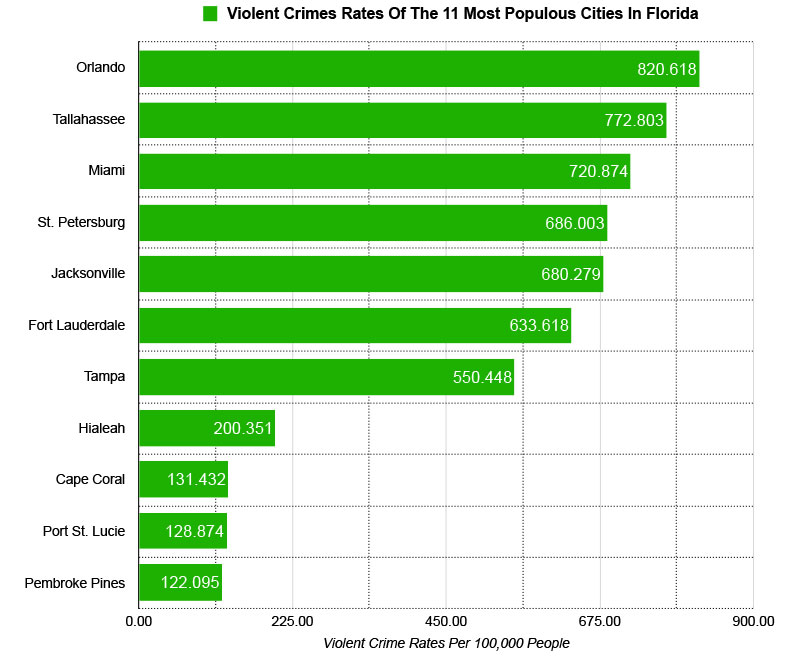 *All data is from the 2020 FBI Uniform Crime Reporting Datasets

Jacksonville vs The Most Dangerous Cities In The United States

Most Dangerous Neighborhoods In Jacksonville, Florida

Here’s a map showing you the most dangerous neighborhoods according to residents: 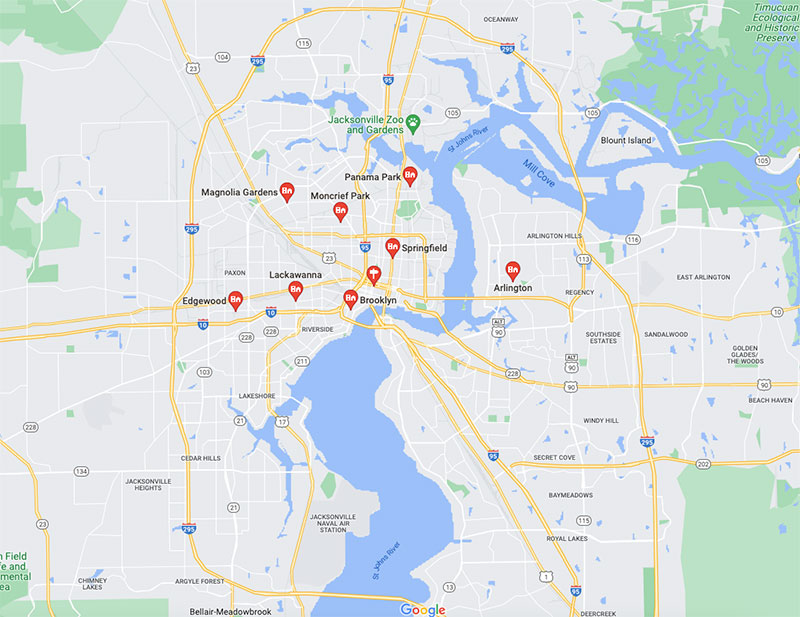 Downtown Jacksonville is not a safe area to visit, nor is it a place that has a lot attractions for visitors. There’s a lot of crime in the area and there is a lot of crime just north of it.

Many residents agree that Downtown Jacksonville is pretty much a ghost town unless there is a event in the area.

What do residents of Jacksonville say about its safety

Is Jacksonville safe for a woman?

Jacksonville is generally safe for women but we do not recommend that you walk alone at night in the dangerous areas mentioned above.

Is Jacksonville safe at night? / Is it safe to visit alone?

Jacksonville can be a safer place to visit if you study the layout of the city and avoid the problem areas and also follow the safety tips posted above.

Jacksonville is a moderately safe place to visit. It’s violent crime rate and property crime rate is not indicative of an unsafe city.

Just like any other big city, there are good areas and bad areas and if you can avoid the bad areas, you should be able to mitigate a lot of you chances of becoming a victim of crime.