Venice Beach had been at the center of the Los Angeles homeless crisis these past couple years, as homeless encampments have line the boardwalk on Venice Beach and crime has surged in the area. 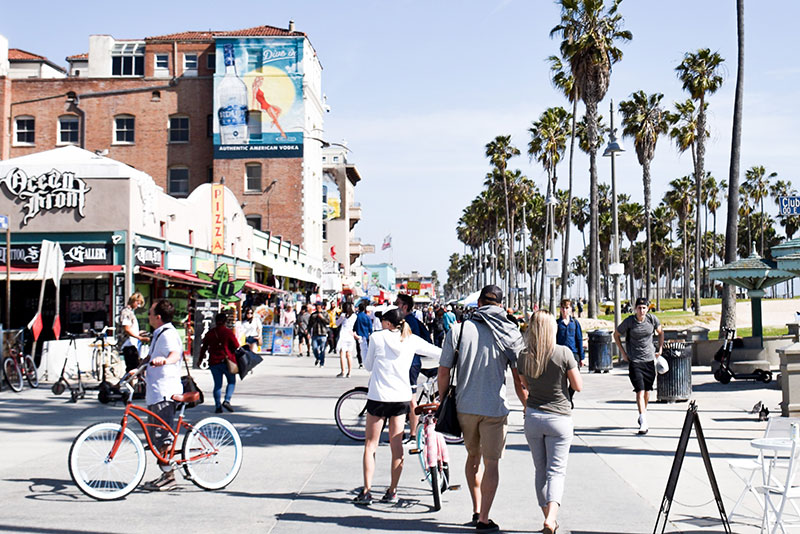 The Homeless Problem In Venice Beach 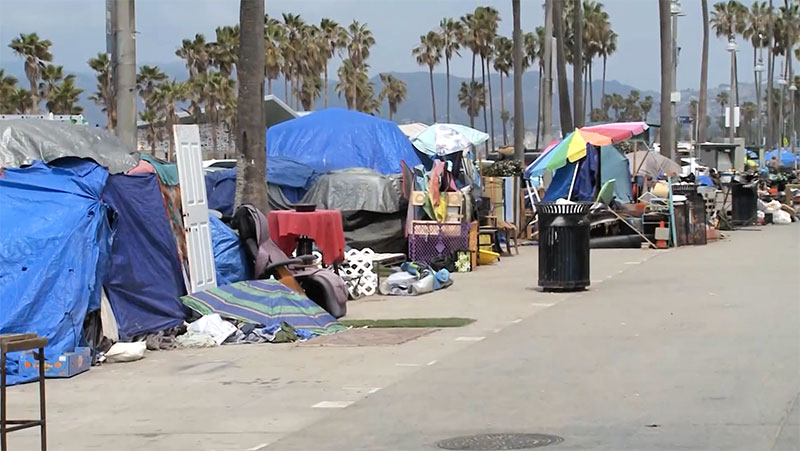 In response to the Covid pandemic, the LA city council suspended a section of Municipal Code 56.11 requiring tents be taken down during the day and which prevented homeless individuals from having their possessions on the street.

These actions resulted in the homeless taking over the Venice Boardwalk and with over 200 tents being erected seemingly overnight.

As the numbers of homeless increased in the area, crime also spiked. Robberies in the neighborhood jumped by 177% and assaults with a deadly weapon involving a homeless person spiked by 162%.

After much backlash from residents of the city and the Sheriff’s Department, in July of 2021 the city move forward with clearing out the homeless encampment and cleaning up the beaches.

The homeless encampments, the tents, the piles of personal property and trash are mostly gone and the Venice Boardwalk is clean and tourists are coming back.

Venice Beach is safe to visit now, but only during the daytime. The homeless encampments have been cleared out and the crime that came with the homeless have significantly decreased.

However, it is not safe to visit Venice Beach at night. There is less people in the area and the environment gets sketchy at night. 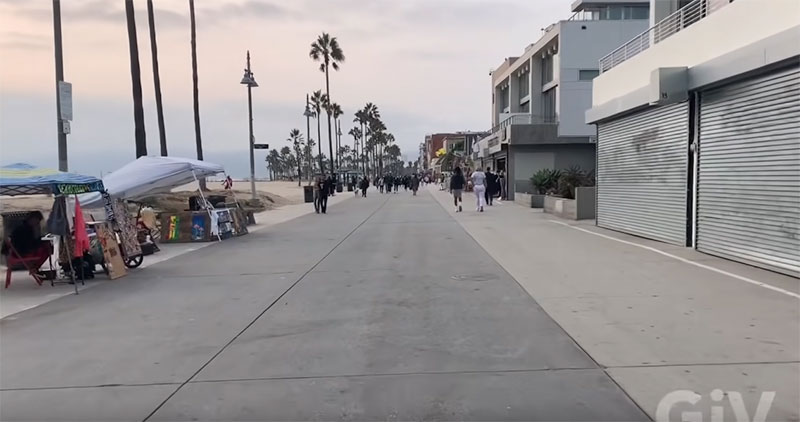 (via German in Venice)

What do residents of Venice Beach say about it’s safety?

Is Venice Beach Safe For A Woman?

Venice Beach is safe for a woman as long as visit during the daytime and know how to handle people that sometimes approach you.

Don’t engage with people who try to stop you on the street. Just keep walking, say nothing or say "no, thank you."

Is Venice Beach Safe For Families?

Venice Beach is safe for families in the daytime and in the regard that you probably won’t be assaulted or robbed, but there are a lot of transients and people living on the fringes of society loitering in the area. And it’s not an environment that I would want to expose my children to.

Is Venice Beach Safe At Night?

Venice Beach is NOT safe to visit at night. First, there is a lot of shenanigans that occurs at night with the population that likes to hang around the area. Secondly, there is a lot less people around and the police presences is lacking.

Is Venice Beach Worth Visiting?

If you are just there just for the beach, there are plenty of other great beaches just north or south of Venice, where you can avoid the circus show. Santa Monica and Playa Del Rey are great alternatives.

Is The Venice Beach Pier Safe?

The Venice Beach Pier is safe to visit during the daytime. Much like the boardwalk, the pier gets sketchy at night as there is less people around. Many residents say they avoid going to the pier because they do not like ‘stepping on needles or human waste.’

Free street parking in Venice Beach is very hard to find and very competitive. We recommend that you use the ParkWhiz app to find inexpensive valet parking in that area.

Parking at a hotel is probably the easiest, safest, and most convenient option, although it is not the cheapest option.

Another option is to park futher away from the beach, were there is are more parking options and you can take a rideshare/cab to the beach.