If you are thinking about visiting Pensacola and have some qualms about the safety of the city, we got you covered.

We are going to deep dive into the statistics, look at some maps, graphs and talk to the residents of the city to give you a better understanding of how safe Pensacola really is.

Is Pensacola Safe To Visit?

Statistically speaking, Pensacola is a safe place to visit. It’s crime rate is not indicative of an unsafe city. In 2020, Pensacola had a violent crime rate of 602 per 100,000 people and is on par with cities like Seattle, Jacksonville and Portland. 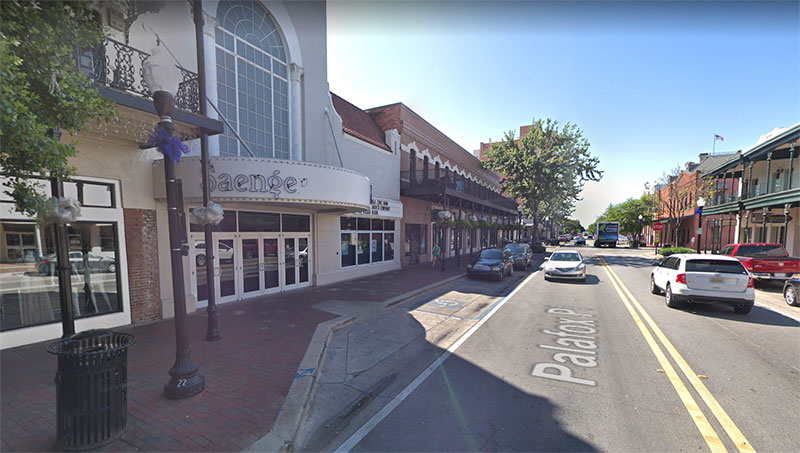 As a tourist, and assuming you will be going to the beach and doing normal touristy things like going to the Naval Aviation Museum or seeing the forts, you should have absolutely no problem while visiting Pensacola.

Most of the crime in Pensacola occurs on the mainland and away from places a tourist would want to see or visit.

Here’s a map showing you how violent crime has trended in Pensacola over a 30 year period. 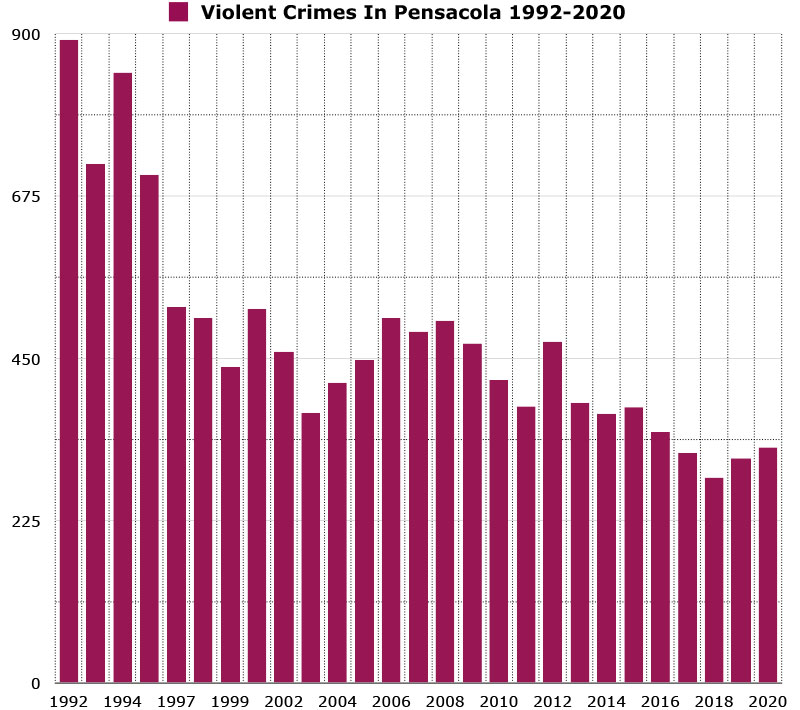 Here’s a map showing you how property crime has trended in Pensacola over a 30 year period. 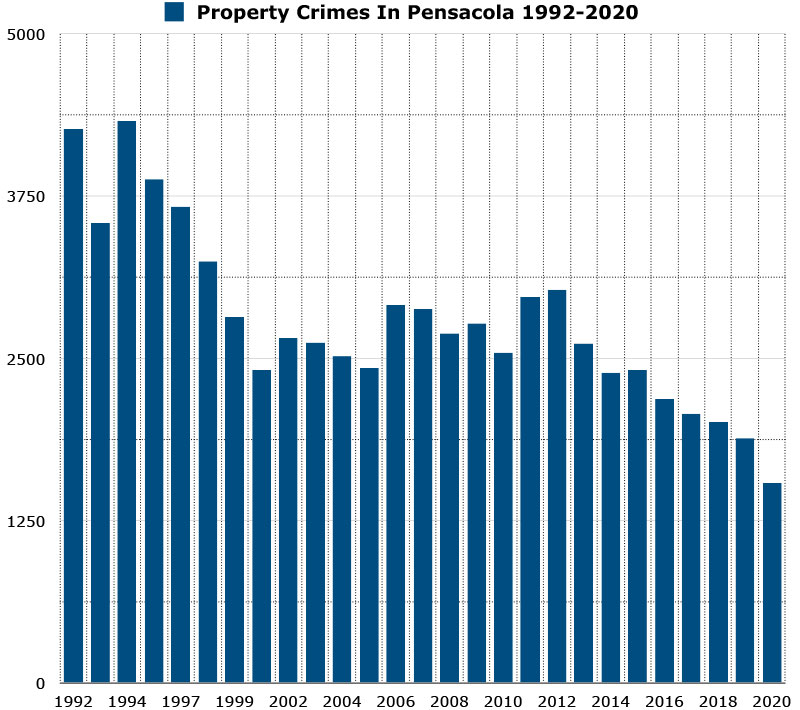 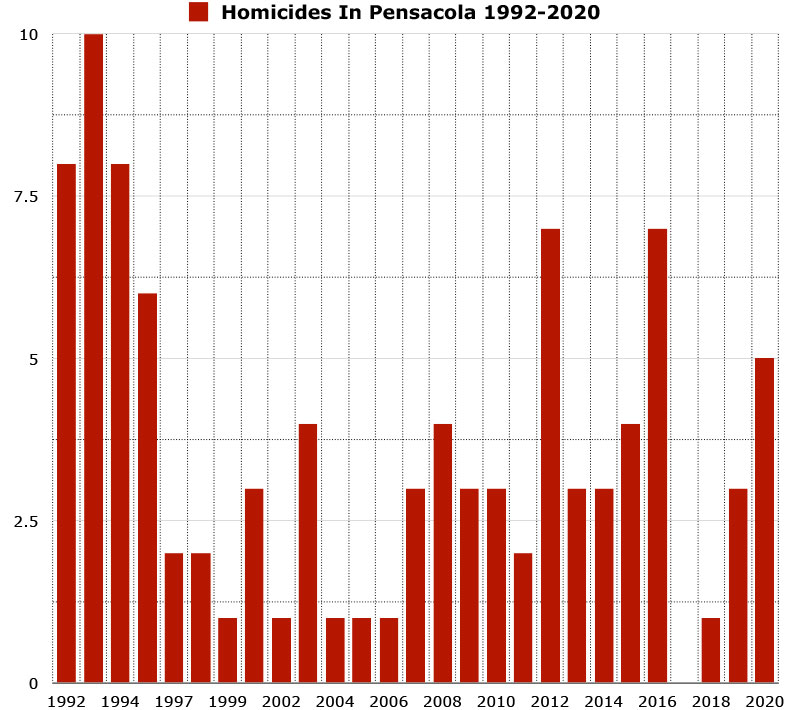 Pensacola vs The Rest Of Florida 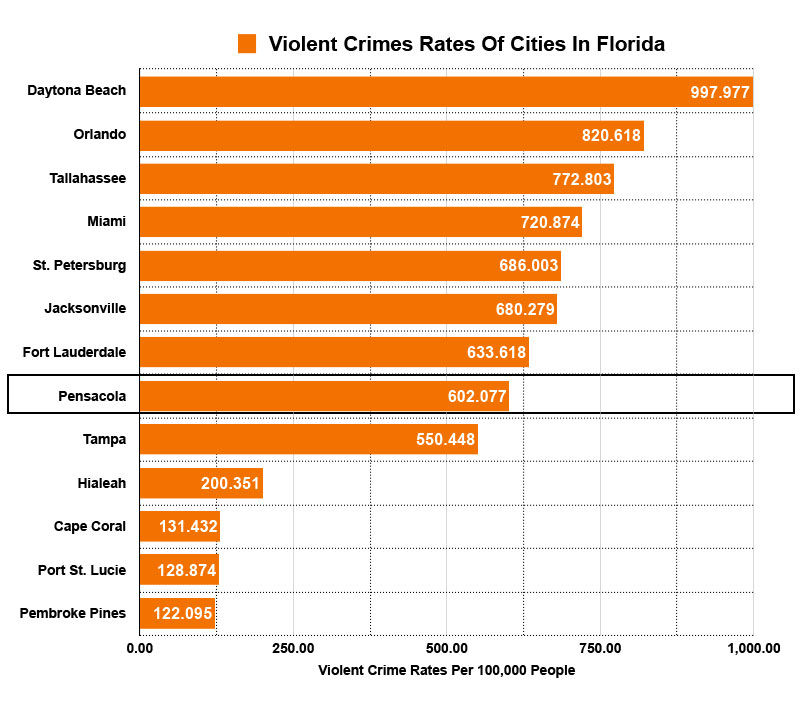 Pensacola vs The Most Dangerous Cities in the United States 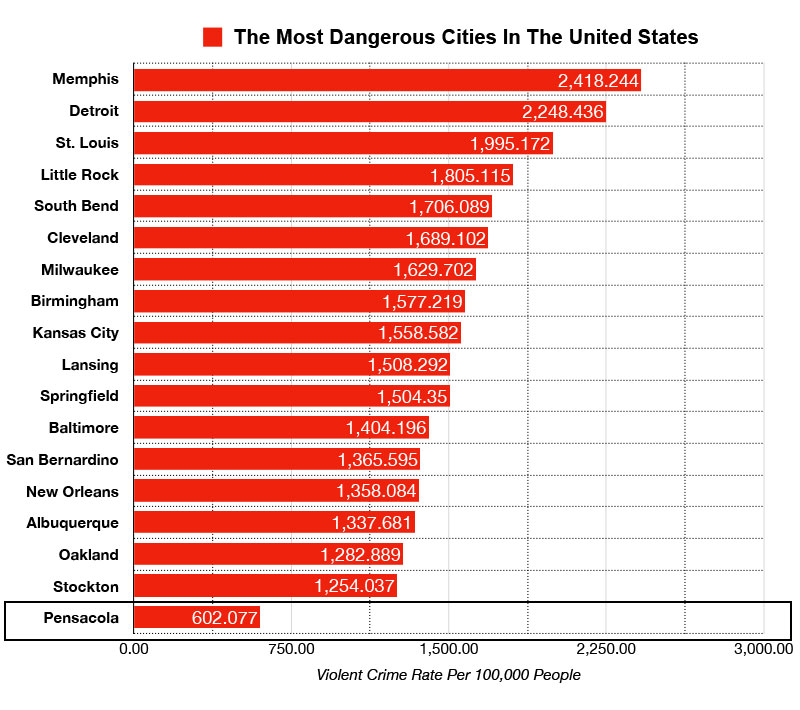 The Safest Neighborhoods In Pensacola 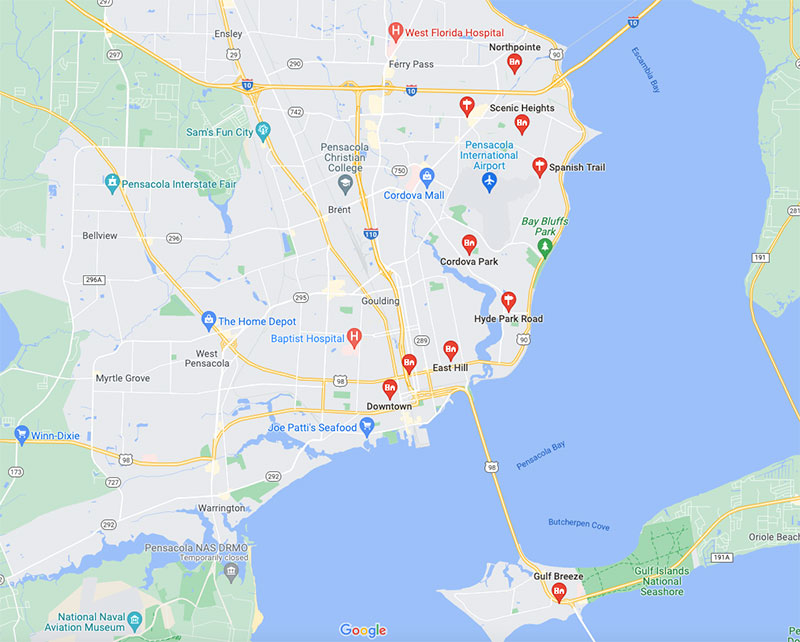 The Most Dangerous Neighborhoods In Pensacola 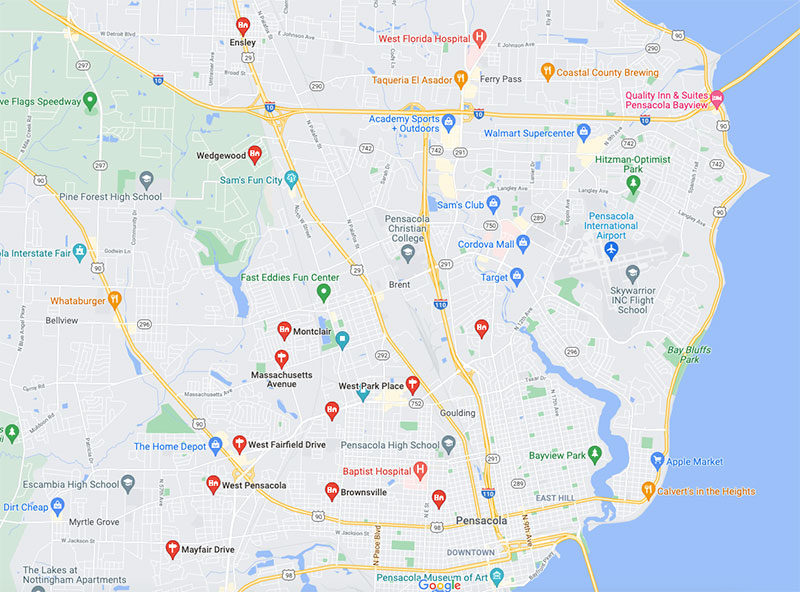 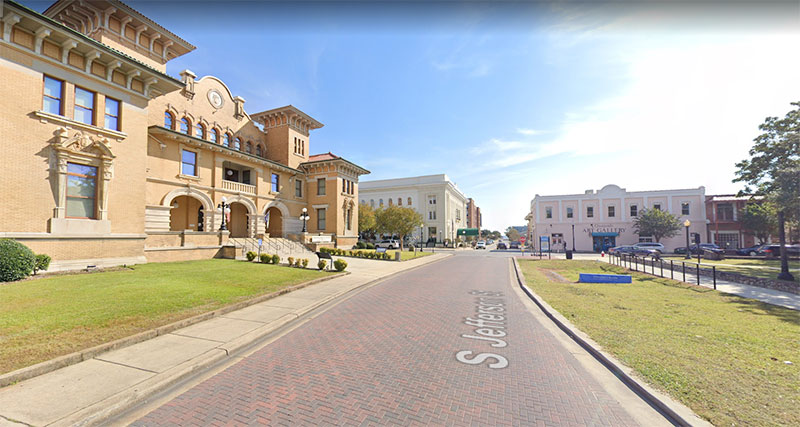 Downtown Pensacola is a generally safe area to visit during the daytime and as long as you stay within main area of downtown.

We recommend that you stay within the vicinity of the downtown area, as the areas get sketchier as you move further away from it.

If you start seeing Alphabet streets (A, B, C, etc), you are headed in the wrong direction.

What do residents of Pensacola say about it’s safety?

Is Pensacola Safe For Women?

Pensacola is safe for female solo travelers, as long as you learn the layout of the city, avoid problem areas, don’t walk alone at night and follow general precautionary measures.

Is Pensacola Safe From Hurricanes?

Pensacola is not safe from hurricanes. Since 1975, Pensacola has been directly hit by 8 hurricanes and many more tropical storms.

Most recently, on Sept. 16, 2020, Pensacola was hit directly by Hurricane Sally, a category 2 hurricane. The hurricane caused significant flooding and damage to the city and resulted in 3 deaths.

If you are concerned about Hurricanes while visiting Pensacola, check out https://www.nhc.noaa.gov beforehand. This is your best resource for tracking and monitoring storms. Another great website is https://spaghettimodels.com.

Is Pensacola’s Water Safe To Drink?

Penascola’s tap water is within EPA’s potable water standards. However it should be noted that about 20 years ago, the ECUA was mixing radium contaminated water with water from other ECUA wells, until the contamination level was within EPA standards and delivering said water to customers. It should be also noted that in the past, Pensacola has been on lists of cities with the worst water.

Here are what some residents think of Pensacola’s water: