Whether you’re driving through Texas and want to visit an authentic Texan suburb or you’re thinking about buying a house in the area, Haltom City is worth your time.

Haltom City is an inner suburb of Fort Worth. Most residents own their homes and it is one of the most diverse suburbs in Texas. About 42,000 people live there.

Despite being a small city of only 12 square miles, it has lots of coffee shops and businesses, 10 parks, a public library, and a recreation center.

Our extensive guide will help you learn everything you need to know about the city so you’re ready to make the most out of your time there!

Where exactly is Haltom City, Texas? What cities is it close to?

Haltom City is in Tarrant County, Texas. It is surrounded by Fort Worth, Richland Hills, and Watuaga.

How far is it from Fort Worth, Dallas, Houston, and Austin?

Haltom City is relatively close to all of these cities, considering it takes 12 hours of straight driving to make it across the entire state!

Here are the quickest ways to reach these cities from Haltom City:

Haltom City was established around World War II. In the 1940s it had a mere population of 200 with two businesses. Within a decade the population boomed to almost 6,000 and by the mid-1960s the population rose by 500%.

In the 70’s it had 35 factories producing a range of goods such as clothing, fiberglass, plastic, and sheet-metal.

Throughout the decades it transformed from a farming community into a stereotypical Texan suburb with many thriving businesses. Many families have stayed there for generations.

The summers in Haltom city are muggy and hot, the winters are windy and cold, and it is partly cloudy for most of the year.

Here are the average temperatures organized by season:

Statistically speaking, Haltom City is a very safe place to visit. In 2020, Haltom City had a violent crime rate of 299.52 per 100,000 people and is on par with cities like Laredom, Garland and Honolulu

Here’s a map showing you how violent crime has trended in Haltom City over a 30 year period. 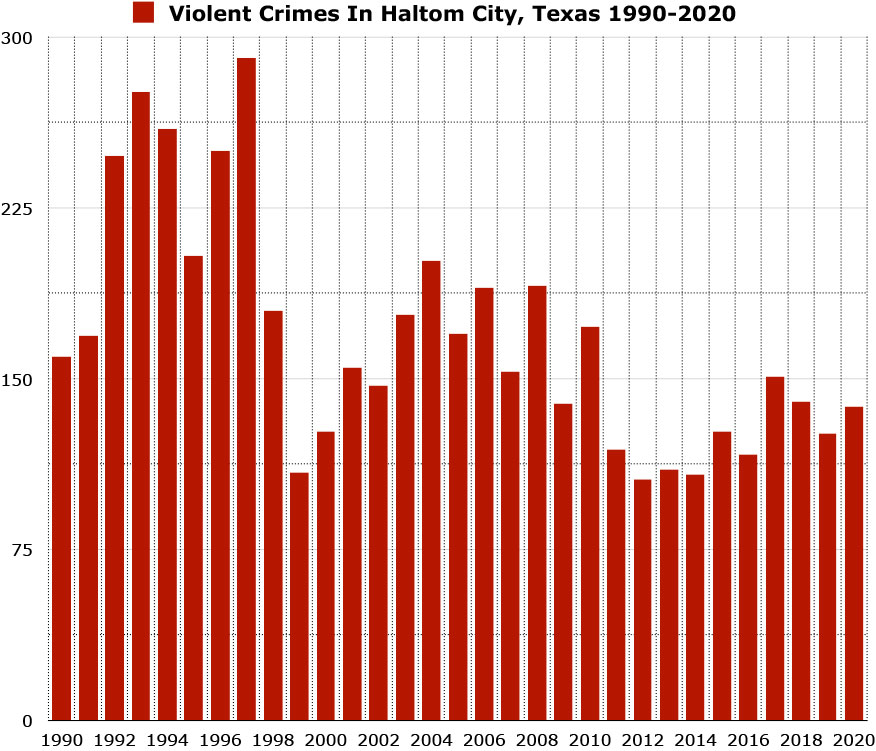 Here’s a map showing you how property crime has trended in Haltom City over a 30 year period. 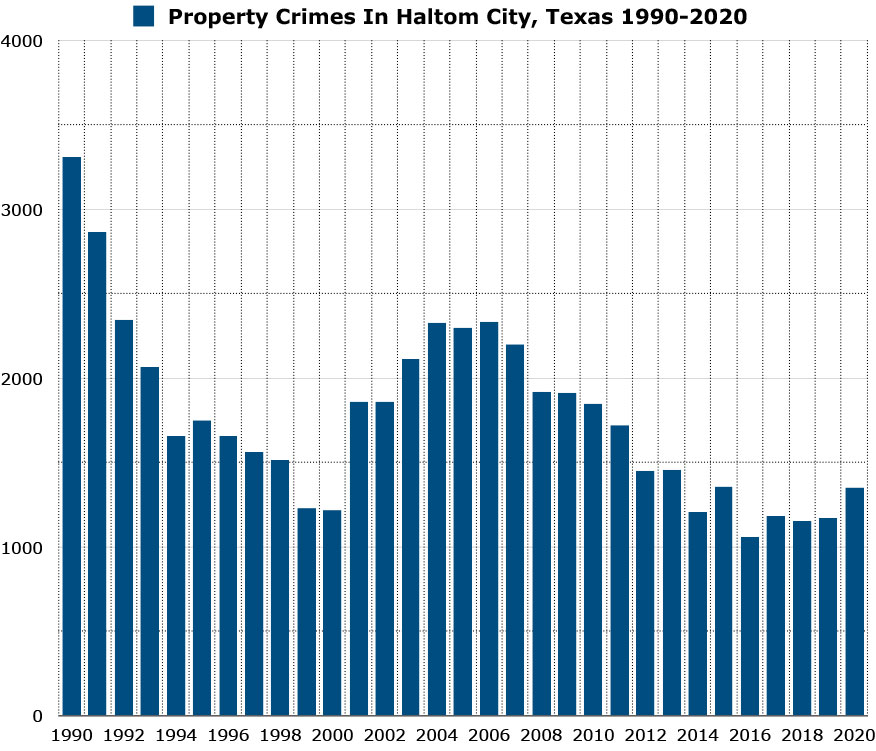 Haltom City vs Other Texas Cities 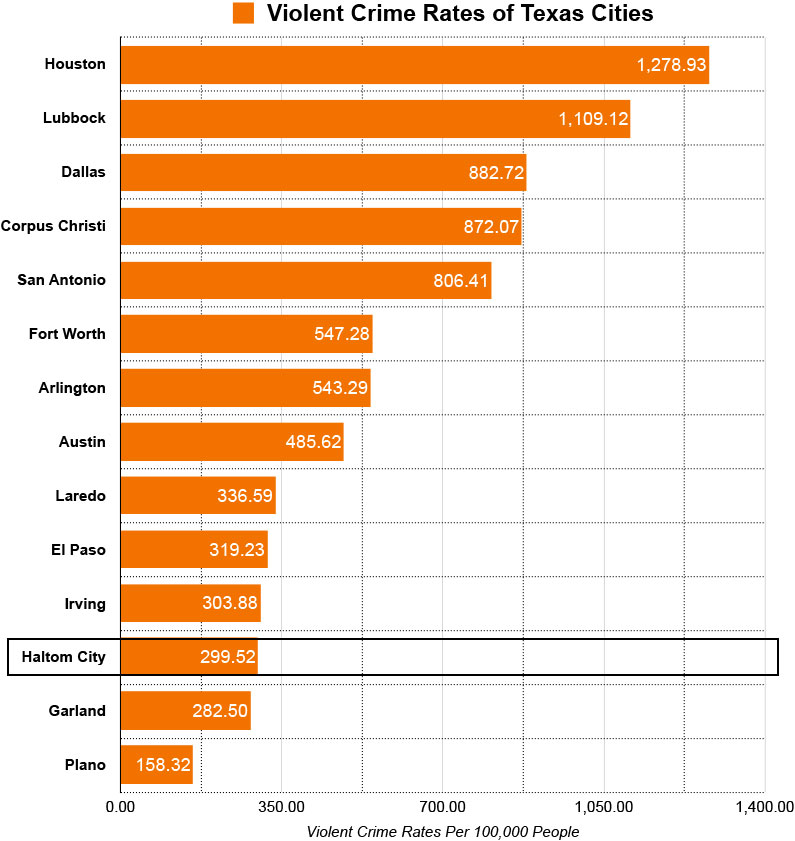 Haltom City vs The Most Dangerous Cities in the United States 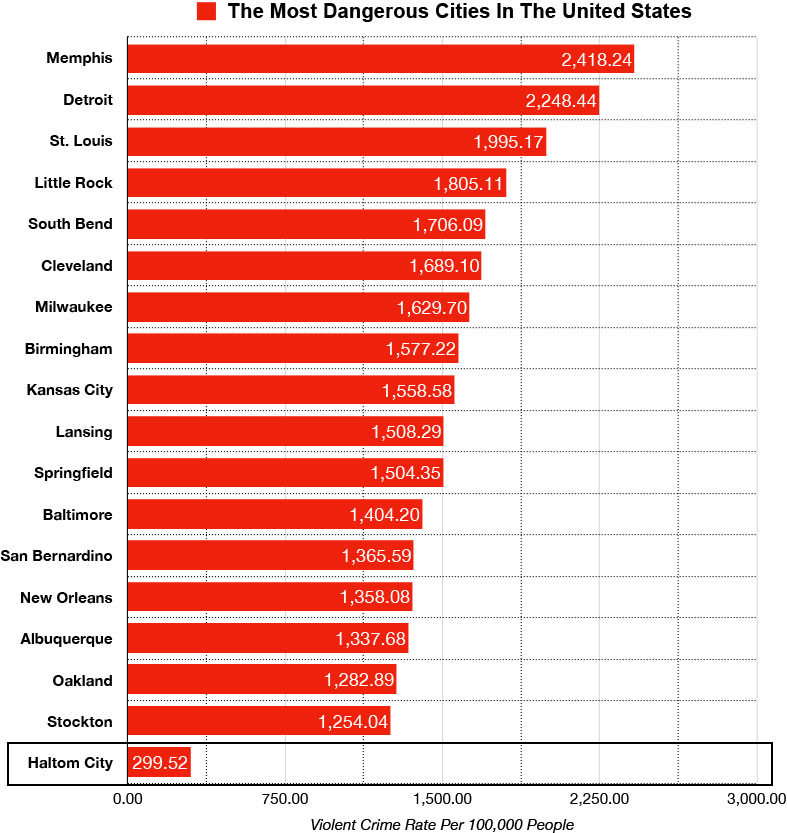 The Best Things to See and Do In Haltom City 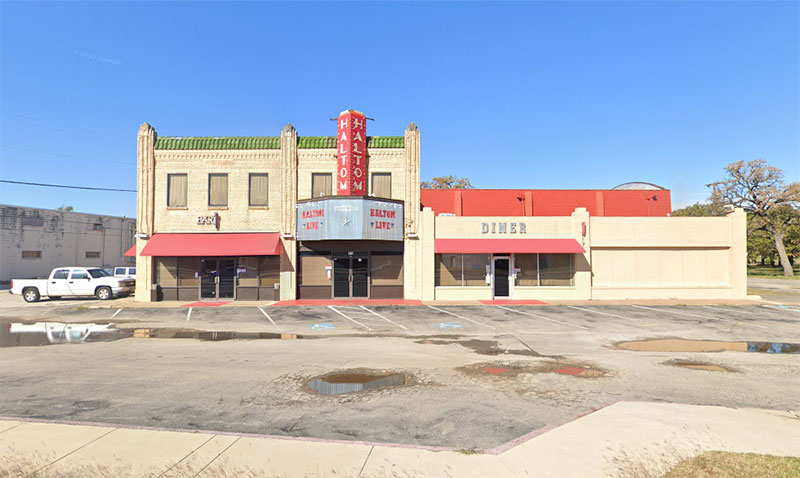 The Haltom Theater houses music, comedy, burlesque, and wrestling. It has a capacity of over 200 people. There is great seating in the auditorium with plenty of standing room.

Big names come through but it is also a good spot to support the local music scene!

They also serve well-priced home style Louisiana-inspired recipes like hot dogs, hamburgers, tacos, and nachos. The food alone is worth a visit.

The customer service is known to be top-notch with a polite staff. No matter what kind of entertainment you’re after, Haltom Theater has you covered. 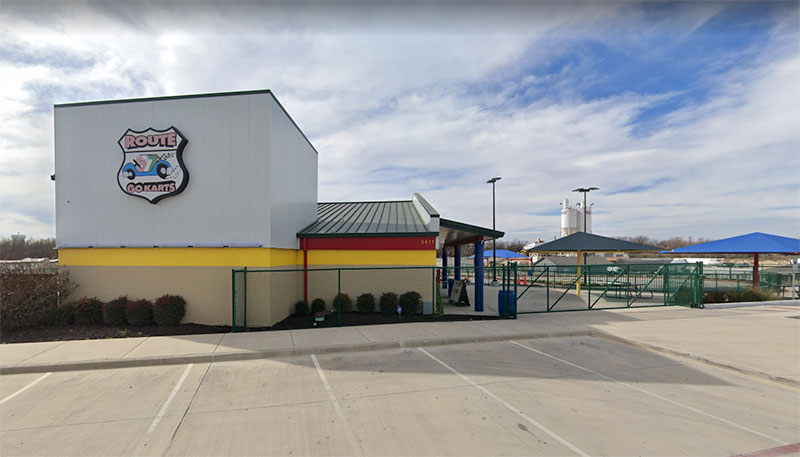 This is the place to go with family and friends to have some high-speed thrills.

They have a mix of single and double-seated go karts with a track that has twists, banked turns, and elevation changes. It will keep you second-guessing yourself whether you’re a go-kart newbie or pro.

It’s even known to be one of the best tracks in the entire state!

Route 377 Go-Karts also has an indoor, coin-operated arcade where you can redeem tickets for prizes. You will be kept perfectly busy while waiting for your turn! 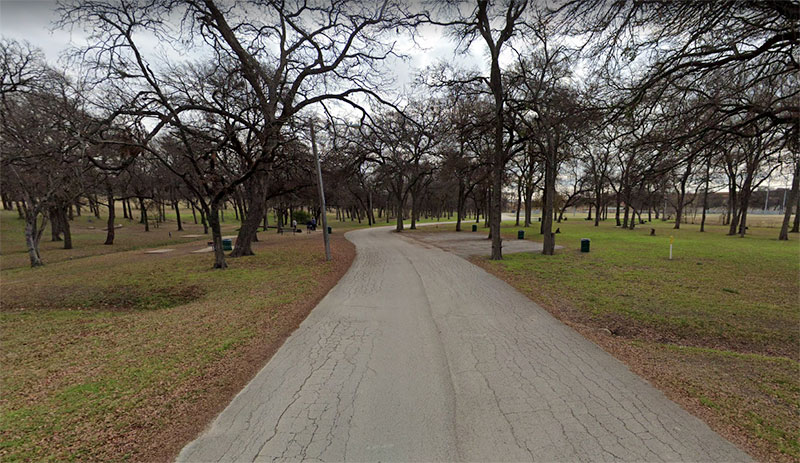 There are lots of trees and creeks running throughout the course, with long and short throws battling elevation changes at every turn.

You can find a map of the North Park Disc Golf Course at the entrance of the park, which is open year-round. 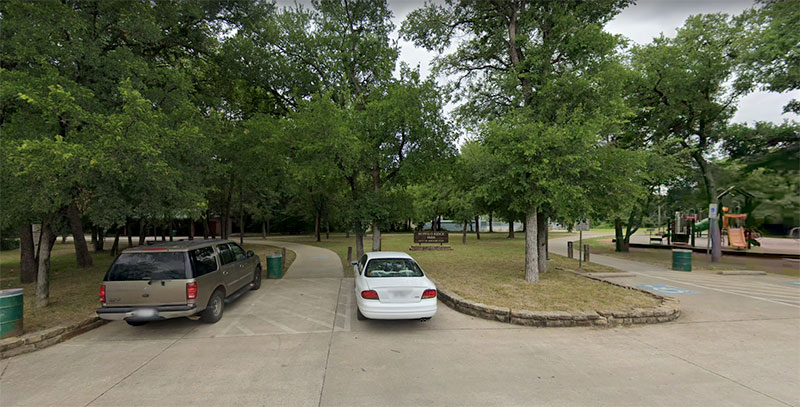 The trail features a river and some picnic tables and benches. 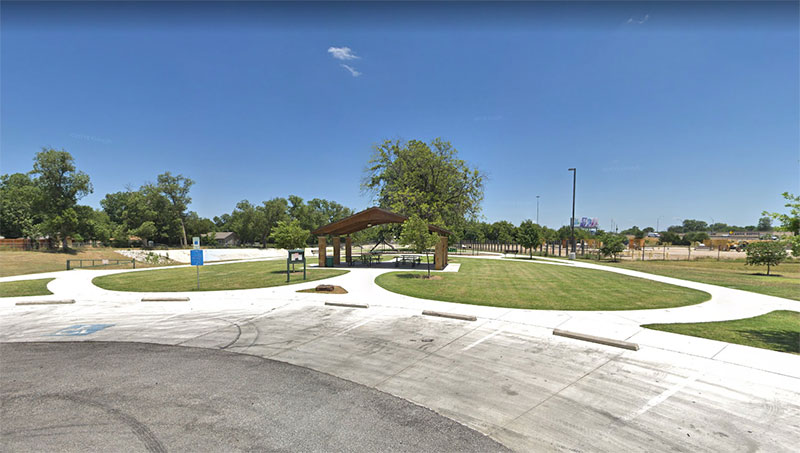 This is a beautiful 6.8 acre neighborhood park with a half-mile long hiking and biking trail, a picnic pavilion, a playground, and a restroom.

Birdville Trails Park is a favorite among locals. Its short path is perfect for when you want to get in a quick walk, and the picnic tables are a good spot for hanging out with friends.

Over the weekends it can get pretty full, but if you visit in the middle of a weekday you can find a place of peace and quiet. 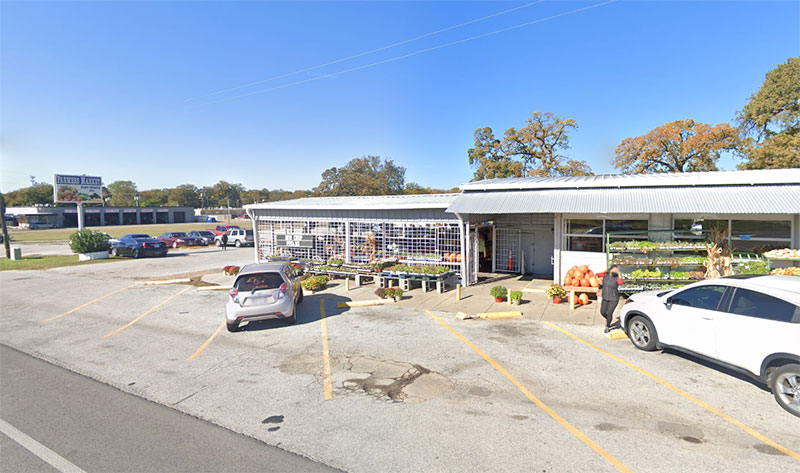 The Fort Worth Farmers Market has been family owned for almost four decades.

They are the best place in the area to get fresh fruits and vegetables and you can feel good knowing you’re supporting a small business.

The staff are some of the friendliest in town and you’ll walk out happier than you walked in!

Restaurants and Bars That Locals Love 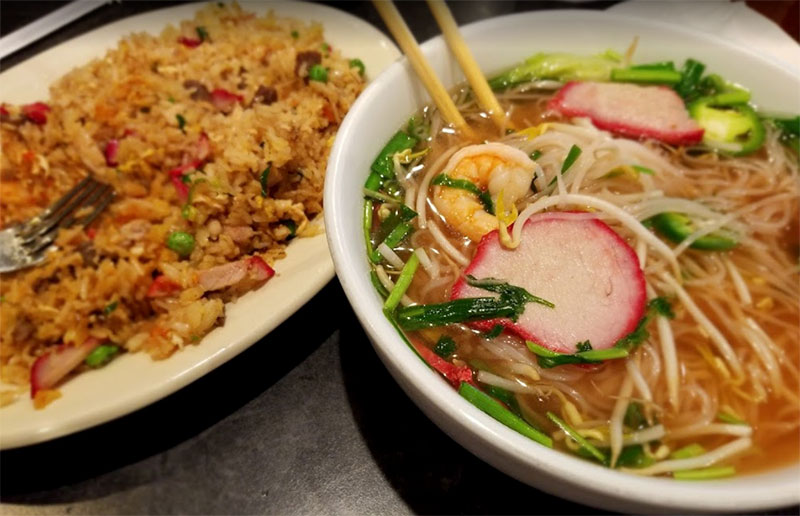 My Lan is a family owned Vietnamese restaurant that locals cherish. Everything on the menu is delicious and authentic, bringing a taste of Vietnam to a Texan suburb.

Their menu consist of food such as:

They also have vegan options and offer takeout. It’s a cherished spot for date nights, while also having your back when you want to stay in and order some delicious food. 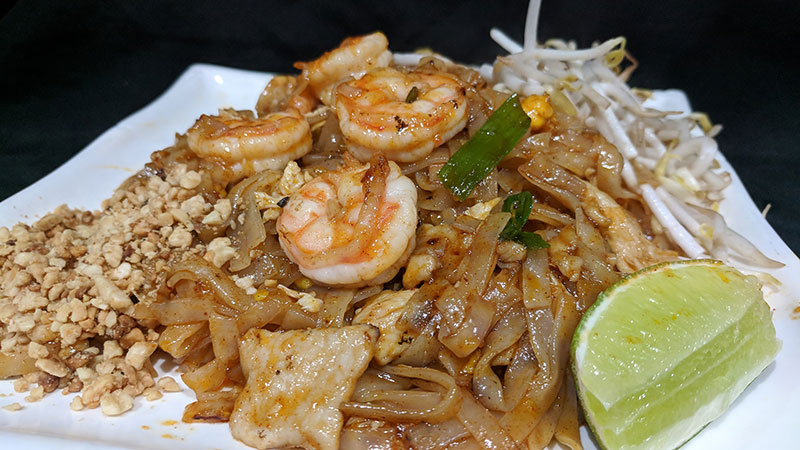 Sikhay Thai Lao Cuisine cooks each dish per order so anything can be made vegetarian or vegan.

Some of their services include:

Their most popular dishes are their Long Bean Salad, Sweet and Sour Fish, and Bird’s Nest. 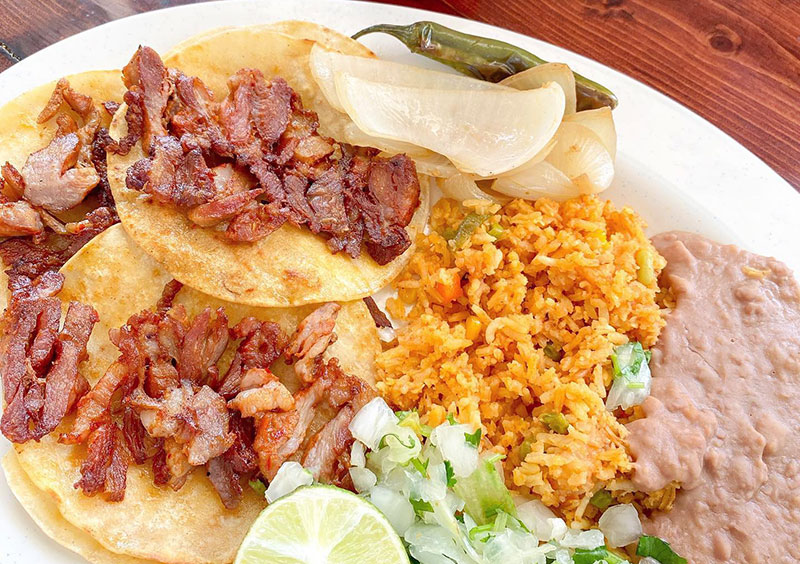 Texas is home to amazing Mexican food and tacos because of its proximity to Mexico.

They are known as one of the best taco places in town and are a necessity if you want to get a real taste of Haltom City! 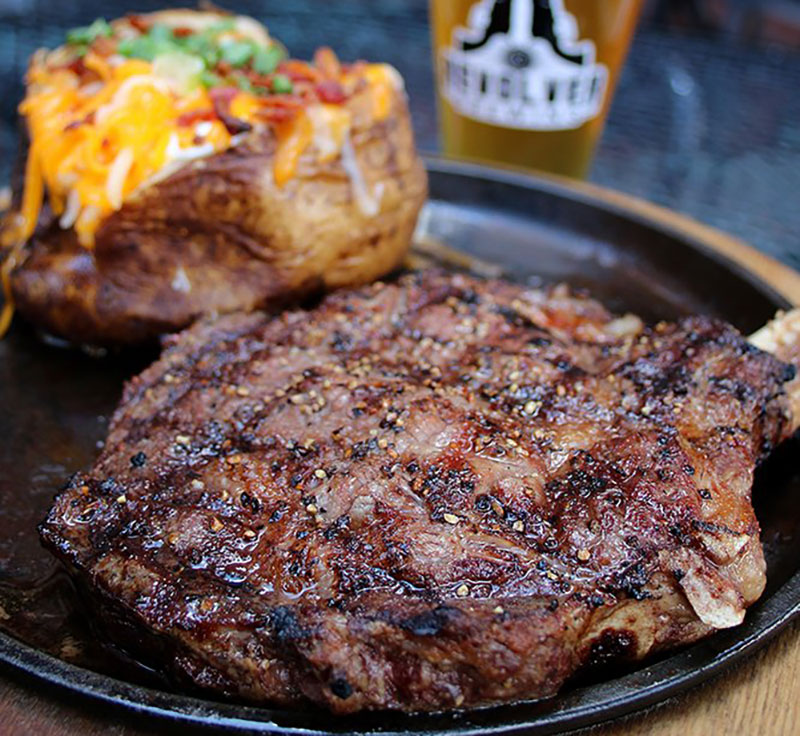 Many of their recipes have been handed down for multiple generations and they’re known as the best steakhouse in the whole state!

Along with steak, their kitchen also cooks up delicious chicken fried steak and burgers.

Their food is made from scratch every day and celebrates true Texan flavors. All they use for their steak is Kosher salt, pepper, and Certified Angus Beef.

Their comfortable, homey ambiance, paired with impeccable Texas hospitality, will put you right at ease as you enjoy the best steak of your life.

This isn’t a restaurant to miss! 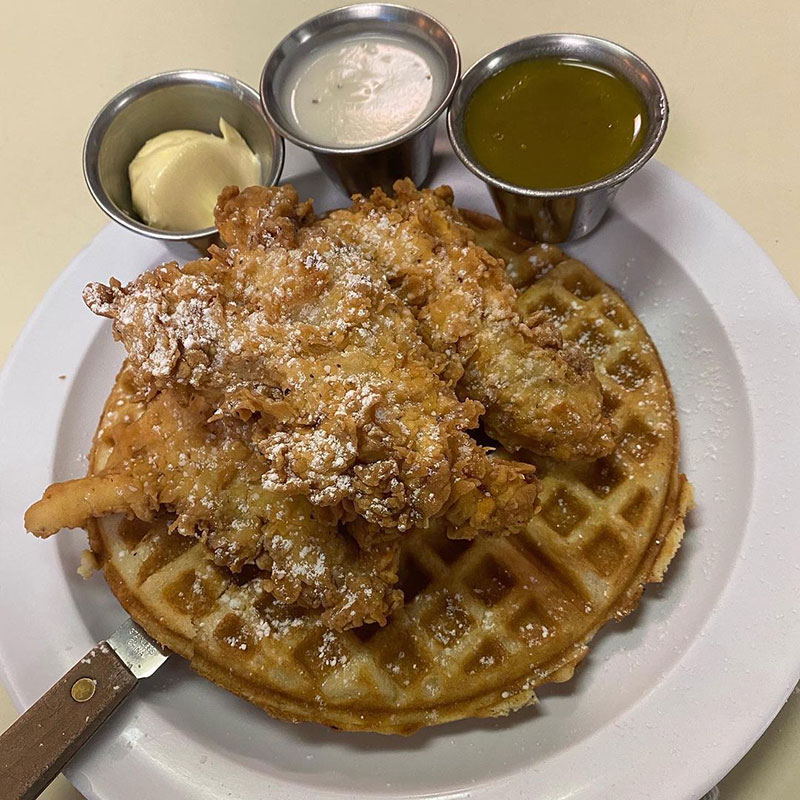 Bluebonnet Cafe is a bustling, world-famous cafe that’s been around since 1929.

It’s the spot to be if you want to run into people! Neighbors and friends are bound to be enjoying brunch when you walk in.

They specialize in comfort food, with breakfast being served all day. These are their weekly specials:

So if you want the scoop on what’s happening in town, head on down to the Bluebonnet Cafe! 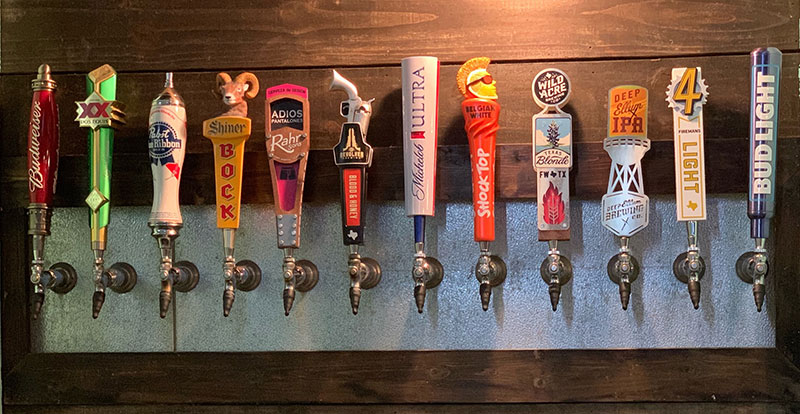 The bartenders are friendly and lightning-fast. They have live entertainment and a taco truck in the parking lot.

A mixed crowd occupies this bar: rock-a-billies, cowboys, and bikers all get along here.

It’s a hidden local gem that not many tourists know about. It’s considered a second home by many who come here, and for good reason.

What do residents think about Haltom City?

One of the things that residents love most about Haltom City is its diversity. They pride themselves on being an accepting community that embraces different cultures and experiences.

People who have been around long enough have seen the city change drastically- from fields full of cows into a suburban area. But with all of the lovely businesses available, the change is welcomed.

The city is known to have some of the best food in the area, especially Thai and Vietnamese (which is why they made our list!)

It is an ideal suburb if you want the perks of downtown Fort Worth without living in all the chaos. It’s also not too far from some major cities in Texas, making for great day trips.

The city’s parks are a welcome respite from the hustle and bustle of a suburb and are perfect for both a quiet walk or a party with friends.

Haltom City has it all.

Whether you’re looking for food, parks, farmers markets, or beautiful weather- this is the place to be.

You can’t make a trip to Texas without visiting Haltom City. If you want to experience some real Texas culture and hospitality, Haltom City is a must.

Now you know all the local’s secrets and can experience Haltom City the right way!