If you are thinking about visiting Louisville and have some qualms about the safety of the city, we got you covered.

We are going to deep dive into the statistics, look at some maps, graphs and talk to the residents of the city to give you a better understanding of how safe Louisville really is.

Is Louisville, Kentucky Safe To Visit?

Statistically speaking, Louisville is a slightly unsafe place to visit. In 2020, Louisville had a violent crime rate of 926.58 per 100,000 people and is on par with cities like Chicago, Houston and Cincinnati.

Murder in the city is particularly bad. In 2021 Louisville reported 188 homicides, which broke its all time record that was set in 2020. 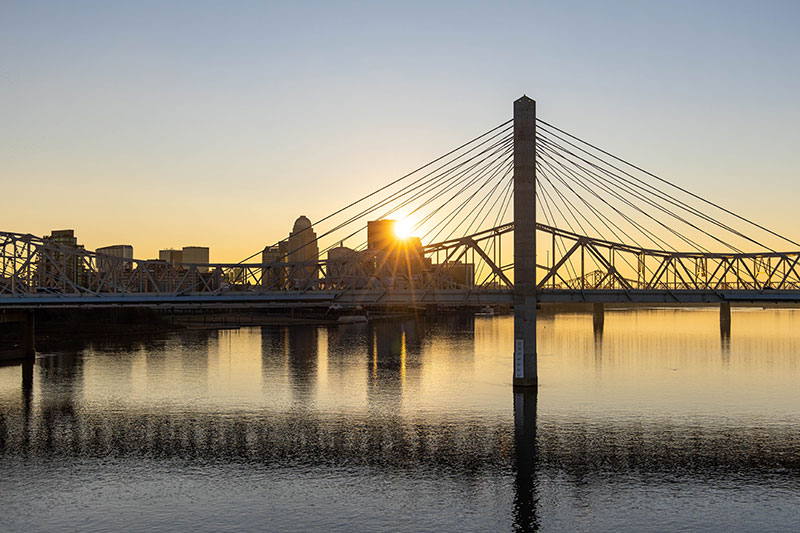 Here’s a map showing you how violent crime has trended in Louisville over a 17 year period. 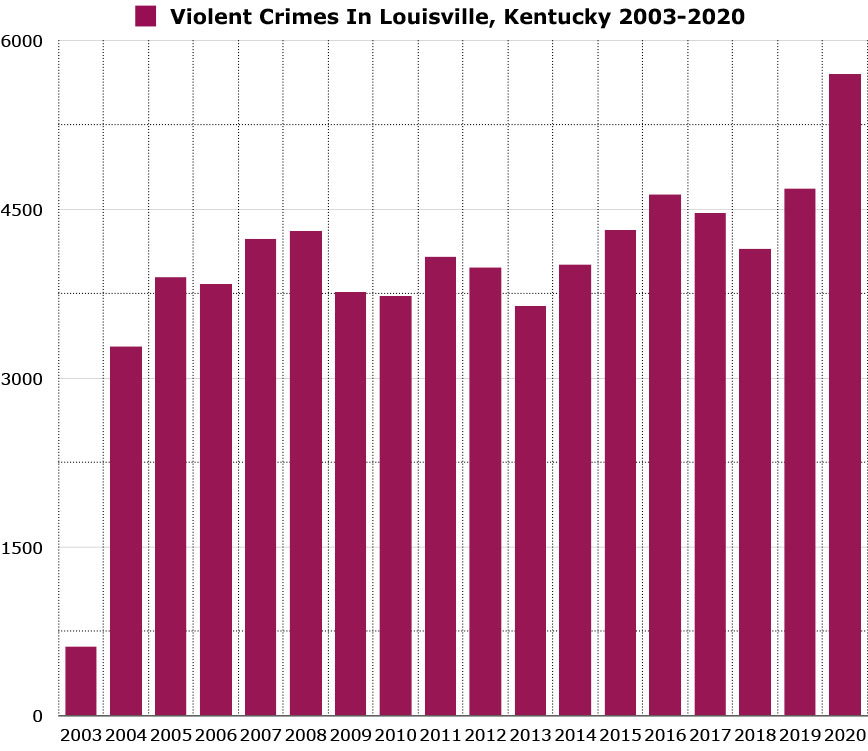 Here’s a map showing you how property crime has trended in Louisville over a 17 year period. 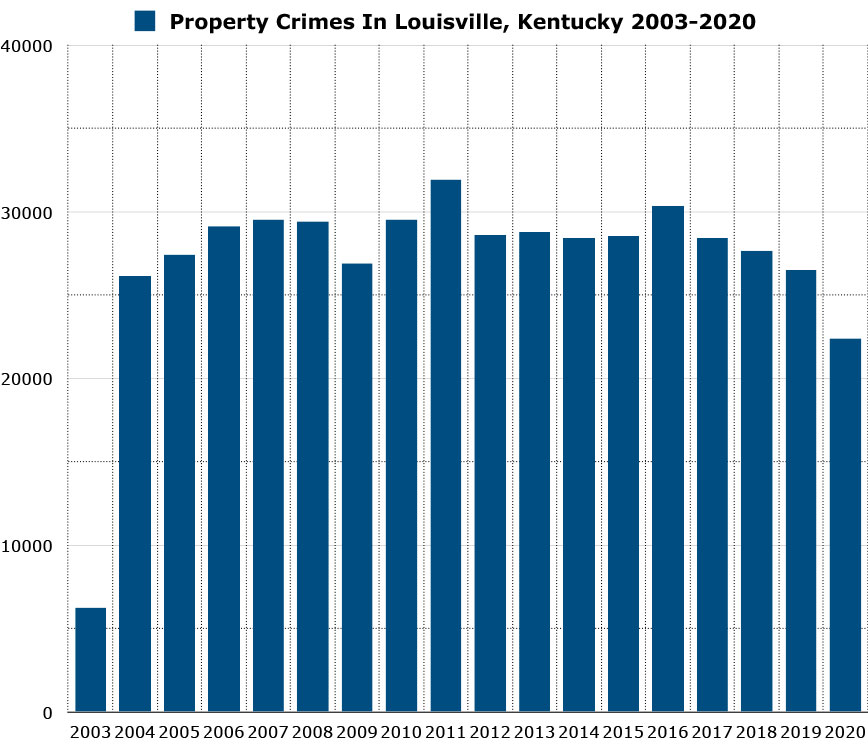 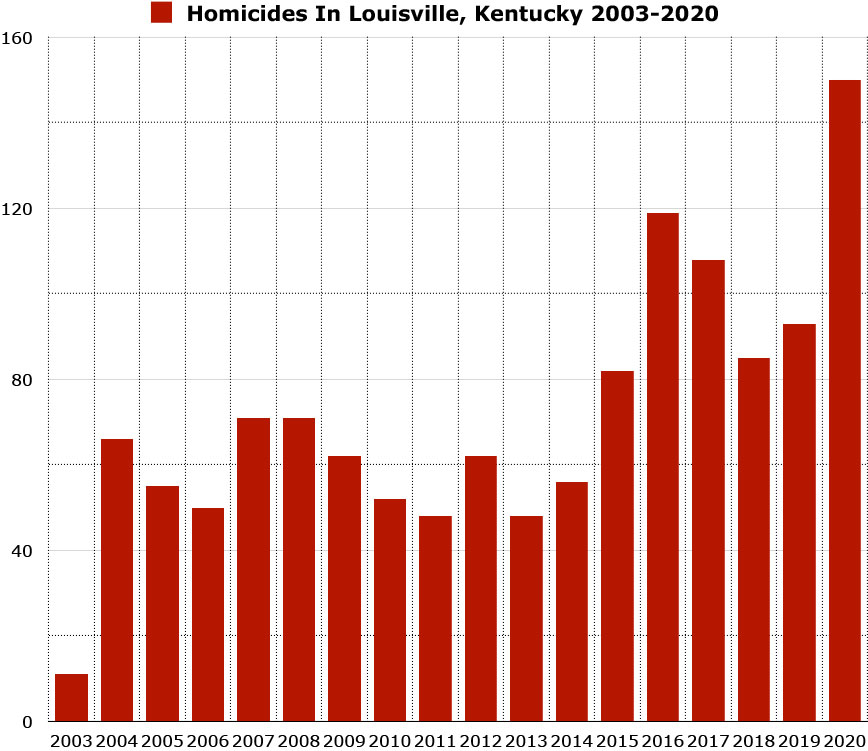 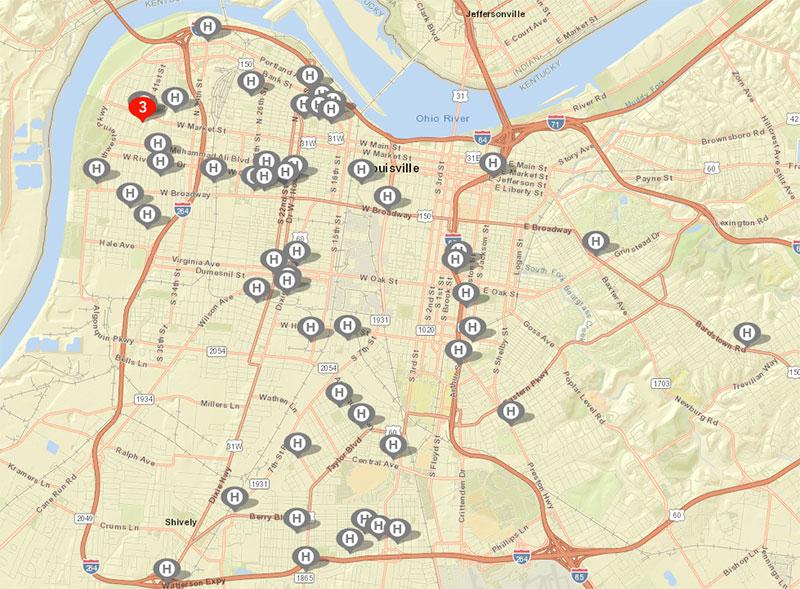 Louisville vs The Rest Of Kentucky 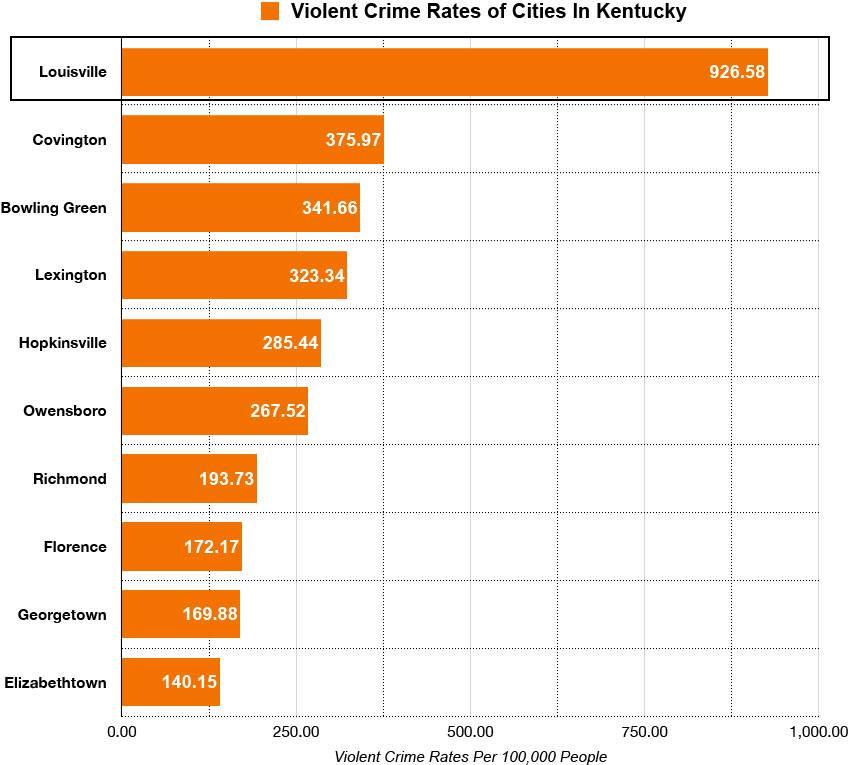 Louisville, Kentucky vs The Most Dangerous Cities in the United States 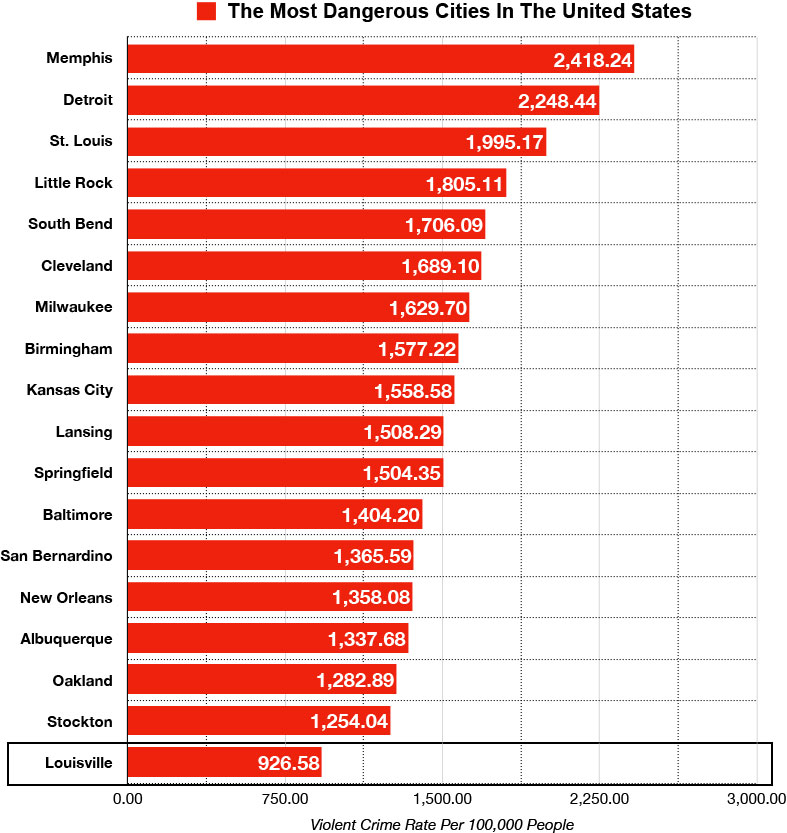 The Most Dangerous Neighborhoods In Louisville, Kentucky 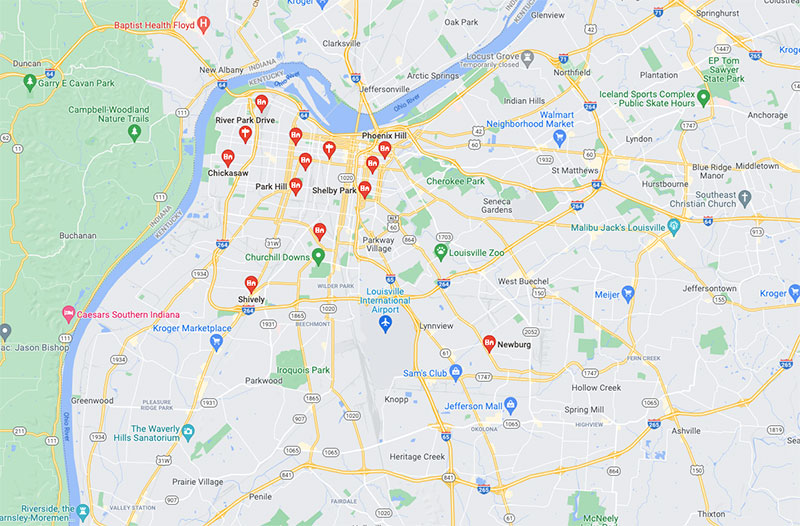 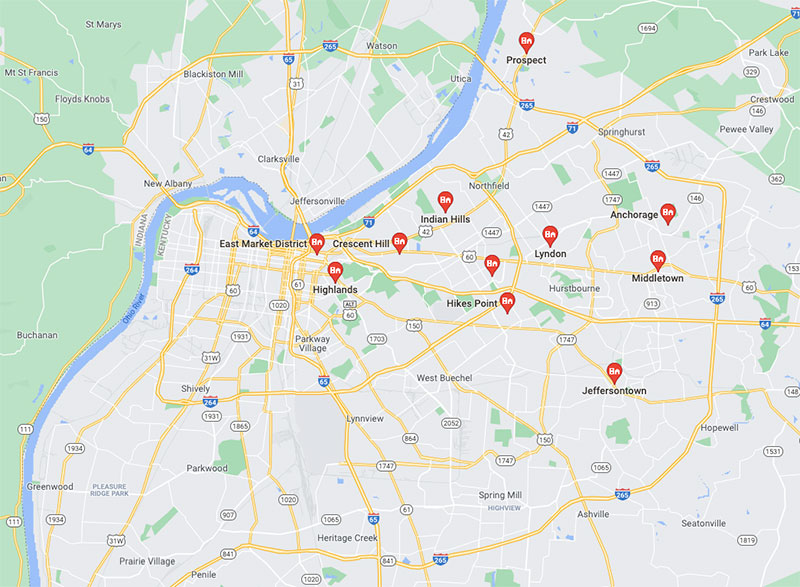 Here’s a map that roughly outlines the good and bad parts of Louisville, Kentucky. 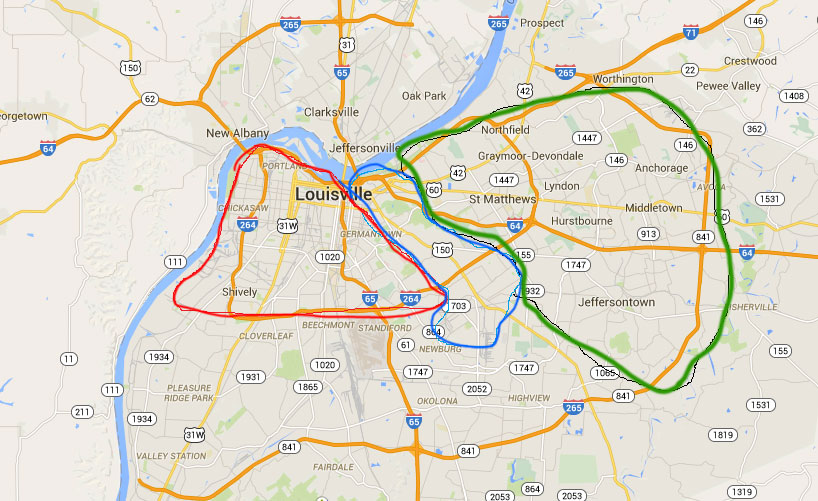 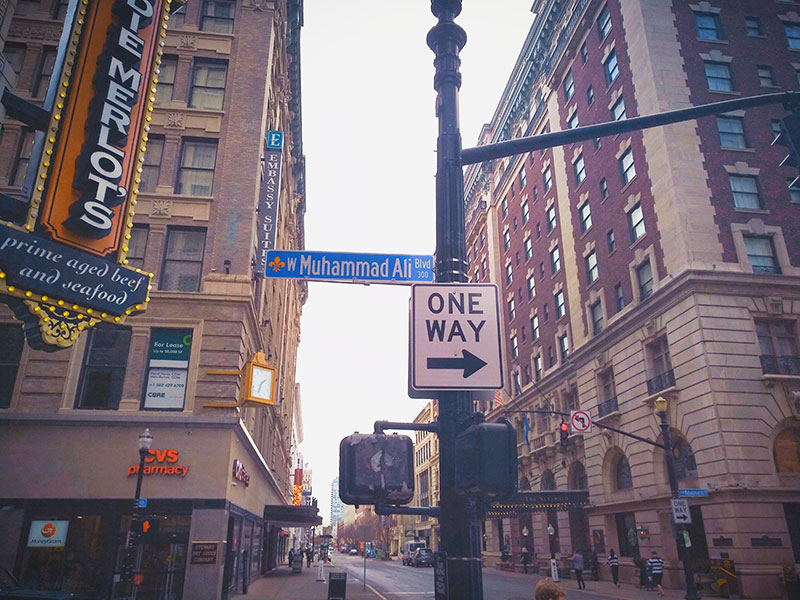 Downtown Louisville is generally a safe area to visit during the day time. You should be careful not to stray too far west and go past 9th street as you will be entering a sketchy area.

Many residents say that Downtown Louisville is not too lively, especially after Covid hit and is mostly just a business center now. They say that Highlands, Germantown or NuLu are more vibrant and have better options for bars, breweries, restaurants, and shops.

Is Louisville, Kentucky Safe From Tornadoes?

Louisville is not safe from tornadoes and is susceptible to them.

At the beginning of 2022, Kentucky was hit by a flurry of hurricanes throughout southern Kentucky with wind speeds ranging between 85 mph and 110 mph. These tornadoes hit just 3 weeks after a series of deadly tornadoes killed 77 people in Kentucky

Is Louisville in Tornado Alley?

Louisville is not in tornado alley. The states of Texas, Louisiana, Arkansas, Oklahoma, Kansas, South Dakota, Iowa and Nebraska are consider part of tornado alley. A study of tornadoes that occurred between 1921–1995 concluded almost 1/4 of all significant tornadoes occur in this area.

What do residents of Louisville say about it’s safety?

Is Louisville Safe For Women?

While there are no guarantees, Louisville is generally safe for female solo travelers as long as you learn the layout of the city, avoid problem areas, stay in well lit/well populated areas and avoid walking by yourself at night.

Is Louisville Safe At Night?

Louisville is safe at night as long as you stay away from the sketchy neighborhoods mentioned above. Most of the violent crime in Louisville is concetrated in the west end and southern parts.

You should be able to mitigate your chances of being a victim if you study the layout of the city and avoid areas where crime is high.