If you are thinking about visiting Charleston and have some qualms about the safety of the city, we got you covered.

We are going to deep dive into the statistics, look at some maps, graphs and talk to the residents of the city to give you a better understanding of how safe Charleston really is. 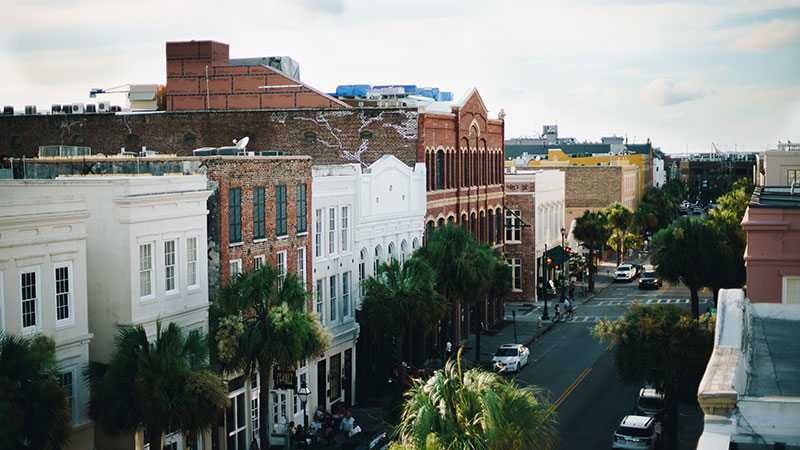 Here’s a scale to give you some perspective on Charleston’s violent crime rate.

Here’s a map showing you how violent crime has trended in Charleston over a 30 year period.

Here’s a map showing you how property crime has trended in Charleston over a 30 year period. 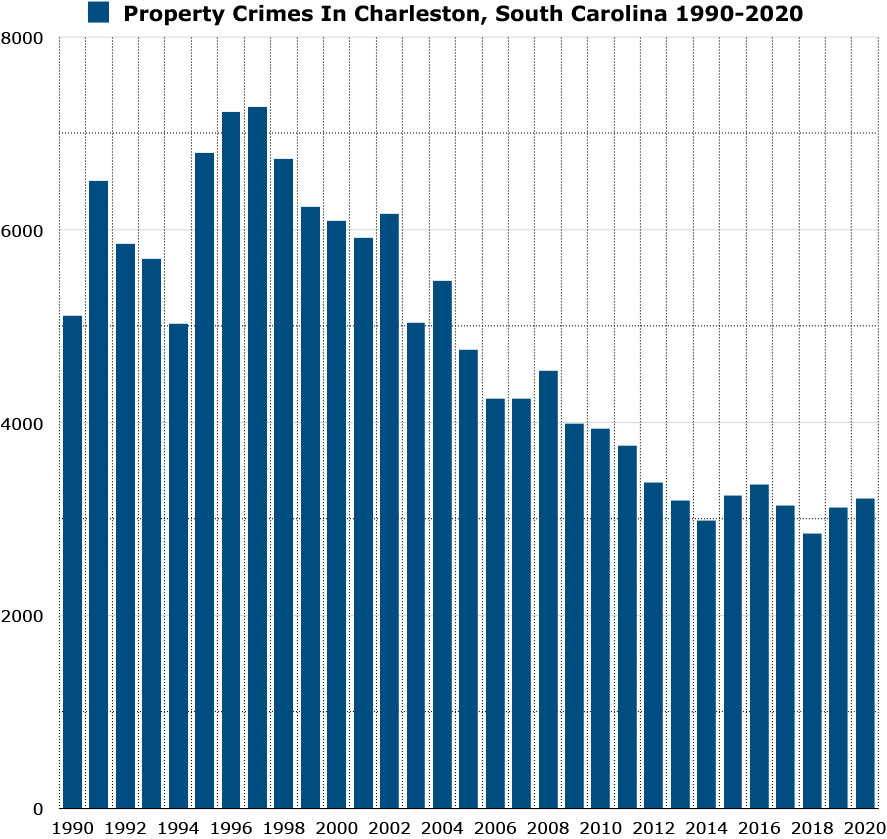 Here’s a map showing you how homicides has trended in Charleston over a 30 year period. 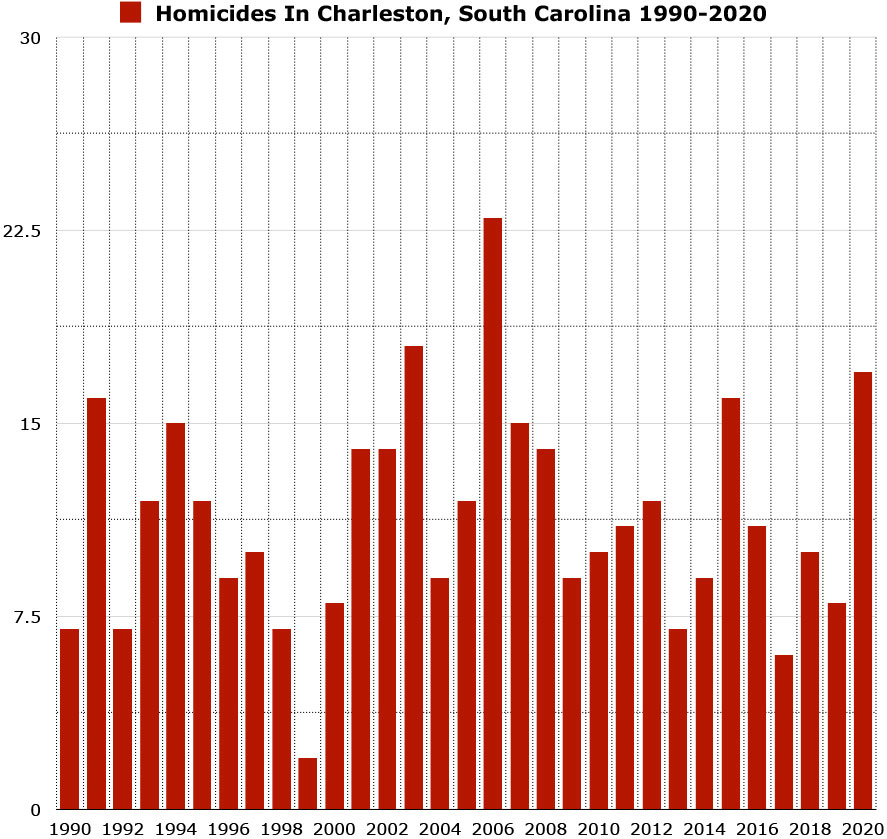 Charleston vs Other Cities In South Carolina 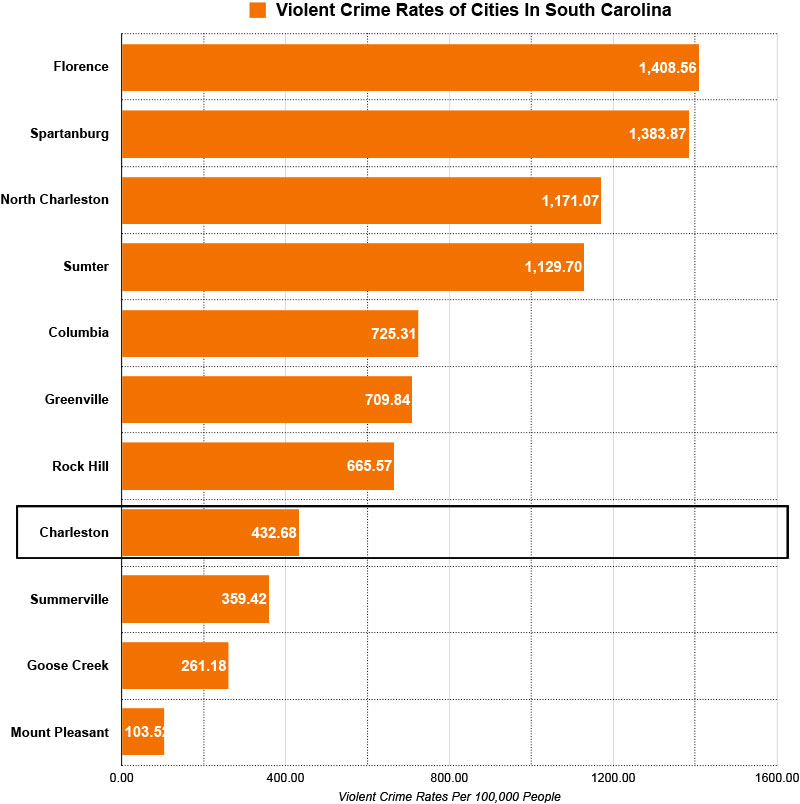 North Charleston is a separate city from Charleston, similarly to how Cleveland and East Cleveland are two distinct cities.

Not only are they completely different cities, they crime rates drastically differ. While Charleston’s crime rate is low, North Charleston suffers from some of the worst crime rates in the state.

Charleston, South Carolina vs The Most Dangerous Cities in the United States 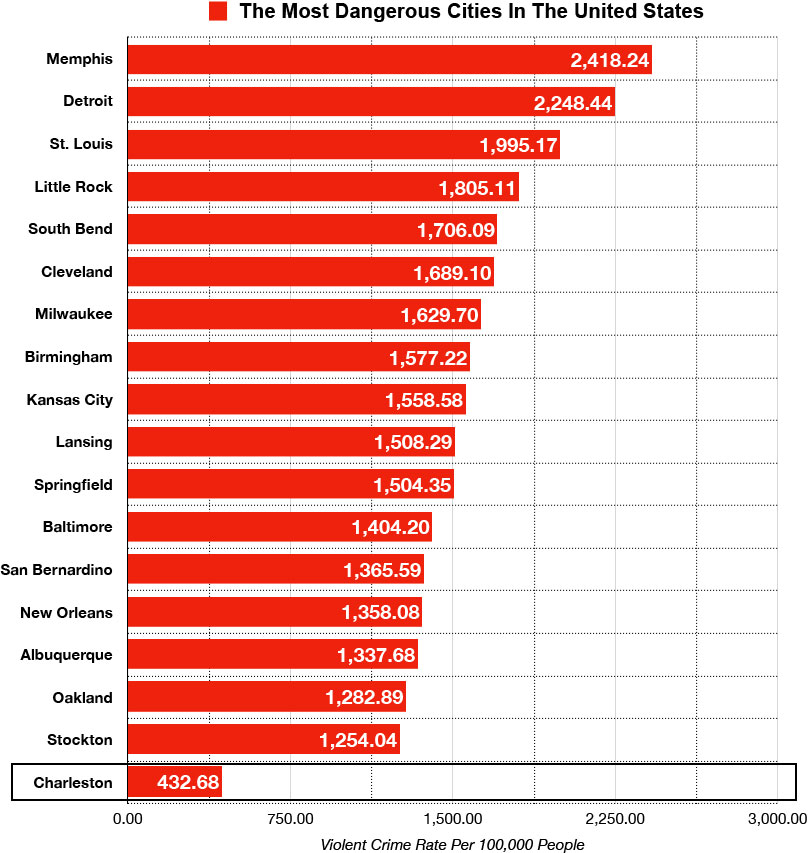 Here’s a map that outlines the many neighborhoods in South Carolina. 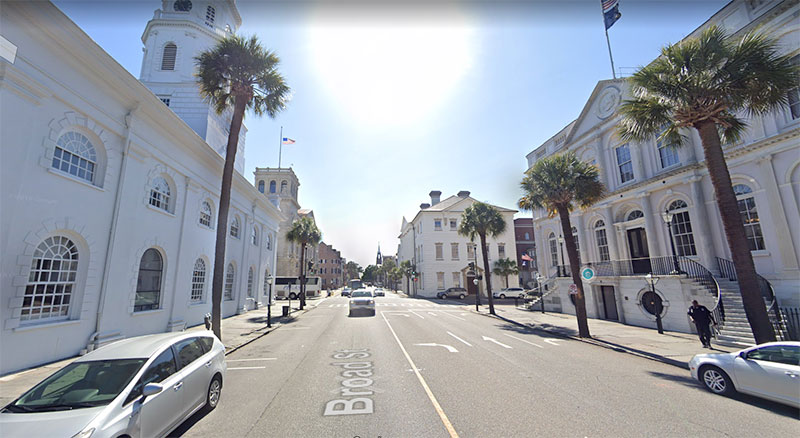 Downtown Charleston is generally a safe area to visit during the day time. At night the situation is a bit different and we recommend that you stay in the well populated areas and don’t stray off the beaten path.

America St. and the surrounding areas is the roughest parts of downtown and you should avoid those area at night.

Charleston is not safe from hurricanes and is susceptible to them, due to its location on the coast and is something you have to take into consideration when visiting

The last major hurricane to hit Charleston was Hurricane Hugo in 1989, which devastated the area with 140mph winds and left $7 billion in damage and caused 26 fatalities.

When is hurricane season in Charleston?

Is it safe to visit Charleston during hurricane season?

Is Charleston safe from Tornadoes?

Charleston is not safe from tornadoes and is slightly susceptible to them.

Is Charleston in tornado alley?

Charleston is not in tornado alley. The states of Texas, Louisiana, Arkansas, Oklahoma, Kansas, South Dakota, Iowa and Nebraska are consider part of tornado alley. A study of tornadoes that occurred between 1921–1995 concluded almost 1/4 of all significant tornadoes occur in this area.

Is the public transportation in Charleston safe?

What do residents of Charleston say about it’s safety?

Is Charleston safe for women?

While there are no guarantees, Charleston is generally safe for female solo travelers as long as you learn the layout of the city, avoid problem areas, stay in well lit/well populated areas and avoid walking by yourself at night.

Is Charleston safe at night?

Charleston is safe at night as long as you stay away from the sketchy neighborhoods mentioned above. You should be able to mitigate your chances of being a victim if you study the layout of the city and avoid areas where crime is high.

If you have any concerns about the tap water in Charleston, we suggest that you use bottle water for your drinking needs. 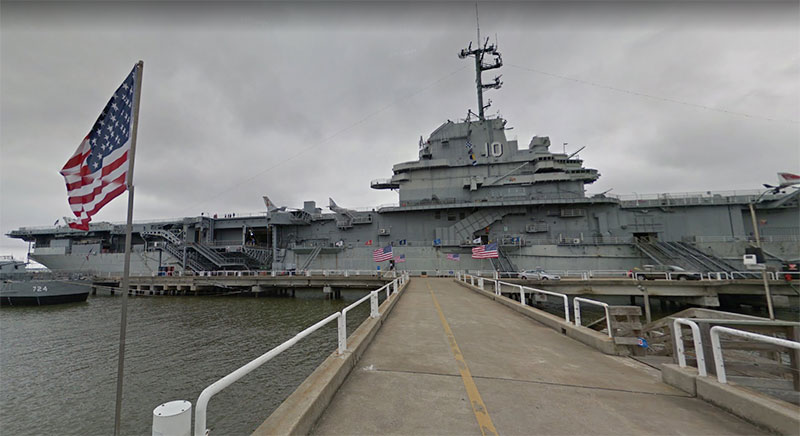