If you are thinking about visiting Richmond and have some qualms about the safety of the city, we got you covered.

We are going to deep dive into the statistics, look at some maps, graphs and talk to the residents of the city to give you a better understanding of how safe Richmond really is.

Is Richmond, Virginia Safe To Visit?

Here’s a map showing you how violent crimes have trended in Richmond over a 30 year period. 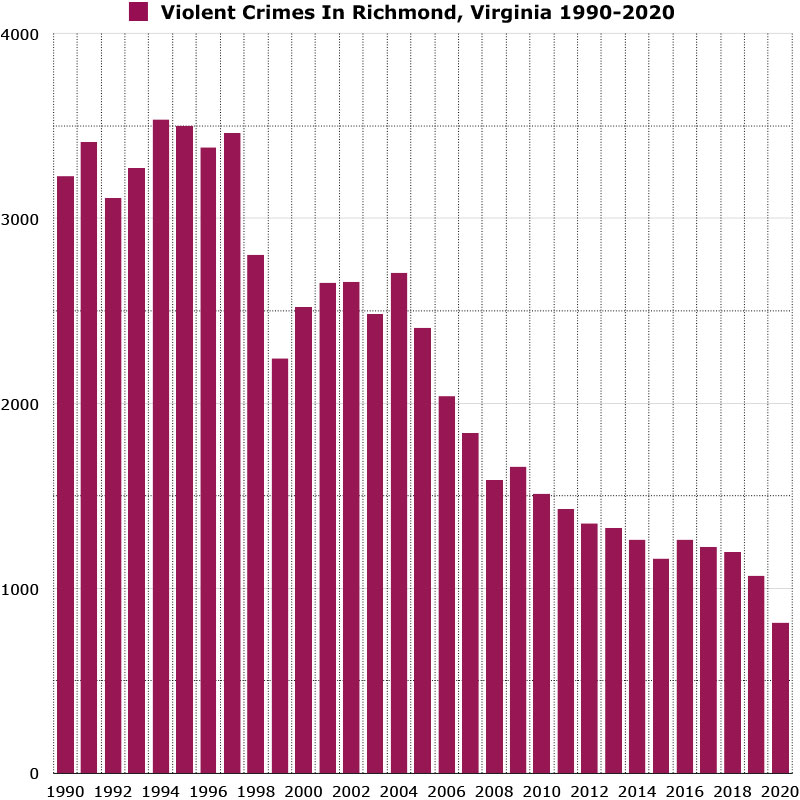 Here’s a map showing you how property crimes have trended in Richmond over a 30 year period. 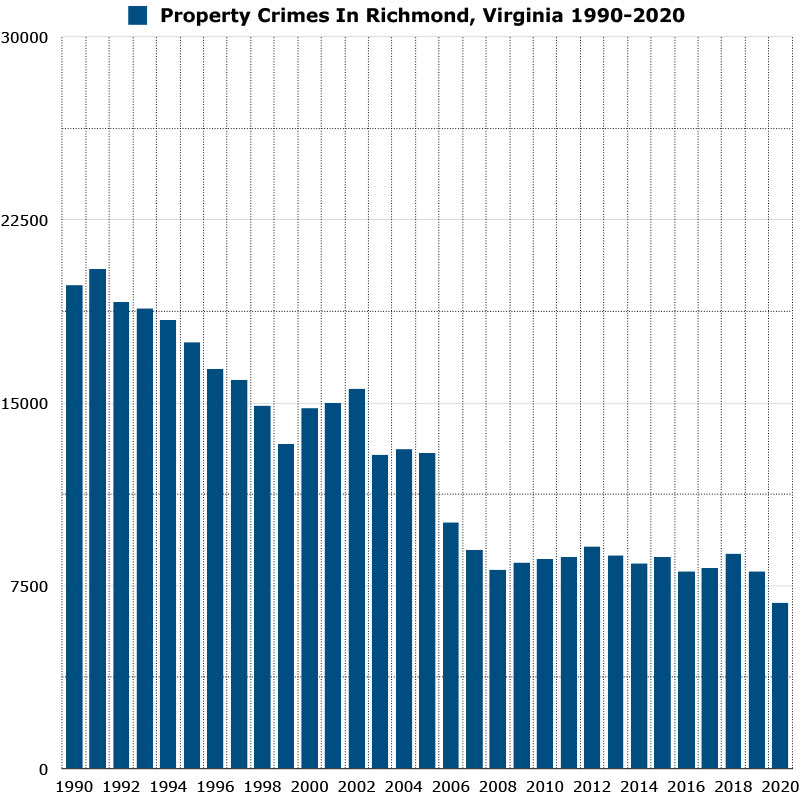 Here’s a map showing you how homicides have trended in Richmond over a 30 year period. 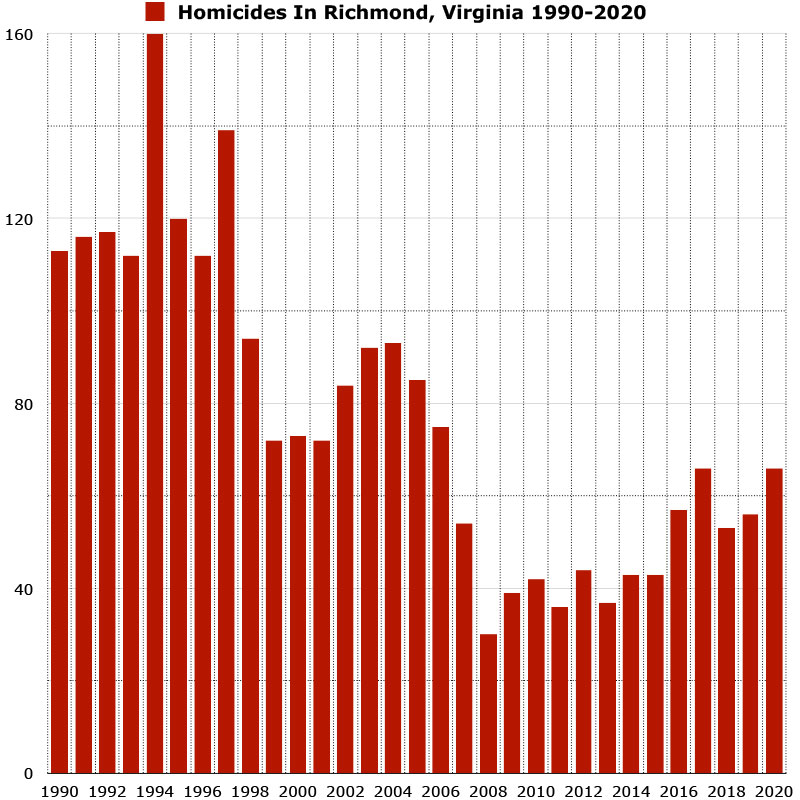 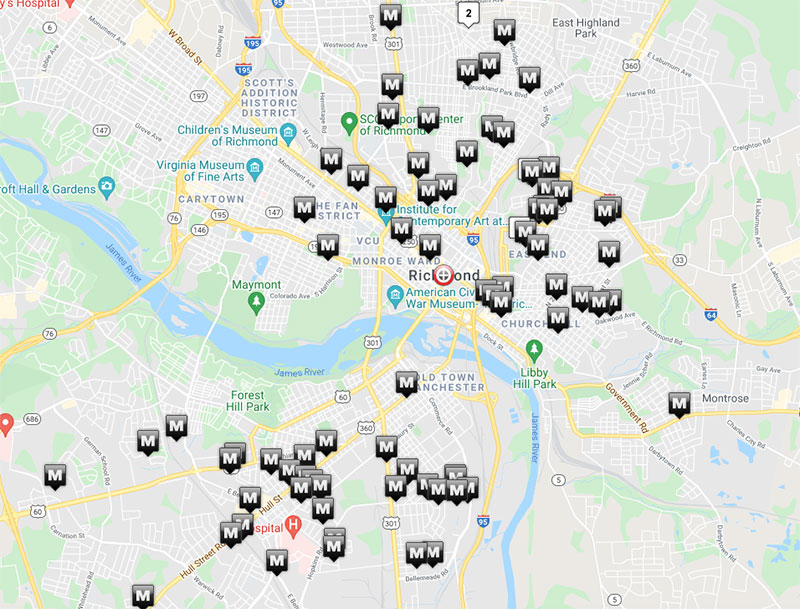 Richmond vs Other Cities In Virginia 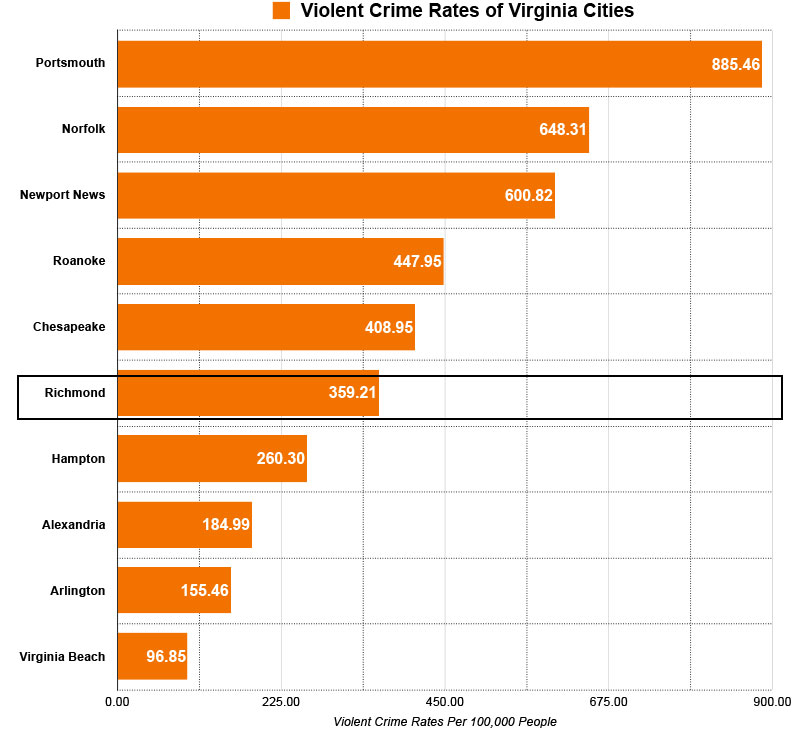 Richmond, Virginia vs The Most Dangerous Cities in the United States 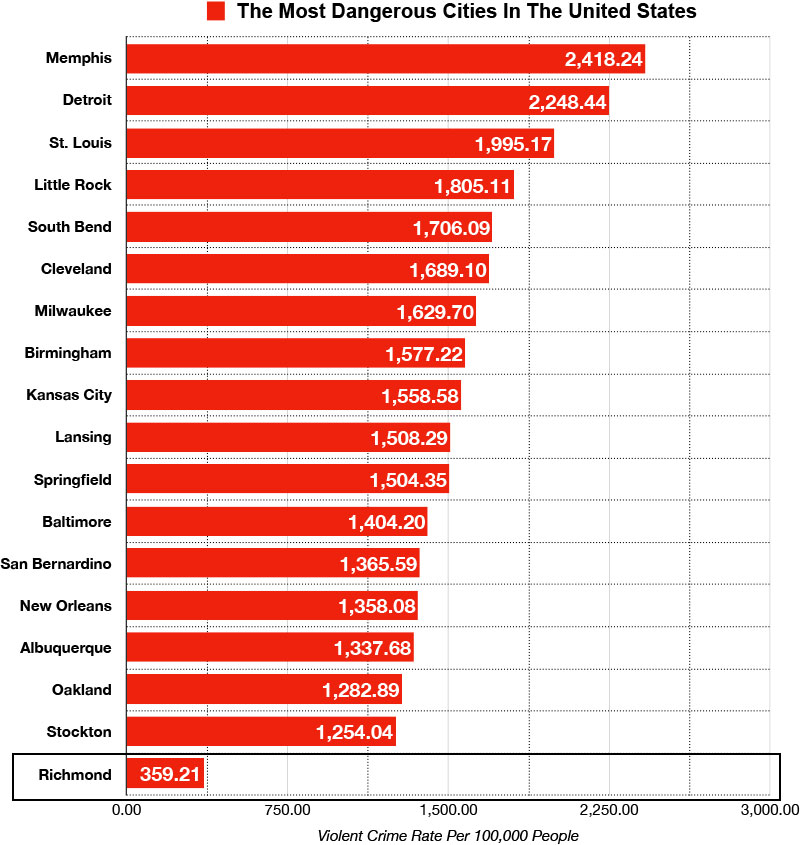 Most Dangerous Neighborhoods In Richmond, Virginia 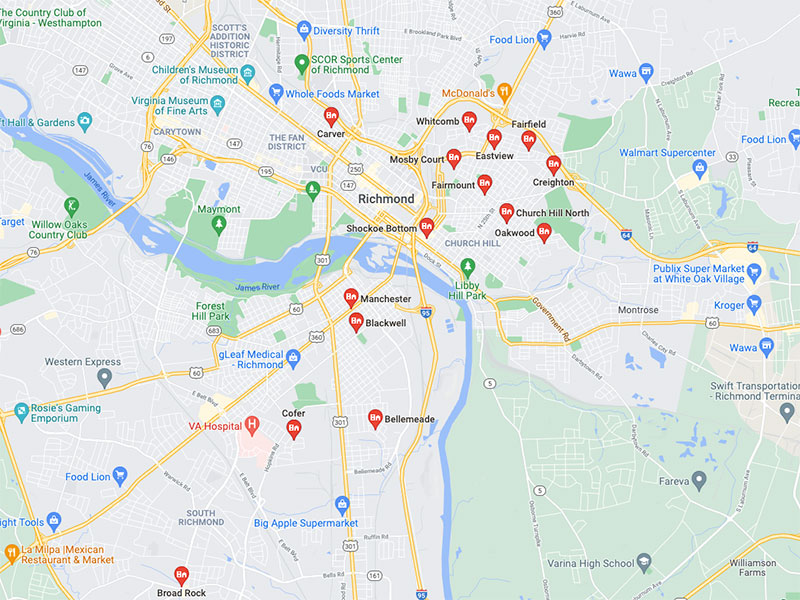 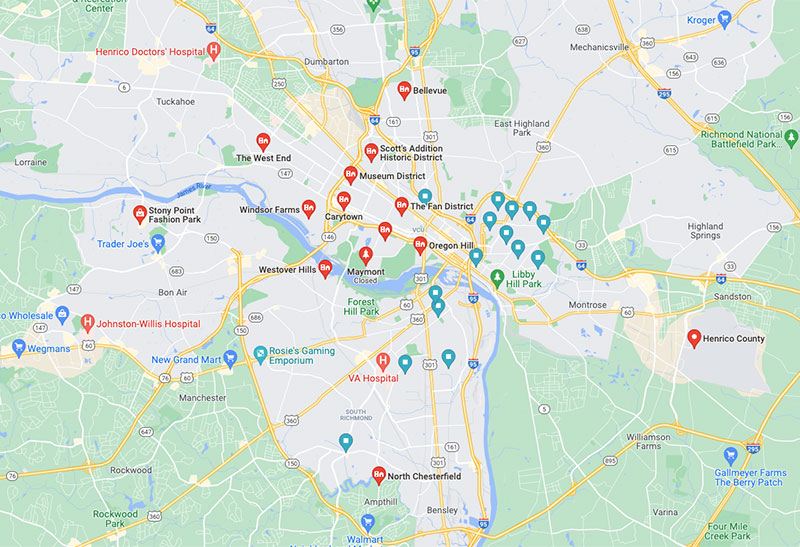 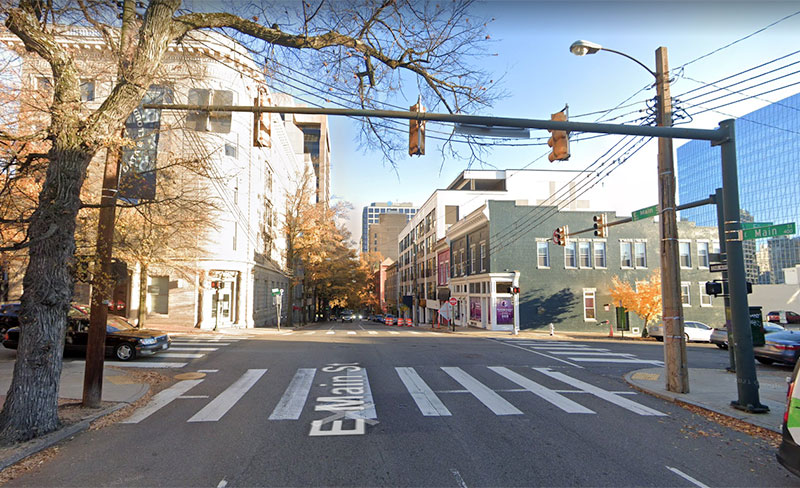 Downtown Richmond is generally a safe area to visit during the day time. At night, we recommend that you don’t venture out of the immediate downtown area, stay in well populated places and don’t stray off the beaten path.

Many residents say that downtown is kind of a deadzone after 6pm and certain areas can feel very ’empty’. Residents also mention that the area around 5th to 13th is fine, but from 13th to 21st should be avoided at night and you should avoid going too far east into Shockoe Bottom, which is a sketchy part of town.

Is Richmond, Virginia safe from hurricanes?

Richmond is not safe from hurricanes and is susceptible to them. In 2003 Richmond was battered by 73mph wind gusts from Hurricane Isabel. The hurricane blew down thousands of trees across the area, knocking out power to over 2 million households, killed 36 people and left in its wake $1.85 billion in damages.

Hurricane season in Richmond is from June 1st through November 30th and the peak of hurricane season is mid-August to mid-October. Although hurricanes can and have occurred outside this time frame.

Is it safe to visit Richmond during hurricane season?

Is Richmond safe from tornadoes?

Richmond is not safe from tornadoes and is susceptible to them. Tornadoes in Virginia most often occur from March to May. Richmond is in the path of a tornado alley called ‘Dixie Alley‘.

Between 1991-2010, Virginia on average experienced 18 tornadoes annually. Virginia suffers the most tornados between the months of April and September.

Richmond last saw tornadoes on Sept. 17, 2018 when 5 separate tornadoes tracked within the city limits. Most of the damage consisted of snapped trees and power poles.

Is the public transportation in Richmond safe?

The public transportation system in Richmond is handled by GRTC (Greater Richmond Transit Company). and it offers 40 fixed bus routes.

It is generally safe to use the public transportation of Richmond during commuting hours (8am – 6pm), however we do not recommend that you take the bus at night. You should opt for a taxi or ride sharing service instead.

What do residents of Richmond say about it’s safety?

Is Richmond safe for women?

While there are no guarantees, Richmond is generally safe for female solo travelers as long as you learn the layout of the city, avoid problem areas, stay in well lit/well populated areas and avoid walking by yourself at night.

Is Richmond safe at night?

Richmond is safe at night as long as you stay away from the sketchy neighborhoods mentioned above. You should be able to mitigate your chances of being a victim if you study the layout of the city and avoid areas where crime is high.

While the tap water in Richmond meets the EPA health guidelines, it can still contain contaminants present in trace amounts that could potentially cause health issues over the long-run.

If you have any concerns about the tap water in Richmond, we suggest that you use bottle water for your drinking needs. 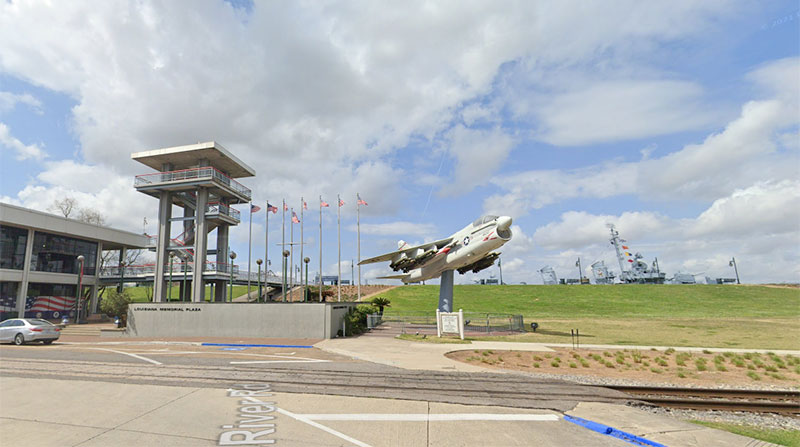