If you are thinking about visiting Myrtle Beach and have some qualms about the safety of the city, we got you covered.

We are going to deep dive into the statistics, look at some maps, graphs and talk to the residents of the city to give you a better understanding of how safe Myrtle Beach really is.

Keep in mind that the crime stats can be skewed, because while Myrtle Beach has a population of only 35,682 people, more than 18M tourists visit yearly and the crimes of the 18m tourist are also included in the per capita calculations.

Here’s a scale to give you some perspective on Myrtle Beach’s violent crime rate:

Here’s a map showing you how violent crime has trended in Myrtle Beach over a 30 year period. 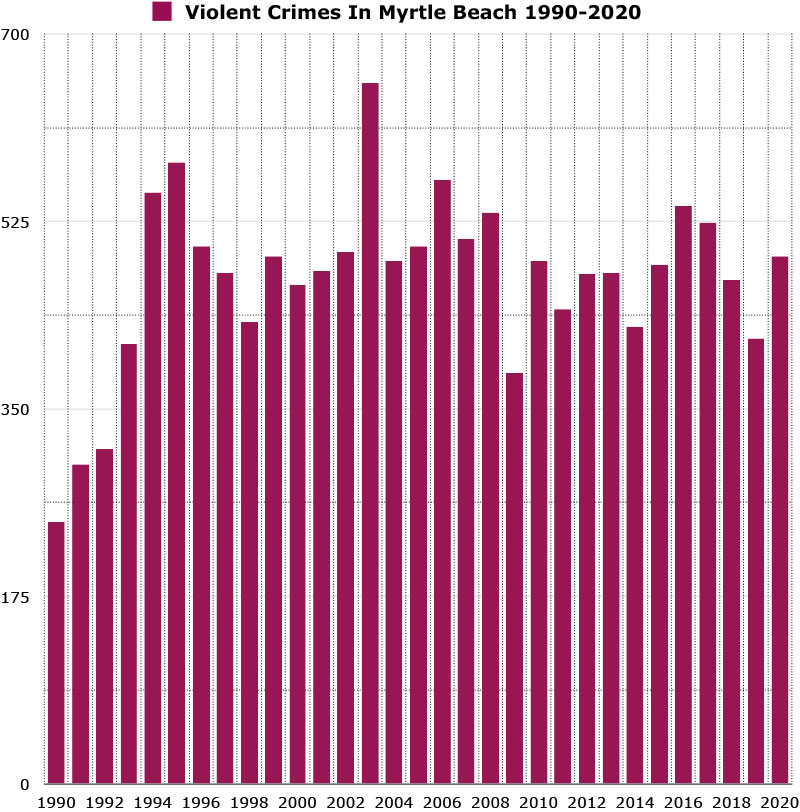 Here’s a map showing you how property crime has trended in Myrtle Beach over a 30 year period. 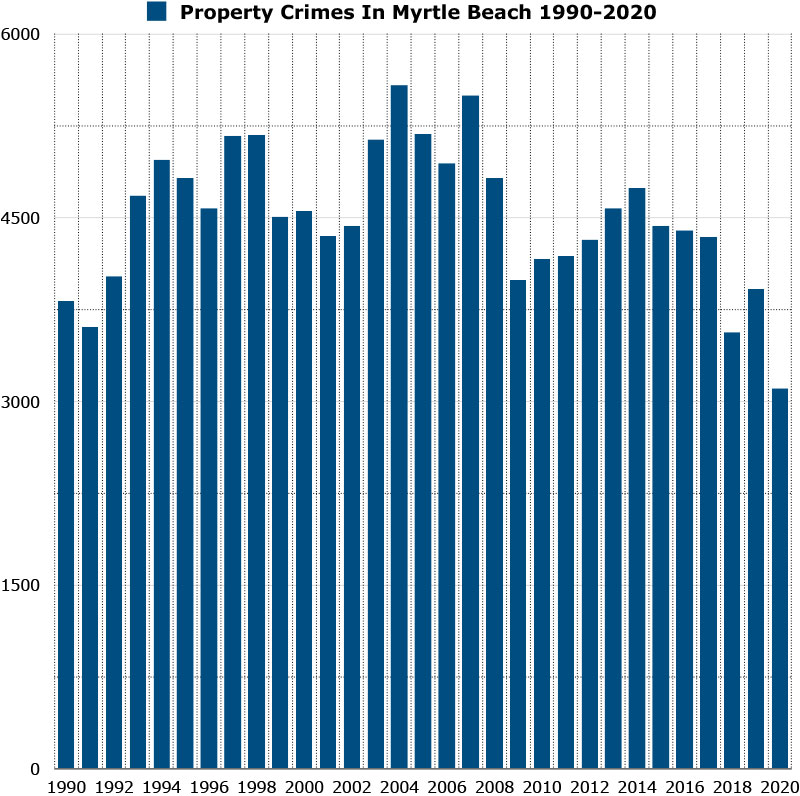 Here’s a map showing you how homicides has trended in Myrtle Beach over a 30 year period. 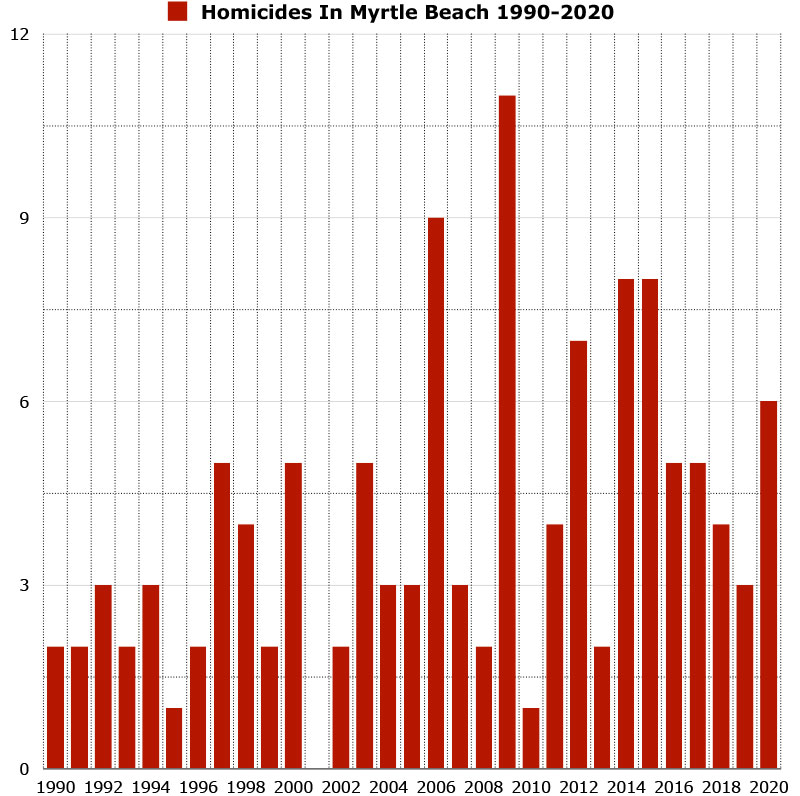 Myrtle Beach vs Other Cities In South Carolina 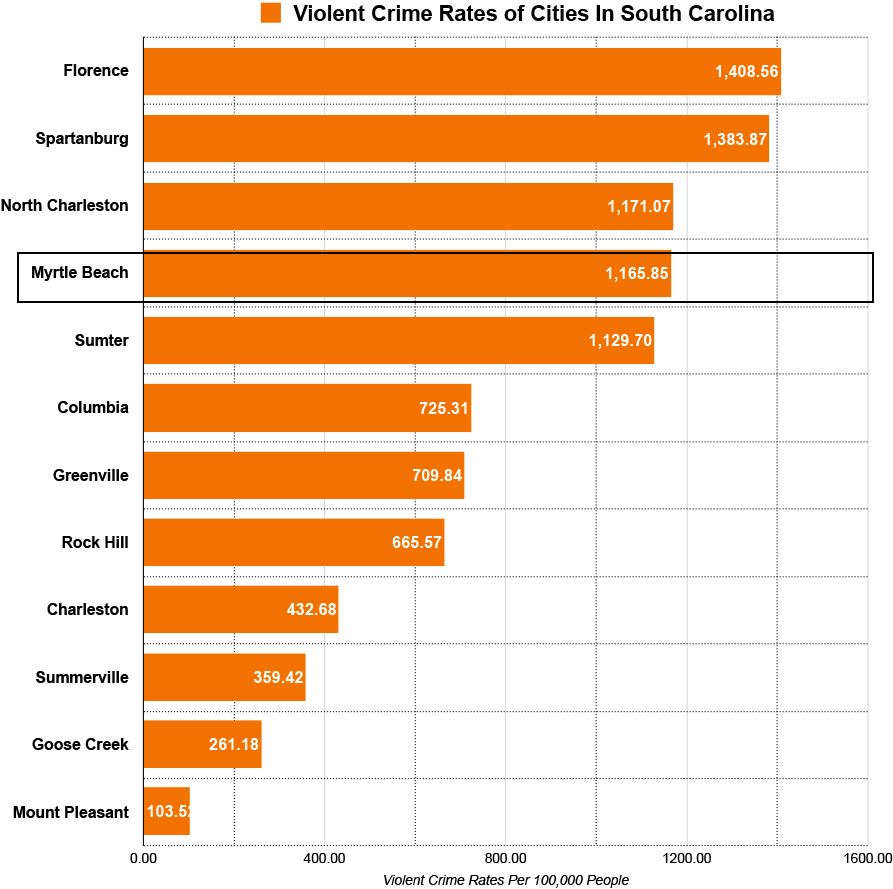 When it comes to crime, North Myrtle beach has a significantly lower rate of crime.

Myrtle Beach, South Carolina vs The Most Dangerous Cities in the United States 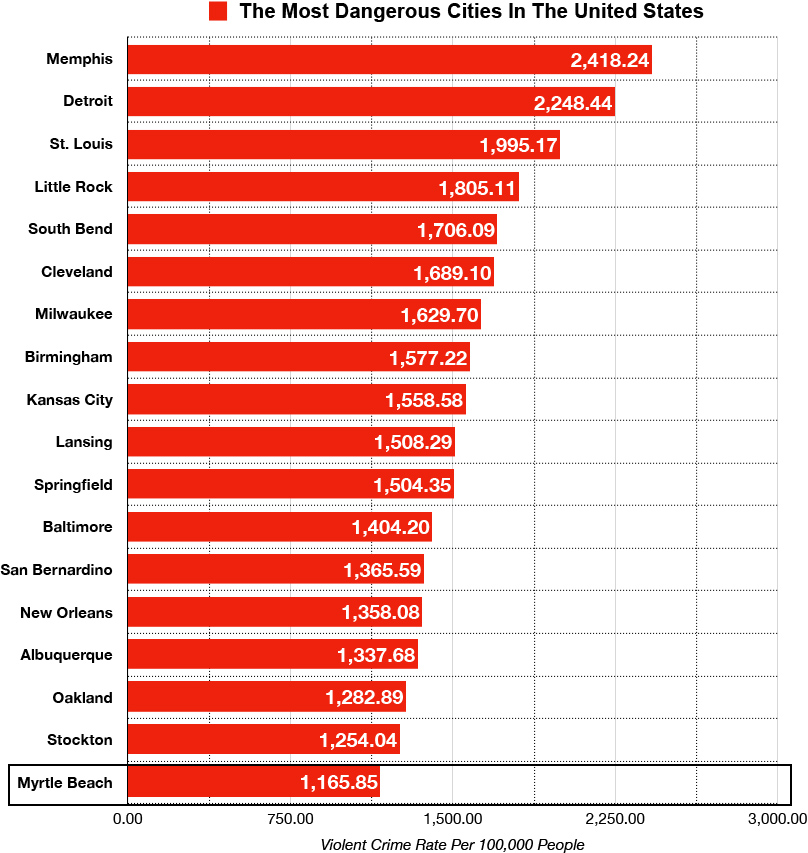 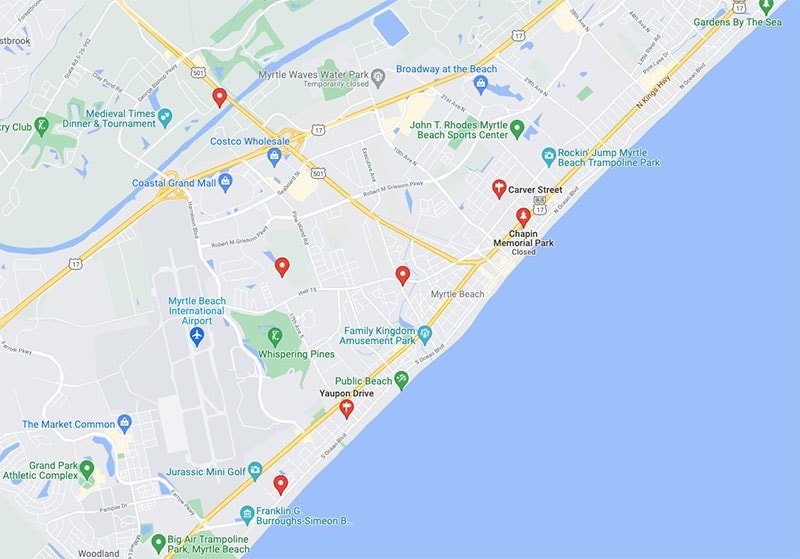 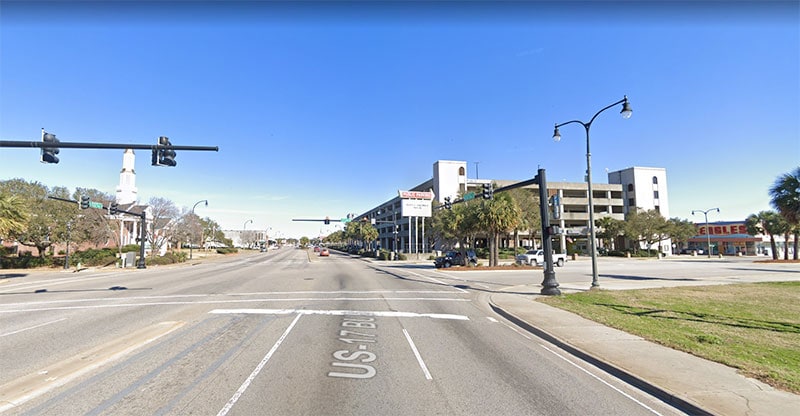 Downtown Myrtle Beach is generally a safe area to visit during the day time. At night the situation is a bit different as there is not a lot going on, there is not many people around and is desolate. Many residents advise not wandering around the area at night and stay in more well populated areas.

Is the Myrtle Beach Boardwalk Safe? 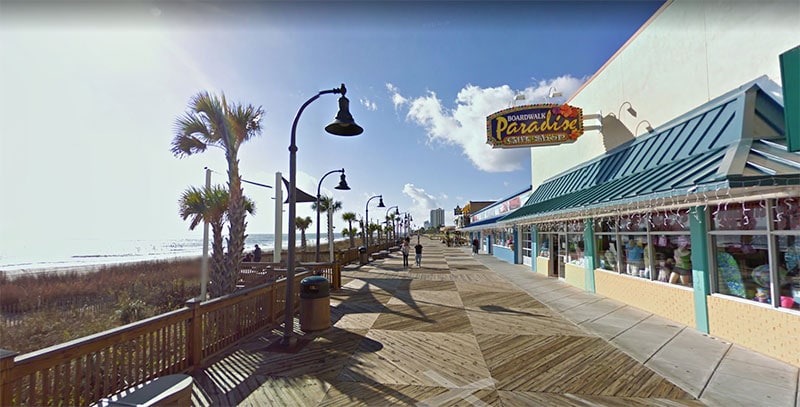 The Myrtle Beach Boardwalk is generally a safe area. There is a large police presence and there are plenty of people around.

At night there is less people around, especially on the weekdays, but the area is very well lit and vagrants don’t take over the boardwalk like its west coast counterpart, Venice Beach.

Myrtle Beach has been directly affected by a hurricanes or tropical storms every 1.94 years.

The last major storm to hit Myrtle Beach was tropical storm Elsa in 2021.

Is it safe to visit Myrtle Beach during hurricane season?

Is Myrtle Beach safe from Tornadoes?

Myrtle Beach is not completely safe from tornadoes and is susceptible to them.

In 2001, two F2 strength tornadoes touch down on the city with winds as high as 150 mph. The tornadoes injured 39 people and caused $8.8 million in damage.

Is the public transportation in Myrtle Beach safe?

The public transportation system in Myrtle Beach is handled by Coast RTA (Waccamaw Regional Transportation Authority) and it offers 3 fixed bus routes that interweave throughout the city.

What do residents of Myrtle Beach say about it’s safety?

Is Myrtle Beach safe for women?

While there are no guarantees, Myrtle Beach is generally safe for female solo travelers as long as you learn the layout of the city, avoid problem areas, stay in well lit/well populated areas and avoid walking by yourself at night.

Is Myrtle Beach safe at night?

Myrtle Beach is safe at night as long as you stay away from the sketchy neighborhoods mentioned above. You should be able to mitigate your chances of being a victim if you study the layout of the city and avoid areas where crime is high.

While the tap water in Myrtle Beach meets the EPA health guidelines, it can still contain contaminants present in trace amounts that could potentially cause health issues over the long-run.

If you have any concerns about the tap water in Myrtle Beach, we suggest that you use bottle water for your drinking needs.

Things To Do In Myrtle Beach According To Locals 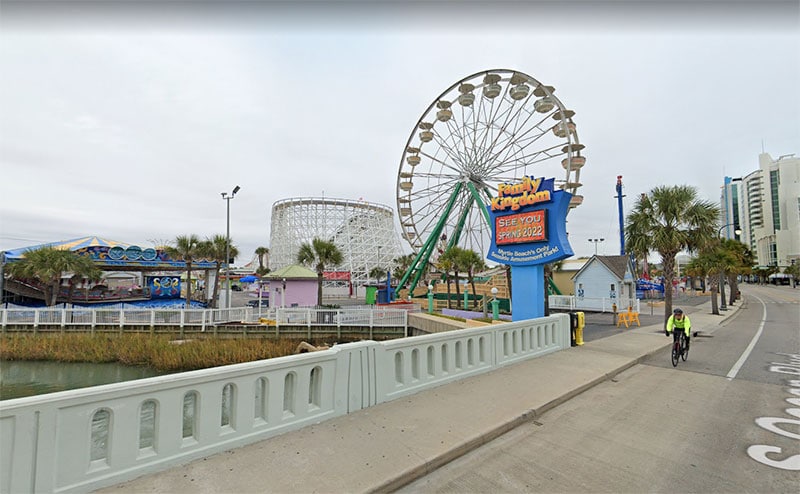