Here’s a map showing you how murders have trended in Jackson, Mississippi over a 31 year period: 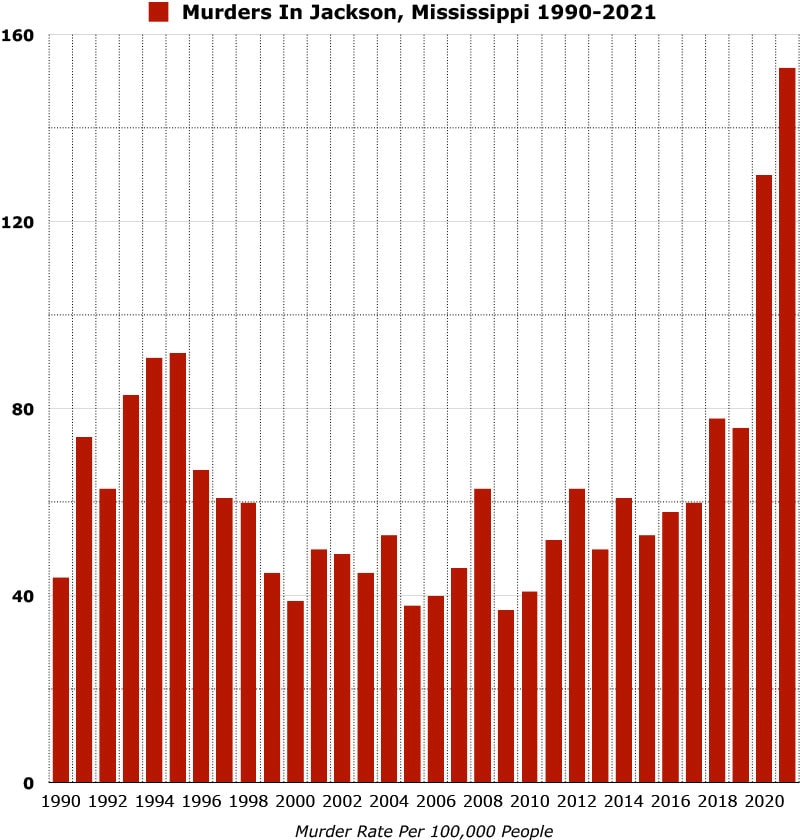 Why isn’t Chicago the murder capital? It has the most murders of all the cities.

Although Chicago reported the most number of murders in 2021, its per capita murder rate is significantly less than Jackson’s.

What is per capita and why is it useful when comparing cities?

In statistical analysis, per capita is a statistic that helps you compare values among groups of different sizes.

Jackson has a murder rate that is 3.3 times more than Chicago. If Chicago were to have the same murder rate as Jackson, it would need to report 2,733 murders!

The murder capital of the United States in 1990 was Washington D.C.

Murder rate of the United States 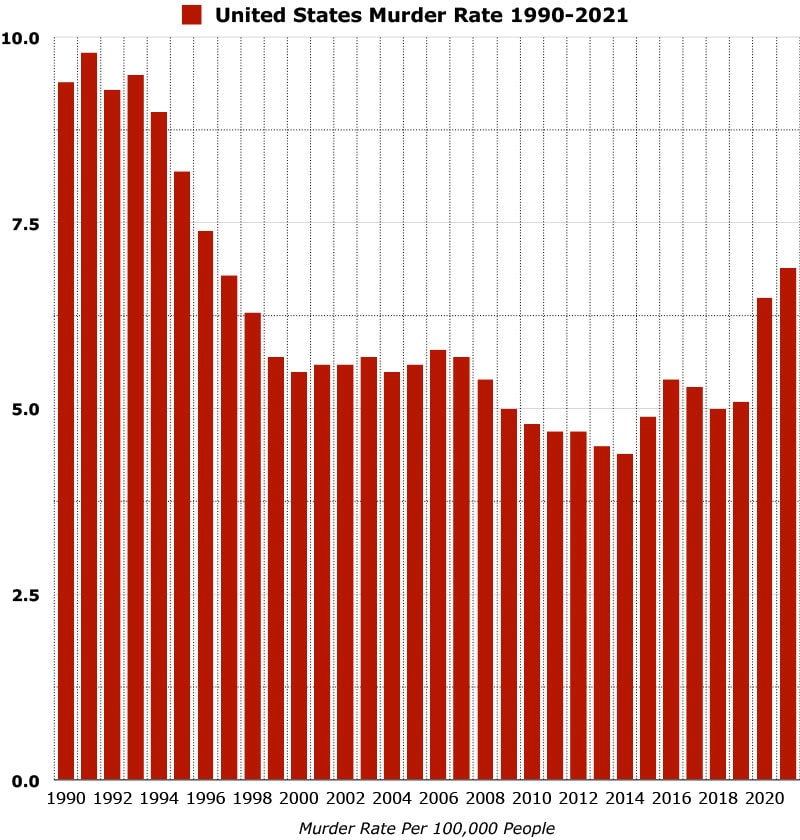 To determine the murder capital of the United States, we compiled and computed the murder rate of 27 cities and then sorted the cities by murder rate.

We sourced population data from the Census and murder totals from various local news outlets.

We usually source crime statistics from the FBI UCR, however 2021 statistics is not yet available.

Murder rate is calculated by dividing the number of reported murders by the total population; the result is multiplied by 100,000.

Here is a table showing you the data that we drew our conclusions from: