If you are thinking about visiting Camden and have some qualms about the safety of the city, we got you covered.

We are going to deep dive into the statistics, look at some maps, graphs and talk to the residents of the city to give you a better understanding of how safe Camden really is.

What happened to Camden? 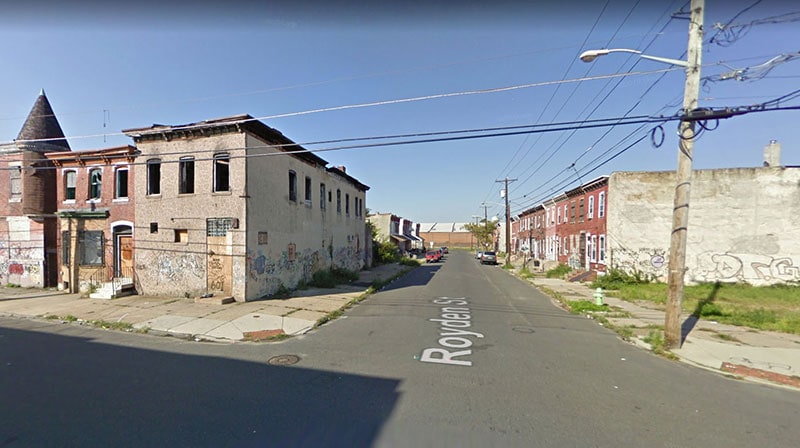 By the 1950s, Camden was a bustling city, which 120,00 residents called home. Shops and businesses lined the streets. Schools were filled with happy children. Crime was low.

The city became a hub for manufacturing with companies like RCA, Campbell Soup and New York Shipbuilding employing many of the residents.

Everyone who could leave did. That left you with the people who couldn’t – largely poor and uneducated.

Today, it’s one of the major urban-blight towns of the Rust Belt. The job sector has never recovered and any attempts to revitalize the city have failed.

There are only 71,791 people left in Camden and it is estimated that nearly 15% of all houses in Camden are unoccupied or abandoned.

The median household income is $27,015, the median value of a home is $84,100 and the poverty rate is more than 3 times the national average.

By every metric, Camden is a failed city.

Here’s a scale to give you some perspective on Camden’s violent crime rate:

Here’s a map showing you how violent crime has trended in Camden over a 30 year period. 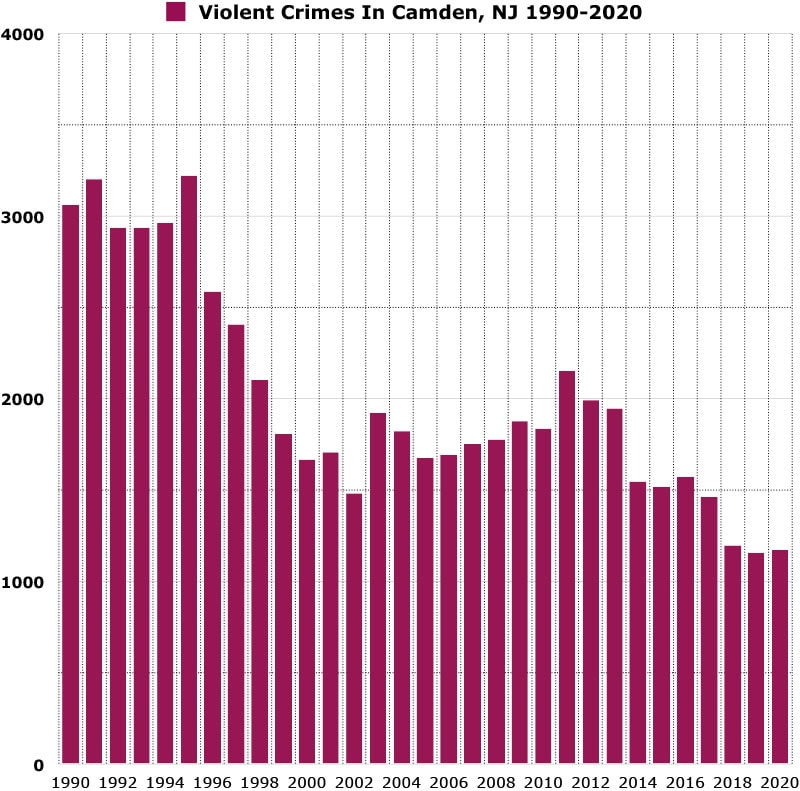 Here’s a map showing you how homicides has trended in Camden over a 30 year period. 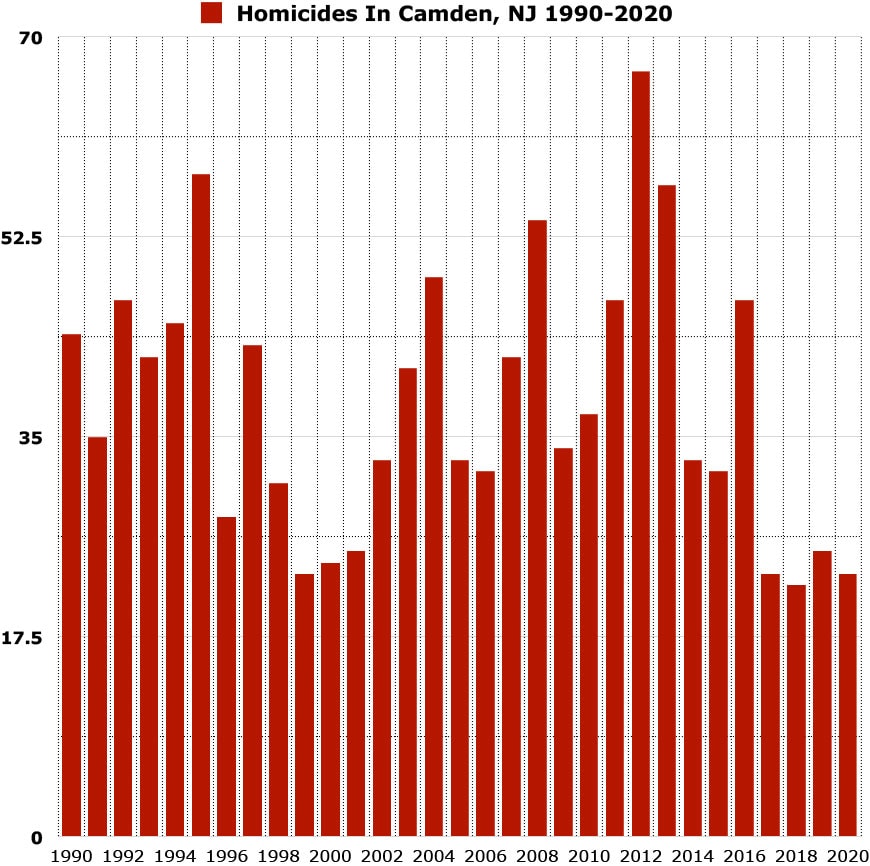 Here’s a map showing you how property crime has trended in Camden over a 30 year period. 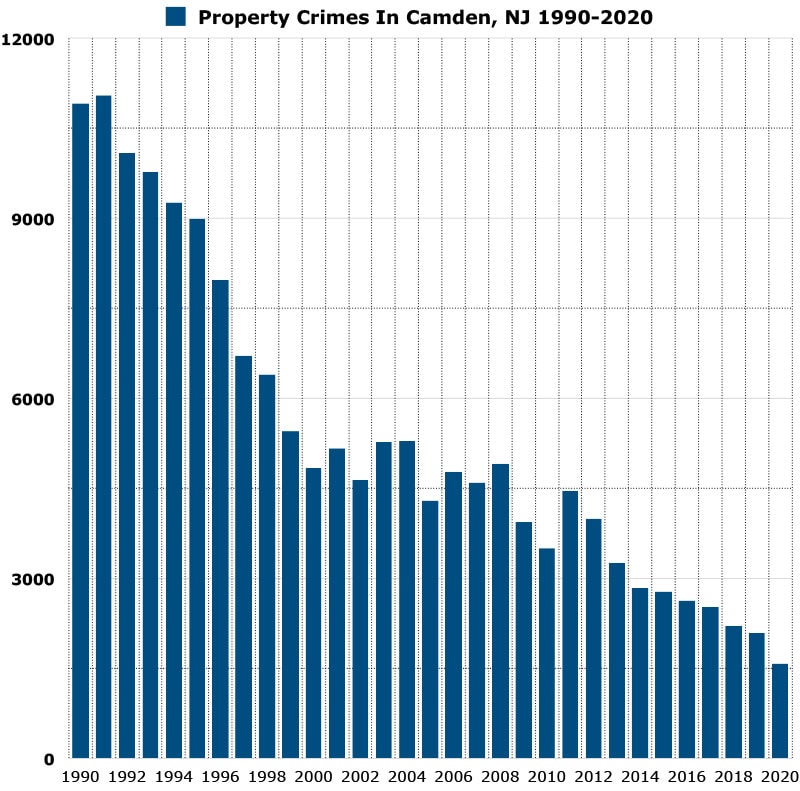 Camden vs Other Cities In New Jersey 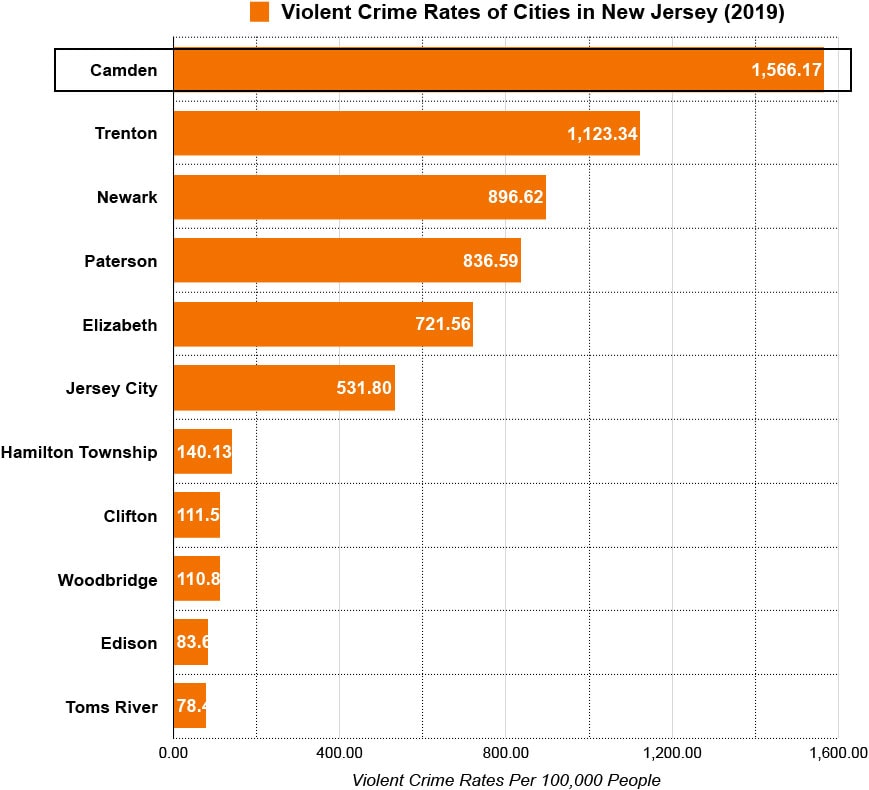 Camden, New Jersey vs The Most Dangerous Cities in the United States 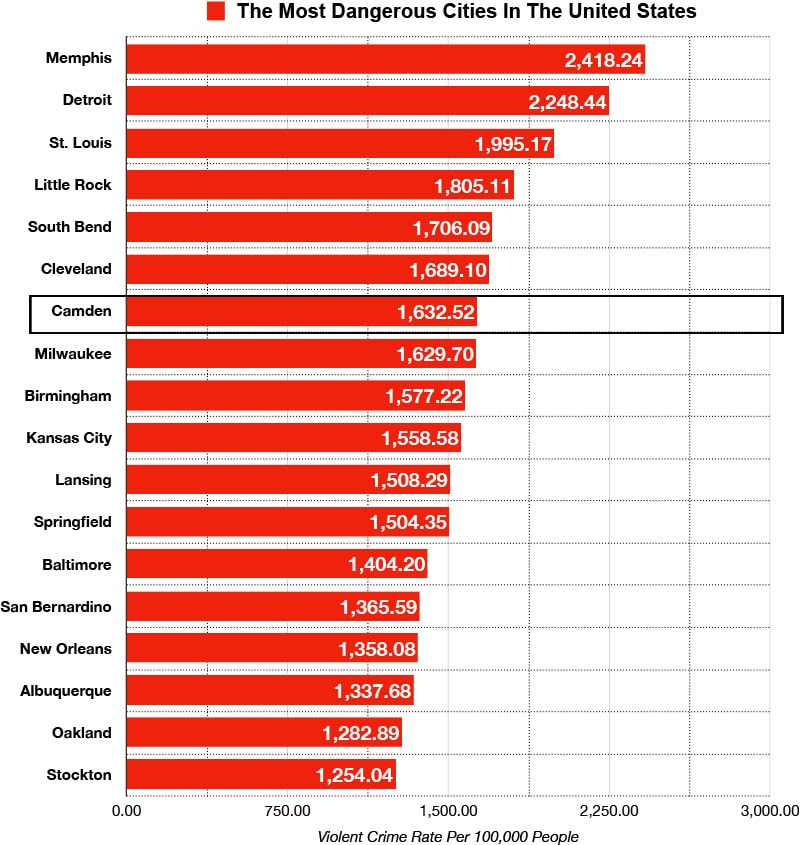 Residents of Camden mention that the area around Rutgers is probably the best area in the city. However, best does not mean safe. ‘Best’ is relative to the rest of the city.

Downtown Camden is generally a safe area to visit during the day time. However, downtown is not a place you want to be around at night. There is not many people around and there is very little going on, unless there is an event at the BB&T Pavilion. At night, downtown is dangerous.

Is the public transportation in Camden safe?

If you have to take public transportation, please only do so during commuting hours (7 am -5 pm).

What do residents of Camden say about it’s safety?

Is Camden safe at night?

There’s no skirting around it. Camden is not a safe place to visit. The city is in a state of disrepair, abandoned building and houses line the streets and the violent crime rate is one of the highest in the nation. Even many residents agree that Camden is rough.

Camden is not a city that you can throw caution to the wind. It is a city that needs your situational awareness at all times. If you plan on visiting, visit during the daytime. We DO NOT recommend that you visit Camden at night.