If you are thinking about visiting Jersey City and have some qualms about the safety of the city, we got you covered.

We are going to deep dive into the statistics, look at some maps, graphs and talk to the residents of the city to give you a better understanding of how safe Jersey City really is.

Here’s a scale to give you some perspective on Jersey City’s violent crime rate:

Here’s a map showing you how violent crime has trended in Jersey City over a 30 year period. 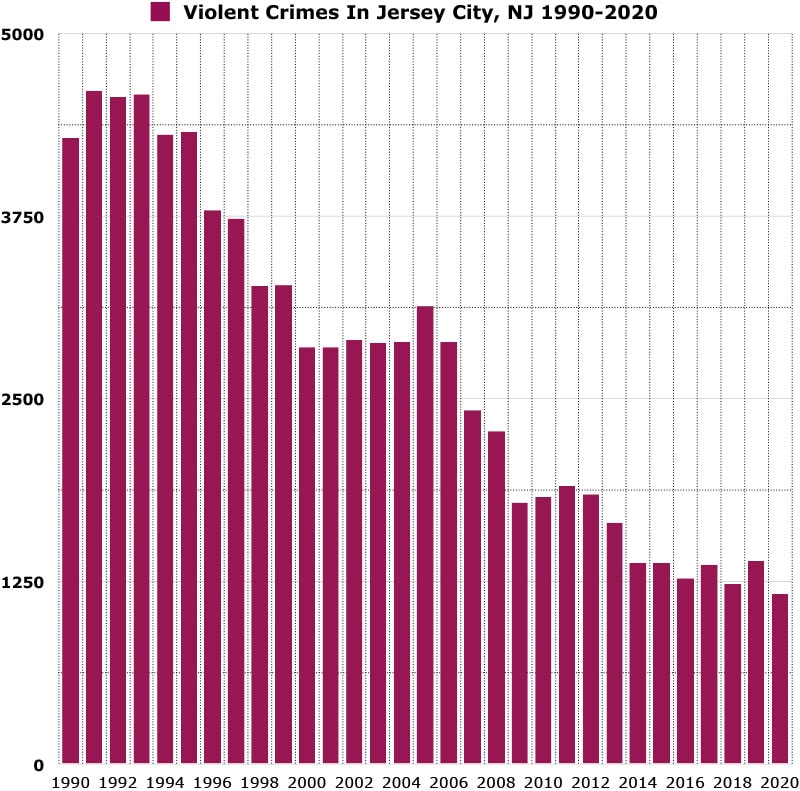 Here’s a map showing you how homicides has trended in Jersey City over a 30 year period. 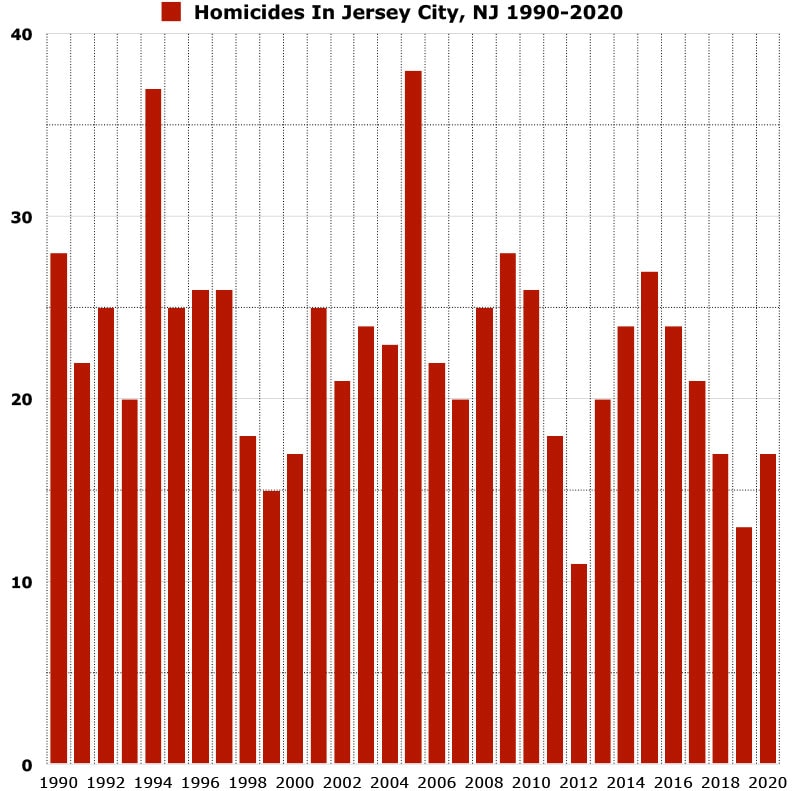 Here’s a map showing you how property crime has trended in Jersey City over a 30 year period. 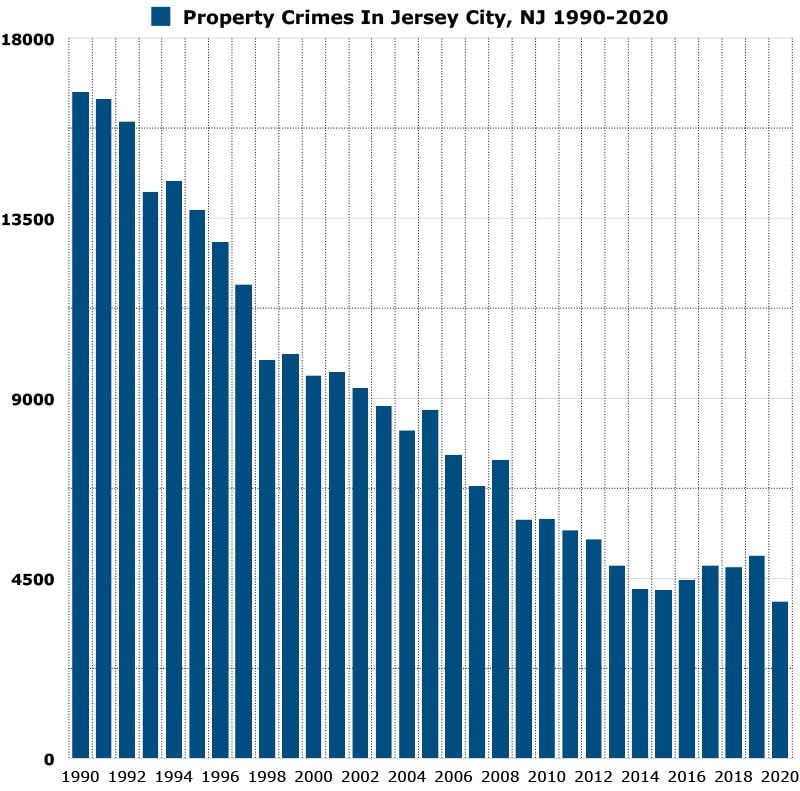 Jersey City vs Other Cities In New Jersey 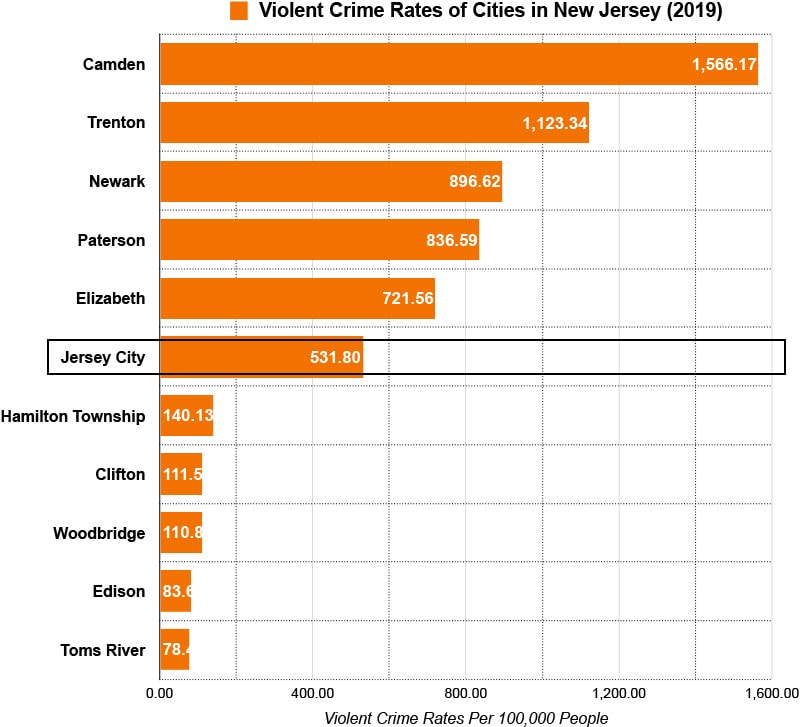 Jersey City, New Jersey vs The Most Dangerous Cities in the United States 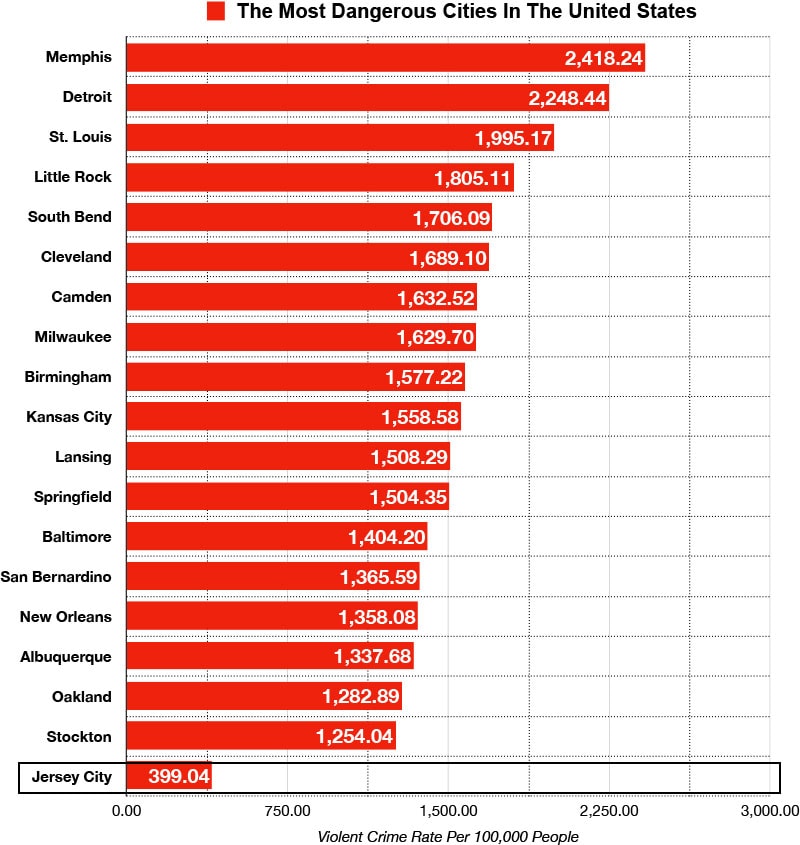 Areas to avoid in Jersey City

Here’s a map showing you where crime is most prevalent in Jersey City. 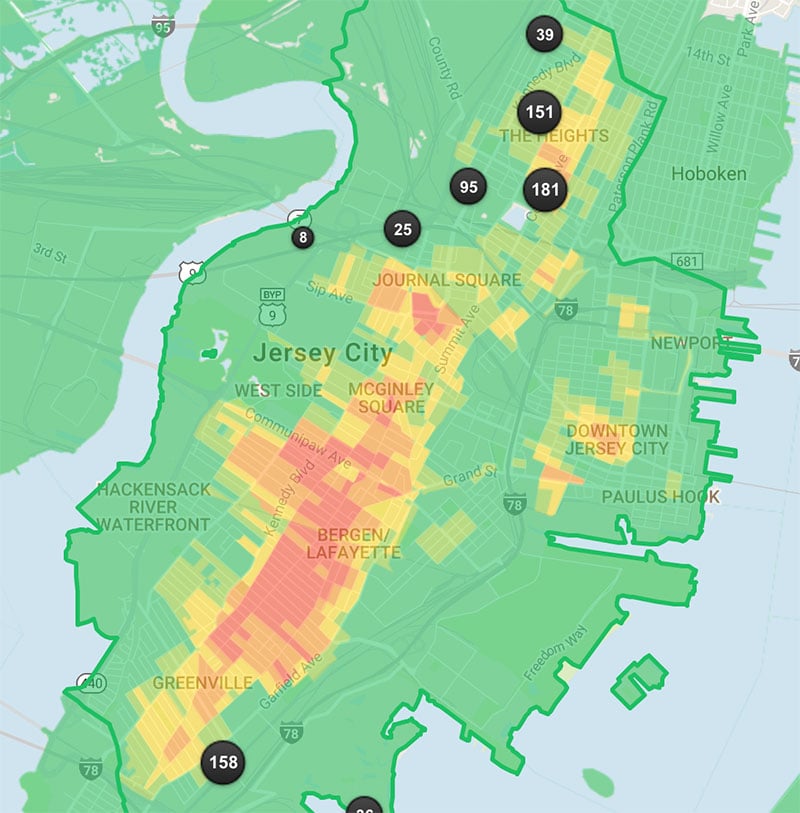 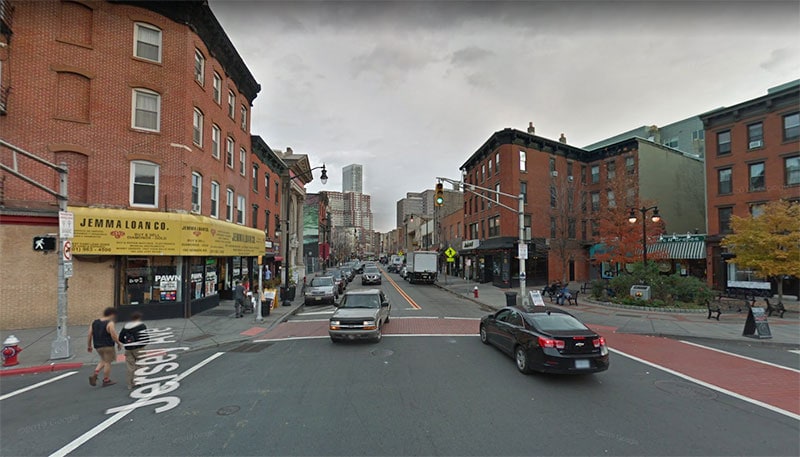 Downtown Jersey City is generally a safe area to visit day and night. Its one of the safest parts of the city and has a good police presence.

Is the public transportation in Jersey City safe?

The public transportation system in Jersey City is handled by PATH and it offers many routes that interweave throughout the entire city and into Manhattan. However, we do not recommend that you take PATH late at night. There’s a lot less people around and it can get sketchy down there. Get a taxi or an Lyft instead.

Download the PATH app to know the exact times of the trains.

What do residents of Jersey City say about it’s safety?

Is Jersey City safe at night?

Jersey City is safe at night. You can mitigate your chances of being a victim of crime if you avoid the sketchy neighborhoods mentioned above and follow the safety tips below.