Just north of The Valley is … well, still a valley. Antelope Valley lies in the Mojave Desert, just north of the famed L.A. Valley.

In the very beginning of its settlement, this area was called Sand Creek. It had been home to westerners who wanted to live off the beaten path until the Southern Pacific Railroad built a line connecting L.A. to San Francisco, providing easy access to the two cities and changing Sand Creek into a large enough town by 1885 to have its own post office.

In the early days of its townhood, Baylesville or Bayles Station became a more popular name in honor of the postmaster.

However, the town finally settled on calling itself Rosamond, after one of the railroad’s official’s daughter.

Originally a goldrush town, Rosamond became a place for permanent residents to farm and ranch. The Second World War brought airfields to the area and a miliary base was established.

Today, Rosamond is an unincorporated community, meaning that it doesn’t have its own local government but is part of greater Los Angeles.

Where is Rosamond, CA?

Technically part of the big city, Rosamond is home to less than 20,000 residents. There is no public transportation that gets you into the city (unless you count a local bus to Lancaster where you transfer to a train, the total travel time for both being four hours long …), so Rosamond isn’t actually that close to L.A.

In fact, driving there would take you an hour and forty-five minutes, mostly thanks to the traffic you’d hit going through Santa Clarita.

It would take the same amount of time to get to San Bernadino. Further afield, Santa Barbara is two hours away and San Francisco is five and a half hours.

Here are 11 great things to do in Rosamond, California: 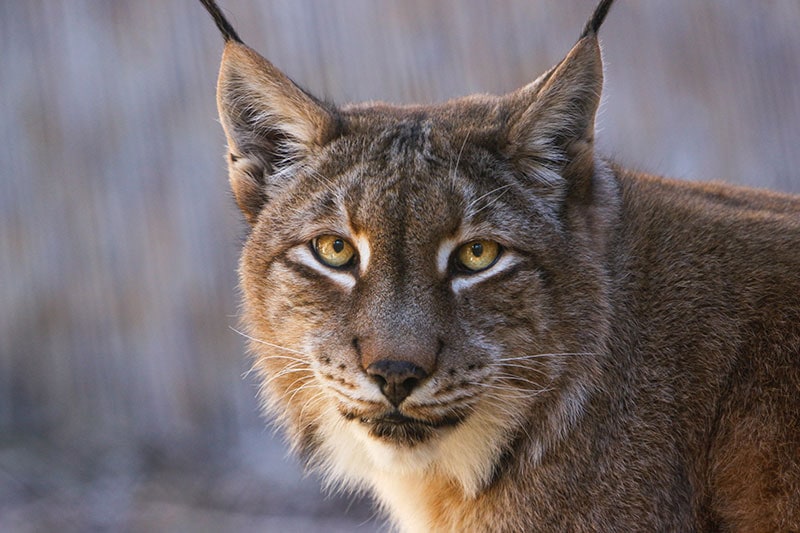 The Cat House is a feline conservation center in the middle of Rosamond that is dedicated to the preservation of endangered felines.

It’s a place of conservation, research, education, and breeding. We’re not just talking about your average house cat here, either. They are home to leopards, cougars, jaguars, ocelots, and many more you may not have heard of!

Part of the Zoological Association of America, The Cat House is a nonprofit center that relies on fundraising to keep its cats healthy and happy.

The center is open five days a week, but you can also organize a private tour. 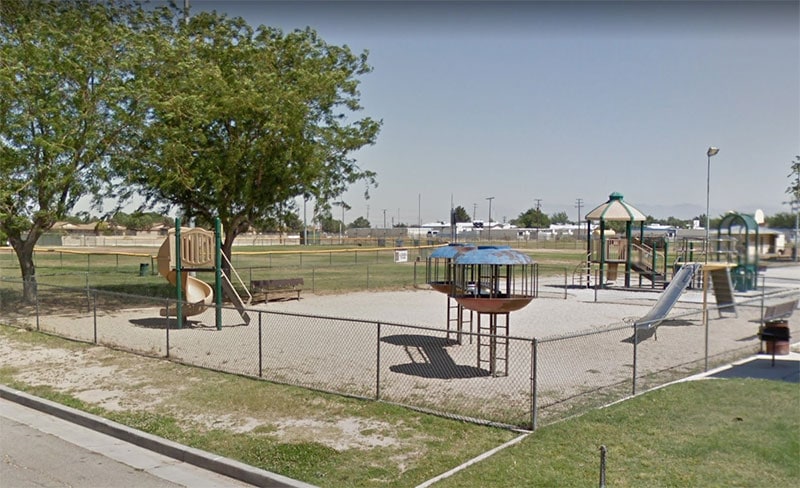 Rosamond Park is right next to the elementary school. It is the home of the town’s baseball little league.

The park has two baseball diamonds used for teams from elementary age up through high school. You don’t have to be a sportman to enjoy the park, though, as there’s plenty of grass space for picnicking and less-organized sports.

There’s also a playground for little kids. Rosamond Park is a convenient place to walk to in the neighborhood, but also offers plenty of parking.

If you have a free afternoon, head to the park to relax or watch a ball game. 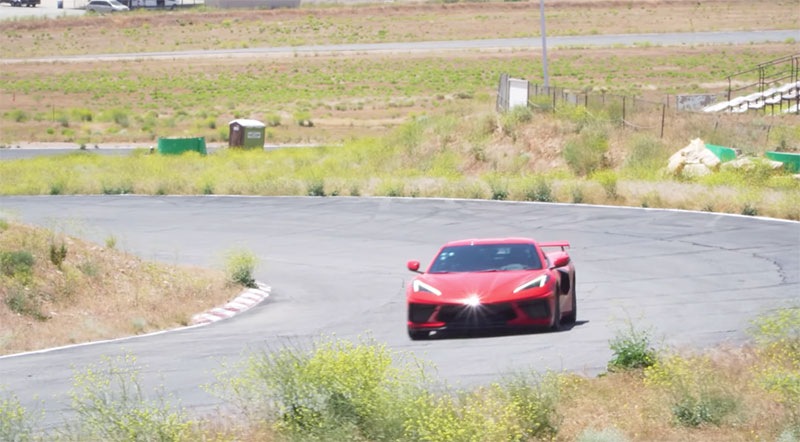 It’s one of the fastest and safest racecourses in the world. General admission includes free parking and you’ll be able to watch any of the races they have on that day.

If glimpses of the track look familiar to you, it’s because Willow Springs is often used as a filming location for car chase scenes. Satisfy your need for speed at this traditional track. 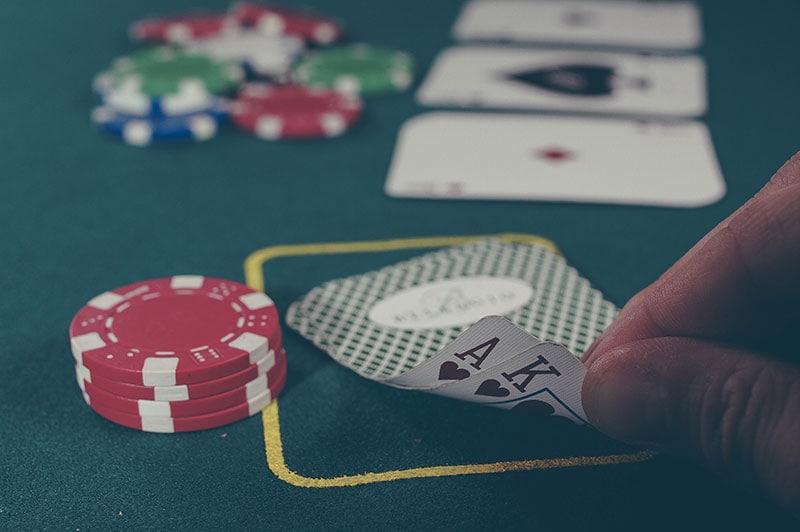 Want to test your luck? Diamond Jim’s Casino is actually not technically a casino but a card room.

They severe a large range of dishes from breakfast to dinner to dessert and have seasonal cocktails, too. 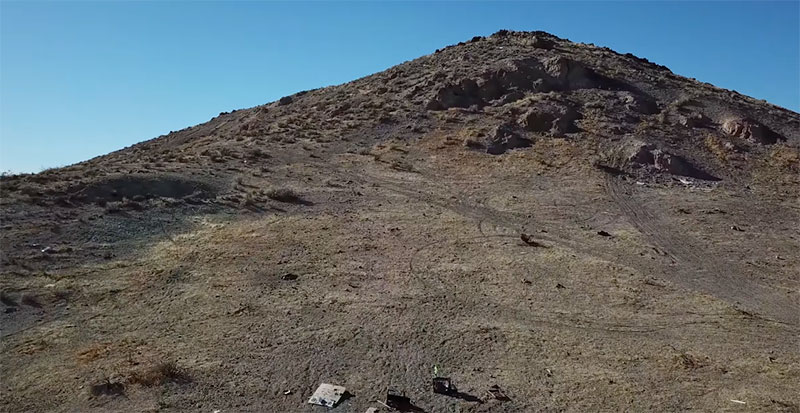 Rattlesnake Canyon isn’t a place you go to – there’s no parking lot, no building. It’s not an official shooting range. It is, however, a commonly used place to go test your aim.

The Canyon is a popular place for locals to take their guns and practice their shot.

You’ll have to bring your own targets for practice, as it really is just the wilderness, and please do clean up after yourself.

As it’s in the desert, the space is wide open and you have pretty good views, but do be wary as it’s also a popular place for ATV riders. 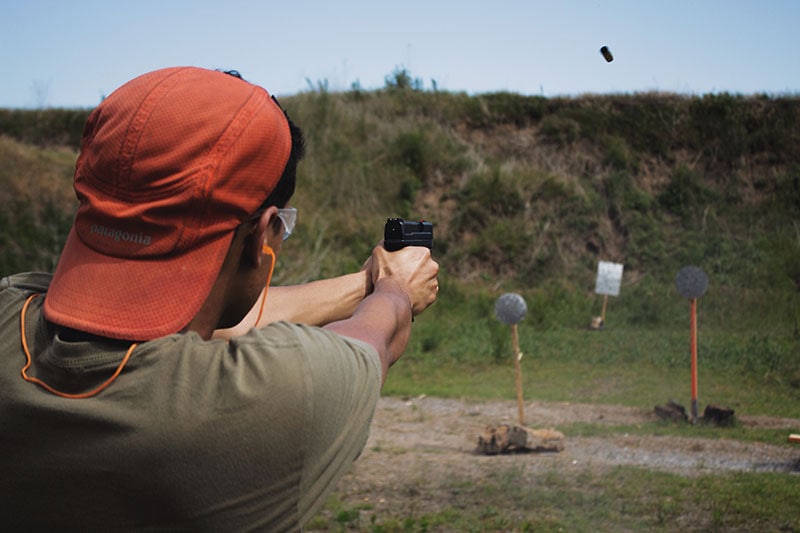 For anyone who prefers to practice in a safe environment with professionals, Armed Response Marksman is a firearms academy ideal for amateur shooters.

The academy is great because it focuses on teaching people who want to know more about guns and how to use them. They have lessons that cover pistols, rifles, and safety.

Many of their courses are tailored to suit NRA, ARM, or CCW requirements.

You can learn everything you need to know and get the right certifications in a safe, controlled environment before taking your firearm down to Rattlesnake Canyon. 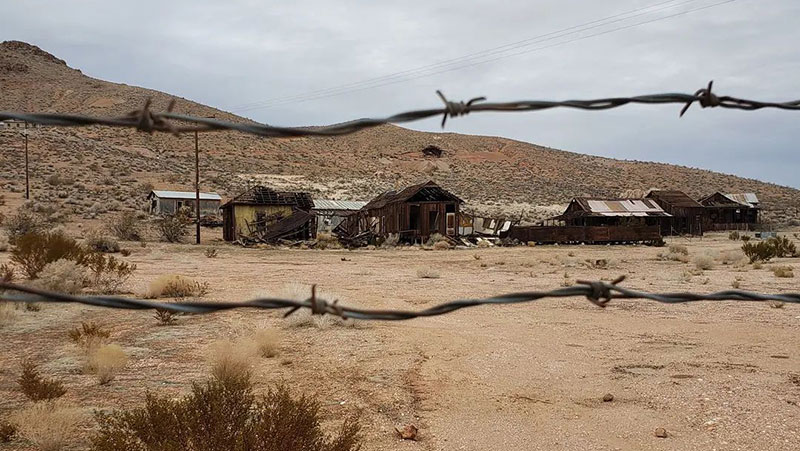 If you’re interested in the past, the abandoned Tropico Gold Camp is rich with history – pun intended.

It opened in the 1890s and was thriving and in operation all the way up until the 1950s when the mine shut down and was turned into a touristic ghost town.

This attraction eventually shut down in the ‘80s, since which time it has been a literal ghost town.

The land is now privately held, so you’re not actually allowed to get that close to the property, but it can still be seen from Tropico Road. 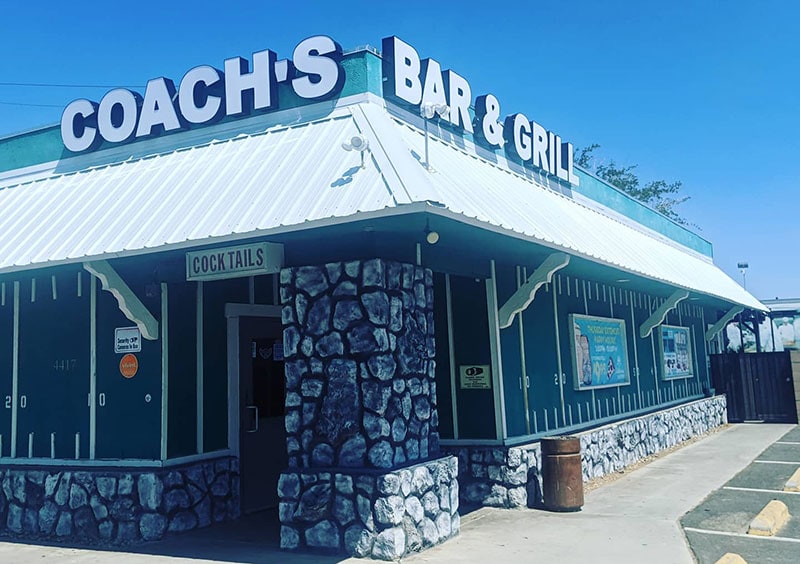 Every town needs a beer and wings joint and Coach’s Sports Bar & Grill is the perfect place for that.

Casual eating means you can order a beer and chow down on bar food classics.

They serve the usual salads, sandwiches, burgers, and pizza and have an extensive wing menu that offers traditional or boneless wings in 14 sauces.

If you want to try something out of the ordinary, order their fried green beans! As you can guess from the name, Coach’s is a sports bar, so you can rely on them having all of the games on. 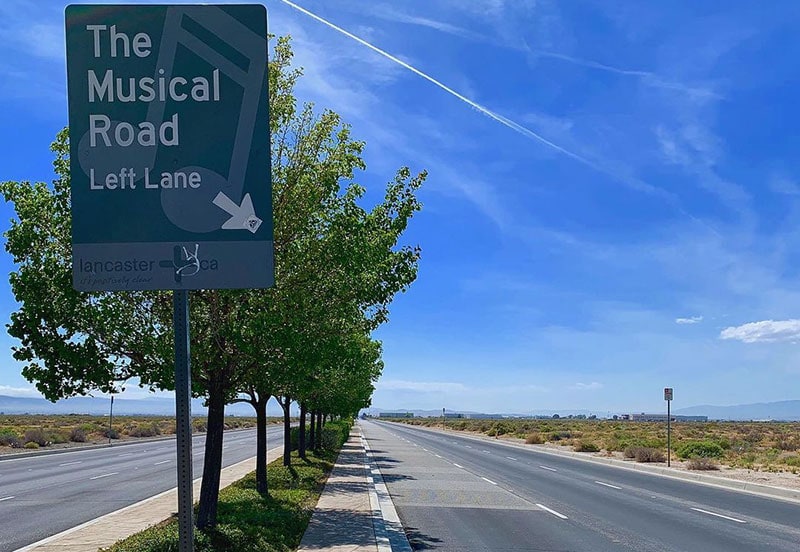 This attraction isn’t an all day event. In fact, you can get it done within seconds.

Drive down Rte-14 for fifteen minutes and turn right onto Ave G. As long as you go the speed limit (55 mph), you’re in for a treat.

Grooves carved into the road at measured intervals act like braille for your car. The tires read the road and the sound of your tires hitting each lump and bump makes for operatic vibrations: driving down the road sounds like music!

The grooves are paved so that the classic William Tell Overture Finale by Rossini plays. 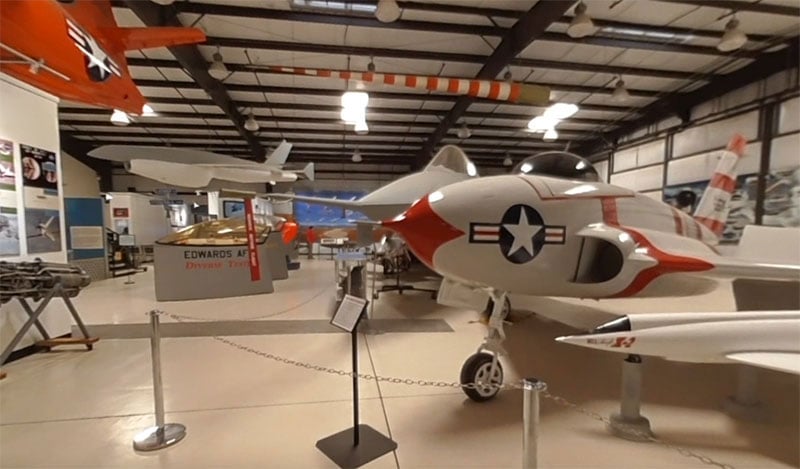 More recent history is memorialized by the Air Force Flight Test Museum in Rosamond. The Edwards Air Force Base was where man broke the sound barrier and first flew to the edge of space.

Originally a WWII air base, the area continued to launch test flights from fighter jets up through spaceships.

The museum now commemorates the advances in science and technology that were achieved in the aerospace valley. You can view over 80 historic aircraft and more.

The museum is a great hub for education where children can learn about real world applications of engineering and mathematics. 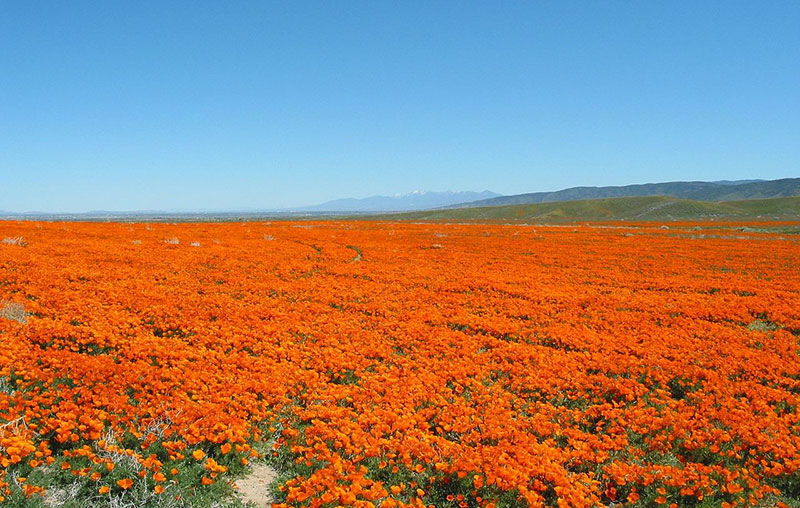 While Rosamond is in the middle of the Mojave Desert, it’s not barren. In the spring, Antelope Valley comes alive with a burst of color.

Wildflower season (February through May) coats the valley in blooms, most notably orange poppies.

There are eight miles of trail through the Poppy Reserve with four vista points and a designated picnic area.

The park itself is open year-round, so you can always go for a hike there, but the jaw-dropping scenery is best viewed in the spring.

It’s important to be wary of rattlesnakes on the trails.

L.A. is full of glitz and glamour, but if you travel a little further north you can have a real desert experience in a small town like Rosamond.

There’s lots of outdoor activities that let you catch the sun and enjoy your favorite sports or go on a relaxing walk or learn about the local history.