If you are thinking about visiting Denver and have some qualms about the safety of the city, we got you covered.

We are going to deep dive into the crime rates, crime statistics and talk to the residents of the city to give you a better understanding of how safe Denver really is.

What is Denver’s crime rate?

Here’s a table showing you the crime rate over the last 5 years.

Does Denver have a high crime rate? 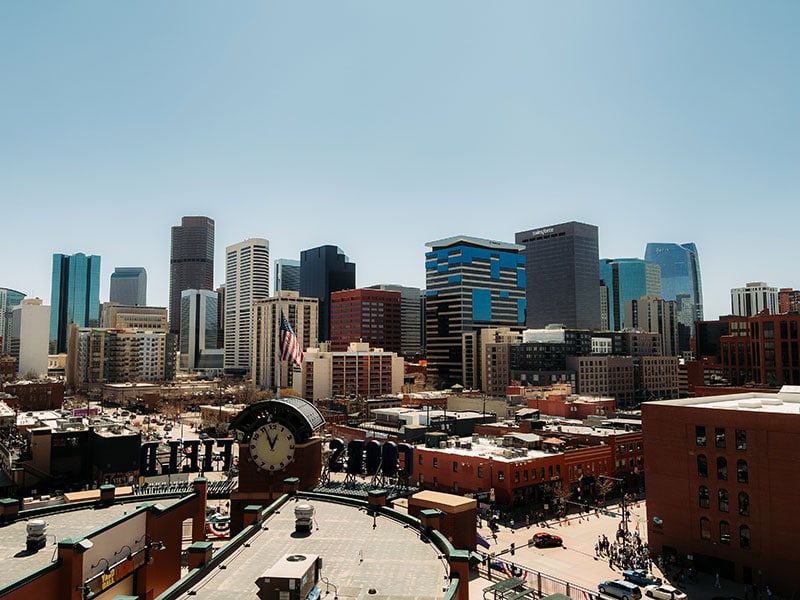 Denver has a moderately high crime rate and is similar to cities like Newark, Philadelphia and Cincinnati.

Here’s a scale to give you some perspective on Denver’s crime rate:

How are Denver’s crime rates calculated? 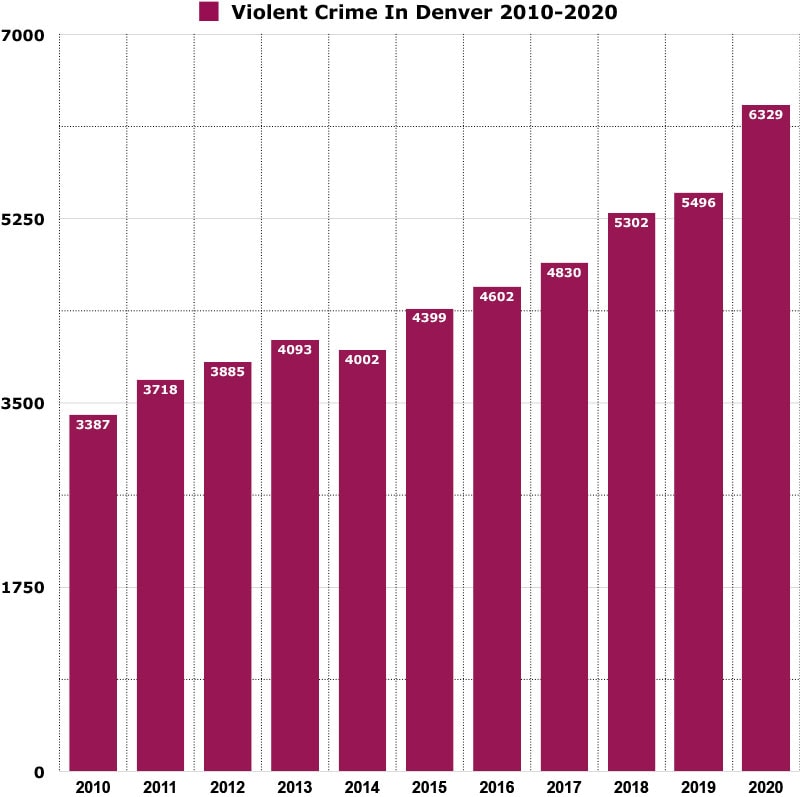 Here’s a graph showing you how murder has trended in Denver over a 11 year period. Murders has increased 246% since 2010. 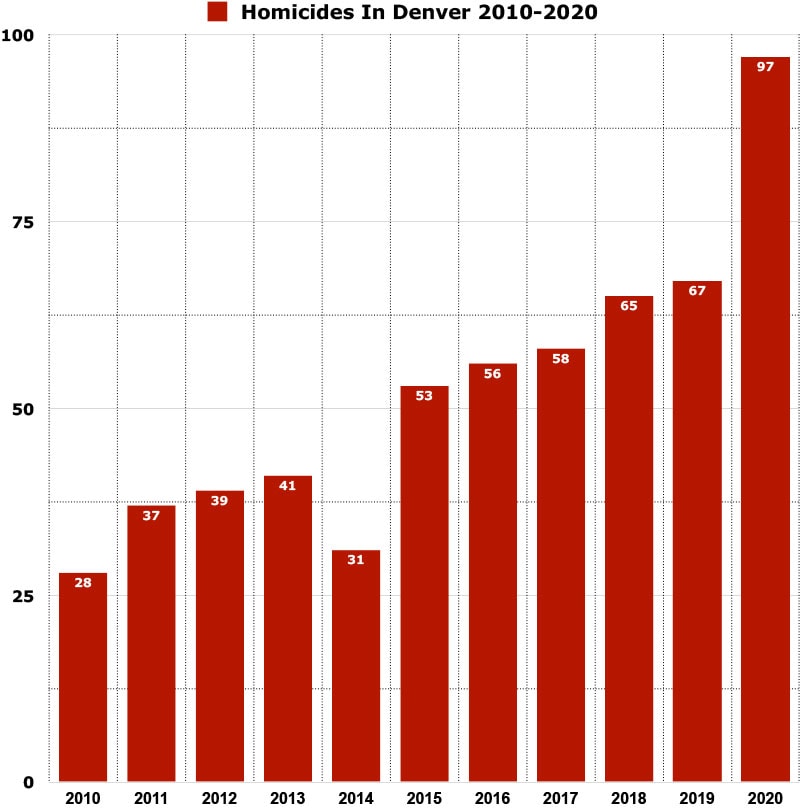 Here’s a map showing you the locations of all the murders in Denver and its surrounding areas in 2021: 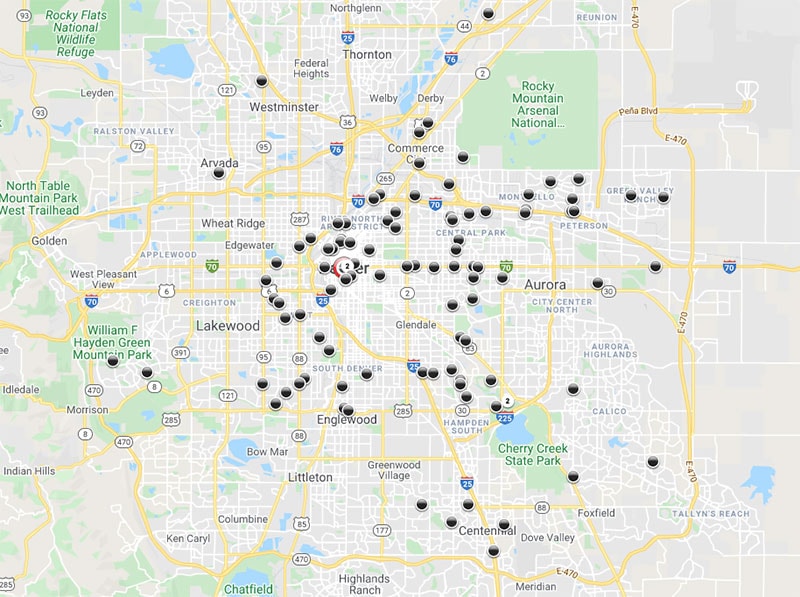 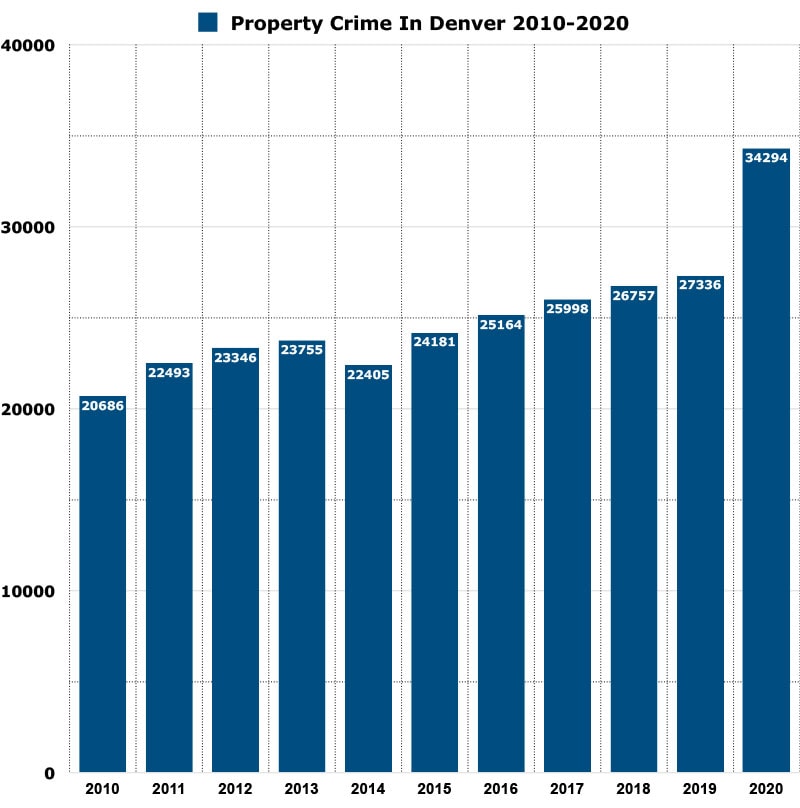 Denver’s crime rate vs other cities in Colorado (2020)

Here’s a table showing you the crime rates of the most populous cities in Colorado in 2020. Denver’s violent crime rate ranked 3rd highest among all cities. 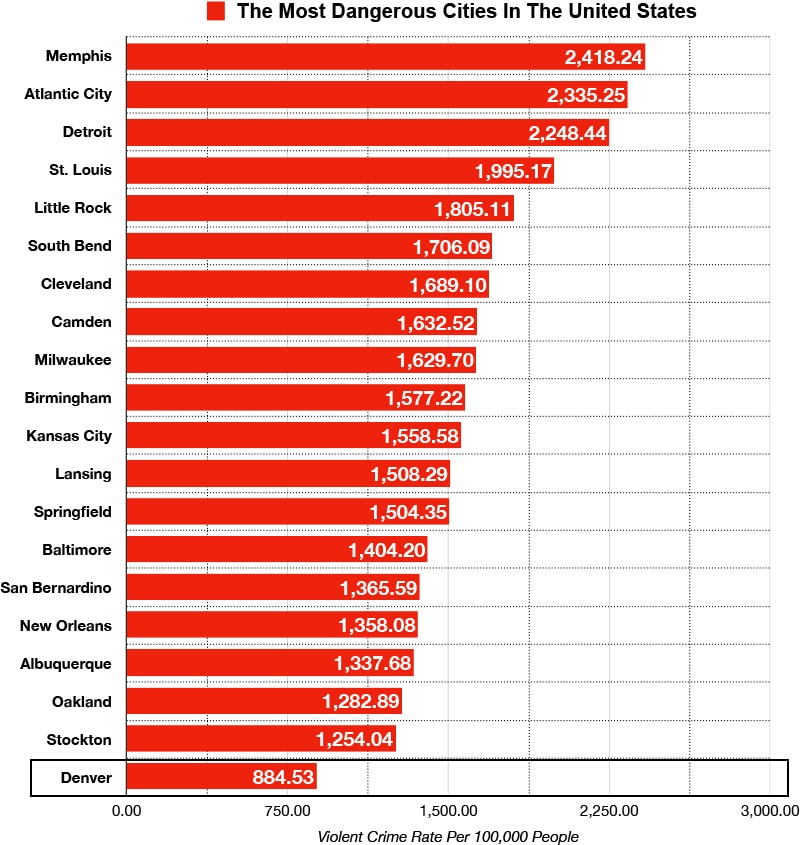 How much has crime increased in Denver?

Most dangerous neighborhoods in Denver

Here’s a maps showing you the neighborhoods where violent crime is concentrated. 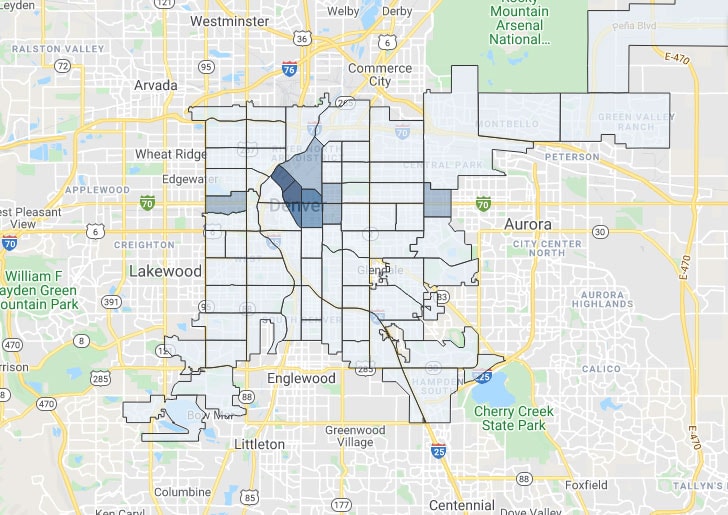 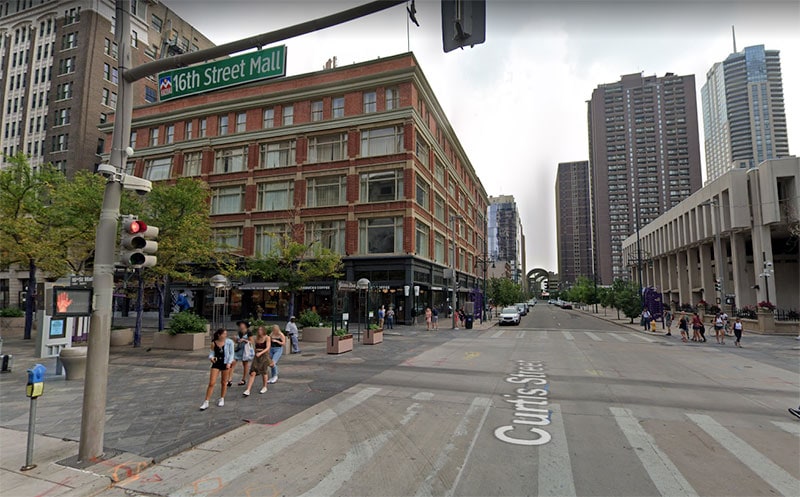 Downtown Denver is generally a safe place to visit. The Lower Downtown (LoDo) is the entertainment and business district. There is some crime concentrated here because of drunk people coming out of bars at night.

You should also be aware that Denver does have a problem with homeless people in the downtown area. There are encampments setup in various parts of downtown, but you should have not problems with them as long as you don’t engage with them.

Is the public transportation in Denver safe?

The public transportation system in Denver is handled by RTD and it offers many routes that interweave throughout the entire city and throughout Denver. The RTD is generally safe to use during the commuting hours (7am – 7pm), however we do not recommend that you use RTD late at night.

What do residents of Denver say about it’s safety?

Is Denver safe at night?

Denver is generally safe at night as long as you avoid the problem areas. Be aware that streets and squares that are perfectly safe to visit in the daytime can be questionable and sketchy at night.

Statistically speaking, Denver is a slightly unsafe city. In 2020, Denver had a violent crime rate of 884.53 per 100,000 people. Denver violent crime rate is 2.2x greater than the national average and is comparable to cities like Newark, Philadelphia and Cincinnati.