If you are thinking about visiting Colorado Springs and have some qualms about the safety of the city, we got you covered.

We are going to deep dive into the statistics, look at some maps, graphs and talk to the residents of the city to give you a better understanding of how safe Colorado Springs really is. 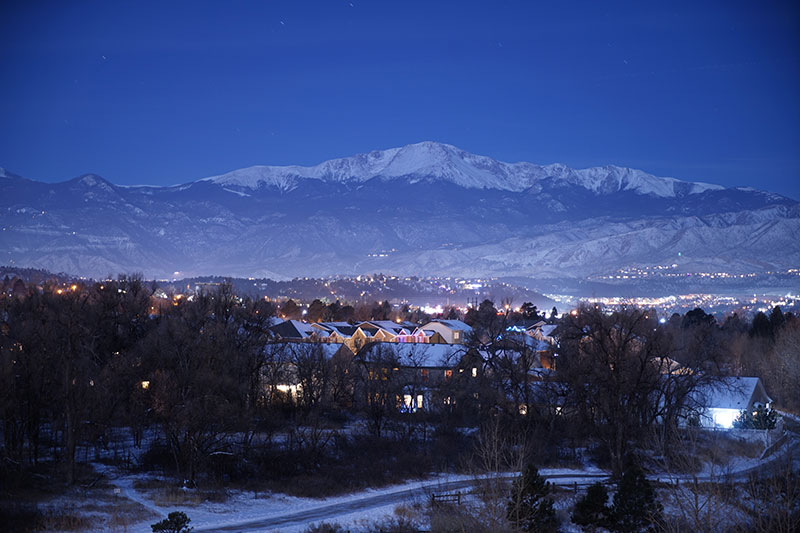 Here’s a scale to give you some perspective on Colorado Springs’s violent crime rate:

*All data is from the FBI UCR*

Colorado Springs crime rate vs other cities in Colorado (2020) 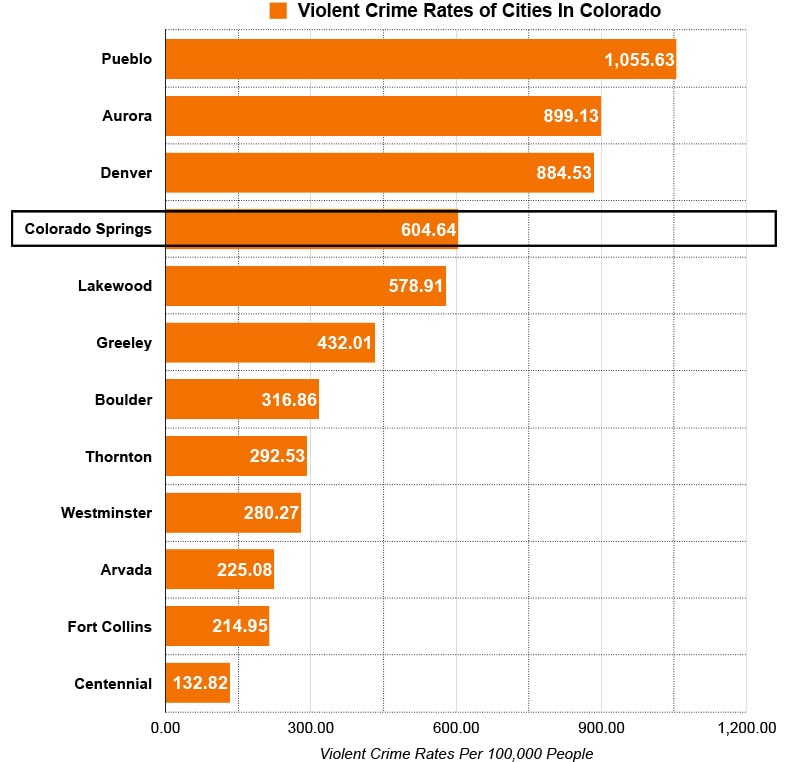 Colorado Springs, Colorado vs The Most Dangerous Cities in the United States (2020) 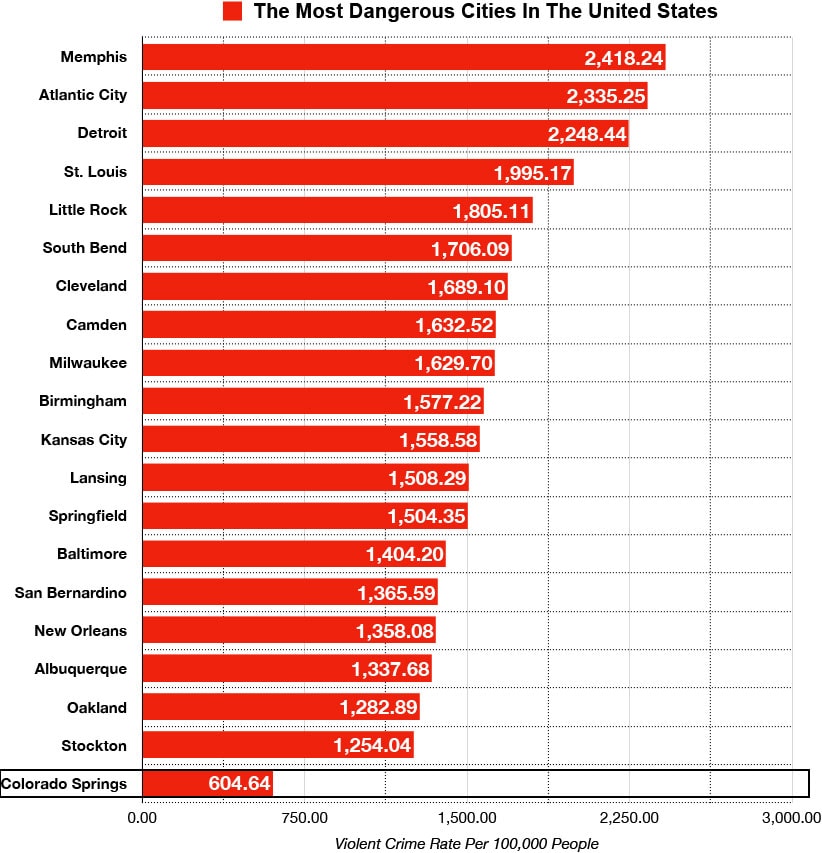 Neighborhoods with the most violent crime in Colorado Springs

Here’s a maps showing you the neighborhoods where violent crime is concentrated in 2021. 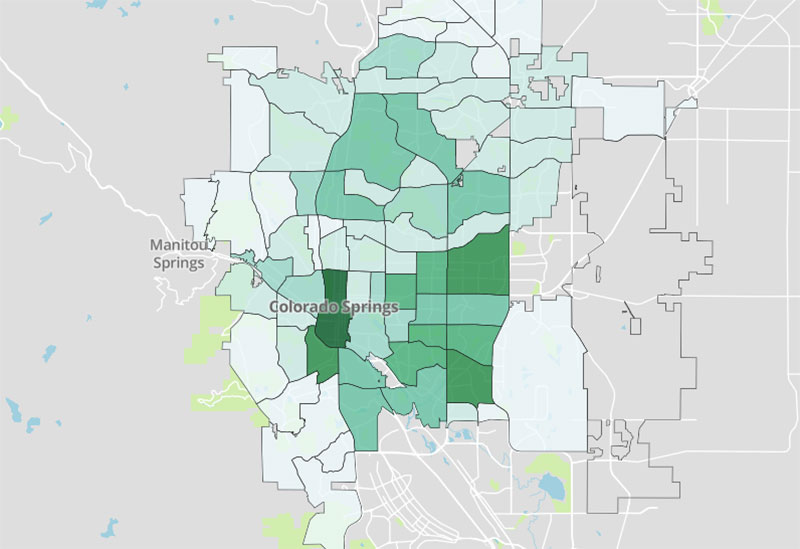 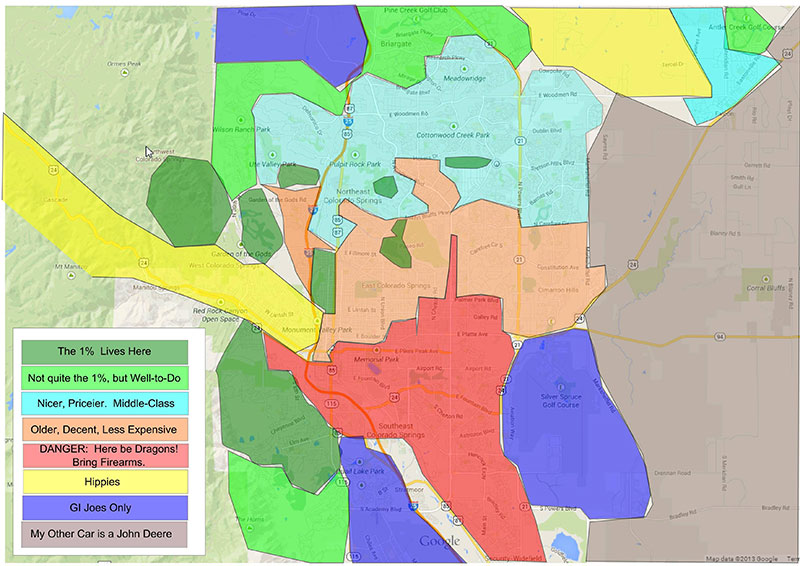 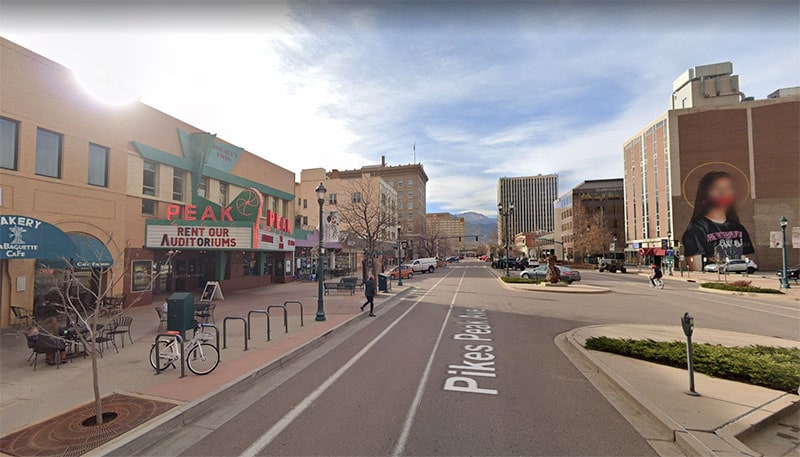 Downtown Colorado Springs is generally a safe area to visit. At night we recommend that you take some precautions in regards to staying in well populated places, not straying off the beaten path and not walking by yourself at night.

At night, avoid straying too far south, as the further south you go, the sketchier the neighborhood becomes.

Is the public transportation in Colorado Springs safe?

The public transportation system in Colorado Springs is handled by Mountain Metro and it offers many routes that interweave throughout the entire city. The Mountain Metro is generally safe to use during the commuting hours (7am – 7pm), however we do not recommend that you use metro late at night.

What do residents of Colorado Springs say about it’s safety?

Is Colorado Springs safe at night?

Colorado Springs is generally safe at night as long as you avoid the problem areas. Be aware that streets and squares that are perfectly safe to visit in the daytime can be questionable and sketchy at night.