At the turn of the century, McDonald, Pennsylvania was a well-populated town. A birds-eye view map hand-drawn in 1897 shows McDonald to be a booming place, probably thanks to the railroad station that connected the oil, coal, and other industries of the town to bigger cities.

They had had a very modern “electric light plant” in addition to their reliable mines (some of which are still in use) and even an opera house.

Today, the buildings no longer exist: they’ve been turned into residential homes. The settlement of McDonald undoubtedly began well before the 19th century and it has a been a bustling suburb for centuries.

McDonald stretches over Washington and Allegheny counties. The latter includes the entire city of Pittsburg, putting McDonald just on the doorstep of this industrial city.

In fact it’s less than a 40 minute drive into Pittsburgh and that’s only because of traffic getting into the city – it’s a mere 18 miles. After nearby Pittsburgh, the next nearest city is Akron, Ohio, up to two hours’ drive.

Western Pennsylvania may seem far away from big cities, but there’s still a lot to do in a small town like McDonald. 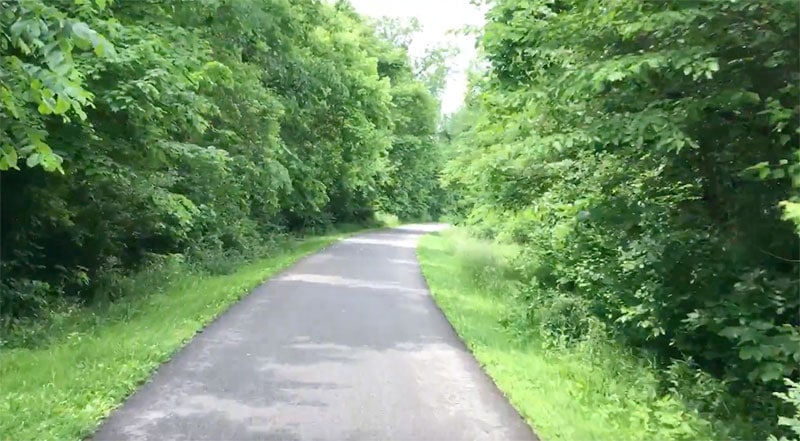 You have the option between these two trails that wind through Washington and Allegheny Counties.

The Panhandle Trail is 26 miles worth of paved pathway for walking, running, or biking along a former railroad track.

The Montour Trail technically extends a full 36 miles across the two counties. It is an unpaved trail of crushed limestone that is a favorite for hikers and bikers alike, with campgrounds to accommodate cyclists in for the long haul.

The parking lot on Noblestown Road offers access to both trails, but be warned it can get packed on busy days. 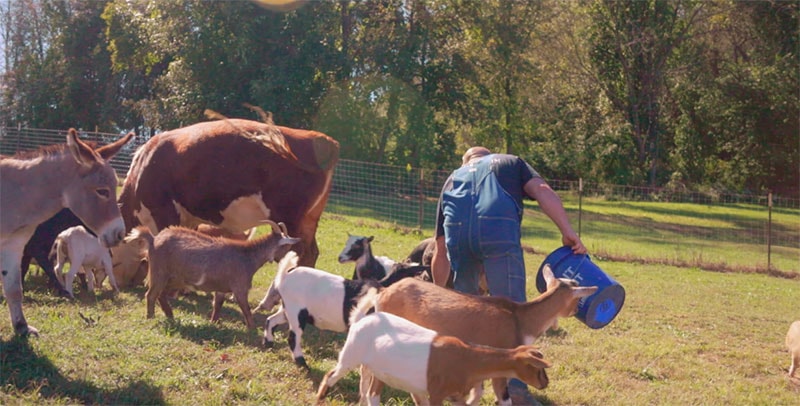 Geary Farm is a family-run establishment just north of McDonald, off Robinson Highway. They’re the perfect place to visit on a family day out all year round.

In the spring there are bonfires and the Easter bunny comes to visit for photo ops, the summer is full of festivals with live music and food trucks, you can pick pumpkins in the autumn, and of course meet Santa around Christmas time.

Along with all the events the farm hosts, you can enjoy seeing the cows, pigs, and dogs that call Geary Farm home. 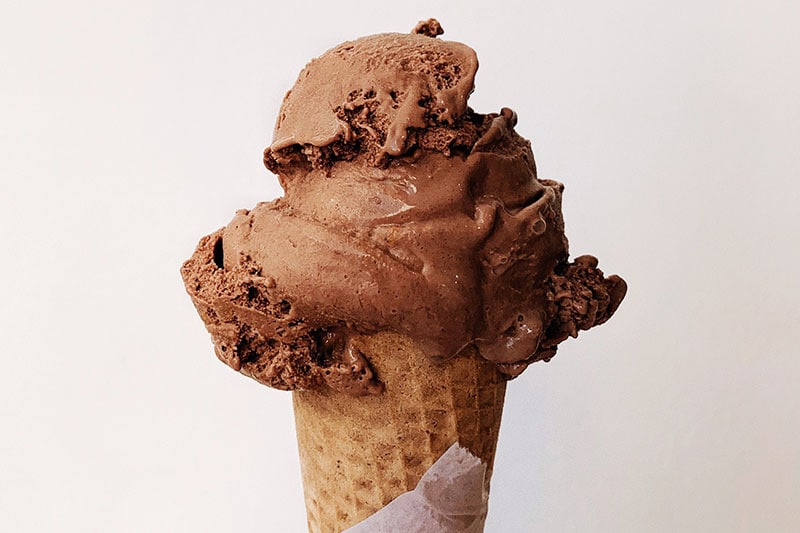 A seasonal affair, M.A.’s Ice Cream Shop on Lincoln Avenue is a must-visit small business. During the ice cream season – spring through September – they’re open every day of the week.

You can rely on them having the expected flavors like strawberry and rocky road, but they also have some unexpected ones like cinnamon churro, pumpkin, and salty caramel pretzel.

They offer soft serve and ice cream sandwiches as well. It’s the perfect place to pop into town for a sweet treat after dinner (or before, or in lieu of …) 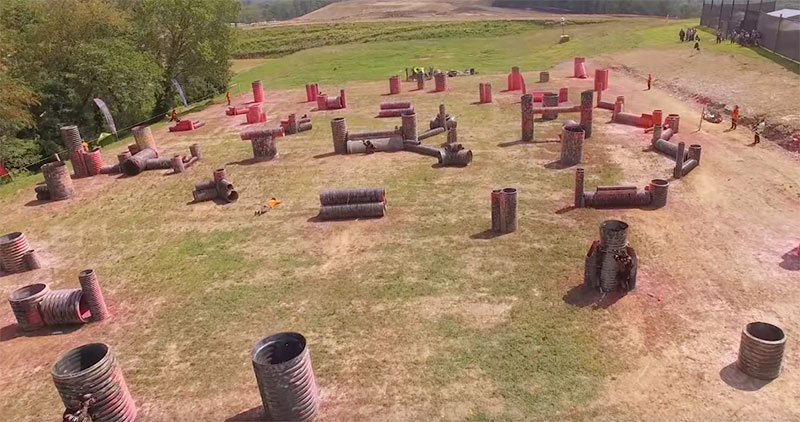 Want to blow off some steam through friendly competition? Have tactical fun at Urban Assault Paintball Games.

You can organize an assault individually, book a private group session for eight or more players, or even sign up for an annual membership.

There is also the option to play GellyBall, a gentler projectile that doesn’t stain or sting and is suitable for younger kids.

Now, Urban Assault offers more than just paintballing – they have an axe-throwing trailer and are opening an escape room with two different puzzles to solve. There’s intense sporting fun for everyone. 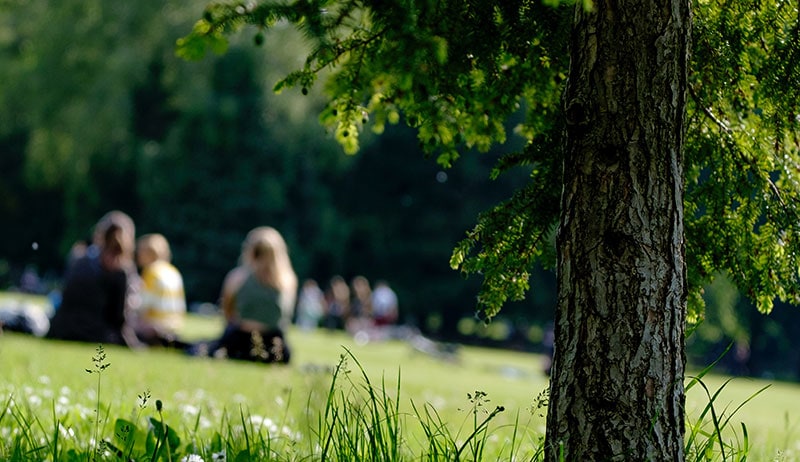 Running along the Panhandle Trail, Heritage Park is one of only two parks in McDonald.

It’s located on the west end of town and is home to McDonald’s Youth Baseball and Softball leagues. Besides catching a ball game, you can picnic on the grass in Heritage Park or rent out one of the pavilions for special events.

There’s even a playground for the little ones to wear themselves out on. Every year, Heritage Park is home to McDonald’s 4th of July fireworks display. Grab an ice cream from M.A.’s, just one block away, and enjoy the show! 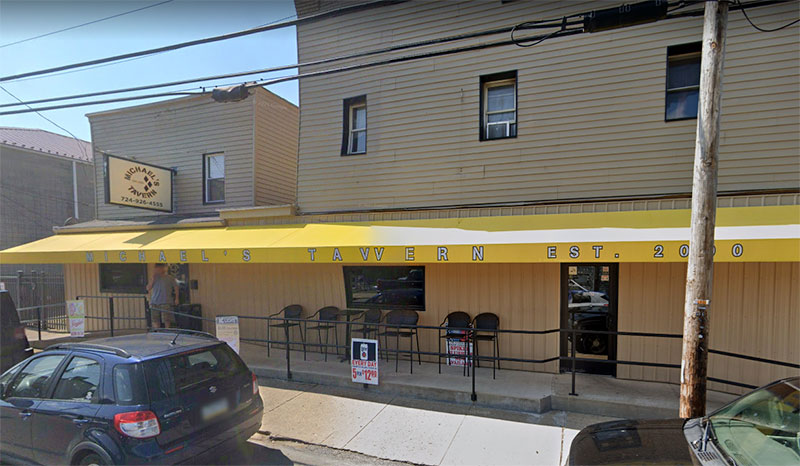 Every town needs a reliable bar and Michael’s Tavern ticks all the boxes. They have daily deals on domestic beers and a range of craft beers on draft.

You can have a cool beer while watching professional and local sports on their big projector screen or order some grub. Aside from the usual burgers and pub fare, Michael’s also offers great entrées like chicken parm.

Perhaps their biggest claim to fame are their wings. Available for eat-in or take out, people rave about their wings that come in over twenty different flavors!

You don’t have to worry about exclusive memberships as Fort Cherry Golf Club is a public course.

This scenic sporting ground just outside of McDonald features the usual 18 holes as well as a putting green, a driving range, a restaurant and bar, and even a ballroom for special events.

You can plan a grand banquet or host a wedding that would be completely catered for on-premise.

If you’re just interested a bit of tee time, though, they have packages to make a day (or two!) of it, including food and accommodation.

While it may seem like McDonald is in the middle of nowhere in Pennsylvania, they do have some big city vibes thanks to having their own craft brewery right in town.

Helicon brewing’s brewery itself is located just up the road in Oakdale, but they have a second location taproom right in the center of McDonald.

They brew everything from pale ales to lagers to stouts so there’s a flavor for everyone. You don’t have to worry about overindulging – you’re welcome to bring in food from any nearby restaurants and on the weekends they have guest foodtrucks set up.

PLUS, they have a damn fine selection of pinball machines, Twilight Zone included! 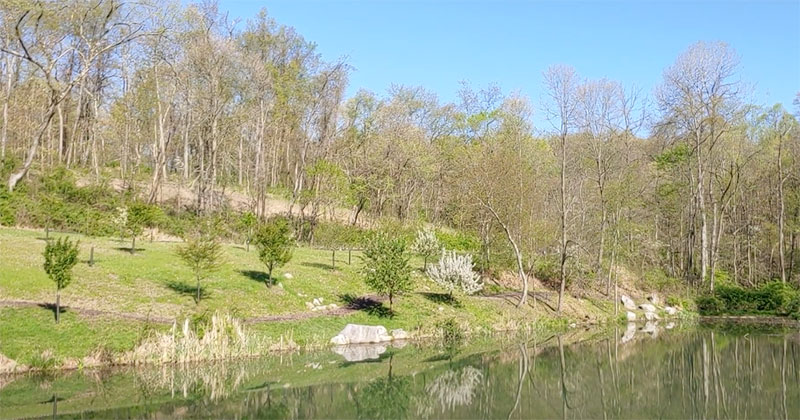 If you’re happy to drive a bit further afield, you can visit Pittsburg Botanic Garden. This non-profit charity has many different features and exhibits that spark imagination in all the senses and for all ages.

Visit the Garden of the Five Senses for an interactive stroll; the Heritage Homestead to learn what life was like in the 18th century; the Hillside Pollination Garden; the Margaret Lawrence Simon Dogwood Meadow complete with apiary; their four different woodland areas; and more!

They have regular exhibits that celebrate sustainability and natural art. The gardens are open year-round. 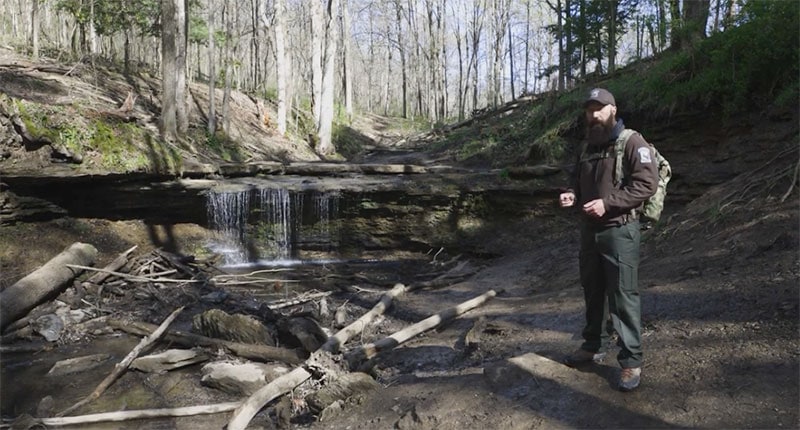 Right next to the Pittsburgh Botanic Garden is Settlers Cabin Park, which says everything in the name. There are 1,780 log cabins throughout the park from when the land was first settled.

You can hike trails that cross the park’s 1,589 acres or have some fun poolside. There are three wave pools and a diving platform to beat the heat in that are popular with people coming out from the city and locals from smaller towns.

If you like water but don’t want to swim, there’s even a mini waterfall nestled in the park you can hike to.

Watch a guided tour of the Waterfall Trail here. 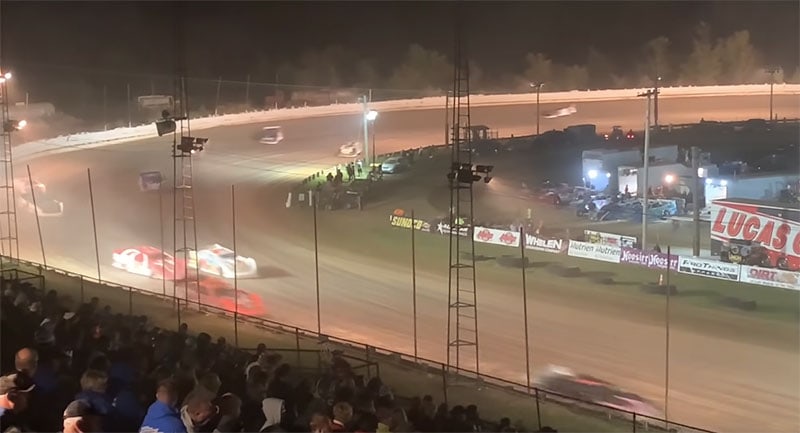 Just north of McDonald is a place packed full of high speed fun. The Pennsylvania Motor Speedway is home to nine different divisions of racing, from hobby stocks to sprint cars and dirt series.

The clay track first opened in 1979 and can hold 10,000 spectators. Every race night is five hours of fast-paced racing, starting with qualifying heats and reaching peak entertainment with the feature race.

There is free parking and even free wifi as well as a food court and bar serving refreshments at every race.

McDonald has a really great variety of activities from the high-energy of paintball or racing to laid back adventures through the Panhandle Trail.

There is loads to do for every member of the family without having to compromise.

The best part is, none of this requires you going into the busy city to have a good day out.