The American craft beer movement’s roots are deeply grounded in California, and to say it has flourished is an understatement.

Sacramento is only one of the cities in which craft brewing has exploded over the last decade, but it offers some of the best (and most dog-friendly!) breweries on the scene.

Here’s a list of some of the best breweries Sacramento has to offer: 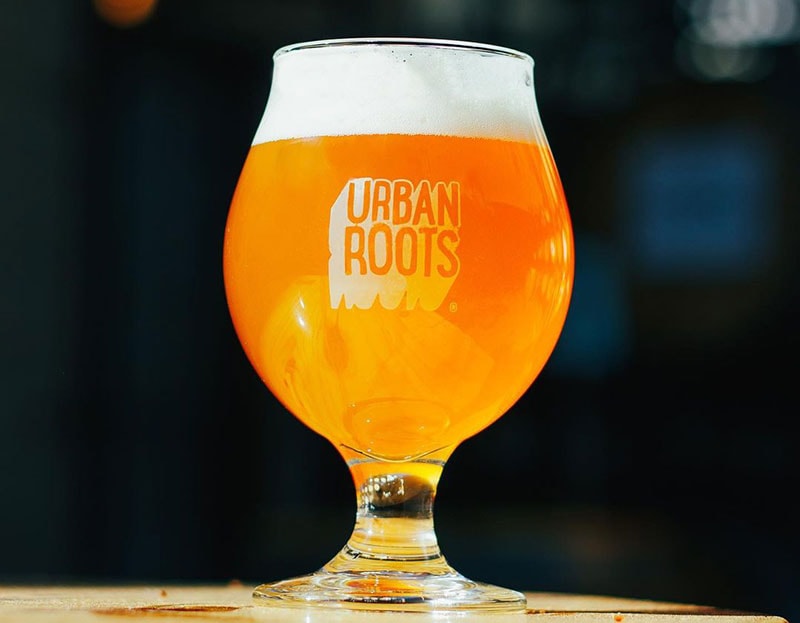 Urban Roots is a casual craft brewery and barbeque smokehouse that highlights comfort and community. It was founded in 2018 by Rob Archie and Peter Hoey. They offer a selection of 20 beers on tap, a curated wine and cider list, and some of Sacramento’s best barbeque.

Urban Roots has a full menu of smokehouse staples, and offers both indoor dining as well as service in their outdoor beer garden. They emphasize community, with regular events such as movie nights and talks. Urban Roots offers limited annual admission to their Roots Club. In exchange for an annual fee, members receive gift certificates, early access to special releases, merch, and admission to monthly members-only events.

Chocolate Moustache 13-15% ABV  — The Coconut Imperial Stout took silver in the fruit and spice beer category at the California Craft Brewers Cup, and the brewery offers regular limited-run releases of their flagship imperial stout in numerous variations — from chocolate hazelnut to spumoni to bourbon barrel aged. 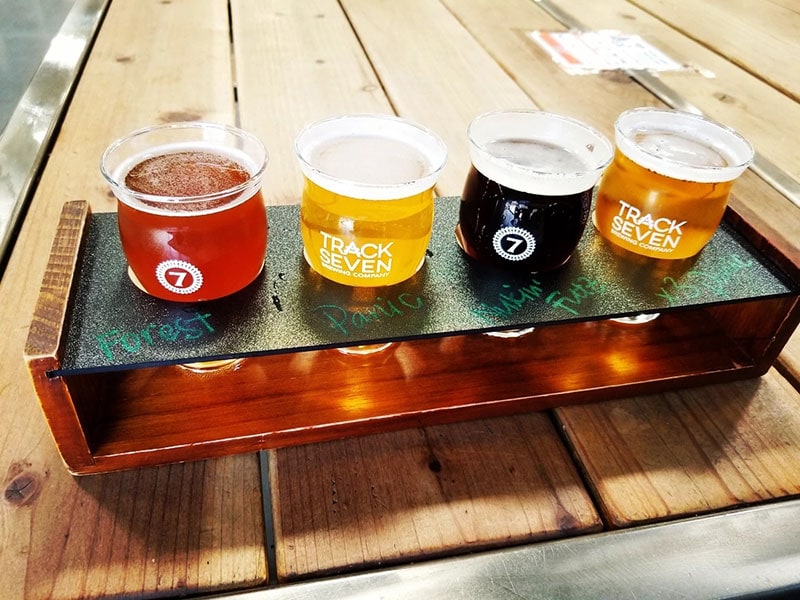 Track 7 offers a wide selection of unique craft beers, with an emphasis on hoppy West-Coast IPAs. They focus on innovation and creativity.

Track 7 opened on New Year’s Eve in 2011 and now consists of two taprooms in the Sacramento area, one in Curtis Park, and one in Natomas. The Curtis Park taproom has 16 beers on tap, and the Natomas location has 18. Both offer food by way of a rotating selection of food trucks. The Natomas taproom is Track 7’s main production brewery, and has windows through which you can observe the brewing area while sipping your beer! Both of Track 7’s taprooms are kid and dog friendly, so feel free to bring the whole family along!

Panic India Pale Ale 7.0% ABV — This multi-award-winning IPA was the first beer Track 7 ever released, and it remains one of their most popular offerings a decade later.

Burning Barrel was founded by father/son duo Jack and Duncan Alexander. They offer a selection of several styles of beer, but specialize in tropical, fruited sours and West Coast IPAs.

The large brewery and taproom boasts 22 beers on tap for guests to enjoy in the spacious indoor bar or on the outdoor patio. Food is served up by a rotating cast of food trucks. Although Burning Barrel rotates their drafts frequently and offers a huge selection of styles to cater to all tastes, their sours are the definite can’t-miss. 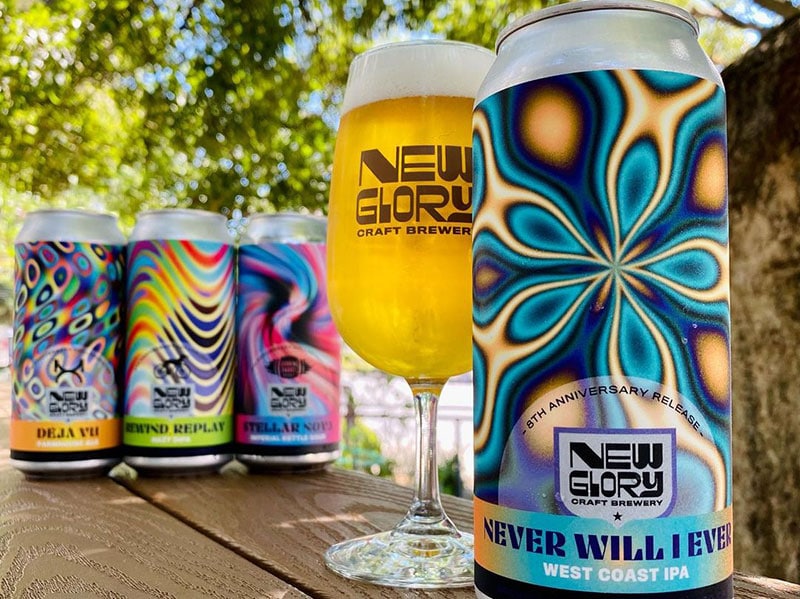 New Glory was founded in 2013 by Julien Lux, who turned his love of homebrewing into a business. They boast a selection of experimental, highly seasonal craft brews with a focus on interesting flavors.

New Glory’s industrial-looking taproom, located in their warehouse brewery, has a rotating selection of 22 beers on tap and hosts regular events and food trucks on their (dog-friendly!) patio. They also have a second location in Granite Bay that offers up 18 drafts and a full menu of pizzas and pub food. 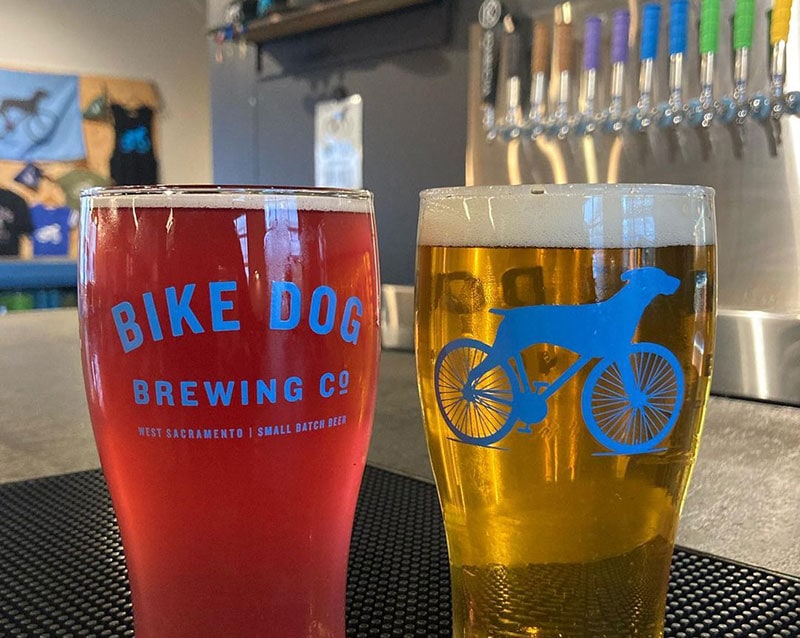 Bike Dog started as a small batch brewery founded by four friends in 2013. They specialize in high-octane IPAs, pastry stouts, and kettle sours.

Bike dog has two taprooms. Their West Sac taproom is a large industrial space featuring a dozen drafts and serving up hotdogs. The Broadway taproom is a more modern space, with a list of 18 draft beers and a full menu of burgers, sandwiches, and pizza. Unsurprisingly, both spaces are dog friendly.

Summer Is Always Helles, 5.3% ABV — Munich-style Helles that took gold in its category at the 2019 California Craft Brewers Cup. Try this or one of their many rotating lactose-forward fruited sours. 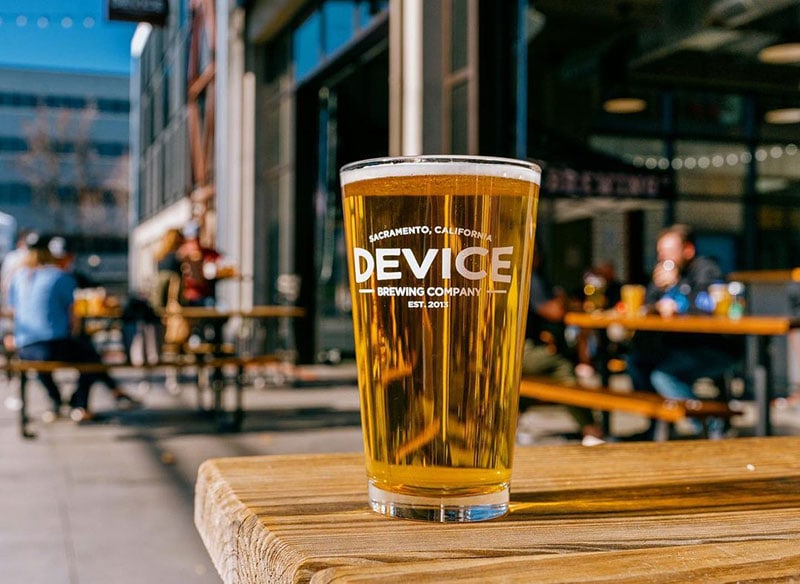 Device was founded by husband and wife team Ken and Melissa Anthony in 2013. What started as a college homebrewing hobby became a full-time craft brewing business offering beers in a range of styles. Device’s selection of IPAS and stouts, however, is where they really shine.

Devid now operates out of three different locations. The Brewery and Taproom, ICE Blocks Midtown, and the Pocket/Greenhaven Taproom and Kitchen. All three locations are family-friendly and have both indoor and outdoor seating. The Pocket/Greenhaven location features a pub snack and sandwich heavy menu. 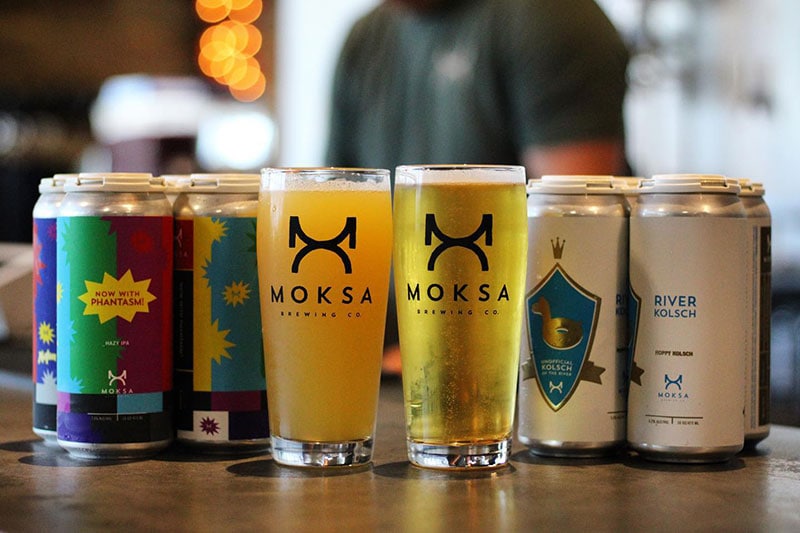 Established in 2017, Moksa brews beers grounded in tradition with a nod toward exploration and innovation. They offer beers in a wide range of styles produced by their team of experienced, professional brewers.

Their 3,000 sq foot taproom features views of the entire brewery. There are 24 drafts to choose from, and Moksa does have snacks for sale. More substantial food can be purchased from the rotating roster of local food trucks that visit the brewery, and outside food is permitted. Current draft lists and food truck schedules can be found on their website or app.

Night Cap, 12% ABV — This vanilla-tinged Imperial Stout is aged in Tawny Port barrels for 21 months. It took gold in its category at the 2021 California Craft Brewers Cup.