Lets deep dive into the some statistics, look at crime rates and crime graphs and see how safe or dangerous Dallas really is.

What is Dallas’ crime rate?

Here’s a scale to give you some perspective on Dallas’ crime rate:

You have a 1 in 118 chance of becoming a victim of violent crime in Dallas.

You have a 1 in 1,156 chance of becoming a victim of violent crime in Dallas.

Dallas has a similar crime rate to cities like Corpus Christi, San Antonio and Atlanta.

Here’s a map showing you how violent crime has trended in Dallas over a 12 year period. 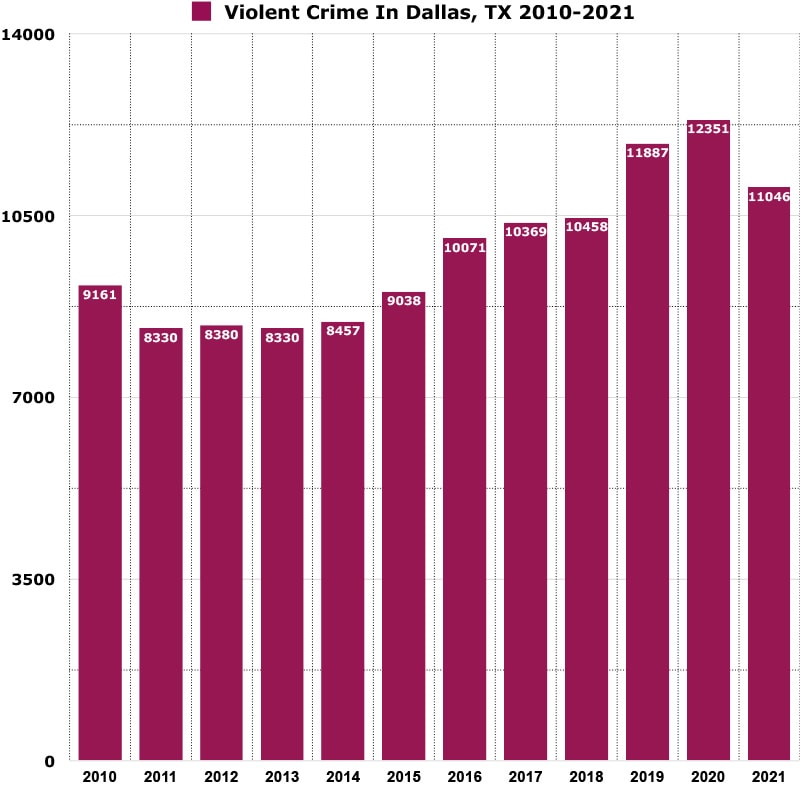 Year over year murders has decreased by 13%

Dallas’s murder rate is 2.6 times greater than the national average.

Dallas murder rate is similar to Savannah, Nashville and Louisville.

You have a 1 in 5,936 chance of becoming a victim of murder in Dallas.

Here’s a graph showing you how homicides has trended over the last 12 years in Dallas:

Murders in Dallas has been steadily increasing since 2014. 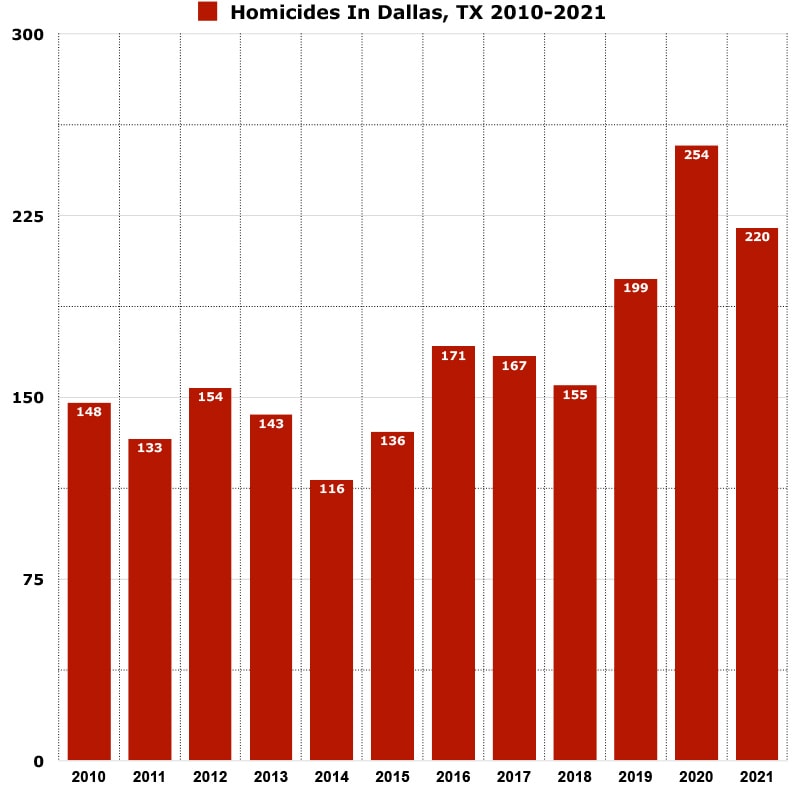 You have a 1 in 28 chance of becoming a victim of property crime in Dallas.

Here’s a map showing you how property crime has trended in Dallas over a 12 year period.

Property crime has been steadily decreasing in Dallas over the last 12 years.

Dallas’ crime rate vs other cities in Texas (2020)

Here’e how Dallas’ violent crime rate compared to other cities in Texas. Dallas has the 3rd highest crime rates of all the cities listed. 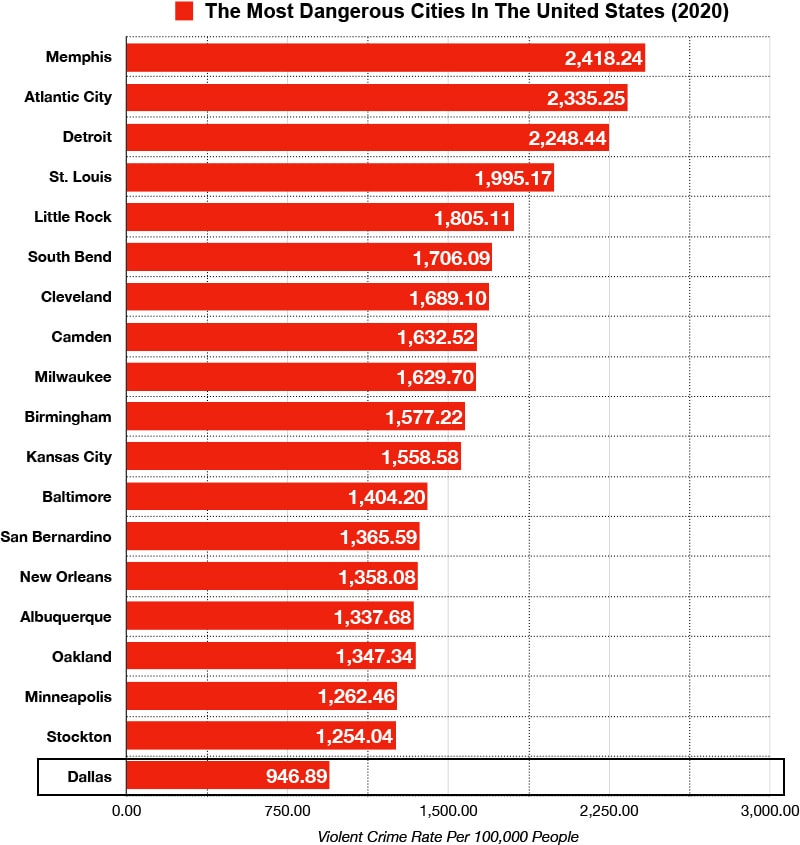 How are Dallas’ crime rates calculated?

How much has crime increased/decreased in Dallas?