U.S. Steel is a well-known industrial company whose existence in attributed to the famous J.P. Morgan; however, it was technically founded by the merging of three pre-existing steel companies, one of which was the Federal Steel Company, owned by Elbert H. Gary.

His name went to the city of Gary when it was established in 1906 by U.S. Steel itself. Gary became the second largest city in Indiana due to the industry and its convenient location on the coast of Lake Michigan, but things rapidly declined after the Second World War.

Since then, Gary has dropped to the 9th largest city in the state today. Despite its decline in population and industry, Gary is still home to 24 properties on the National Register of Historic Places.

It has been used as a movie set for the 2009 A Nightmare on Elm Street remake and third Transformers film. It is also the birthplace of some famous Americans, having produced many NFL, NBA, and MLB sportsmen, but is most notably famous for being the home of the Jackson family.

Where exactly is Gary, Indiana?

Gary is on the very northwest limit of Indiana, arguably the first city in Indiana that’s outside Chicago outer limits (it actually borders the city named East Chicago).

Despite its proximity to the city, it takes between 35 and 50 minutes to drive from Gary to Chicago, depending on traffic. This makes it closer to an hour to get to O’Hare International Airport.

You don’t need to fly away from Gary to find things to do, though. Avoid the fast-paced city atmosphere of Chicago and relax with the small town luxuries Gary has to offer on the coast of Lake Michigan.

Things to do in Gary, Indiana: 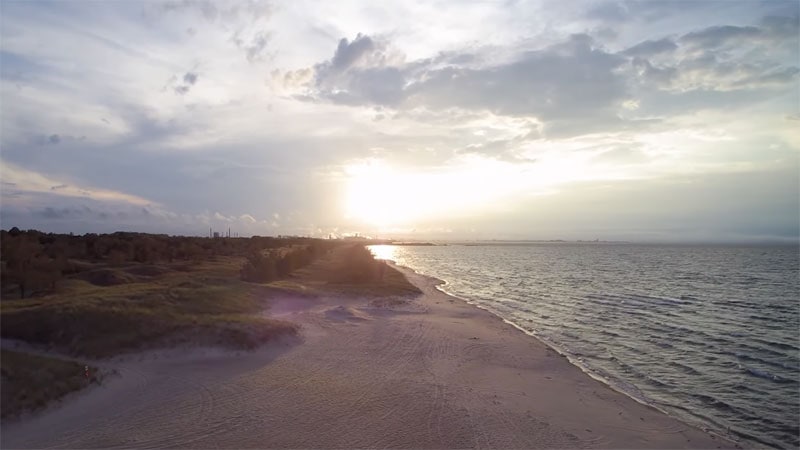 For a refreshing summertime dip, visit Lake Street Beach on the coast of Lake Michigan. Of all of Gary’s coastline, it’s the only place you can go swimming.

Open from Memorial Day to Labor Day, you’ll have to pay for parking (cheaper for residents, though). There are lifeguards are on duty from 10am to 6pm.

Don’t worry, there’s more than just swimming to occupy your time at Lake Street Beach. There is a boat launch and wave-runner ramp available, plus access to fishing.

The beach is dog friendly. If you do go swimming, though, be wary of rip currents! 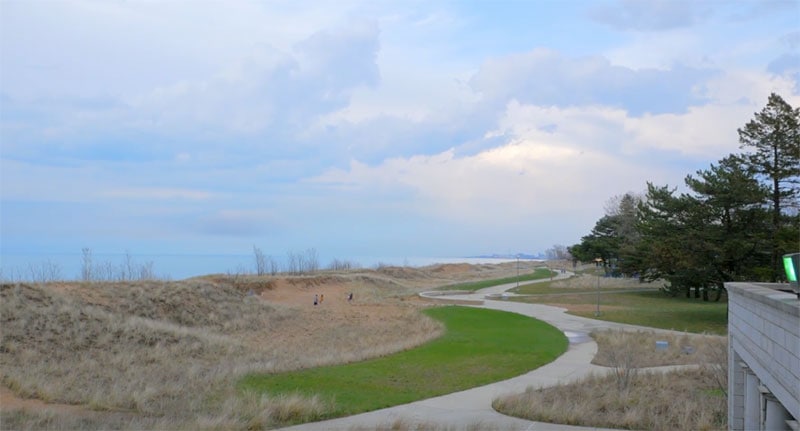 Connected to Lake Street Beach is Marquette Park. Here you can hike, boat, picnic, and play. There are a couple of trails to follow, including one named after the famous French philosopher, Simone de Beauvoir.

If you just want to relax, there’s plenty of space to stroll about the Marquette Park Statue Garden, play with the kids on the playground, picnic on the grass, or rent the Pavillion for special events.

The same Lake Michigan beach from Lake Street Beach extends the length of Marquette Park and the parking fees are a bit cheaper. 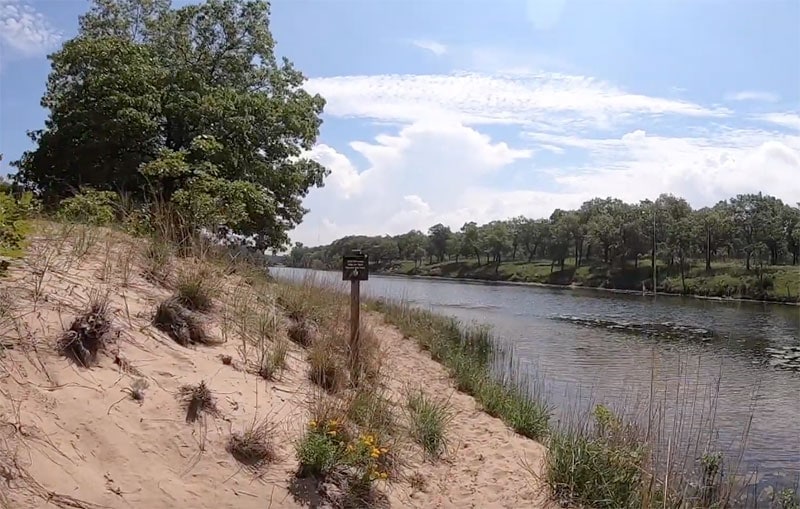 Part of the same extensive complex of outdoor wilderness, trails, and beach front running along the north end of Gary, Miller Woods is just below Lake Street Beach.

Here, you can hike along the wilderness and have fantastic views of the dunes and the lake. Unlike the beaches, the parking for this trail is free.

Walking the path can take about two hours to travel the 3.4 miles of trail. The pathway is mostly packed dirt and loose sand which makes the difficulty of the walk vary from easy to moderate.

Enjoy strolling through the wildflowers, even bring the family dog, just watch out for poison ivy! 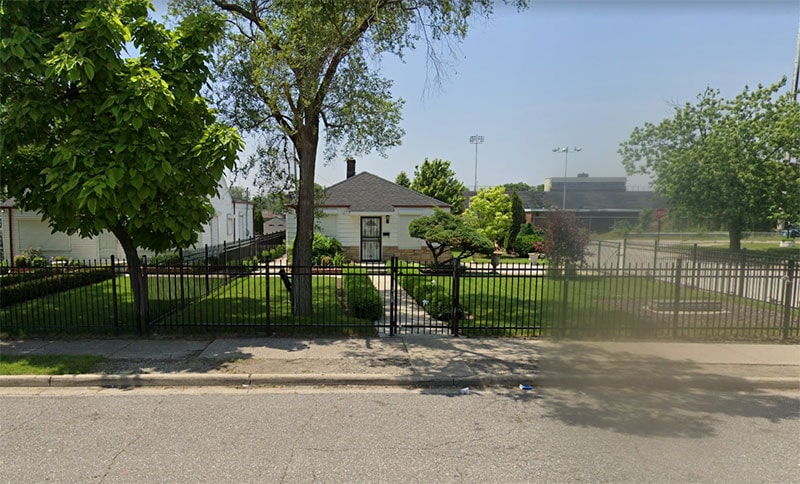 For any big pop idolizers who admire Michael Jackson, Gary, Indiana is the place to visit in order to see where it all began. In fact, the entire Jackson 5 hail from this humble home. All 11 members of the family lived in the small house located on the aptly named Jackson Avenue.

The home is privately owned today, though there is speculation that the home is owned by the family’s lawyer for their sake, and rumors abound about turning the house next door into a museum.

A metal gate helps protect the home and its lawn from passing tourists, and there is a single, simple plaque dedicated to the late, great star.

(Related: How Many Abandoned Houses Are In Gary, Indiana?) 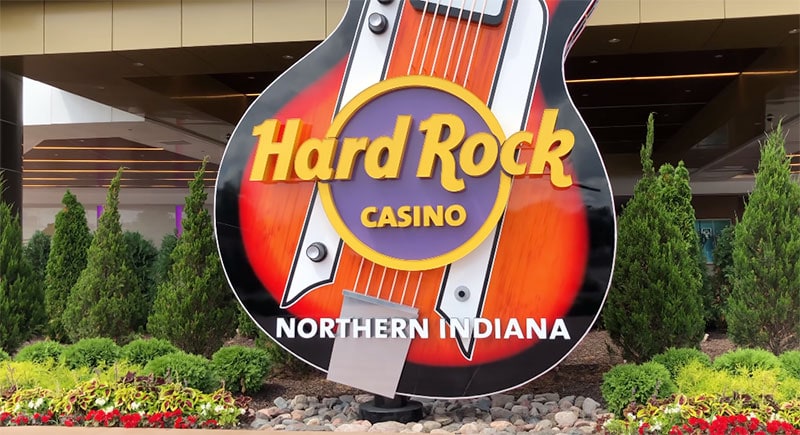 Just southwest of Gary in a town called Black Oak is the Northern Indiana Hard Rock Casino. Note that it is so much more than a café.

There are over 1,800 table games and slot machines to play at, five dining choices, two bars, two venues for live music, the usual Hard Rock memorabilia collection, and a Rock Shop selling loads of gear to commemorate your visit.

For dining, along with the traditional Hard Rock Café, you can find a coffee shop, steak house, family eatery, and noodle bar at the casino. Win big and treat your family and friends to a nice meal. 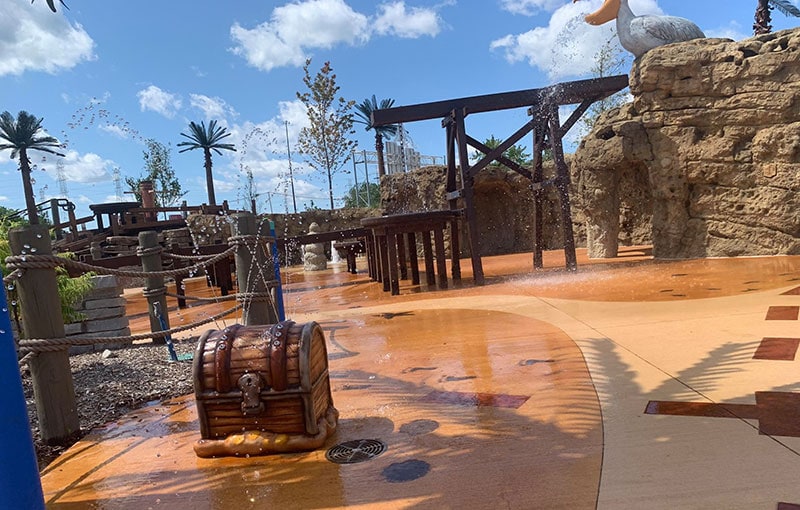 Trips to the park can become a bit boring. Mix things up for the kids and bring them to Bellaboo’s Play and Discovery Center.

Here they have both indoor and outdoor structured play. Inside features include water play, soft play, block building, a pretend village, craft studio, and reading room.

Outside goes beyond the playgrounds at the parks: there are jungle gyms, a dino dig, a garden, and a pedal track to race on.

There’s a ton of choices of activities that will further their creative, physical, and social skills. 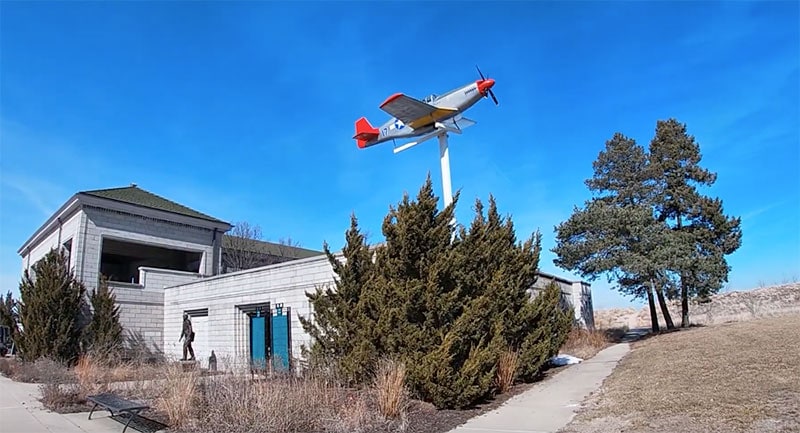 Another feature of Marquette Park, the Aquatorium is a place to visit. Sure, “aquatorium” means a place to view water, which sounds like a beach, but the one in Gary is extra special. It is an event space and museum. There are two spaces for events of up to 100 or 300 guests, plus a private garden. The museum part comes in as a monument to aerospace history. The Aquatorium is a National Historical Monument to Octave Chanute (who was around before the Wright brothers, by the way) and the Tuskegee Airmen. 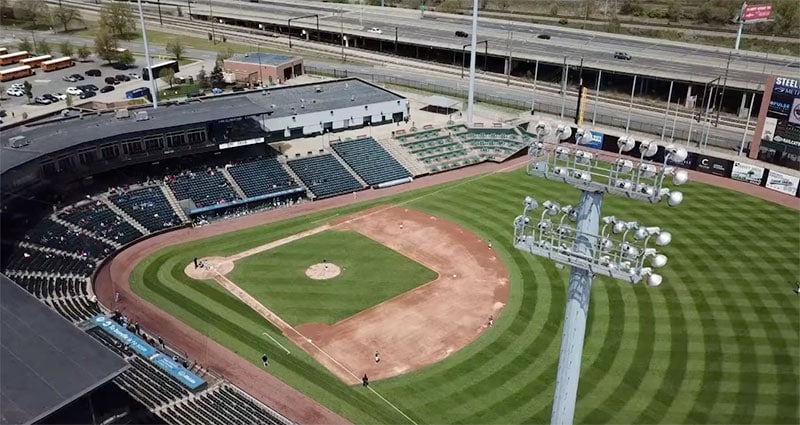 Catch a ball game! Gary is home to the U.S. Steel Yard, the baseball stadium that’s home to the SouthShore RailCats.

They’re a team that plays for the American Association of Professional Baseball – a Partner League to Major League Baseball that operates independently, serving cities that get missed out by MLB or even minor league teams and games.

The very first year the Association was founded, 2005, the SouthShore RailCats won the championship.

They’ve won two more times since and have won four times in their own division. Enjoy a pre-game performance before cheering on the RailCats. 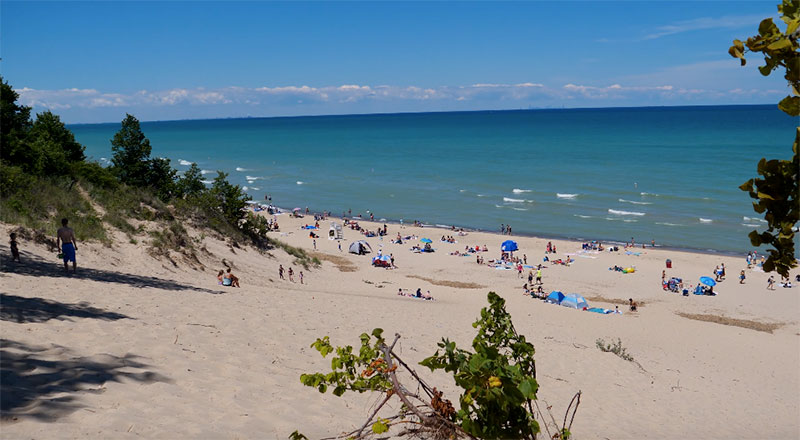 Established in the ’60s, the Park now has 50 miles worth of trails to hike – and not just through dunes. There are also wetlands, praries, a river, and forests in the National Park.

There are also seasonal festivals like the Maple Sugar Time Festival in March or the Outdoor Adventure Festival in September.

There are daily entry fees, or you can get a 1-7 day, annual, or lifetime pass.

Though just down the coast from the Windy City, Gary is a city choc full of outdoor activities. The cold weather doesn’t scare regulars away in the winter and there is tons to do in the warm summer lakeside. It’s well worth a visit or a place to consider home if you’re looking for lots of things to do in the fresh air.