Most famously known as the childhood home of the Jackson 5, including superstars Janet and Michael Jackson, Gary, Indiana is a city on the outer edge of Chicago.

It shares a border with the neighborhood of East Chicago and runs for over 10 miles along the coast of Lake Michigan.

It had reached great heights in the first half of the 20th century due to being a large center for steel production in the country.

Like many great things, however, Gary eventually had a fall from prosperity. 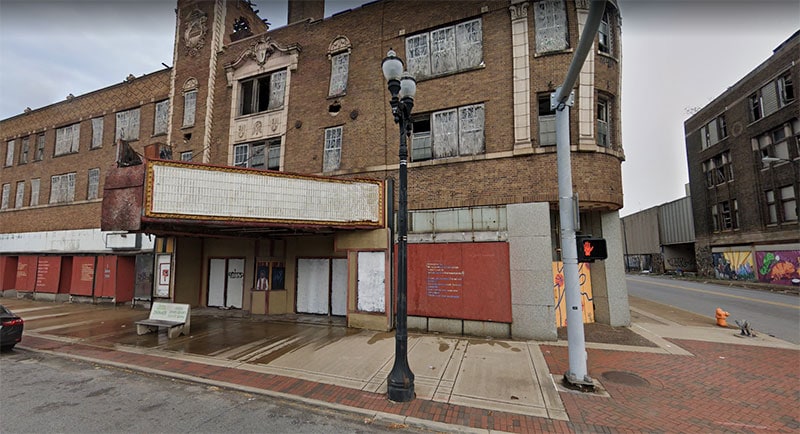 The 1960s brought great change to the area – imported steel began to replace the need for Gary’s U.S. Steel Works, laying off swathes of workers, and the Civil Rights Movement brought great social unrest to an already racially tumultuous city with a checkered past dotted with lynchings.

The prominence of Gary fell sharply in the second half of the 20th century, so much so that the town’s population dropped by 61% since 1960. Today, Gary is a third of its former self, considered by many to be abandoned and hopeless.

How many abandoned houses are in Gary, In?

Harper’s Index in 2013 claimed that 1/3 of the houses in Gary were abandoned and unoccupied. Another website specializing in abandoned properties puts the number at 13,000 structures.

A government survey in 2015 counted 6,794 “vacant parcels” – a mere 11% of parcels of land that were surveyed. Regardless, it’s a significant portion of buildings in a town that are grown over with trees and weeds.

Gary is not completely abandoned. Despite its disparaging tale, there are still a significant number of people who call this destitute city home. Businesses still exist, people still have jobs, and many are lifelong residents who wouldn’t dream of giving up on their home.

How many people live in Gary, Indiana?

As of the 2020 census, there are 69,093 residents who call Gary home – and while Gary is not abandoned, its population is slowly diminishing.

Gary’s population peaked in the 60’s when there were around 178,000 residents and ever since the 80’s Gary has experience double digit percentage losses to its population.

Why is the city so abandoned? 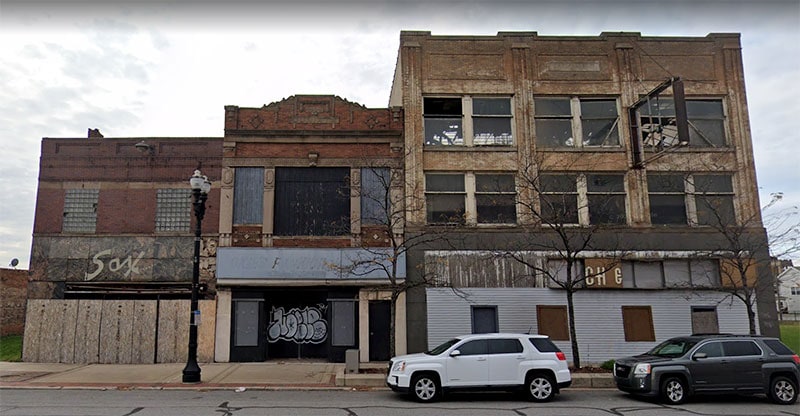 As the story goes with many boom towns, there is eventually a bust. Much like the ghost towns out west that rocketed to success due to the discovery of gold and silver mines, the steel industry caused Gary to rise rapidly in population and industry.

As the market changed with time, however, new imports came in from abroad that were cheaper than American steel, putting the famous U.S. Steel Works company out of business.

With the close of business came a mass layoff, cutting their workforce of 30,000 down to a mere 6,000 in a period of 30 years. So reliant on the industry, the city has never recovered. Those found jobless left to find work elsewhere, decreasing the population.

What’s more, civil unrest was always a divisive factor in Gary. There were noted lynchings of both white and black men in the early 20th century. 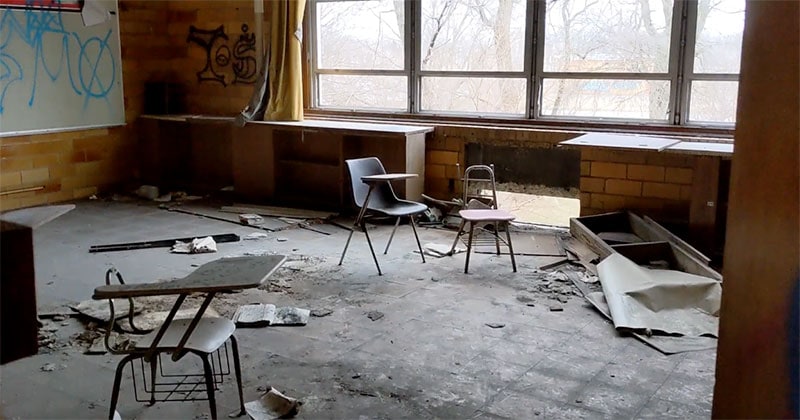 When the Civil Rights Movement developed in the ‘60s, things got worse. The city was torn apart by further violence.

Eventually, a predominantly white city turned black. Before its population fell below 100,000 people, Gary was the city with the highest percentage of African American residents.

One reason for this change was due to discriminatory laws that helped white families take mortgages that were federally funded in nicer suburbs outside Chicago as Gary fell into decline.

What part of Gary is abandoned?

The abandoned areas of Gary constitute most of the city. The remaining residents are dotted throughout derelict structures, often living right across from or sandwiches in between condemned buildings.

It’s not as though specific neighborhoods are doomed while others prosper. That being said, the whole city isn’t completely destitute.

(Related: Is Gary, Indiana Safe To Visit? Everything You Need To Know Before Traveling)

Is there a good neighborhood in Gary, Indiana? 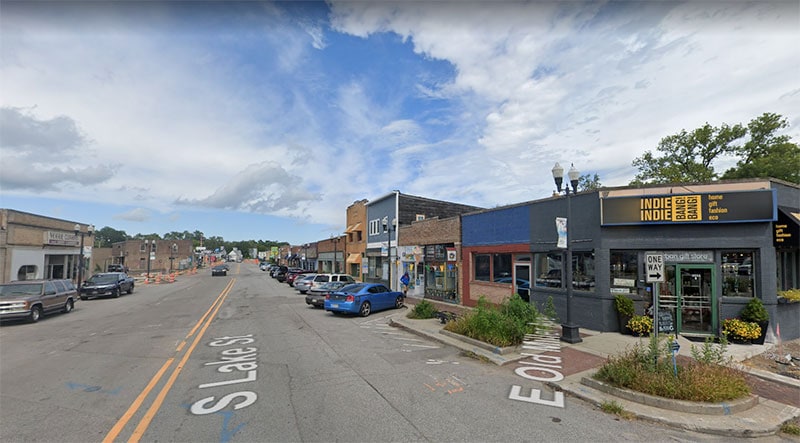 On the far east end of Gary is a neighborhood called Miller Beach. It is one of the few lively areas left in Gary.

It has an accessible shoreline along Lake Michigan which allows for swimming and boating.

This area has remained prosperous in part due to its proximity to these natural wonders, but also thanks to urban accessibility: there is a train stop right in Miller on the South Shore Line, a commuter rail that runs from central Chicago to South Bend, Indiana.

This convenience has allowed for a tourist trade to develop, giving city inhabitants access to a relaxing beach front, local dining, and small business. Miller Beach has a vibrant art scene and is home to several galleries and boutiques.

What is the average real estate price in Gary, Indiana?

Yes, it is true! Over the years, the local government in Gary have carried out programs to encourage development of abandoned properties through something called the Dollar House Program.

First carried out in 1988, the Dollar House Program enacted by the City of Gary encouraged non-home owners to invest in the rehabilitation of their city through hard work in exchange for a dollar.

The program was brought back notably in 2013 and 2018, when the city sold 13 and 8 houses, respectively. It wasn’t as simple as handing over a dollar, though; there were criteria to meet. Both programs had requirements:

The earlier program in 2013 also required the buyer to have $1,000 in savings and “be able to demonstrate that [they] have the financial ability to rehabilitate a home.” Since 2018, there haven’t been any new Dollar House Programs in Gary.

Are $1 homes a good investment? 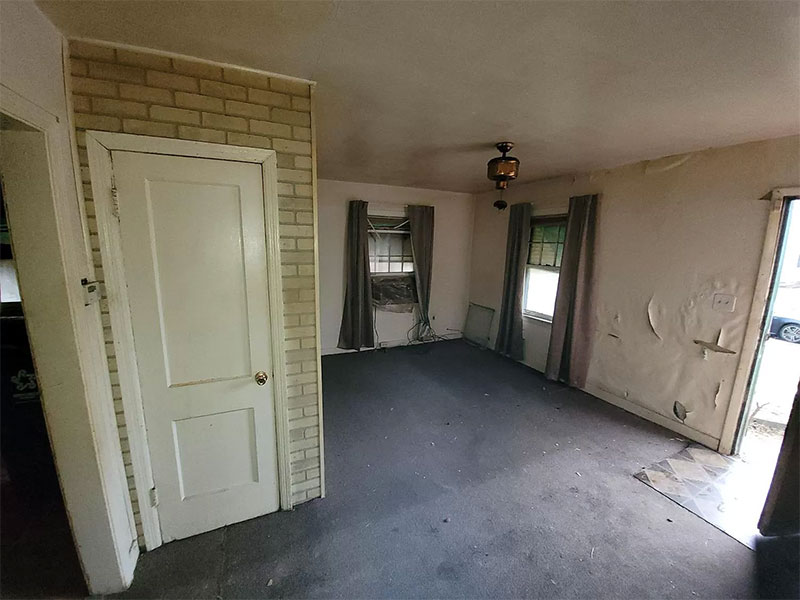 The Dollar Home Program seems too good to be true. Hardly an impediment, we should note here that there was a non-refundable $25 application fee to even be considered to be accepted to buy one of these homes.

Beyond that, the value of the investment depends on your commitment. If you’re handy and have the time to rehabilitate a home, let alone have the money you’re willing to put into the work, it could be a good project. 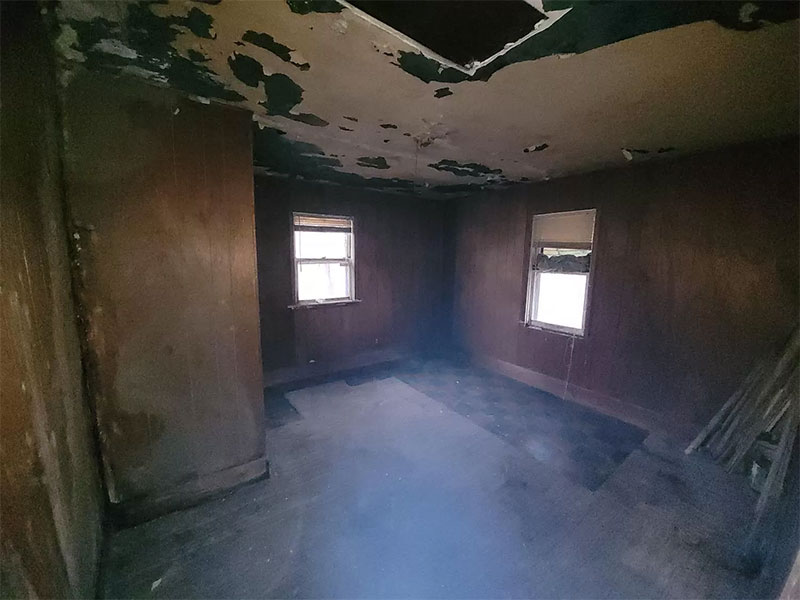 However, it’s not just a matter of painting the walls and weeding the garden. It’s important to consider that new kitchens alone can cost well over $10,000, and that’s just for aesthetics. 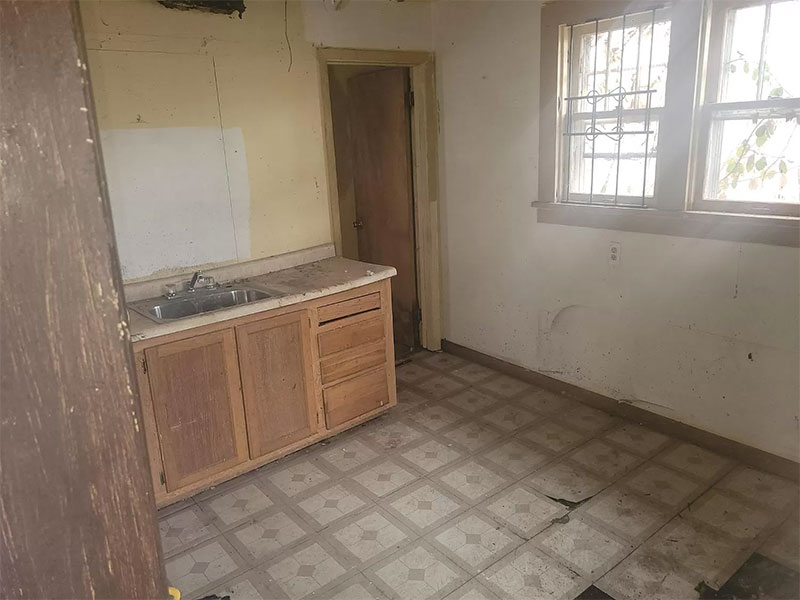 One of the requirements for a $1 home is to bring the property up to code. That could require specialized work such as rewiring or the running of gas lines.

If you’re not a pro at home improvement, you’ll have to hire many workmen to update your new home. This could easily run up tens of thousands of dollars of bills all within a year. 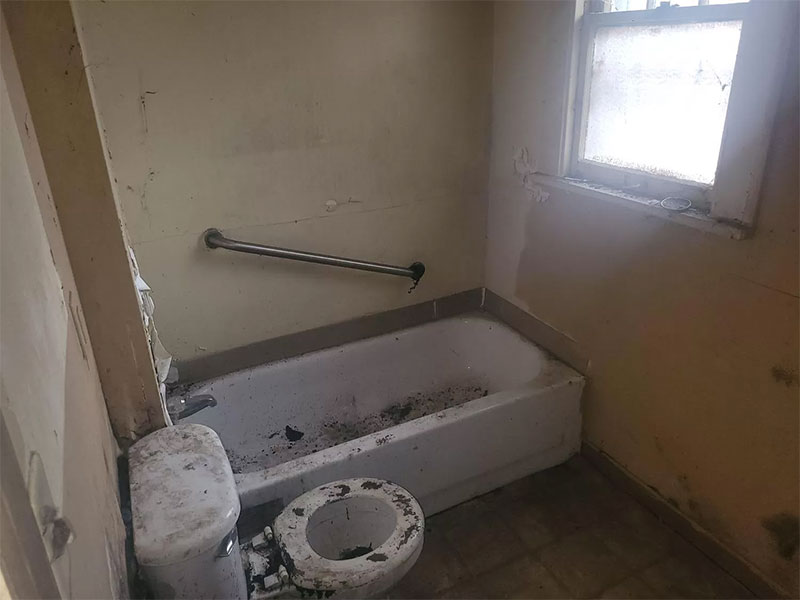 Then, once you’ve met the government’s standard, you still need to reside in the home for five years. That doesn’t sound like a long time for a place you’ve put your sweat and tears (hopefully not too much, if any, blood) into, but it’s also important to consider that it’s in a town still full of abandoned properties, a lack of jobs, and high rates of poverty. You’d have to be highly committed to the future or happy to commute into the city for work.

Is there any hope for Gary, Indiana? 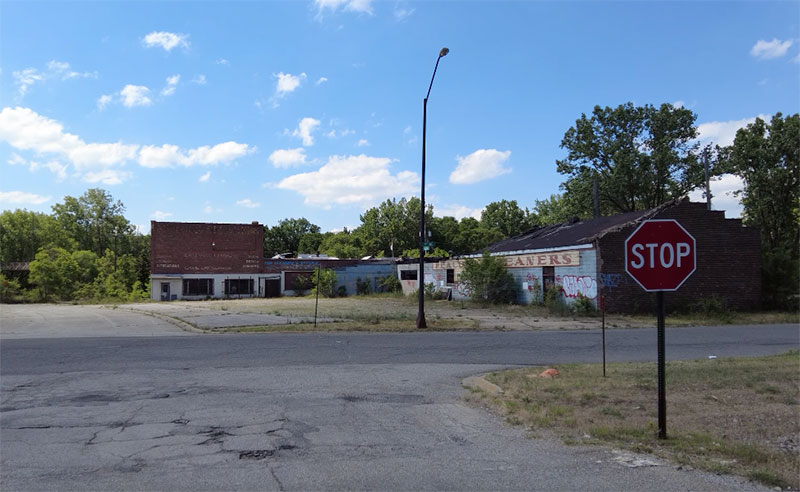 There’s proof that we should have hope in the city of Gary thanks to the thousands of residents who have remained there.

While some may have done so out of a lack of means to move away, their constant residency has inspired a pride that is hard to disregard.

Local government and homeowners alike in Gary hope for a bright future for the city. They believe that this once industrial mecca can be brought into the 21st century with new life. Other suburbs outside Chicago have proven prosperous.

Gary’s proximity to nature and recreation sets it up to be an ideal vacation town. Its position on the commuter rail should allow for city employees to move out to Gary and enjoy larger homes with sprawling yards … once they’re revived.

Gary can be a good investment if everyone pools together – something Mayor Jerome Prince and his local government are striving to do with the hope of local residents and potential federal funding.