If you are thinking about visiting San Diego and have some qualms about the safety of the city, we got you covered.

Lets deep dive into the some crime statistics and crime rates and see how safe or dangerous San Diego really is.

What is San Diego’s Crime Rate?

Here’s a table showing you the crime rate over the last 4 years.

You have a 1 in 237 chance of becoming a victim of violent crime in San Diego.

Here’s a map showing you how violent crime has trended in San Diego over a 12 year period. 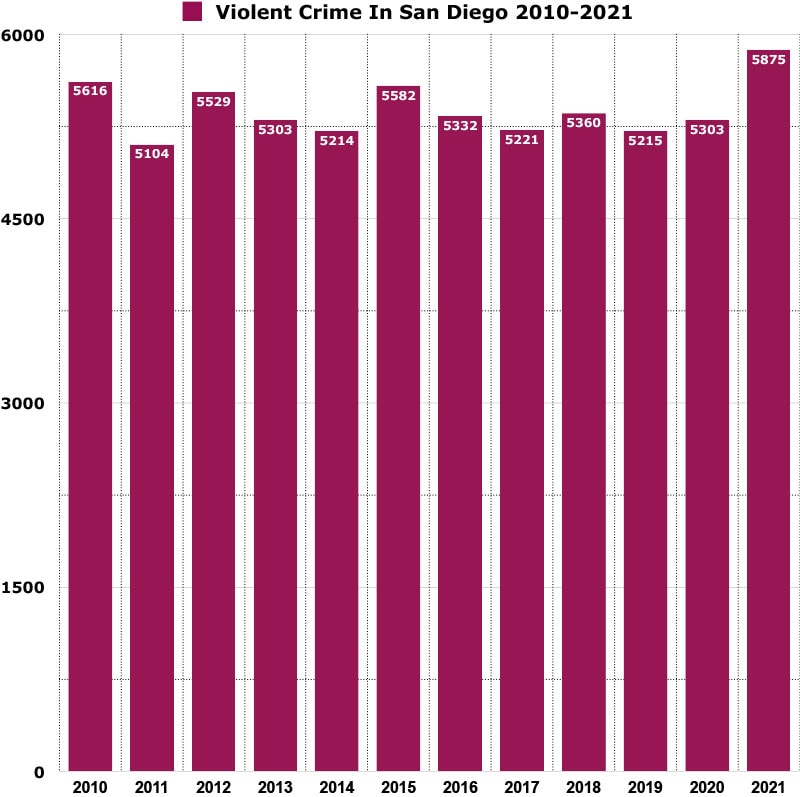 San Diego’ murder rate is 37% less than the national average.

San Diego has a similar homicide rate to cities like Arlington and Seattle.

Here’s a map showing you how murders have trended over the last 12 years in San Diego. 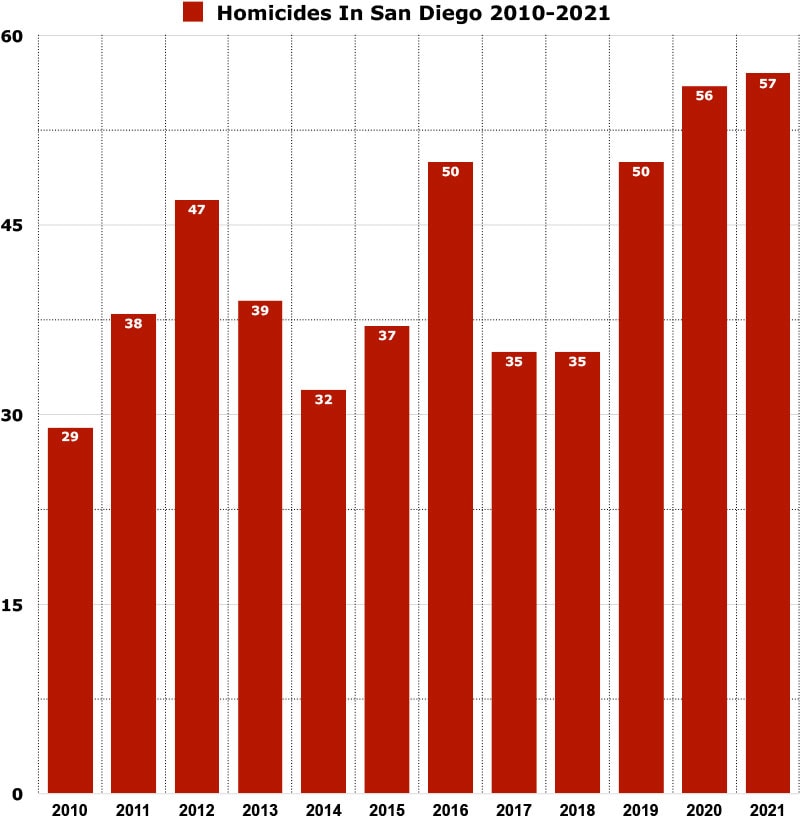 San Diego has a similar property crime rate to Lousiville, and Fort Lauderdale.

You have a 1 in 50 chance of becoming a victim of property crime in San Diego.

Here’s a map showing you how property crime has trended in San Diego over a 12 year period. 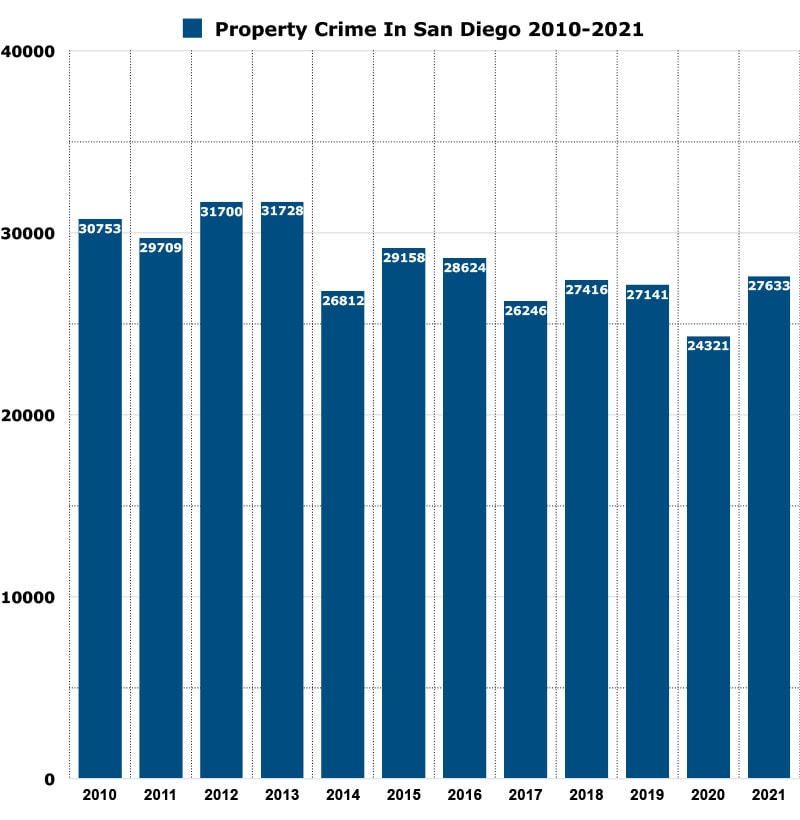 San Diego’s crime rate vs other cities in California (2020)

Here’e how San Diego’s crime rate compared to other cities in California. San Diego had the 3rd lowest crime rate of all the cities listed in 2020. 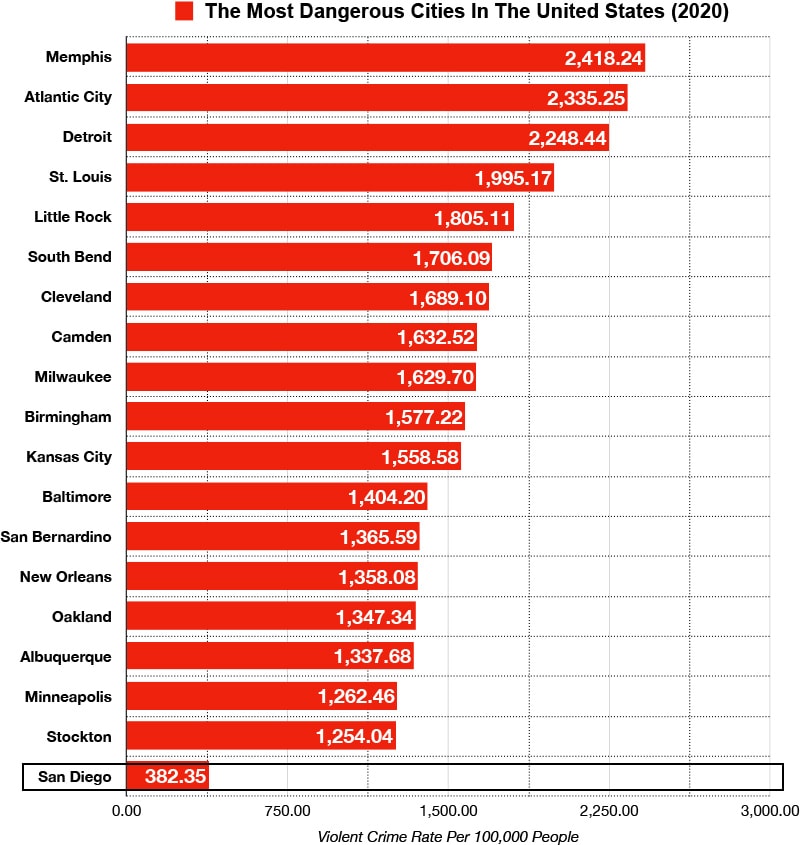 How much has crime increased in San Diego?

How bad is crime in San Diego?

Statistically speaking, crime in San Diego is not bad. Violent crime and property crime have increased in the city but it is still relatively low compared to other major metropolitan cities.

Neighborhoods in San Diego to avoid 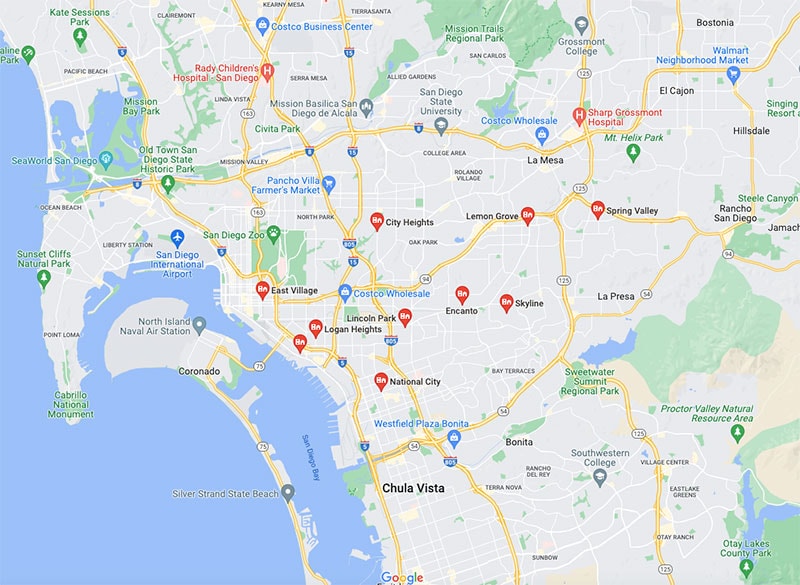 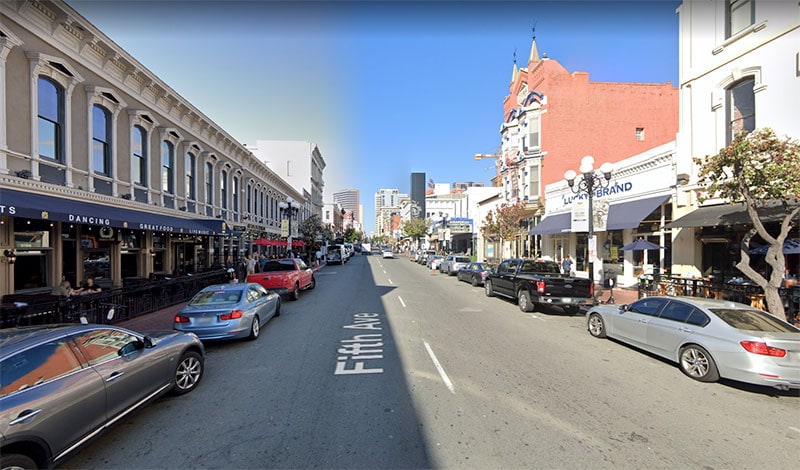 Downtown San Diego is generally a safe area. Some parts of downtown are worse than others but they are not dangerous per se.

In downtown you can expect drunken behavior among the bar patrons and some erratic behavior from homeless people. If you’re someone that gets rattled easily, it’s probably not the place for you at night.

Be careful not to wander too far south and east, which will land you in the Barrio Logan and Logan Heights neighborhood, which is certainly not an area you want to wander around at night.

The beaches in San Diego which includes beaches like Pacific Beach (PB), Ocean Beach, Mission Beach and more are generally safe to visit.

The biggest problems around the beach areas are property crime. You should always keep an eye on your belongings and to never leave valuables in your car.

In Pacific Beach there is a lot of partying around the bars and its not uncommon to see a lot of drunken behavior, including fights.

Is the public transportation in San Diego safe?

The public transportation system in San Diego is handled by the MTS and it offers many routes that interweave throughout the entire city.

The MTS is generally a safe option to use during normal commuting hours (7am – 6pm), however we recommend that you use a taxi or ride sharing service outside of those hours.

Is San Diego safe at night?

San Diego is generally safe at night as long as you stay out of the problem areas listed above. Be aware that streets and squares that are perfectly safe to visit in the daytime can be questionable and sketchy at night. Stay in well lit and populated places at night and avoid walking through desolate areas.

What do residents of San Diego say about it’s safety?

Here’s a scale to give you some perspective on San Diego’ crime rate: