The Hollywood sign is an iconic symbol in so many movies and TV shows. But what about seeing it in real life?

If you’re visiting Hollywood, your trip won’t be complete without seeing the sign! Follow this guide to learn all about the sign and the best places to view it. 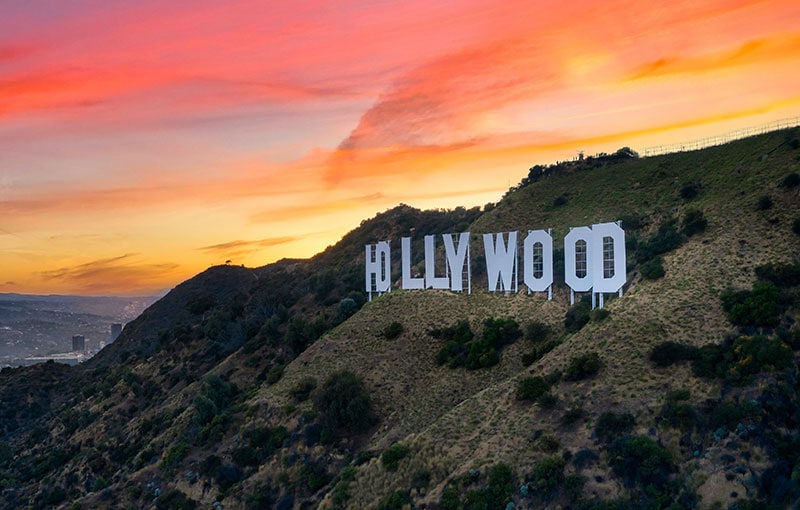 Another fun fact- it has the largest IKEA in the whole country. IKEA fans, hop on that plane!

Burbank has two distinct neighborhoods: the downtown and foothill neighborhood in the Verdugo Mountains foothills, and a section of flatland.

Mount Lee is in Griffith Park with is near the Mulholland Highway and Forest Lawn Memorial Park cemetery.

Once upon a time, the Hollywoodland sign used to be lit with thousands of lightbulbs. It was only meant to last about a year and a half, located on Mt. Lee clocking in at 45 feet. However, until the mid 1900s, a caretaker lived behind the sign.

When the caretaking program no longer had funding, the sign became a mess. So the land and sign were donated to the City of Los Angeles and became integrated into Griffith Park.

In 1949 the city started to tear the sign down but the community got upset, so instead they renovated and restored it without “LAND” and without the flights. In the 70s, the sign fell into disrepair again.

The frontrunners of Hollywood helped pay for the new sign.

Can you see the Hollywood sign from Burbank if you hike? 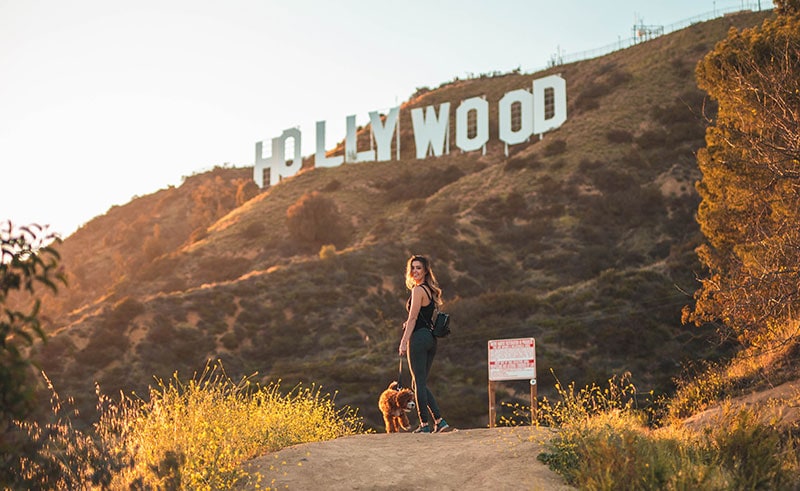 The Burbank Peak to Hollywood Sign to Upper Lake Hollywood Loop is a 5.1 mile trail near LA. It’s a medium-challenging hike, and takes about two and a half hours to finish. It’s quite a popular trail, but if you’re looking for some peace and quiet you can still find it during the off-hours. There’s an elevation gain of nearly 1,200 feet!

For being an urban hike, it’s pretty great. Expect rock scrambling towards the end! But half of the hike is walking the Hollywood Hills neighborhoods filled with tourists. The hike up to the peak itself is steep! Trekking poles aren’t a bad idea. Check out the famous Wisdom Tree on Mount Burbank Peak if you change the route a bit!

Dante’s View is another hike to view the Hollywood Sign. It’s a high point that gives a great view over Downtown LA to the south and the Hollywood Sign to the west. It’s impressive because you get to see the sign at eye level instead of by looking up!

From the Griffith Observatory parking lot you can find lots of hiking trails on Mt. Hollywood. Head up the main trail a bit and you’ll find a shaded viewpoint with a bench that has a great view of the Hollywood Sign.

As an extension of hiking, you can take a horseback ride to the sign from Griffith Park.

What are some good places to see the Hollywood sign if you don’t want to hike?

If you park at the Griffith Observatory you can see the sign over the ridge on the right side of the lot, facing the Observatory.

Head to the Hollywood Bowl Overlook on Mulholland Drive- a famous attraction on its own!

Lake Hollywood Park is another place to view the sign.

If you have the cash, the best way to view the sign is from an air tour. There are lots of LA Air Tours due to high demand, and you have the option of both airplanes and helicopters.

And for those looking to exert the least amount of energy possible, you can see the Hollywood sign from your car if you visit this exact location: 2604 N Beachwood Dr, Los Angeles, California