Downtown LA has always been at the center of the Los Angeles homeless crisis and the pandemic has only exacerbated the issue. Skid Row, the epicenter of homelessness in Los Angeles, has swelled outwards and views of the city had been replaced by sidewalks overflowing with tents, trash, drug use, crime, human waste and disorder.

If you are thinking about visiting DTLA and have some concerns about your safety, we got you covered. We are going to layout the good and bad parts of Downtown and talk to residents of the neighborhood to give you a better understanding of how safe Downtown really is. 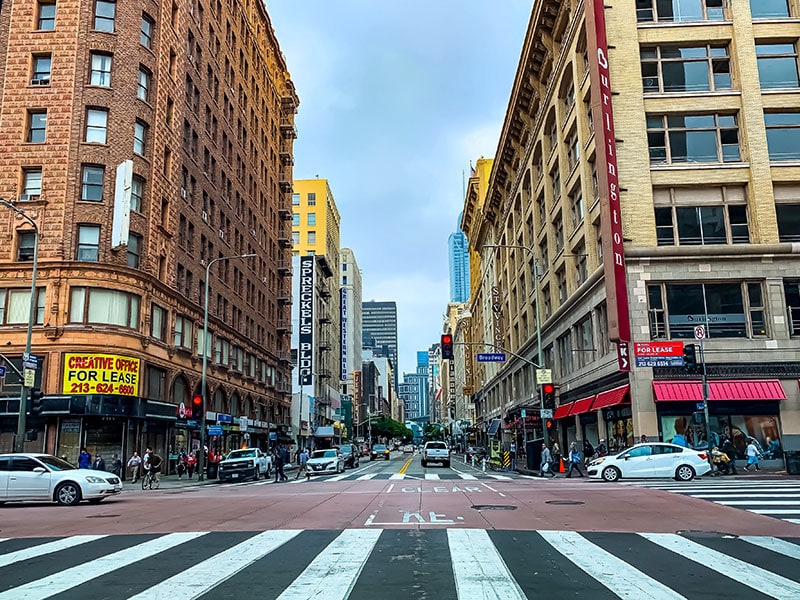 Downtown LA is safe to visit now as long as you are stay out of the dangerous neighborhoods and are vigilant of your surroundings.

While most of Downtown LA is safe to visit during the daytime, certain neighborhoods become desolate at night and can feel sketchy and can be dangerous.

What are the safest areas of Downtown LA?

The Fashion district, Industrial District and the Historic Core are generally safe areas during the daytime, however it can get sketchy at night as everything closes and the area becomes desolate. Similarly, the area south of the Staples Center is sketchy at night too. 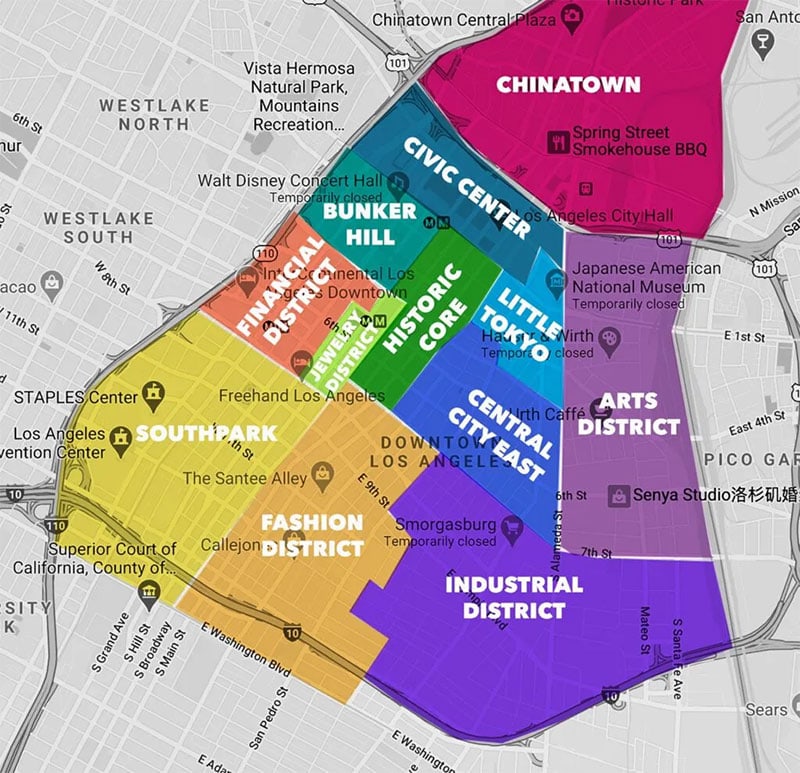 What is the most dangerous areas of Downtown LA? 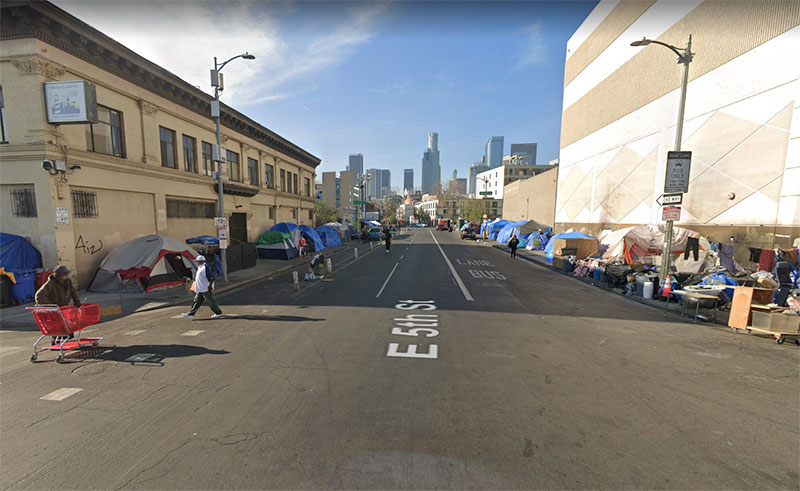 Skid Row is the most dangerous area of Downtown LA and is figuratively hell on Earth.

It is a 54 block area that is bounded by 3rd street, 7th street, Alameda and Main st and has often been named the “seediest place in America”

Skid Row is a lawless sea of homeless people, drug addicts, drug dealers, and people suffering from various mental illness. Crime is rampant, drug use is freely used in the open and their is human waste strewn through throughout the whole area.

It is unthinkable that something like Skid Row could exist in a first world country and there is absolutely no reason you should visit Skid Row. There is nothing to see except for suffering. 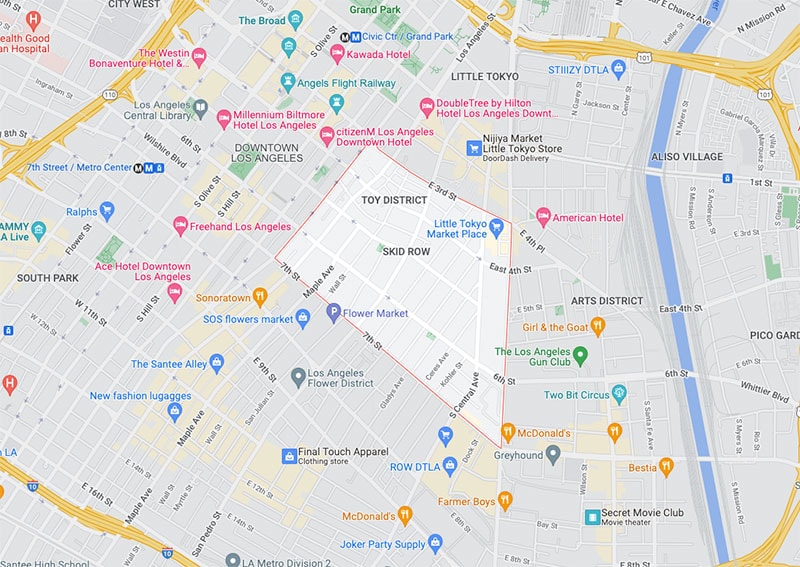 What do residents of Downtown LA say about it’s safety?

Is Downtown LA safe at night?

Downtown LA is generally safe at night as long as you avoid the problem areas and stay in well lit and well populated areas.

You are inviting trouble if you step into the Skid Row vicinity. Make sure you know the boundaries of Skid Row and stay out there.

LA isn’t a great city to not have a car, especially at night. Drive, take an Uber or get a taxi to get to your destination. Do not walk long distances in Downtown at night!

Is Downtown LA safe for a woman?

Downtown LA is generally a safe for a woman traveling alone as long as you stay out of the problem areas and avoid walking far distances at night by yourself.

You should also know how to handle people that sometimes approach you. Don’t engage with people who try to stop you on the street. Just keep walking, say nothing or say "no, thank you."

Is parking in Downtown LA safe?

You are at risk for a break-in almost anywhere you park in downtown. You can minimize the risk by having nothing visible in your car, parking in designated parking garages or lots, or not driving at all and opting for a ride sharing service instead.

Is Downtown LA worth visiting?

Downtown LA is absolutely worth visiting. It is rich with history, architecture, sights, sounds, food and entertainment. And you can definitely have a safe visit as long as you utilize street smarts and stay out of certain areas.