Frontier lands are often associated with the wild west, early settlers stretching out to the new coastline of a growing America.

Before it spread that far, though, America’s border was far more limited. The original frontier, for the early colonies-turned-states was much closer to the eastern seaboard.

Ohio might seem like a state practically on the east coast, but it was once home to frontier outposts, like the one founded in Steubenville, Ohio.

Home to Fort Steuben for ten years already, Steubenville as a city dates back to 1797 when it was founded on the frontier of the American states.

The fort and city were named after a Prussian-born military officer who played a vital role in the American Revolution, Baron von Steuben. Steuben never set foot in Steubenville.

The city prospered with a variety of industries. It was the first to import Merino sheep and was home to the first wool mill in the country.

Steubenville also went on to be a major provider of coal, glass, pottery, and steel. Today, the city is humble compared to its great beginnings.

What is Steubenville, Ohio known for?

Steubenville has had history traipse down its streets in swathes. From post-revolutionary days, through the Civil War, and modern industrialization.

It was once the workplace of Andrew Carnegie who funded the public library that still stands today.

Famous Americans such as Edwin Stanton, Lincoln’s Secretary of War, and Jimmy the Greek, renown sports commentator, hailed from Steubenville.

It was also the birthplace of beloved crooner and comedian Dean Martin.

Steubenville sits on the border of Ohio and West Virginia, with the Ohio River separating the two. It’s barely another five miles to Pennsylvania from there. In fact, the closest, largest city to Steubenville is Pittsburgh, Pennsylvania. It’s about an hour’s drive away. The next closest major city is Akron, Ohio – a two hour drive.

How much does it cost to live in Steubenville?

How hot and cold does it get?

Steubenville is known for hot summers and cold winters. The summers average 82º, but can spike over 100º. In the winter, the average low is 19º but it tends to be closer to 27º through even the coldest days.

Things to do in Steubenville: 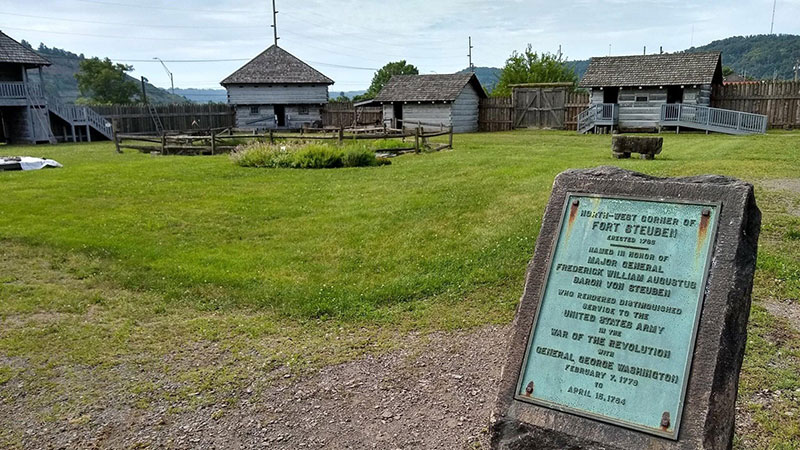 Visit the 18th century landmark, Historic Fort Steuben, the “Gateway to the West.” Ran by a non-profit charity, this museum is a testament to the military fort built for the protection of the Northwest Territory in the early days of America.

The fort has been entirely reconstructed on its original site for historical and educational programs.

Visit the fort and historic buildings, view artifacts in the Exhibit Hall, and enjoy cultural events in the ampitheatre built right outside the fort. 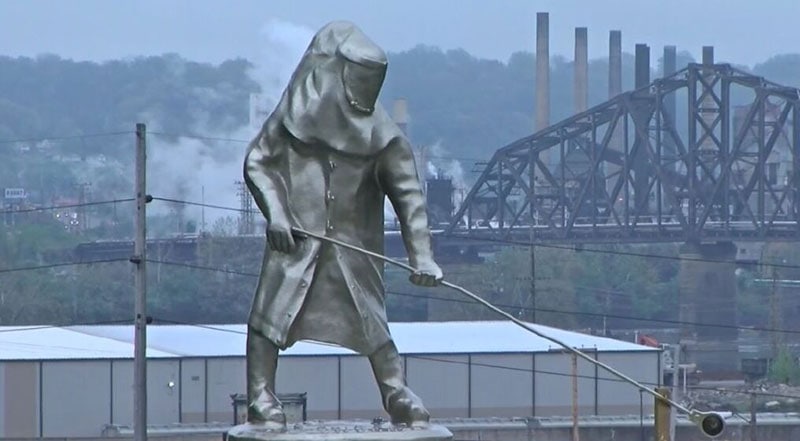 The Ohio River was a lynchpin in the steelworking industry, providing a trade route for the integral craft in early America.

The industry began its flourishing trade around 1856 and provided jobs to many hundreds of local residents.

The statue across from the public library on 4th street immortalizes this history of the town in the shape of a steelworker pouring molten steel.

Further up 4th Street, a mural dedicated to the same history stretches over 90 feet in length.

It is a technicolor depiction of steelworkers on break while business carries on behind them. Both pieces of art capture the local history of the town.

Blocks away from the Ohio River, Downtown Steubenville is replete with charming small businesses, historic sites, and cultural and artistic markers.

Start the day with a full breakfast at Pee Dee’s Brunch & Bar or opt for lighter fare at Leonardo’s Coffeehouse.

Then, wander along 4th Street, seeking out the many murals that are painted on the sides of buildings.

Pop into the independent bookstore, Book Marx, or wander through the Farmers Market if it’s Thursday.

Try and count your way along the 11 historical markers throughout Downtown or find the 17 churches dotted throughout.

Finish your day at one of the many worldly restaurants – there’s Italian, Greek, Chinese, American, and more.

Beatty Park is a place of rest in two levels. Originally the Union Cemetery, it’s a historic graveyard dating back to the mid-1800s that features a Civil War memorial and has been added to the National Register of Historic Places because of it.

Since that time, the land has been a non-profit entity. Today, its incorporated lands are known as Beatty Park.

The park has become a place of rest for those looking for a relaxing hike through natural beauty.

A one and a half mile trail loops through the park, ideal for hiking, running, or dog walking. 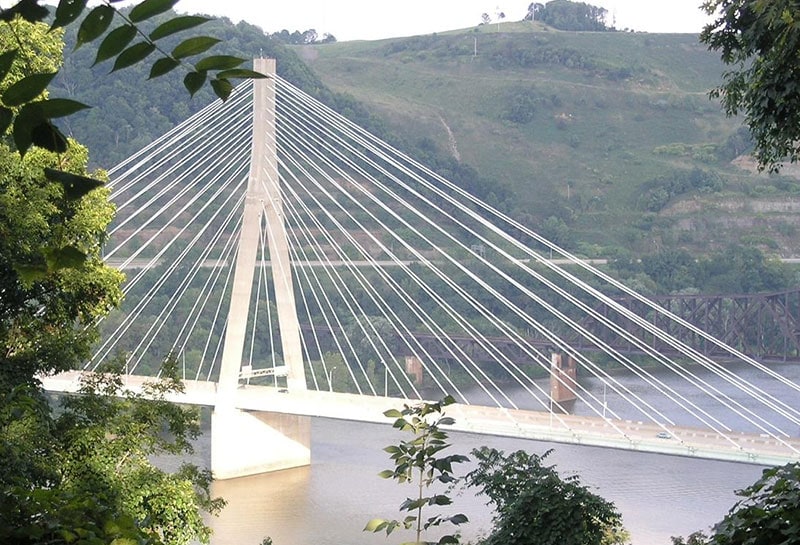 Spanning the grand Ohio River, the Veterans Memorial Bridge is an engineering feat that has been in the works since the 1960s.

Construction didn’t start until the ‘70s, however, and the bridge didn’t open to traffic until 1990.

It’s a modern architectural feat whose wishbone design and sleek cable system sets a dramatic picture against the lush backdrop of the riverbanks.

This integral piece of infrastructure connects Steubenville to East Steubenville, and Ohio to West Virginia. It spans 820 feet long and offers the only major river crossing for miles around.

A popular name for societies throughout the U.S., this Jefferson County Historical Association is a museum dedicated to preserving the history of this eastern Ohio county.

Since 1976, they have maintained a collection of hundreds of artifacts from as early as the 18th century through present day.

You can visit the first floor’s 19th and 20th century antiques, or wander up to the Children’s Room on the third floor which preserves the typical childhood of the 1800s.

This museum sets itself apart from others as, beyond their museum and exhibits, they are also home to a chapter of the Ohio Genealogical Society, helping to collect and maintain records of local residents and genealogical material. 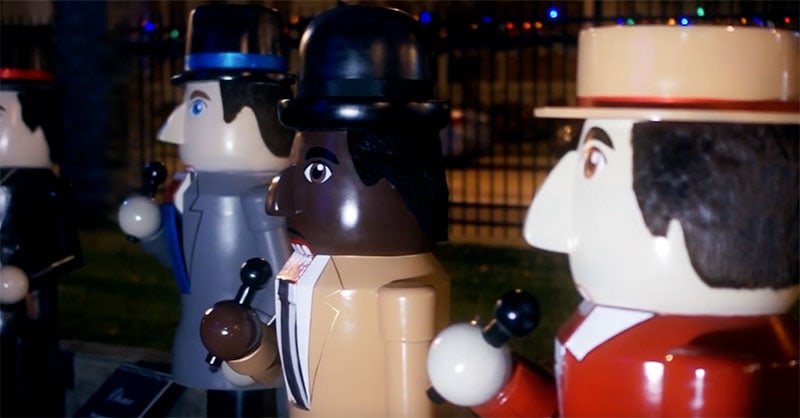 Since 2015, Steubenville has been home to an annual, festive affair. The Steubenville Nutcracker Village started as a display of life-size nutcrackers in a few shop windows, grew to an exhibit at Historic Fort Steuben, and now numbers 180 nutcrackers strewn throughout Historic Downtown.

You can choose to drive through the display or park up (free, unlimited parking through the holiday season!) and wander your way from piece to piece.

The organizers even made a helpful map to guide you. The village starts at the end of November and continues through the first week of January every year.  (However, you can visit Drosselmeyer’s Nutcracker Shoppe year ‘round.)

Below Steubenville sits Fernwood State Forest: 3,023 acres of land that had originally been strip mined for coal.

Since 1965, the government has worked to rehabilitate the land into a healthy forest for outdoor recreation.

The forest is home to the Fernwood State Forest Land Lab that works to promote natural resources and environmental education.

There are miles worth of hiking trails to explore, offering scenic vistas of the forest, picnicking sites, and 22 campsites.

Both fishing and hunting are permitted, with three shooting ranges not far from the Hidden Hollow Campground. 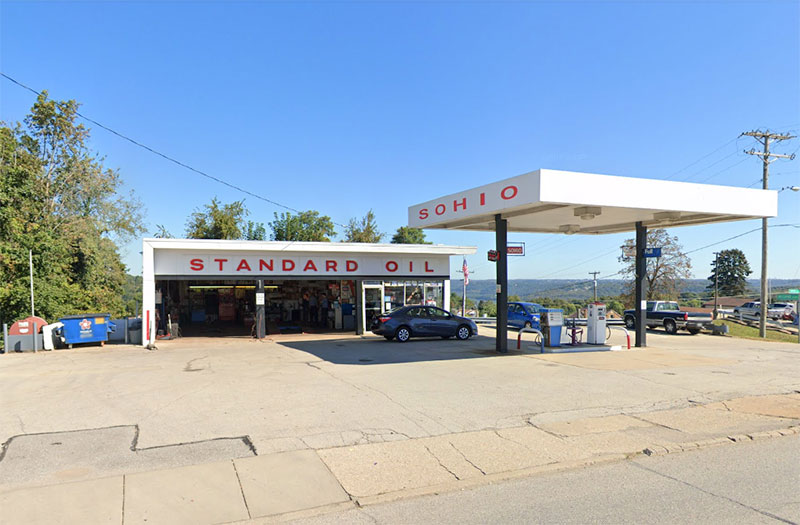 A testament to the way industrial Middle America turned into a modernized, open-road dream, the Sohio Museum in Steubenville has been fully refurbished to echo its past.

At its height, this Sohio station saw the dawn of self-service and the first (of many, many more) price hike of gas, bringing the commodity over $1 per gallon.

In the early ‘90s, Sohio became BP who bought out the brand and changed many branches. In 2011, though, the gas station was reborn into a free museum full of hundreds of pieces of memorabilia to honor the last era.

The museum has been renovated to resemble the original ‘70s design. 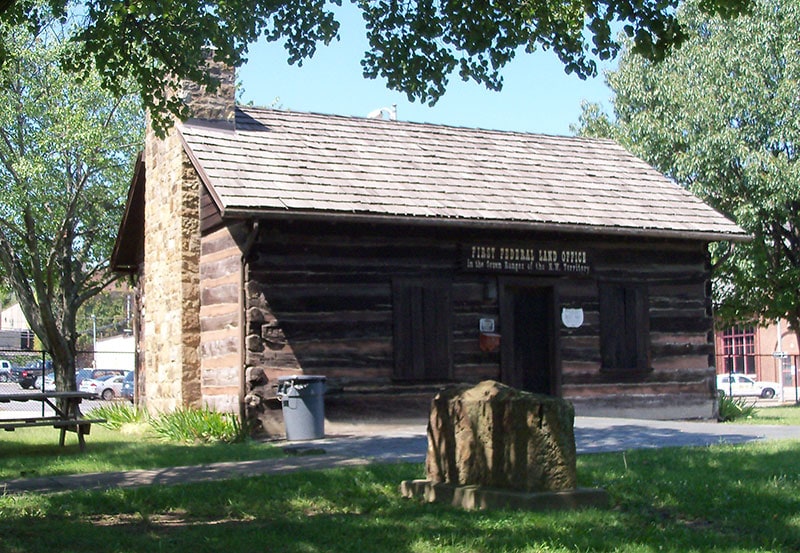 Part of the greater Historic Fort Steuben complex, the Federal Lands Office dates back to 1800.

It was the first of such offices in the country, serving to register land grands and deeds at a time when our young country was still expanding greatly.

The office today is decorated with decor and furniture from its founding period; a trunk belonging to 9th president, William Henry Harrison; and other daily life ephemera from the time.

The Federal Lands Office is also home to the town’s original Court House Bell which was cast in 1873. It is a testament to the final frontier of the period, before the wild west came into American history.