Located just 45 minutes north of San Diego, Oceanside is a charming beach town that flies under the radar of most travelers. In the last 10 years the city has undergone a radical transformation that has infused the city with a vibrance that is has never seen before.

If you are thinking about visiting Oceanside and have qualms about the safety of the city, we got you covered. We deep dived into the statistics, crime rates and talked to the residents of the city to give you a better understanding of how safe the safe the city really is. 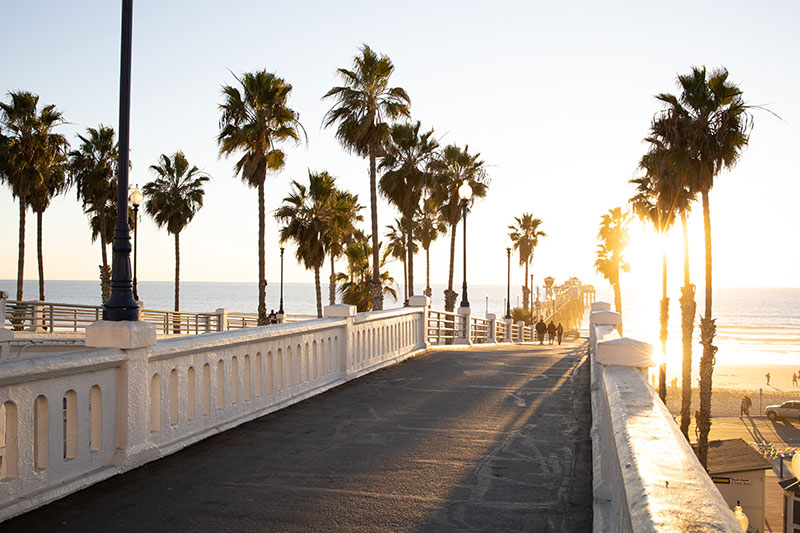 Statistically speaking, Oceanside is a safe city as indicated by its crime rates. In 2021, Oceanside had a violent crime rate of 444.55 per 100,000 residents, which is 12% higher than the national average. Oceanside’s crime rate is similar to cities like cities like Anaheim, San Diego and Austin.

The most recent, complete set of crime statistics comes from the FBI UCR and cross referenced with the Oceanside PD and are for 2020 and 2021:

You have a 1 in 225 chance of becoming a victim of violent crime in Oceanside.

Here’s a graph showing you how violent crime has trended in Oceanside in the last 12 years. 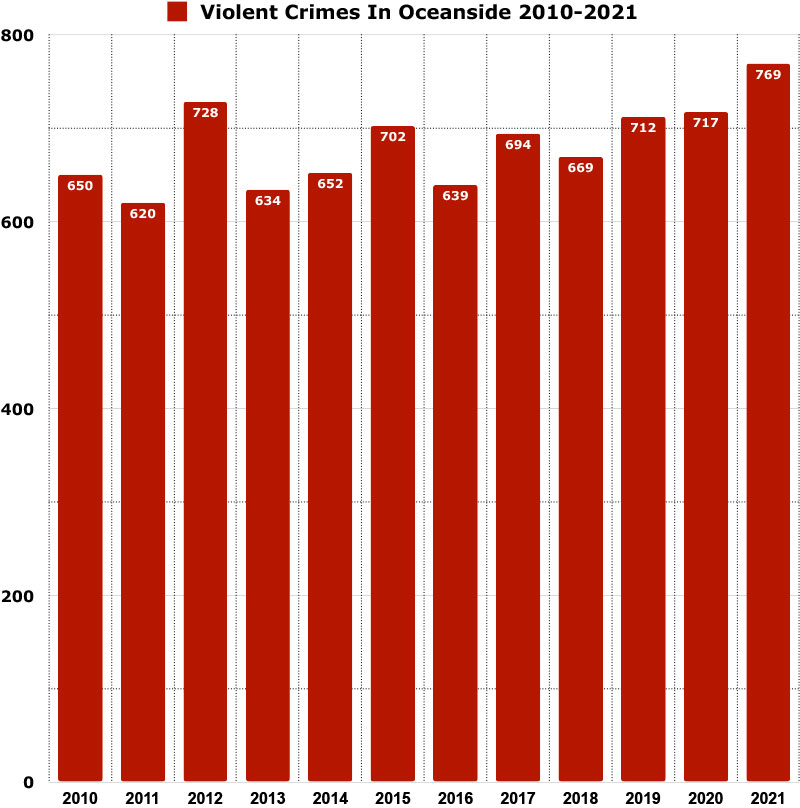 You have a 1 in 51 chance of becoming a victim of property crime in Oceanside.

You have a 1 in 28,830 chance of becoming a victim of murder in Oceanside.

Here’s a map showing you all the locations of violent crime (homicides, robberies and sexual assaults) in Oceanside from 1/1/2022 – 6/15/2022 via CrimeMapping 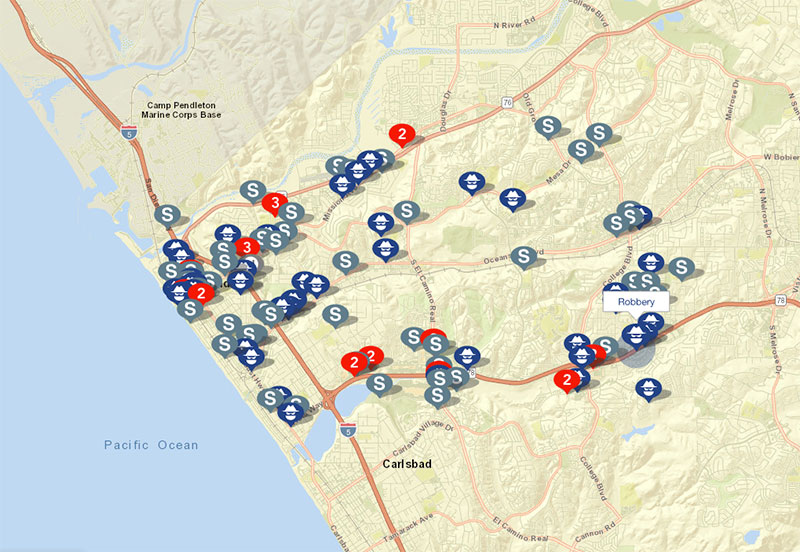 Oceanside’s crime rate vs other cities in California (2020)

Here’s how Oceanside’s crime rate compared to other cities in California. Oceanside had a similar crime rate to Bakersfield and San Jose. 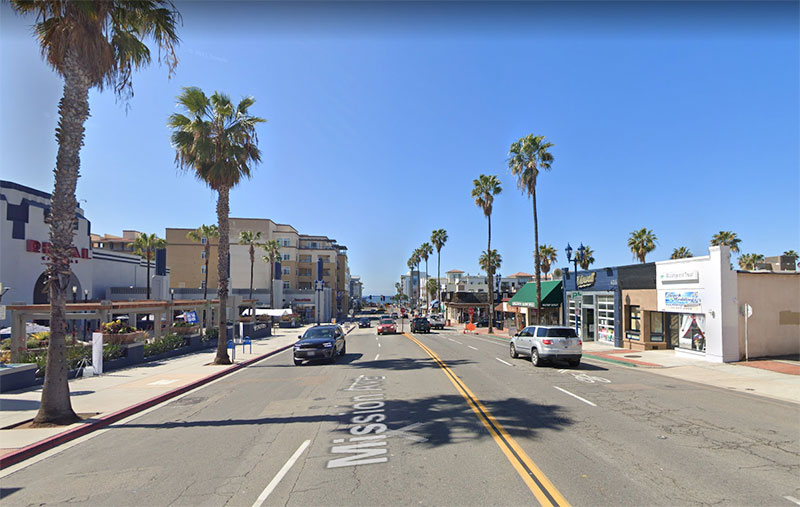 Downtown Oceanside is generally a safe area during the day and at night. There are a lot of good options for restaurants, bars and shopping, which are all in walking distance of each other and there is usually a good amount of people and police around.

The only thing you really have to be concerned about is some drunk idiot coming out of a bar and trying to start a fight.

Is the public transportation in Oceanside, CA safe?

The public transportation system in Oceanside is handled by the North County Transit, which offers many routes that interweave throughout the entire city.

The NCT is generally a safe option to use during normal commuting areas (6am – 7pm). Outside of those hours, we recommend that you take a taxi or use a ride sharing service to get around town.

Is Oceanside, CA safe at night?

Is Oceanside safe for a solo traveler?

Oceanside is safe for all travelers, including female solo travelers!

If you visit Oceanside alone you’ll be plenty safe if you practice common sense when it comes to safety (i.e. avoid walking alone at night, locking up your vehicles, and keeping an eye on your things belongings).

What do residents of Oceanside say about it’s safety? 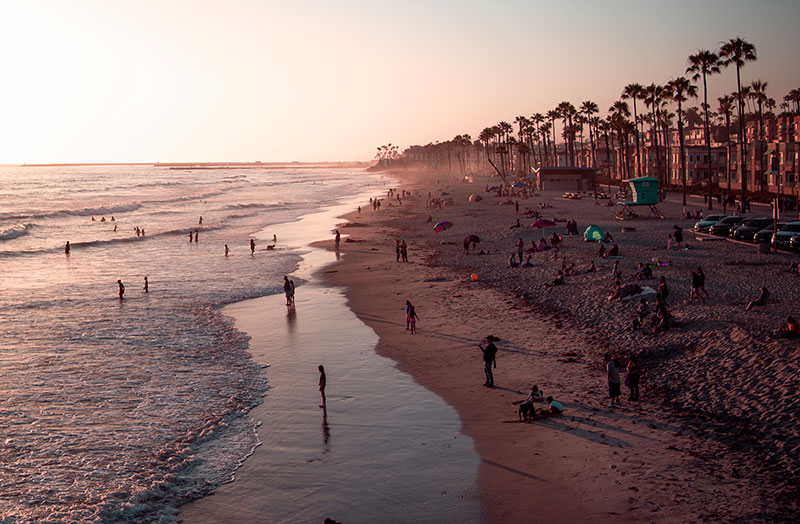