If you are thinking about visiting Moreno Valley and have qualms about the safety of the city, we got you covered. We deep dived into the statistics, crime rates and talked to the residents of the city to give you a better understanding of how safe the safe the city really is. 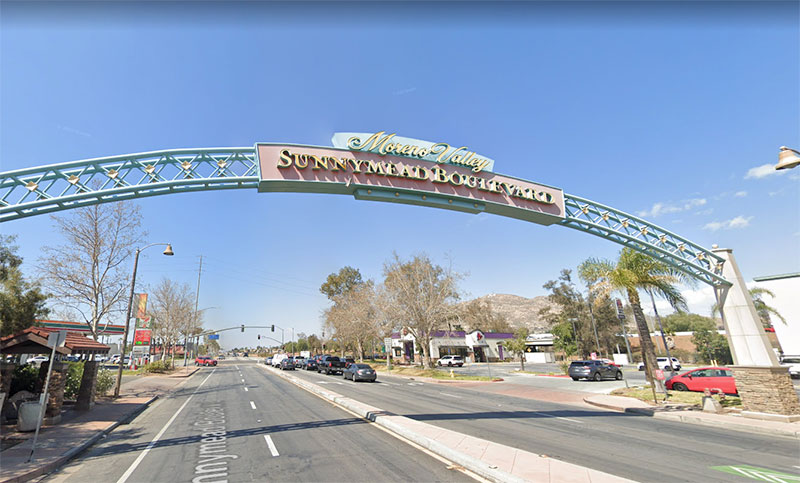 The most recent, complete set of crime statistics comes from the FBI UCR and cross referenced with the Moreno Valley PD and are for 2019 and 2020:

You have a 1 in 251 chance of becoming a victim of violent crime in Moreno Valley.

Here’s a graph showing you how violent crime has trended in Moreno Valley in the last 11 years. 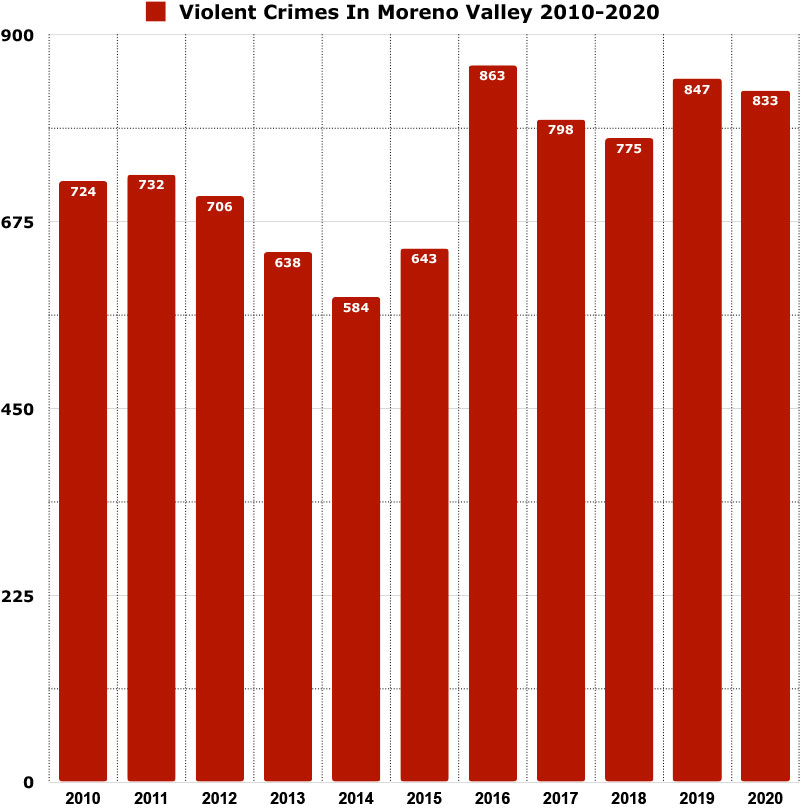 You have a 1 in 41 chance of becoming a victim of property crime in Moreno Valley.

You have a 1 in 12,286 chance of becoming a victim of property crime in Moreno Valley. 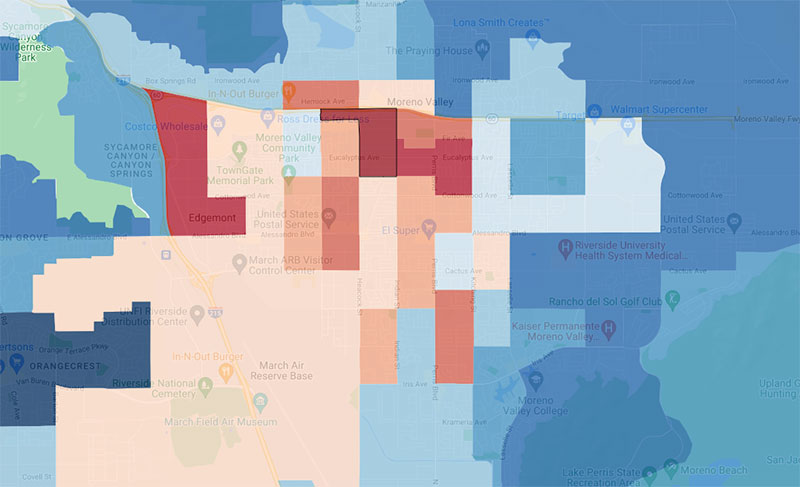 Moreno Valley’s crime rate vs other cities in California (2020)

Is the public transportation in Moreno Valley, CA safe?

The public transportation system in Moreno Valley is handled by the Riverside Transit Agency (RTA), which offers many routes that interweave throughout the entire city.

The RTA is generally a safe option to use during normal commuting hours (6am – 8pm). Before and after these hours, we recommend that you take a cab or use a ride sharing service.

Moreno Valley is safe at night as long as you avoid walking through the sketchy areas. You should also stay in well populated and well lit areas at night. Walking through desolate areas late at night is a recipe for failure.

What do residents of Moreno Valley say about it’s safety?