If you are thinking about visiting Mesa and have qualms about the safety of the city, we got you covered. We deep dived into the statistics, crime rates and talked to the residents of the city to give you a better understanding of how safe the safe the city really is. 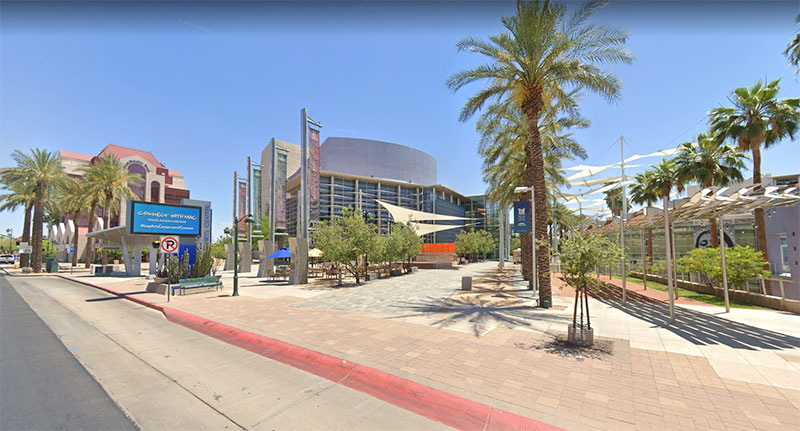 Although Mesa has a spotty reputation among residents of the Phoenix area, if you just look at the statistics, Mesa is a safe city. In 2021, Mesa had a violent crime rate of 395.51 per 100,000 residents, which is on par with the national average and similar to cities like Austin, San Jose and El Paso. Out of the 100 most populous cities in the United States, Mesa’s had the 29th lowest crime rate.

The most recent, complete set of crime statistics comes from the FBI UCR and cross referenced with the Mesa Police Department and are for 2020 and 2021:

You have a 1 in 253 chance of becoming a victim of violent crime in Mesa.

Here’s a graph showing you how violent crime has trended in Mesa in the last 11 years. 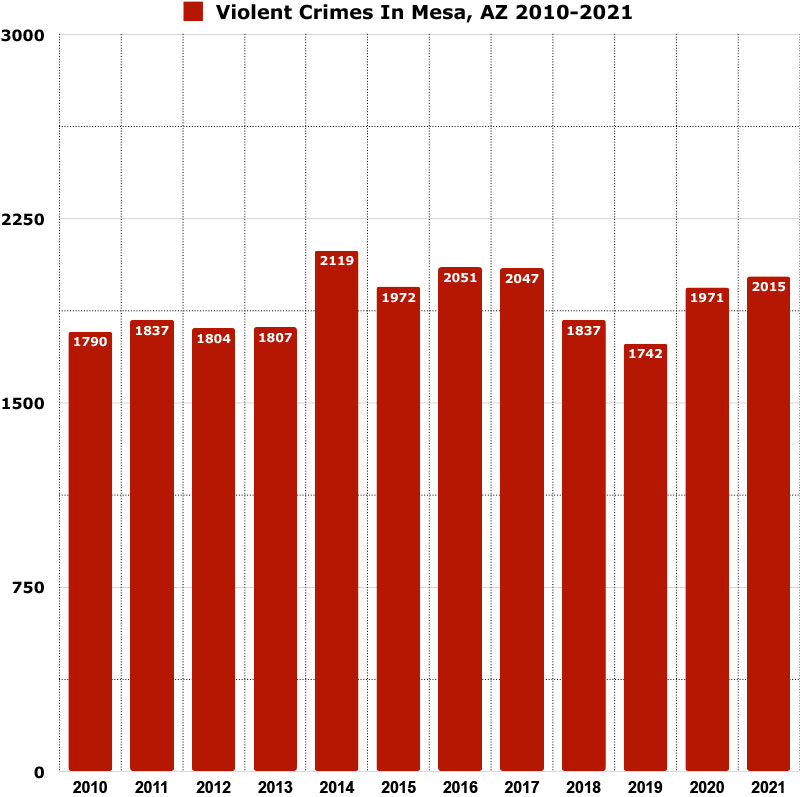 You have a 1 in 51 chance of becoming a victim of property crime in Mesa.

You have a 1 in 21,228 chance of becoming a victim of property crime in Mesa.

Areas to avoid in Mesa, AZ

The sketchiest part of Mesa is west-Mesa, in the area that is bounded north of the 60, east of the 101, west of the 87 and south of the 202. The area is outlined in red in the map below. 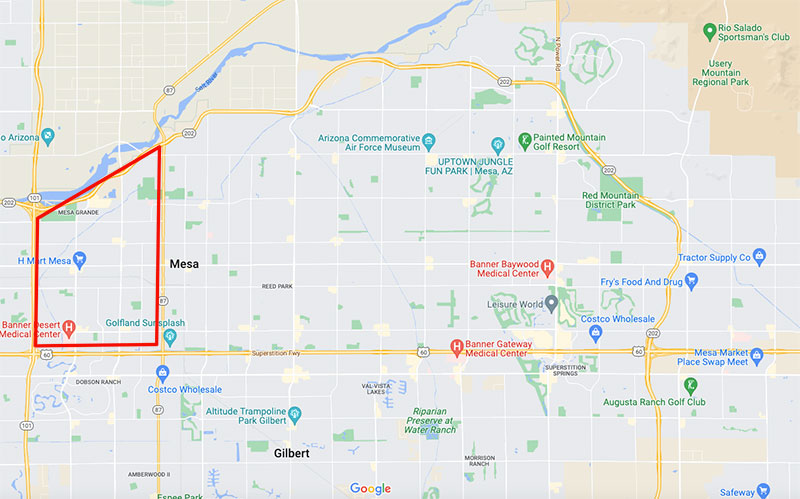 Here’s a list of the top 23 most dangerous cities in the United States ranked by violent crime rates. Mesa had a significantly lower crime rate than all cities listed below.

Downtown Mesa used to be a rough area that was just filled with motels that were popular with drug addicts and transients, but it has been going through a revival over the past decade and has seen an influx of investment and attractions including museums, arts centers, theaters, an amphitheater, restaurants, breweries and much more.

It is generally a safe area during the day and at night, as the area is well populated, with everything being in walking distance of each other.

Is the public transportation in Mesa, AZ safe?

The public transportation system in Mesa is handled by the Valley Metro, which offers many routes that interweave throughout the entire city.

The Metro is generally a safe option to use during normal commuting hours (6am – 7pm). Outside these hours, we recommend that you find a different mode of transportation.

Is Mesa, AZ safe at night?

Mesa is generally a safe city at night as long as you avoid the sketchy areas. At night you should always stay in well populated areas and avoid walking through alleys or desolate areas. And as a woman you should also avoid walking far distance by yourself at night.

What do residents of Mesa say about it’s safety?