Notoriously late to clearing up the mess that was Prohibition, the state of Oklahoma never fully ratified the 21st Amendment.

In 1959 the state limited alcohol sale and production to beverages maxing out at 3.2% ABV. It wasn’t until 1984 that Oklahoma allowed “liquor by the drink,” becoming the penultimate state to relent, and it wasn’t until the shockingly late 2010s that brewers beat the 3.2% max law.

Because of this history, recent years have seen a huge upswing in craft breweries throughout the state. Today, the second largest city boasts some great examples of the craft.

Here are the best breweries in Tulsa: 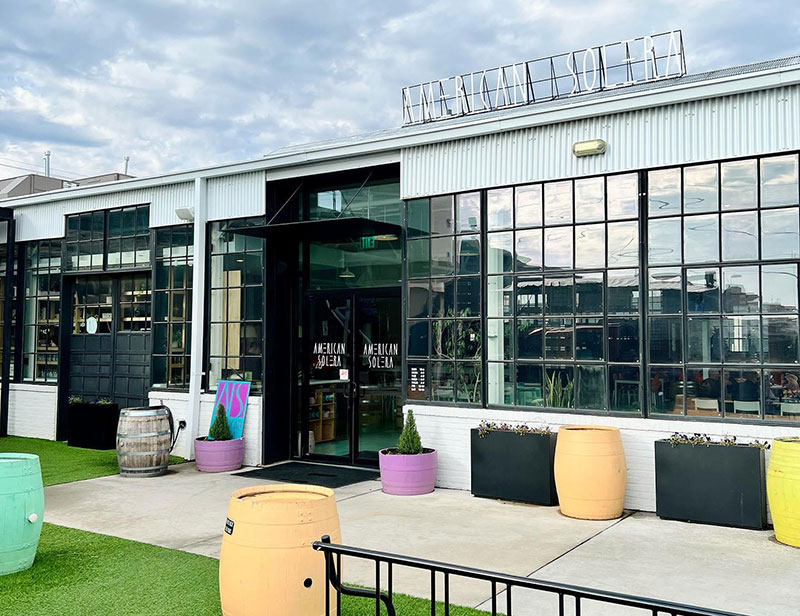 American Solera first set out on their cosmic flavor voyage in 2016. Since its inception, this voyage has focused on hoppy, crispy, and funky flavors.

The American Solera taproom opened three years later. Since 2019, this light and airy space has welcomed drinkers to indulge in their house brews as well as get messy with the finger-licking good burgers from Bub’s Burgers, their regular food truck. 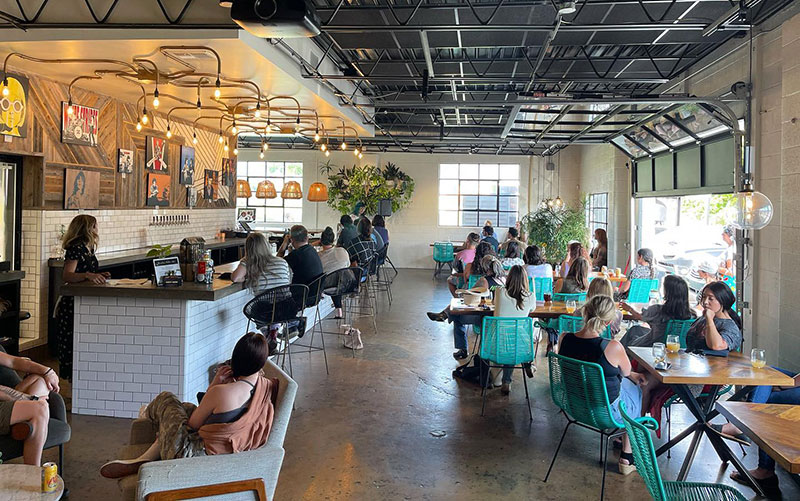 Heirloom is all about the slower pace of life some admire about the past. They’re in no rush to get things done, preferring to produce high-quality beers that make you want to stay and sip a while.

They brew all of their beers in small batches, so there’s no element of mass production about the business. They’re simple and affordable.

Their taproom carries the rustic Heirloom vibe through vintage furniture pieces and a recycled wood and tile backsplash behind the bar.

They serve their beer from the twelve taps behind the bar. Along with trivia, comedy, and poetry nights, Heirloom also hosts guest food trucks.

Take your sweet time digging into a rack of ribs from Killer Wail BBQ. Game night? They’ve got a giant projector to watch on. 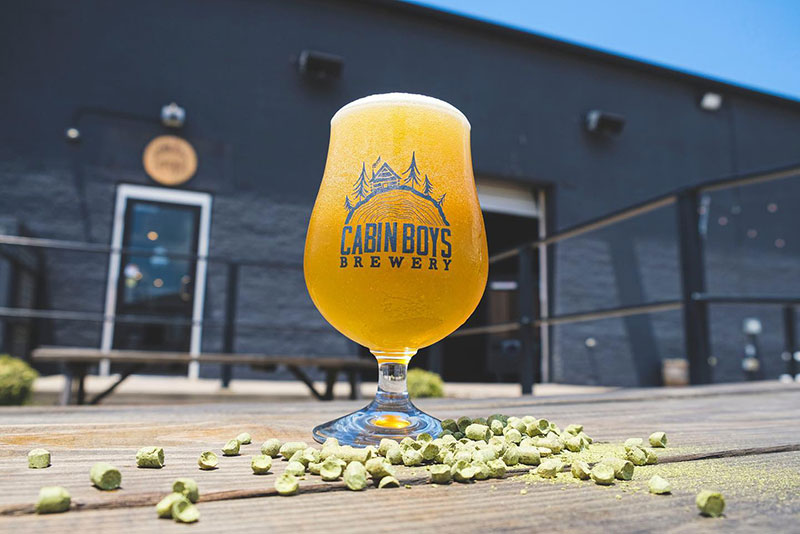 Cabin Boys serve thirteen of their beers at a time in their taproom. There, you can enjoy the usual taproom events like live music, trivia, and brewery tours, but the Cabin Boys offer even more: DIY craft sessions, cookie decorating classes, beer yoga, and more. 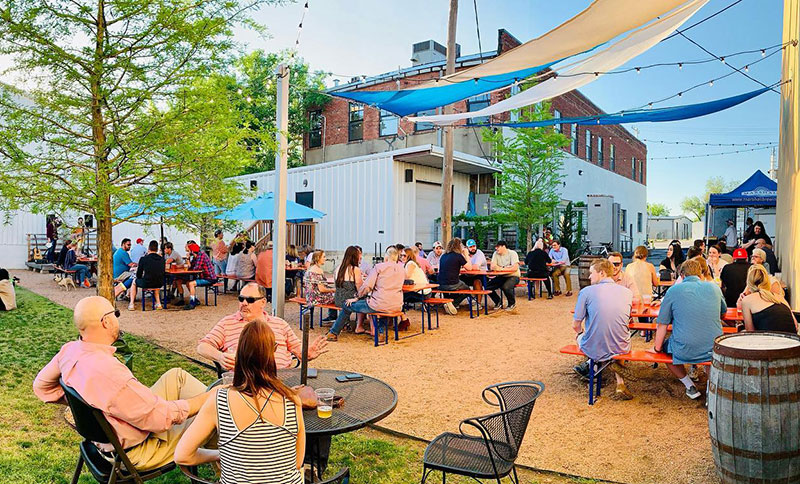 A veteran compared to its neighbors, Marshall Brewing Company has been producing craft beer since 2008. With almost ten years more experience under their belts, they work to maintain the position of Oklahoma’s premier craft brewery.

The owners have been involved in beer-related legislation, helping ease the livelihood of craft breweries in Oklahoma. Along with their campaigning for the industry, the Marshalls brew year ‘round, seasonal and barrel-aged beers. Their regular line-up goes beyond the usual IPA-heavy crew.

The taproom at Marshall is in a beautiful brick building that also boasts an outdoor biergarten. Their entire space is both kid and dog friendly, so the whole family can go enjoy.

For those old enough to indulge, there are 24 beers on draft from your usual suspects to some heavy hitters. Choose one of their pre-set flights to taste a range.

Haven’t had enough yet? They’ve got boozy jerky on the menu! Snack on a bag seasoned by their own brews. 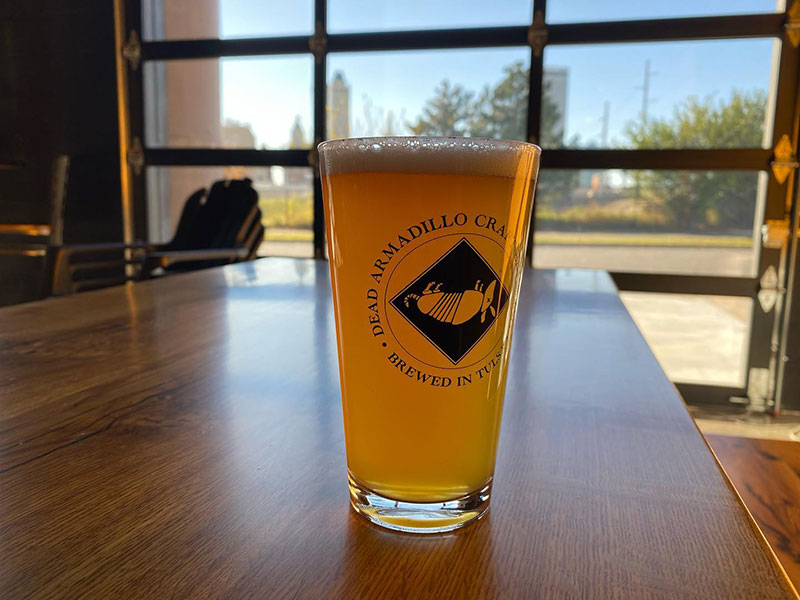 Since 2013, Dead Armadillo Craft Brewing has operated off the beaten path. Or, actually, right in the path of traffic. Morbid jokes aside, this brewery takes its name and its logo from a far-too-common regional sight.

From their branded pint glasses to their flagship amber ale – even the tire track design features on their website and coffee oatmeal stout can – they lean into their theme. In fact, they even call their taproom the Boneyard.

If the theme hasn’t put you off, you can visit the Boneyard and pick one of the 12 beers they have on draft inside, with another 8 taps in the biergarten.

Deck yourself out in Dead Armadillo gear – literally. They have brewery merch from shirts to hats to glasses all with, you guessed it, dead armadillos spangled across ‘em all.

Don’t have time to visit the one in town? Tulsa Airport is now home to the Tarmac Taproom where you can have a cold one before your flight. 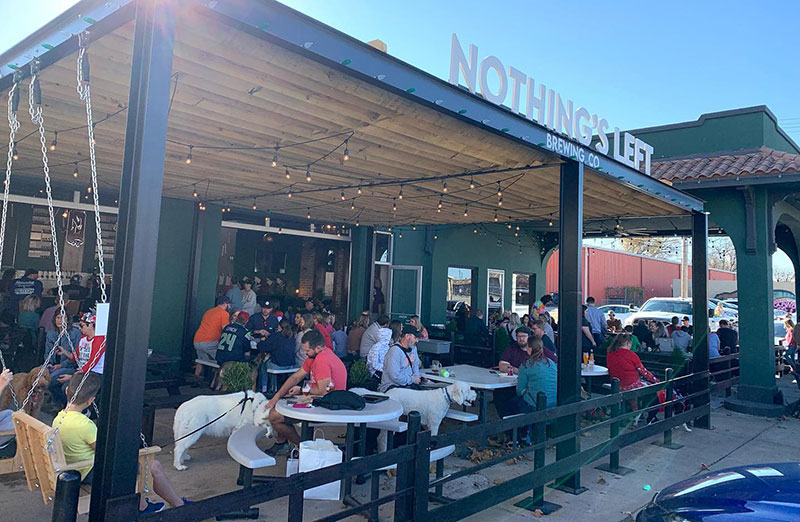 Variety is the spice of life and when nothing’s left, everything’s right. At least according to Nothing’s Left Brewing Co. They pride themselves on using interesting ingredients in their local brews.

It’s hard to argue when this small-batch brewery comes up with beers that are green in color or inspired by Skittles and gummy worms.

The neon sign on the back wall of the Nothing’s Left Brewing Co. taproom reads “just trust us,” and that’s exactly what we think you’ll do. Compared to their wacky flavors, the taproom at Nothing’s Left is chic and subdued.

You can enjoy your drink inside and out. When it’s really hot, cool off with one of their beer slushies or even just a classic popsicle.

A family run business, High Gravity is a brewery and home brew shop, producing delicious professional craft brews and inspiring you to make your own at home.

While their head brewer has a penchant for NEIPAs, the founding couple do try to persuade him to brew other styles from time to time. While their name implies high ABVs, their beers range from a manageable 4.25% up to a super high 11.5%.

You can take on one of their twelve beers currently pouring in Pippin’s Taproom, named in honor of the beloved family parrot.

The space is great for everyone to enjoy, even the little ones. They host regular events, including karaoke nights.

They also host homebrewing classes – a useful start before checking out their shop and stocking up! 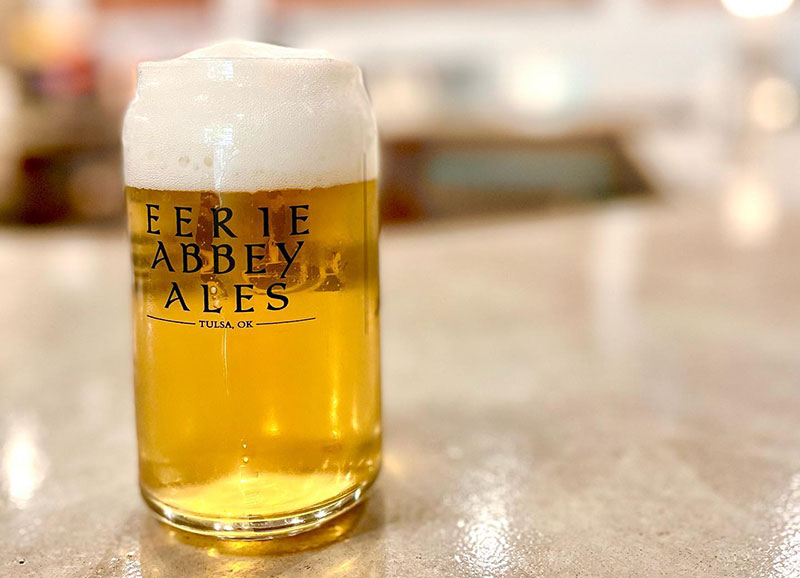 In case the name didn’t tip you off, Eerie Abbey Ales has a distinctly European theme. From their dedication to Belgian-style abbey ales to their offshoot Daughter House, a term traditionally given to abbeys’ second locations.

Though Daughter House has an abbey-themed name, they’re actually Eerie’s excuse to brew some more mainstream styles. While you can enjoy an APA or DDH West Coast IPA, we’d recommend starting with their Belgian styles for an alternative experience from your usual craft brewery.

Their taproom may not be a centuries old abbey with incense burning throughout, but it is a holy place to indulge in centuries-old curated flavors.

They have 16 beers on tap to choose from and all the flagship ales tend to have a name that hints at the Eerie theme. New to the flavor profile? They have Belgian style guides to help lead you through tasting these age-old brews. Be warned: they’re all on the heavier side. 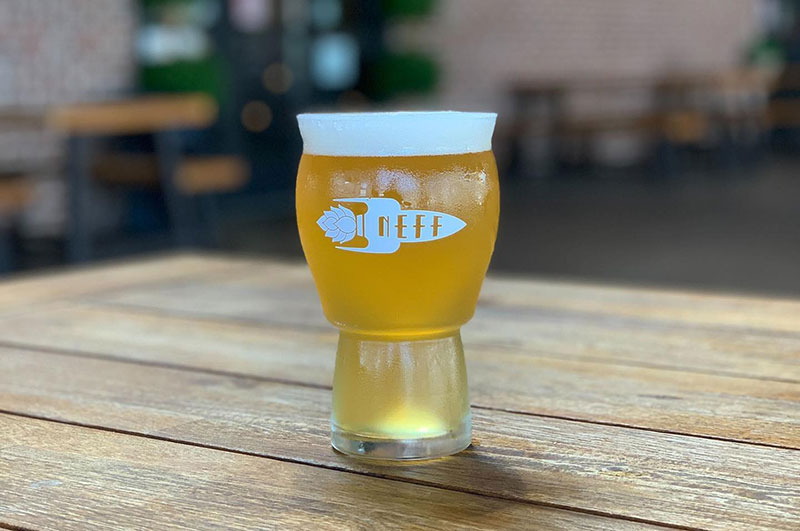 In the middle of Downtown Tulsa, in a historic building called The Dock, NEFF Brewing landed in 2018. They work to push the limits of culinary and brewing science, housing their production brewery and brewpub in one, art deco-themed building.

Their beers (and food) have won awards, a particular accomplishment given the fact that all of their beers are always gluten free.

Their beer list is broken down by style, to help guide you towards the perfect drink. They also have rotating seasonal choices, so be sure to keep an eye out for something new. Feeling peckish? They have a menu loaded with bar classics like boneless wings and fish and chips.

On the weekend, they serve brunch. Everything you can order is gluten free and they also offer dairy-free options.