Coney Island is a classic American seaside town that is famous for its boardwalk, its pier, its amusement park and for being the location of the original Nathan’s Hot Dog. 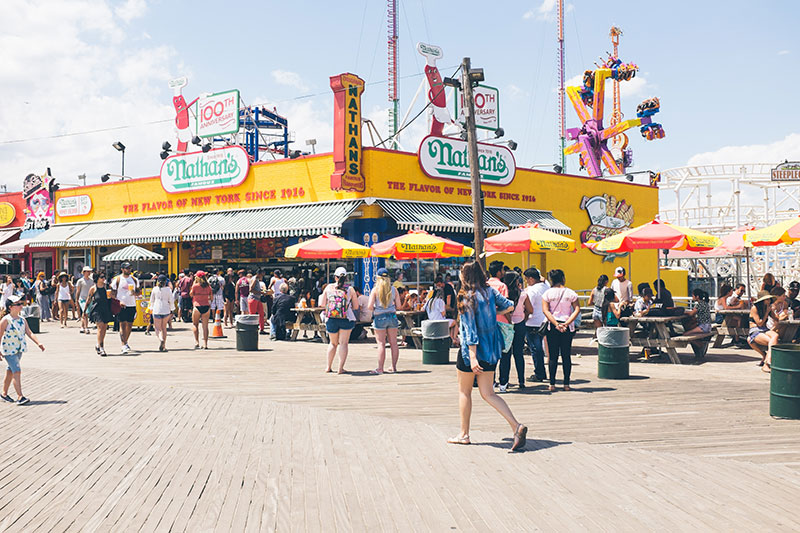 Coney Island is safe to visit now, but only during the daytime. However, it is not the safest place to visit at night. There is less people in the area and the environment can get sketchy.

As long as you stay in the tourist attraction areas (Boardwalk, Luna Park), you shouldn’t have any problems. It is when you stray outside those areas and into the neighborhoods, that you put yourself in a less than ideal situation, especially at night.

What do residents of Coney Island say about it’s safety?

Is Coney Island Safe For A Woman?

Coney Island is safe for a woman as long as visit during the daytime and know how to handle people that sometimes approach you.

Don’t engage with people who try to stop you on the street. Just keep walking, say nothing or say "no, thank you."

Is Coney Island Safe For Families?

Coney Island is safe for families during the daytime and on the weekends when it is crowded. Avoid walking around late at night and stay in well populated areas and you should be fine.

Is Coney Island Safe At Night?

Coney Island is not the safest place at night, especially in the areas outside of the tourist attractions. You should stay in well populated areas at night and avoid walking through alleys, desolate areas and through the the neighborhoods.

Is Coney Island Worth Visiting?

Coney Island is worth visiting during the DAYTIME and during the summer when its more lively. If you are just there just for the beach, Brighton beach, just east of Coney Island, is a better beach that is cleaner, safer and less ‘ratchety’.

It’s also worth mentioning that Coney Island is not a place where people vacation at. It’s not a place to rest and rejuvenate.

It’s more of a day trip destination, where you go to the beach, check out the boardwalk, check out the aquarium, see a baseball game, go to Nathans and then take off.

There is not much else going on in the area and it’s also not the safest place in terms of crime.

Is The Coney Island Boardwalk Safe?

The Coney Island Boardwalk is safe to visit during the daytime. Late at night, there is less people around the people that are around, can be a bit shady.

Areas to avoid in Coney Island

The further west you go, the more sketchy the neighborhood becomes. A good rule of thumb when visiting Coney Island is to stay stay east of Stillwell Ave and in the touristy areas.

There is not much going on outside of the tourist areas and the neighborhoods around Coney Island are not the safest places to visit. 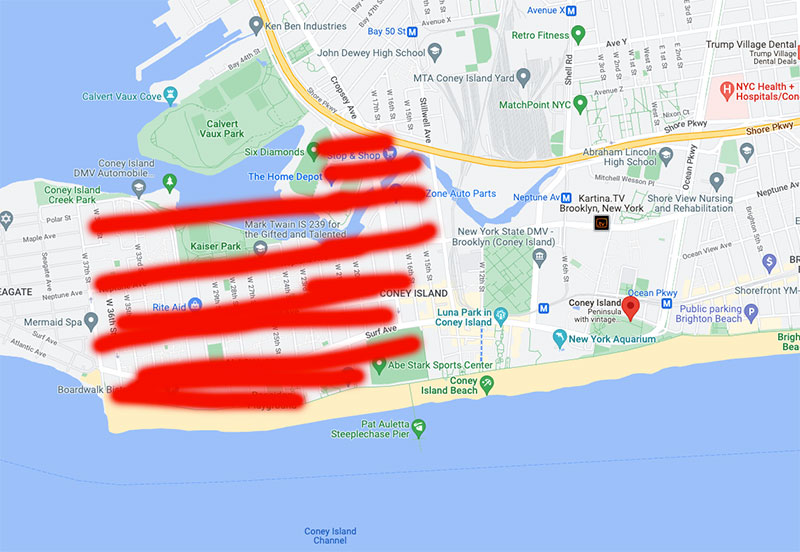