If you are thinking about visiting Rockford, Illinois and have some qualms about the safety of the city, we got you covered.

We are going to deep dive into the statistics, look at some maps, graphs and talk to the residents of the city to give you a better understanding of how safe Rockford really is. 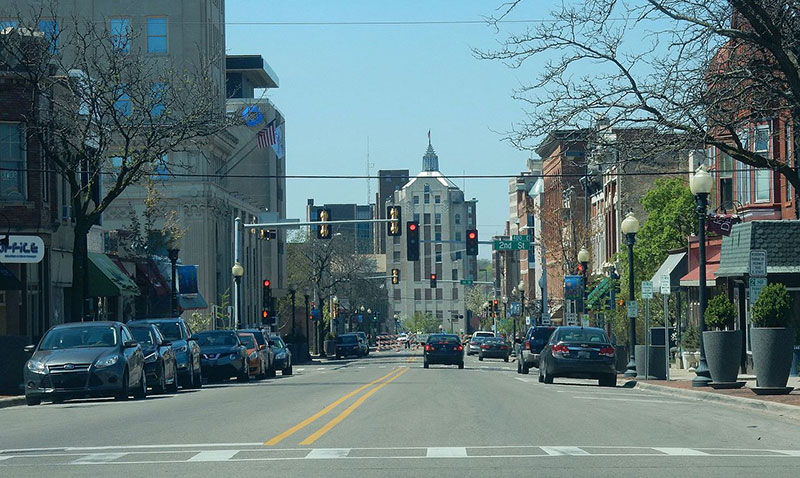 Statistically speaking, Rockford is not the safest city to visit. It consistently ranks as one of the most dangerous cities in the United Stats and in 2021, Rockford had a violent crime rate of 1,496.16 per 100,000 people. Rockford’s crime rate is nearly 4 times greater than the national average. 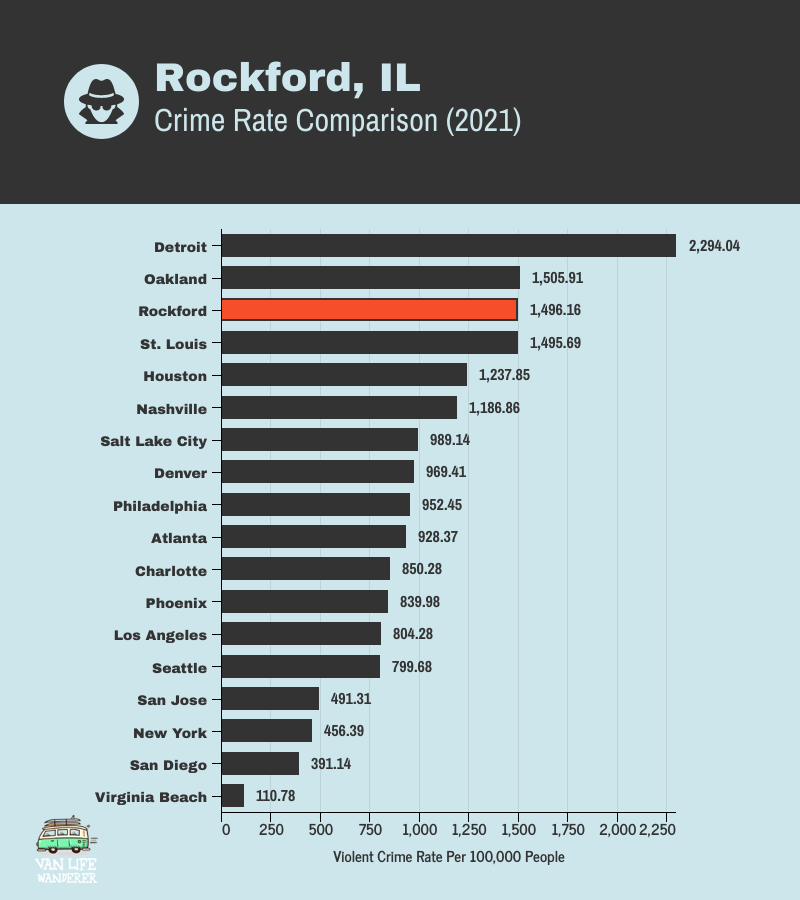 Here’s a graph showing you how Rockford’s crime rate compares to other major U.S. cities. 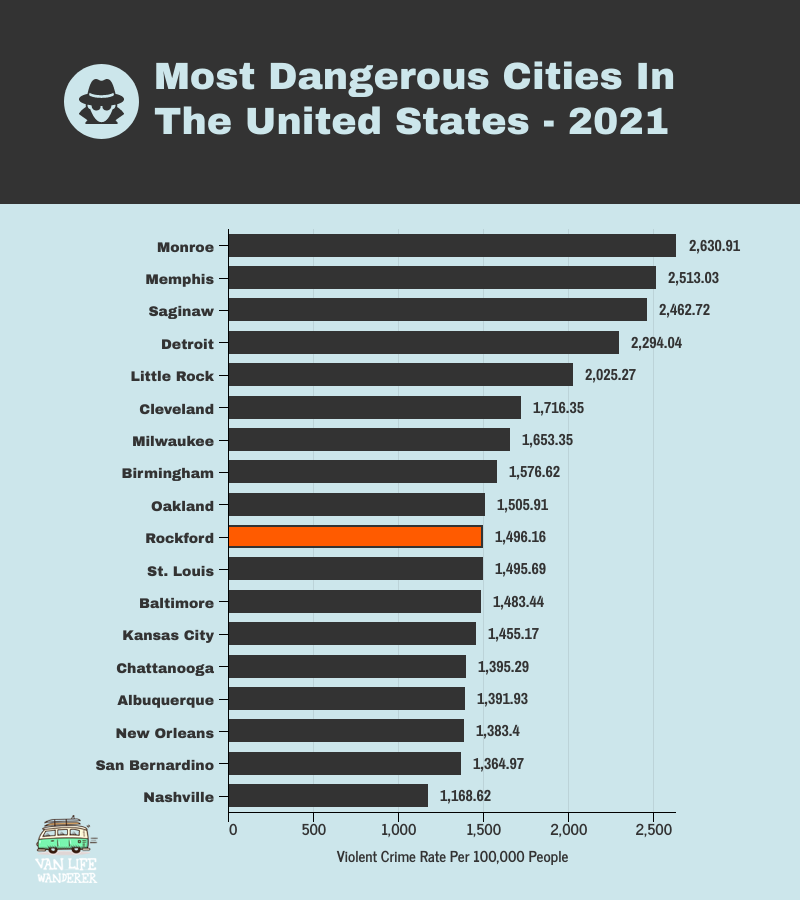 Here’s a graph showing you how Rockford’s crime rate compares the most dangerous cities in the U.S.

Here’s a graph showing you how violent crime has trended in Rockford over a 12 year period. 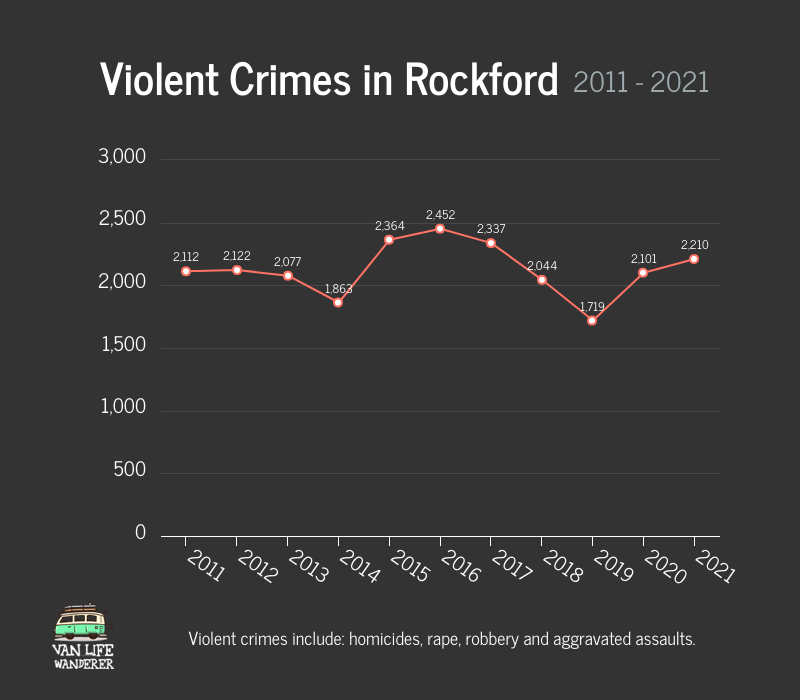 Here’s a graph showing you how murders has trended in Rockford over a 12 year period. 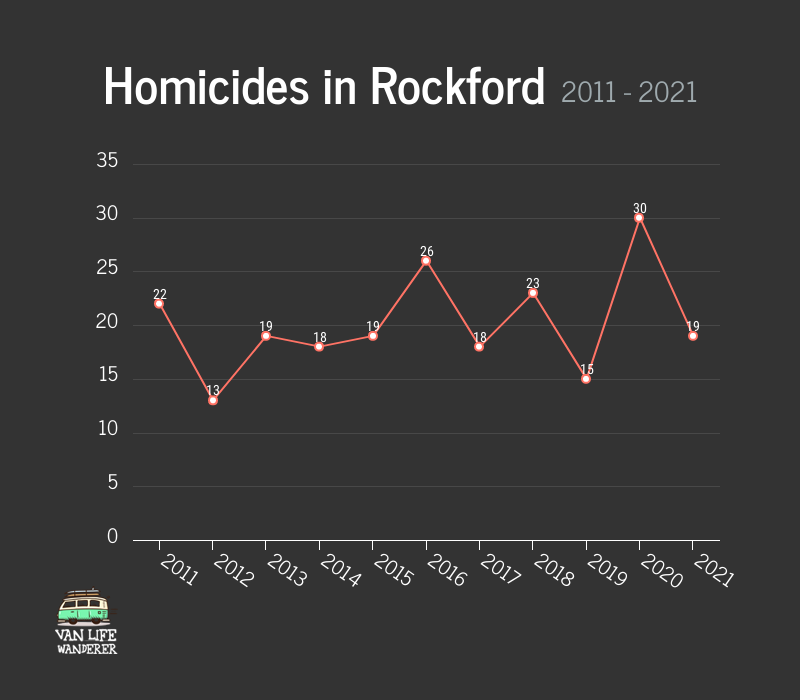 Here’s a graph showing you how property crime has trended in Rockford over a 12 year period. 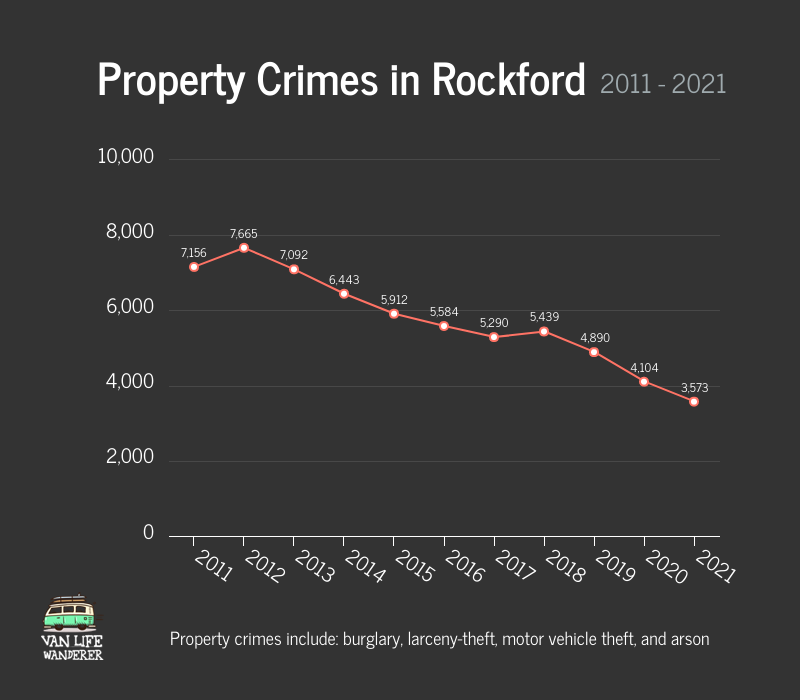 What do Residents of Rockford say about its safety?

Is Rockford safe at night?

As with most cities, the general consensus is that the more people that are out at night in certain areas, the more likely you are to be safe.

If you’re visiting Rockford it’s unlikely you’ll be out too late. If you make it to closing time at the bar we salute you, but just remember that alcohol and unfamiliar settings don’t mix well.

Chase a night out with a taxi or Uber and you’re more likely to be safe than walking home.

Rockford can be a safe place to visit alone as long as you learn the layout of the city, stay out of the bad areas and maintain awareness at all time.