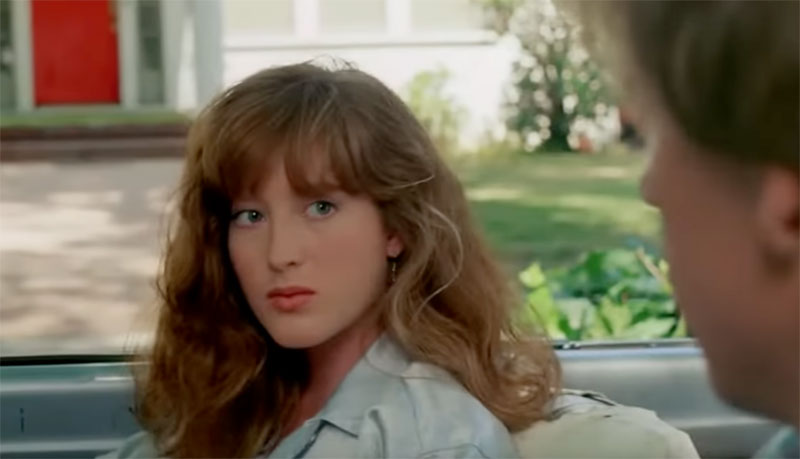 Kim Myers is an actress best known for her early role in the film A Nightmare of Elm Street 2: Freddy’s Revenge as the character Lisa Webber and is also known for having an uncanny resemblance to Meryl Streep.

Kim Myers lives a relatively private life, and biographical details before her acting career are difficult to pin down.

It is suggested that she may have studied at Syracuse University, but there are few sources to corroborate this. No public information is available about her parents, potential siblings, or her career before 1985.

If Kim Myers had worked in commercials or on stage before landing her first film role, that information would have been lost to time. 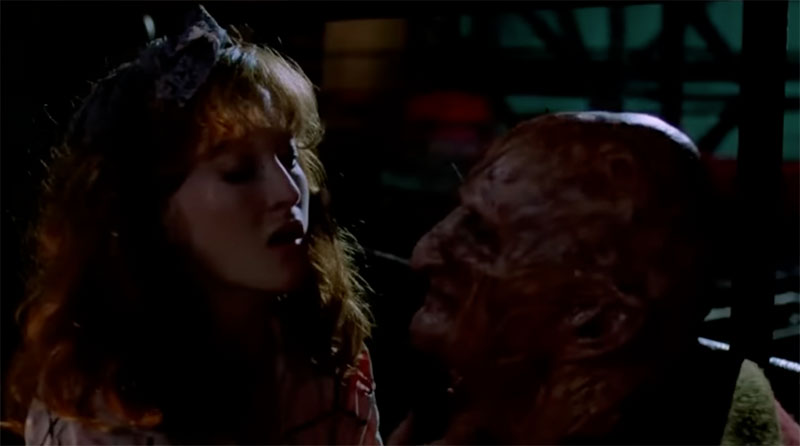 Her career began in 1985 with her first and arguably most notable role in the horror sequel A Nightmare of Elm Street 2: Freddy’s Revenge. In the film, she played teenager Lisa Webber, the love interest of Mark Patton’s Jesse Walsh.

The film was controversial at release and is a frequent topic of debate today, given the perceived gay subtext of the film.

However, Kim Myers was praised for her performance in the movie, and many fans have fond memories of her as the “girl next door” type she plays in the film.

The movie was considered the strangest of the franchise, but the fans very much appreciated Kim Myers.

While A Nightmare of Elm Street 2: Freddy’s Revenge is arguably one of her most notable roles, it also was her introduction to film and television. She has had numerous other credits, many of them worth noting. 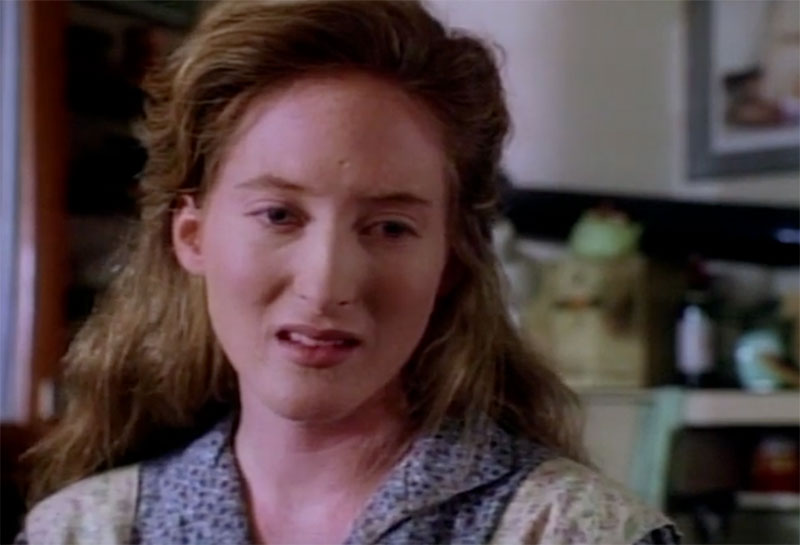 She would make appearances on other television series in the 1980s, with her most significant run being ten episodes of the drama Studio 5-B.

In the 1990s, she would appear in an episode of Seinfeld as Pam, one of Jerry’s many girlfriends. This was the 1996 episode “The Soul Mate.”

Her most significant television role would be in the 1993 Fox comedy Key West where she appeared in 12 of the 13 episodes. She would star in the show alongside Denise Crosby.

Her second film would be in 1987 with In The Mood – a romantic comedy based on the story of Sonny Wisecarver, who Patrick Dempsey plays. 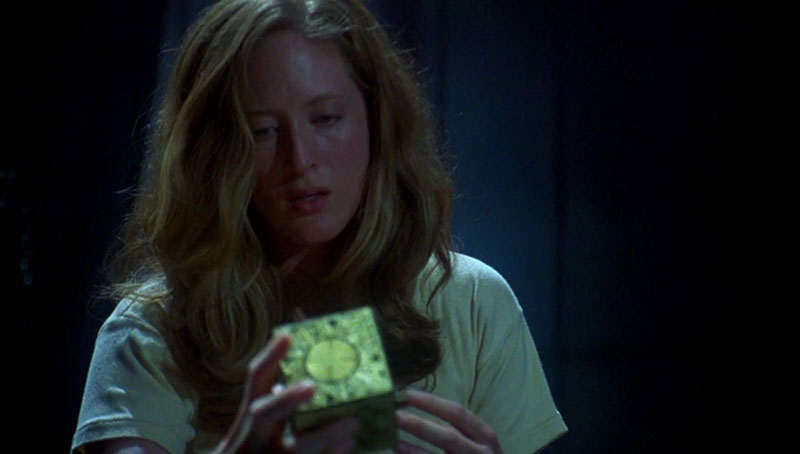 Kim Myers had a small role in the movie. Her second most notable film of the 1990s was another horror sequel and prequel, 1996’s Hellraiser: Bloodline – the fourth film in the franchise.

In this movie, she played Bobbi, who was written to be a mirror of the character Larry from the original Hellraiser.

The film did not do well critically, and it appears that the project, though ambitious, did not have the proper support it needed to succeed.

What is Kim Myers doing now? 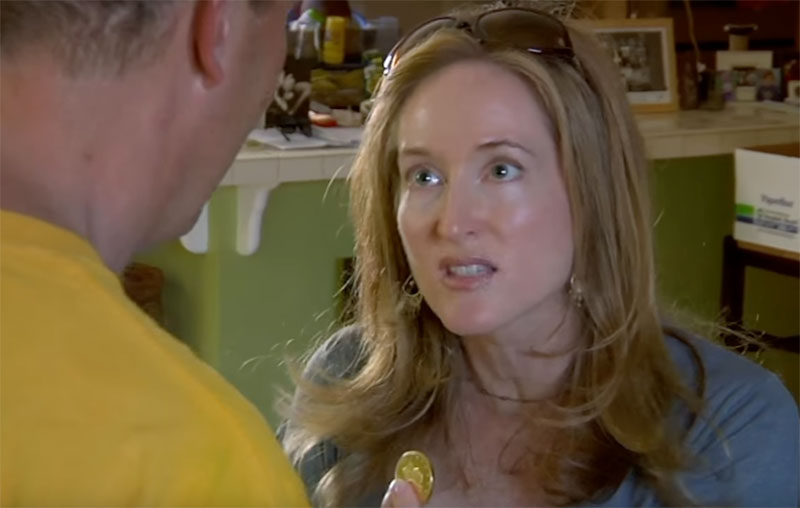 This series followed survivors of a comet impact in a post-apocalyptic world. In 2016 she appeared in the family comedy Don’t Tell Kim, playing the titular character.

Following this, she didn’t have another role until 2020, when a sequel to Don’t Tell Kim, titled Jumping the Gun, was released. It was a small budget film, directed by Stephen Ihli.

She has a new movie set to premiere in 2022 titled 5,000 Blankets, a family film about a movement to help the unhoused. 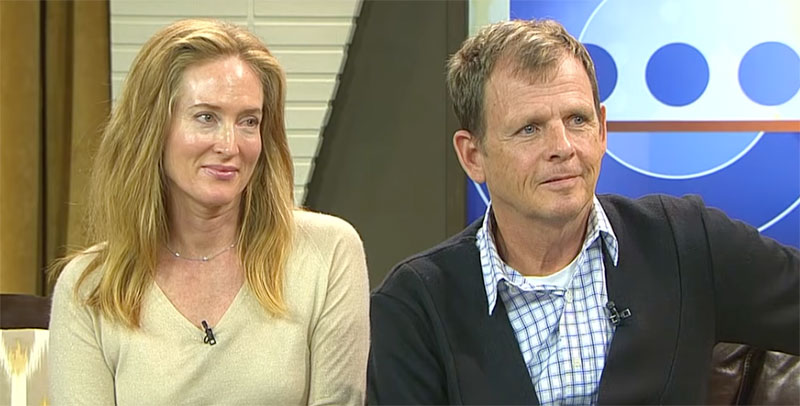 Kim Myers is also known to appear at fan conventions for fans of Hellraiser and A Nightmare on Elm Street.

Kim Myers is married to writer, producer, and director Eric Small. Much like Kim Myers, biographical information on Eric Small is minimal. He is best known for producing 10,000 Days and Penn & Teller: Bullshit!

There have been no articles or birth announcements to indicate that Kim Myers has had children and Kim Myers does not have any confirmed social media accounts.