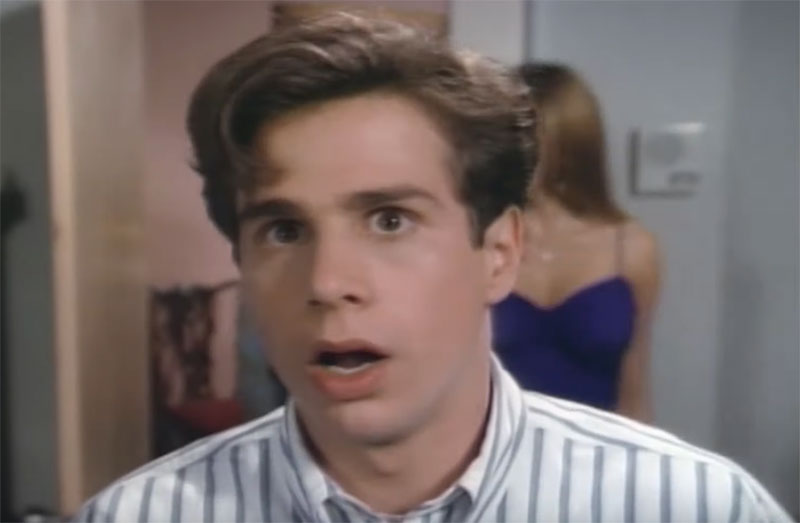 John Hughes always does movies right. His 1985 film Weird Science had one all-star cast and did so well that a series, also titled Weird Science, immediately followed. With the show version came a new cast, and actor Michael Manasseri grabbed a main role. Michael already had acting credits to his name when he landed the role of Wyatt, but the show put him on the map. Let’s check in on the guy who created his dream woman with the help of a computer.

In Poughkeepsie, New York, on February 28th, 1974, actor, director, producer, and writer Michael Manasseri was born. Michael has two siblings, a younger brother and a sister, Jennifer Manasseri, who briefly acted in the 90s. His sister also played his female counterpart on Weird Science. 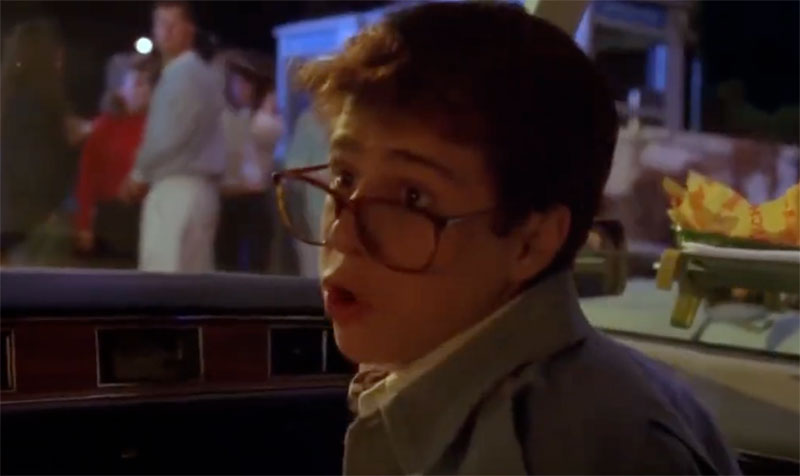 Michael’s screen debut was in 1987 when he popped up in an episode of the family crime drama series Sidekicks when he was 13 years old. His first movie role would make anyone at the time jealous, as he starred alongside The Two Coreys, Heather Graham, and Carol Kane in the 1988 comedy License to Drive.

Manasseri then had a nine-episode run on the short-lived comedy Raising Miranda, which also starred Bryan Cranston. Pop-ins for shows like The Wonder Years, ABC Afterschool Specials, and Charles in Charge led to a five-episode stay on the hit comedy Wings from 1990 to 1991.

Michael would spend the early 90s appearing on TV shows like The Jackie Thomas Show, Quantum Leap, Up All Night, and ER before landing the role he would be best known for. 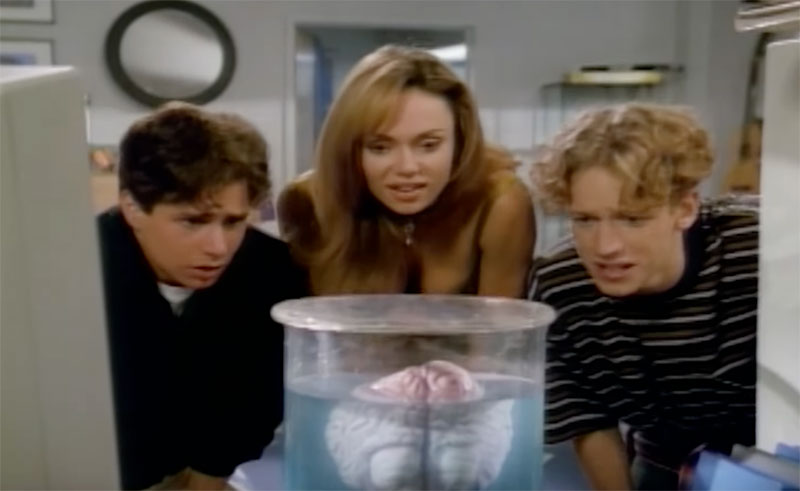 Michael portrayed Wyatt Donnelly on the hit 90s sci-fi comedy Weird Science, based on the John Hughes movie of the same name. The show followed Wyatt and his friend Gary Wallace, played by John Asher, as two high school nerds that created their perfect woman via their computer, named Lisa. Lisa had magical genie-like abilities and granted the teens short-lived wishes. Michael was in all 88 episodes across the five seasons of the show’s run from 1994 until 1998.

What did he do after Weird Science? 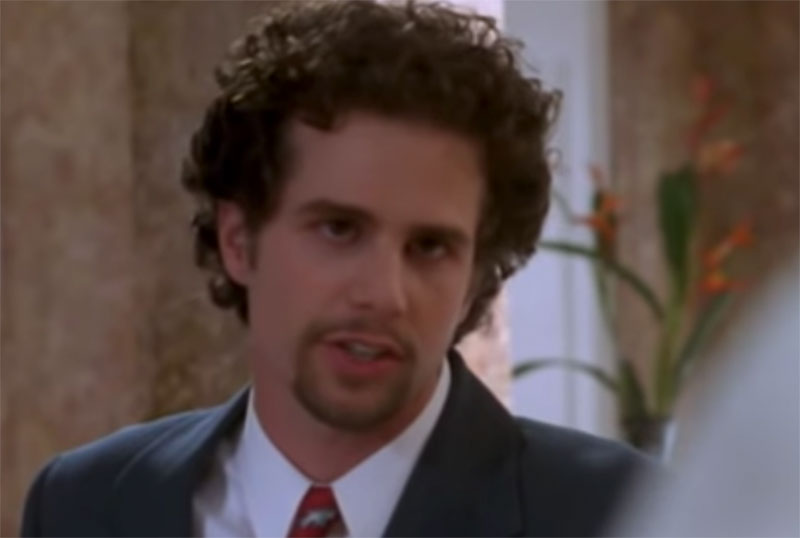 After Weird Science ended, Michael stuck to his TV roots, appearing on Buffy the Vampire Slayer and Sliders for guest spots. But he branched out and started appearing more in movies, starting with the 1998 comedy Chick Flick.

The 2000 comedic horror film Psycho Beach Party would be his next role, followed by the comedy Thank Heaven and the action film Sunstorm in 2001. But after a one-episode appearance on Boston Public in 2002, Manasseri would step away from acting for a bit.

Michael would briefly return to the front of the screen for his last acting role in 2013. He had two projects that year, one being the thriller series The Road to Hell, which funnily enough, starred his ex-wife. His last movie was Mosquito-Man, also known as Sucker, which Michael wrote, directed, and starred in as Jim Crawley.

Why did he quit acting?

It seems like Michael had a case of burnout, having acted for decades, and wanted to try something new. He still loved the industry, so he didn’t stray too far away.

He knew how things worked, but wanted to tell the stories in his head instead of acting in others’ stories. He went from acting to writing, producing, and directing, filming a lot of projects in Michigan, which is where he moved to when he was done with Los Angeles.

What is Michael Manasseri doing now? 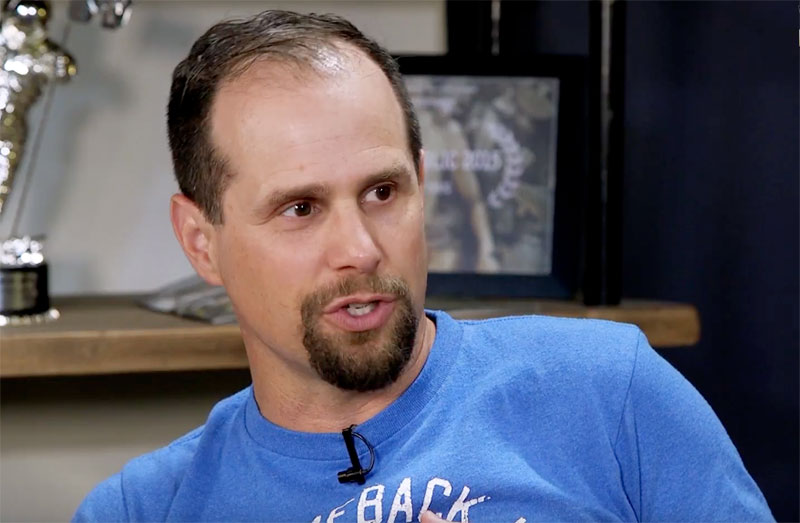 Michael would transition from in-front to behind-the-scenes powerhouse. One of his last roles, the film Mosquito-Man, was written, directed, and produced by him. His first producing job was actually for the movie Dirty Love in 2005 starring Jenny McCarthy-Wahlberg. Since then he’s produced over a dozen movies including the award-winning Give Me Liberty in 2019, and various music videos. He has three projects in different stages of production still to come out.

As far as directing goes, Manasseri’s first time was the 2008 award-winning thriller horror movie Babysitter Wanted. He’s added two films, a few videos, and a handful of TV episodes to his directorial resume, including 2016s The Pickle Recipe. He has two films in the works, one of which is an untitled Snow White project that has us intrigued.

Manasseri runs a studio company, Flux Capacitor Studios, a little nod to Back to the Future, that resides in Detroit, Michigan. He started the adventure in 2015, and the company helps finance, develop, and produce various TV shows, documentaries, movies, and more. Yes, including Michael’s.

His company works with Oakland University in Michigan to provide academic partnerships with their Film Studies and Production department. The students go on set to gain first-hand experience being production assistants, learning every area from editing to filming to costume design and beyond.

Michael was married to actor and producer Sarah Manasseri in April 2013. The pair divorced in February 2019, and don’t share any children.

We can see Michael’s focus is his company and telling stories that he wants, one project at a time, whether he writes them or directs them. He’s using his acting knowledge to get started with his next chapter in life. We can’t wait to see what films and shows he releases while on his rising journey.