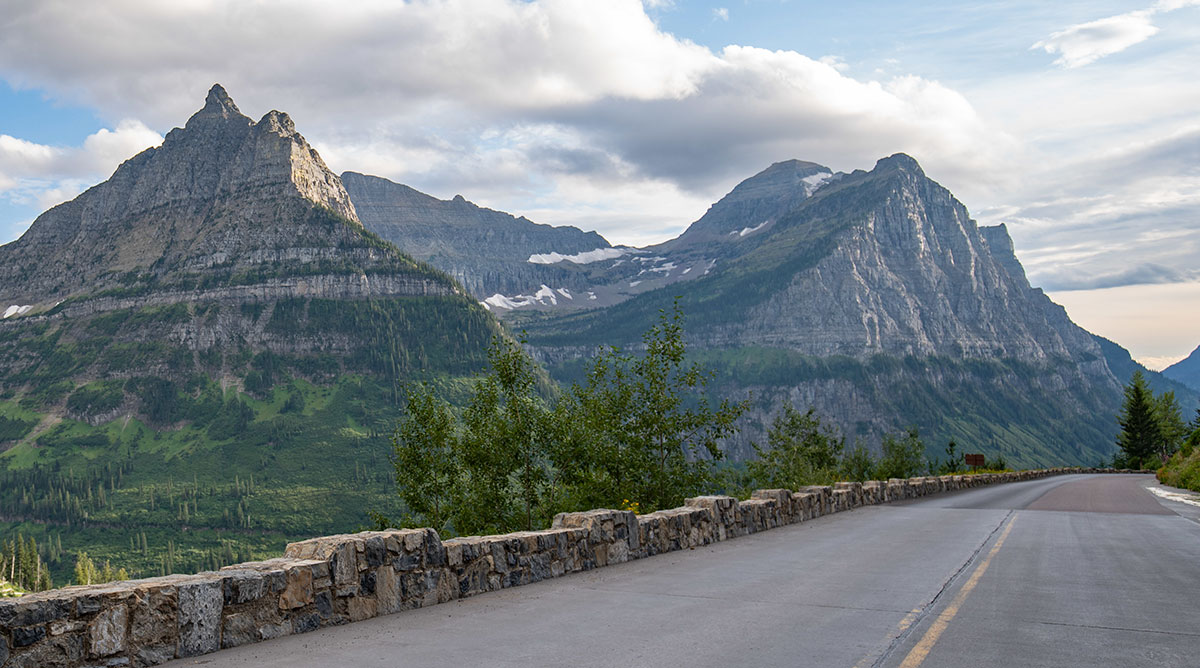 Glacier National Park is one of the top scenic destinations in the country. When you visit, the beauty is etched in your mind for a lifetime. And driving through the park is half of the fun.
The Going-to-the-Sun Road is the only road to traverse the entire park and provides outrageously gorgeous views all along the way. It is best described by travelers in two words: spectacular and frightening. The road is one of the most scenic drives in the United States, but in some parts, it gets your heart racing – especially when it is your first trip on the road. Each time you use it, you’ll find it easier. It just takes some getting used to.

Let’s shine some light on the Going-to-the-Sun Road.

What is the Going-to-the-Sun Road?

The Going-to-the-Sun Road, also referred to as the “The Sun Road,” is a 50-mile mountain road that runs between the park’s east and west entrances. The two-lane road is windy and narrow, taking you through terrains ranging from tundra to forests and steep mountains of sheer rock.

It provides truly magical scenery of the surrounding mountains, flowing waterfalls, large lakes, and hanging gardens. It is also famous as one of the country’s most thrilling drives because of the high, sheer cliffs. You may have already seen this road if you are a movie fan. It is featured in the beginning credits of the movie The Shining.

Some sections experience an impressive amount of snow during the year (up to 80 feet), and this road is one of the most challenging routes in North America to plow. This means closures are a regular occurrence. If you are looking to maximize your experience, knowing when to go is important.

The entire road is usually open from late June / early July into October. At these times, driving the full distance takes a minimum of two hours. In other times of the year, closures happen at higher elevations such as Logan Pass (a 6,646 feet elevation). Some portions remain open year-round, providing access to several scenic spots and park activities.

The Story Behind the Name

The road took its name from the Going-to-the-Sun Mountain. According to local legend, the Blackfoot Tribe’s deity Sour Spirit came down from the sun to teach them how to hunt. As the deity returned to the sun, an inspiration of the deity was placed on the mountain. There is some debate about the legend, some believing a Euro-American explorer may have fabricated the story.

How Scary Is It?

When the roads aren’t blocked by snow, the road itself is paved and consistently maintained, which means the surface itself is safe to travel on. But that doesn’t mean it isn’t frightening. The sheer cliffs and tight, narrow switchbacks make it an eye-raising experience that has been described as a “nail biter.” And there isn’t much there to protect you. Some areas have no guard rails, while others have only short guard rails or a low wall of rocks. If you are a nervous driver, it might be a good idea to leave the driving to someone who isn’t. 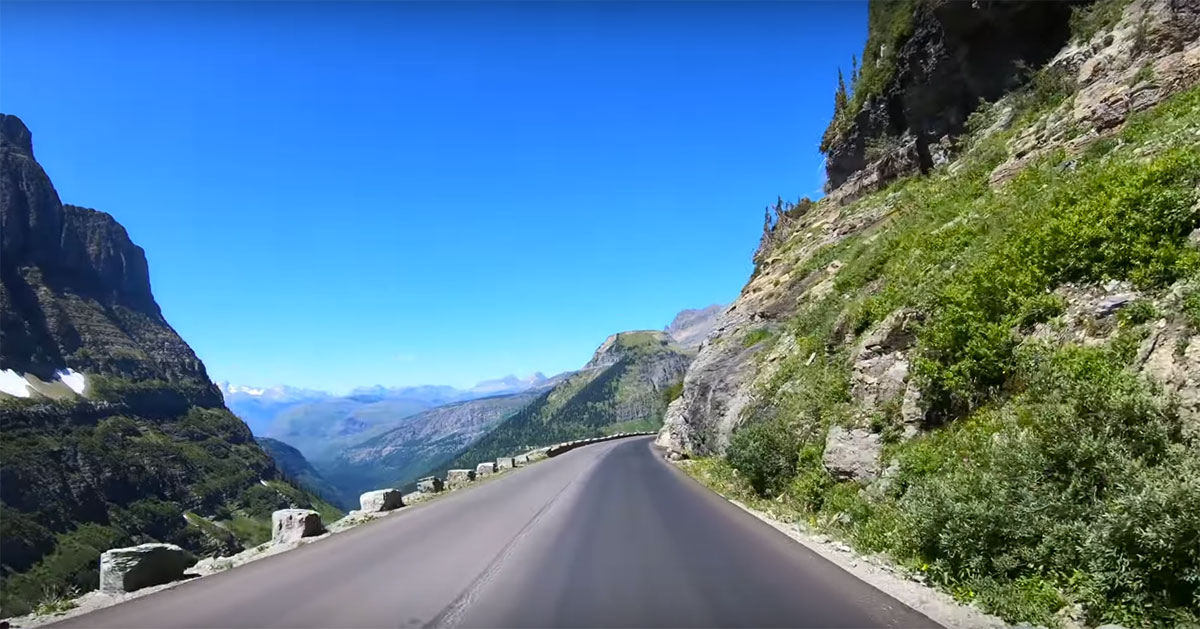 Alternate Ways to Enjoy the Ride

Another option is to leave the driving to the experts. The park offers a shuttle service, including a season shuttle that takes hikers for FREE. (Reservations are required.) You can even take a quirky shuttle option called the Red Bus – a classic, bright red, limo-like roadster design with a canvas roof that rolls back to become convertibles on a clear day.

For more information about each option, visit this link.

Just How Dangerous Is It?

Ironically, the majority of deaths at the park are not due to the road. Most are from drowning. (There are over 700 lakes at the park.) Other common accidents come from hiking, bear attacks, and avalanches.

In nearly 25 years, there have been just two deaths on the road. In 2014, a 14-year old girl was killed, and her family was injured by falling rocks while driving in their car. Previous to that, in 1996, a Japanese tourist was killed by falling rocks. In his case, he saw the falling rocks but was unable to reverse his vehicle quickly enough.

Other dangers contribute to accidents on the road, such as snow and water, but animals are also a key factor. Wildlife is plentiful in the park, especially mountain goats and bighorn sheep.

Feedback is overwhelmingly positive. The drive is described as “breathtaking,” “spectacular,” “gorgeous,” and blended with phrases like “you will never see anything more beautiful.” This road is considered a must-see when visiting the park.

At the same time, the drive is described as downright scary, but well worth it. Even when road closures are mentioned, positive feedback is overwhelming. 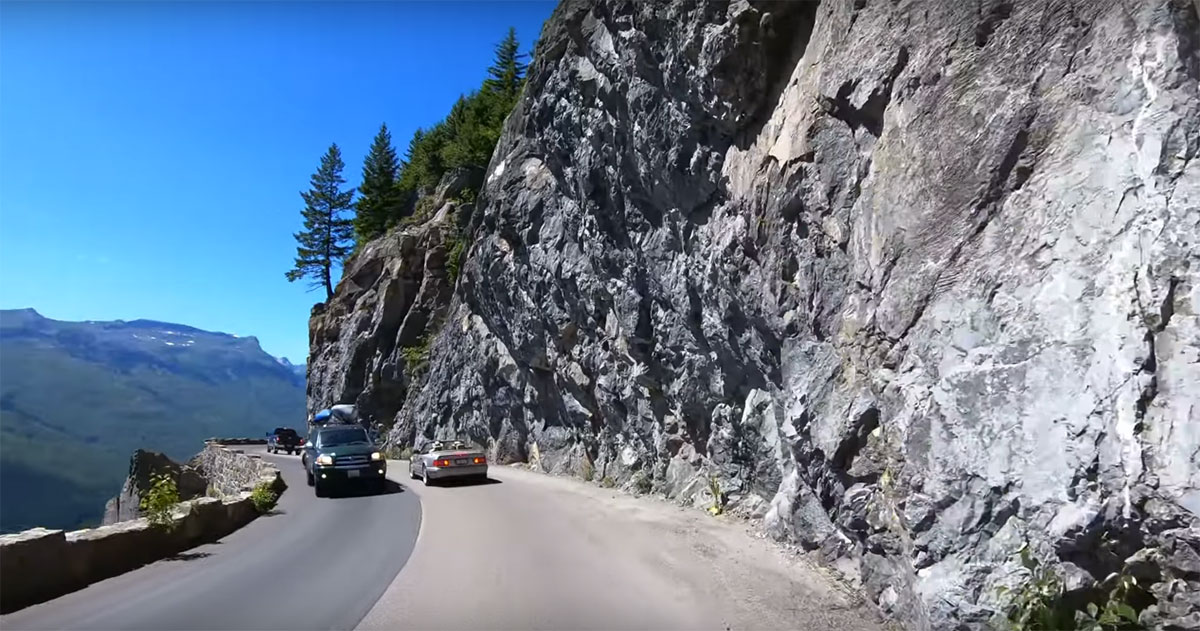 What Type of Vehicle is Best?

There are restrictions on the sizes of vehicles the road can handle. Any automobile or combinations of vehicles (car and trailer) can’t exceed 21 feet long in the areas between Avalanche Campground and Rising Sun picnic areas. Any vehicles or trailers over 10 feet height will have trouble driving from Logan Pass to the Loop due to overhanging rocks.

Tips for Driving the Going-To-the-Sun Road

What to See Along the Going-to-the-Sun Road:

A key part of the fun of traveling the road is the amount of nature you can see from your car seat, but there are specific highlights to take note of, both on and off the road.

Is the Going-to-the-Sun Road Worth the Drive?

This road is a perfect example of how rewarding life can be when testing your fears. It is one of the most remarkable drives you will ever take in your lifetime, unargued by most people who drive it. It is an experience you will never forget.

Is Driving On The Independence Pass Scary? 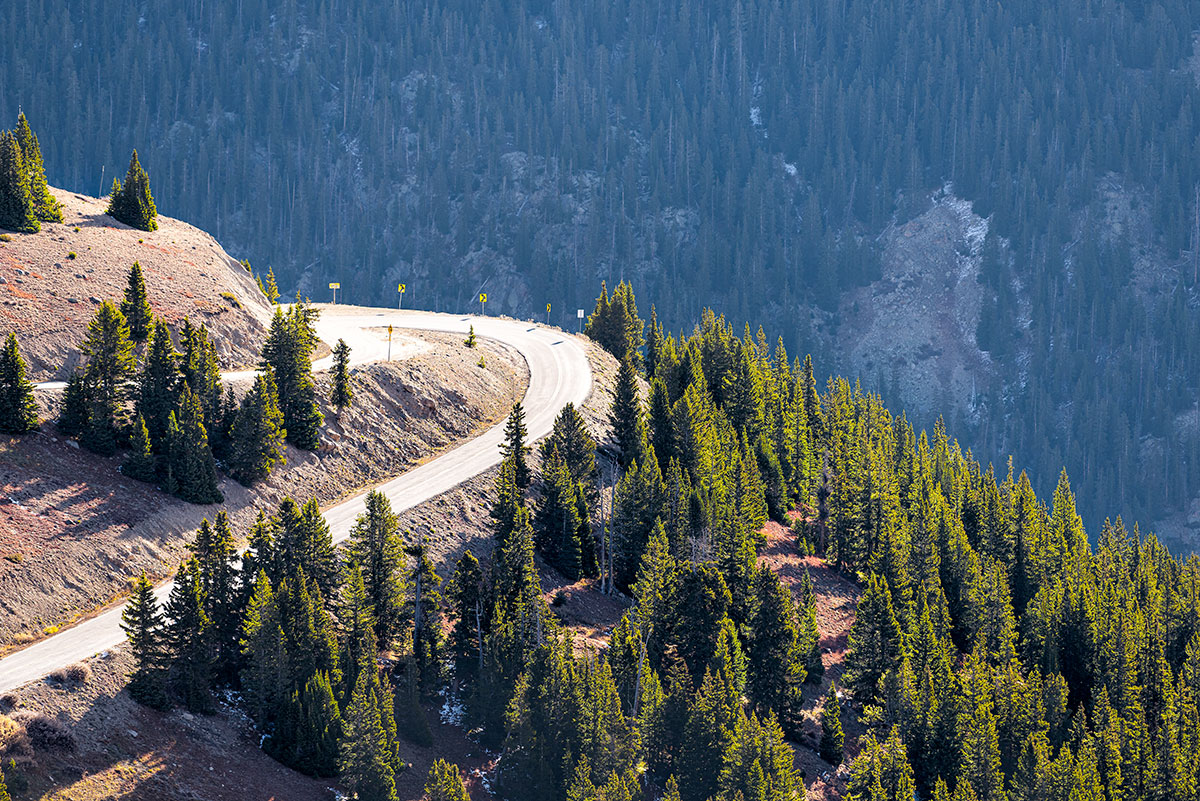 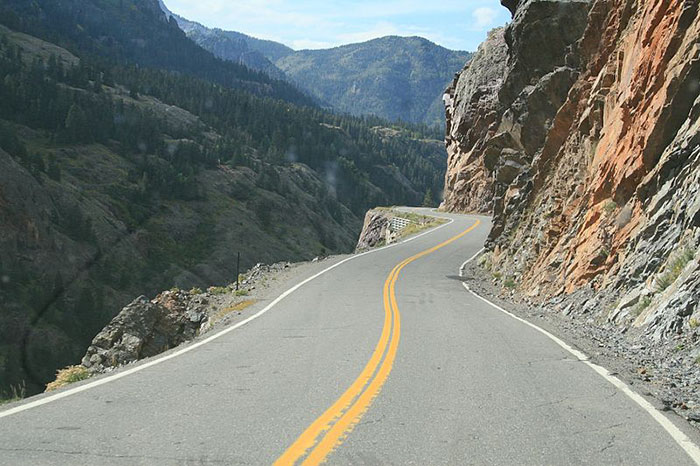