Situated directly across the historic Delaware River from the City of Brotherly Love, Philadelphia, is the remnants of the once-lively city of Camden, New Jersey.

Its close proximity demonstrates a shared history of peace as both cities were founded by the Quaker people, self-proclaimed pacifists of the protestant movement in 17th century England.

So how did one of their founding cities become a place where anyone has a 1 in 61 chance of being the victim of a violent crime (especially when that violent crime is being encouraged by political officials)?

This modern-day Gotham city is in dire need of its own superhero… but is that just a fictional pipe dream, or is it possible for Camden to turn it around? 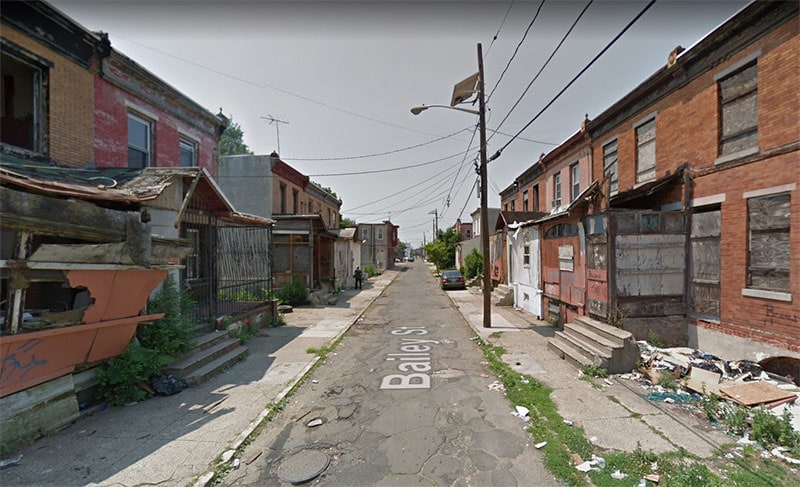 Camden was originally inhabited by the Quakers. That being said, the city itself was not formally recognized until February 13, 1828.

This is possibly because control of Camden was primarily held by the British until the end of the Revolutionary War.

Once the country began to stabilize and thrive, so did Camden. With the boom of businesses in America and the rise of ferries (Camden to Philly, especially the Cooper’s ferry) and the railroad systems, Camden was on the up and up.

This Rise of Camden continued through the 1800s as its population soared and companies began to plant factories in the small city. In 1834, the Camden and Amboy Railroad helped grow the city by nearly 9,000 people, and the canal dug in 1838 through Windmill Island increased the already-present ferry transportation systems.

Before long, major companies such as Campbell’s Soup, the Pennsylvania Railroad, Esterbrook Pen and New York Ship Building, Victor Talking Machine, and even higher-education through the founding of Rutgers University. 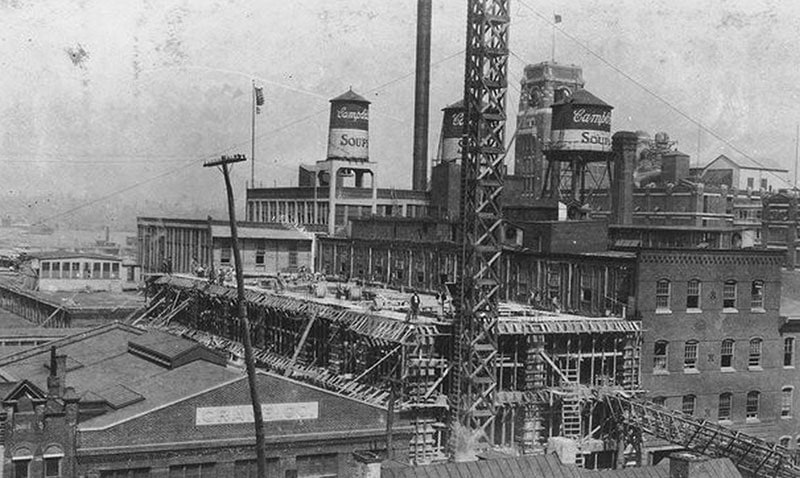 Camden was so vital to the United States’ economy, the famous slogan “On Camden’s supplies,
the world relies,” was established and rang true.

Even the famous American author, Walt Whitman, spent time living and working in the metropolitan area where he wrote a rough draft of his most famous work, Leaves of Grass. This industrialization would continue through the end of World War II. 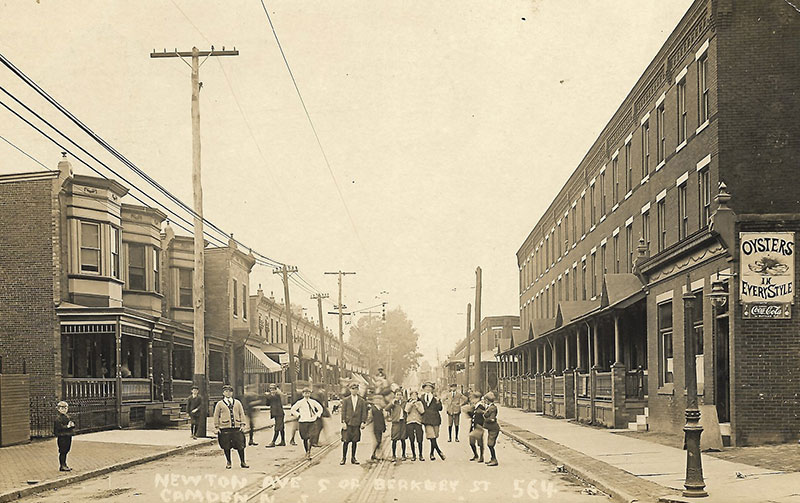 The city was definitely on the rise despite setbacks from the wars and the Great Depression. By 1950, there were 43,267 manufacturing jobs and 124,555 citizens..

The Fall Of Camden

So what happened from 1950 until now that caused the once-booming city, full of opportunities for migrant and blue collar workers and their families, to fall into disarray?

It’s a layered issue. A combination of the de-industrialization of the United States led to white flight, civil unrest, riots, and corruption, all of which contributed to the Camden we know today.

De-industrialization is the decline in industrial activity in a region or economy, and it’s important to note that this movement was not unique to Camden.

In fact, by 1965 most of the United States had felt the effects of de-industrialization to one degree or another.

What is different in Camden than in other areas is that most of the rest of the country responded, evolved, and bounced back. Camden… didn’t.

In fact, to this day Camden has received more aid and grants in the state of New Jersey as a response to poverty and unemployment than any other city. Yet it continues to decline.

This begs the question: if the community needed industry so badly, why did it leave? The short answer: cheaper options for work in suburban areas.

The de-industrialization of Camden (and the US) also contributed to White Flight. During the Great Migration of the 1940s-1970s, large numbers of Black and ethnically diverse people groups fled Jim Crow laws in the South and settled in the North, many of which chose to build homes in Camden.

This resulted in equally large numbers of white Americans moving out to suburban areas surrounding the cities. While this is not definitively the cause of the rise of violence (it would be racist to assume a city that is majority minority is violent because of a lack of white people), it was and is a huge contributing factor to the geographic segregation of the country that is still prevalent today.

As white people left the racially integrated cities for the color-enforced segregated suburbs, America’s push for integration was thwarted and slowed.

In addition, White Flight and Suburban Flight pulled jobs from the city areas and encouraged companies to follow suit in the movement to the more expansive suburban areas.

Riots, Civil Unrest, and Corruption are rampant in modern-day Camden. When the jobs left, slumlords and poverty raged, creating a smothering system of systematic poverty and oppression.

Perhaps the most notable riots were those of 1969 and 1971. Firebombs and glass rained down in the attacks on downtown Camden in 1969, impacting hundreds of people and resulting in the deaths of two police officers.

The civil unrest declined for about 2 years until 1971 when it spiked again. On August 20, 1971 more than 15 fires were intentionally set and at least three people were shot with 87 others reporting injuries. Both riots were results of racially-incited police brutality.

The city has faced bankruptcy and political corruption for the last quarter century.

The city (now with a population of 74,002 as of the 2020 census) is one of only 18 municipalities in the US to ever file for state-level bankruptcies, and the state of New Jersey was not a fan of the request, claiming the city is refusing to try to recoup itself (NYTimes, 1999).

Further, in 2000 the mayor of Camden was accused of corruption and illegal activity in money laundering and drug trafficking. The city has responded by reducing government control and police activity.

Camden today is much the same as it has been for the last 5 decades. It has a current population of 74,002 people and a median household income of $28,623 per year (33.6% impoverished, though that rate can vary on dependent factors). 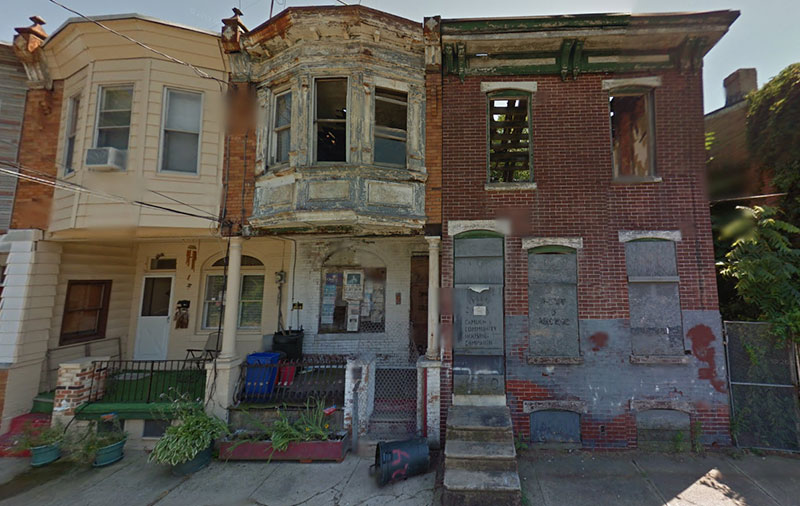 It’s estimated that more than 4,000 abandoned properties are in Camden, and its crime rate is one of the highest in the nation.

Why did Camden disbanded it’s police?

In 2013 without much to lose, Camden made the decision to disband its police force in order to completely reform it from the ground up.

It recognized that the system they were using wasn’t working, and since rebuilding the force, focusing on training its officers to be “guardians and not warriors” says police chief Scott Thomson.

While the city has seen a decline in crime since then, it certainly has a long way to go.

Revitalization efforts are in place which focus on building the community up from within the community itself. Locals have emphasized the need for private groups and nonprofits to do this work, hoping to avoid the corruption of government involvement from the past.

With radical changes in elected officials, continuation of police force reform, and community-based rehabilitation, Camden isn’t out of hope just yet. Perhaps their “Batman” is the every-man, the common citizen, putting forth all of their collective efforts to make their city safe for the people of Camden, New Jersey once again.