If you’re planning on visiting Montana anytime soon, consider making the trip around a time of year when you can see the northern lights. While some areas of the state have higher visibility than others, overall, Montana’s wide open spaces combined with low air pollution make for some of the clearest night skies in the U.S. 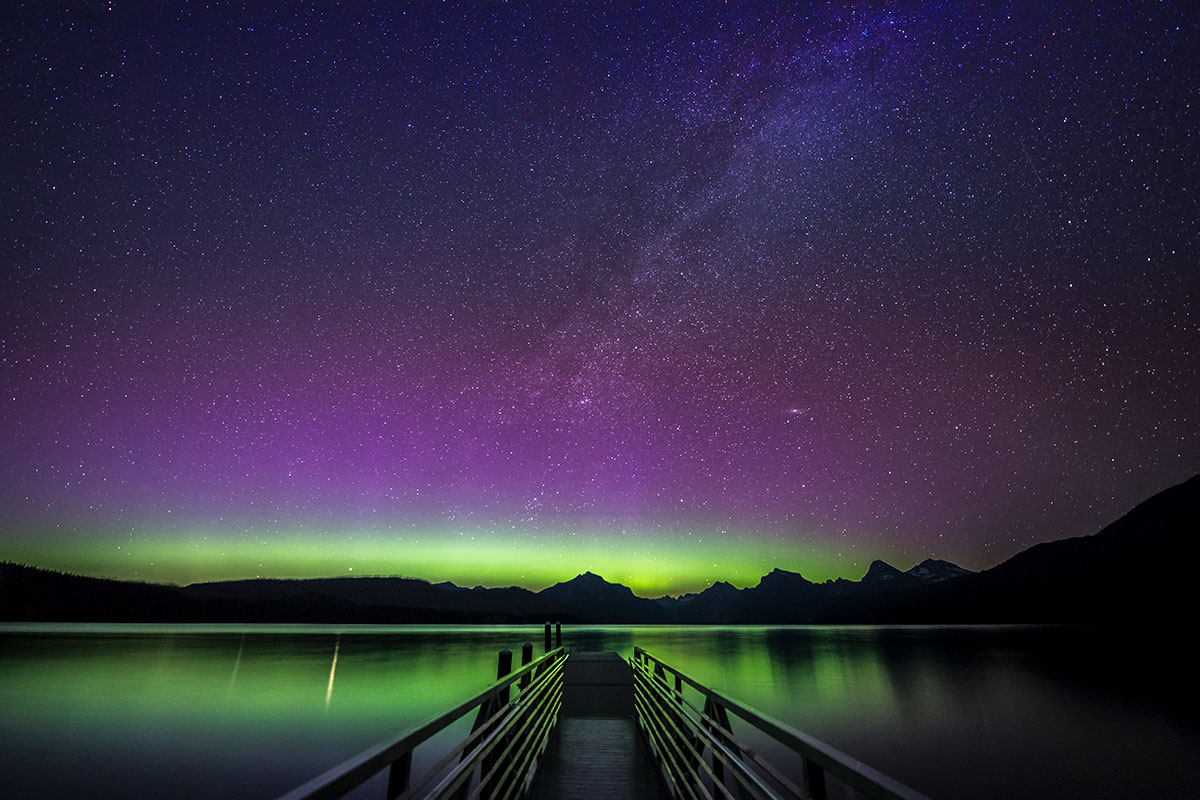 What Are Northern Lights?

The northern lights or aurora borealis are the visible collision of electric-charged particles from the sun and gases in the earth’s atmosphere.

They are only visible near the north and south poles. The most common colors are green and pink although colors like red, purple, and blue have been seen in the past. The common green color is formed when the sun’s particles collide with oxygen molecules, and purple rays happen when the primary gas is nitrogen.

Where Can You See the Northern Lights in Montana?

The best chance to get a view will happen in the late fall and winter when the nights are longer. The darker the sky, the better the show. Early spring has also been a promising time to witness the light show. As always, the nights that are cloudless and dark are best. Fortunately, many areas in Montana have little light pollution that will increase the chance to catch sight of the lights.

The best experiences tend to always come from going off the grid. Though these trips tend to take a little more planning and preparation, they are always worth the extra effort for the experience gained from it. Off-grid means access to the purest, black sky, which will create the ideal atmosphere to witness the northern lights.

It is important to note, this otherworldly light show doesn’t happen every night. It is recommended to pay close attention to the K-Index if you want the best chance to be in the right place at the right time.

“The K-Index is a measurement of the relative fluctuation in Earth’s geomagnetic fields. The higher the K-index (on a scale of 0 to 9), the better your chances of viewing the northern lights and seeing them at lower latitudes. For regions of Montana south of I-90, a Kp of 7 or higher is generally required to see the northern lights." source

Whitefish lake is a secluded area located within the Whitefish Lake State Park. The lake is one of the most popular lakes in Montana. It is about 1 mile wide and 7 miles long. The lake, along with the immense mountain backdrop, is known to be a spectacular spot to witness the northern lights on rare occasions the atmospheric conditions are optimal.

Sleeping giant is another popular destination to catch the mesmerizing colors of the northern lights in the sky. It is located just outside of Helena, Montana. The mountain sits at 8,917ft elevation and much of the 6,665-acre wilderness park is roadless land. The less humanization, the more pure dark skies are available to catch the northern lights. 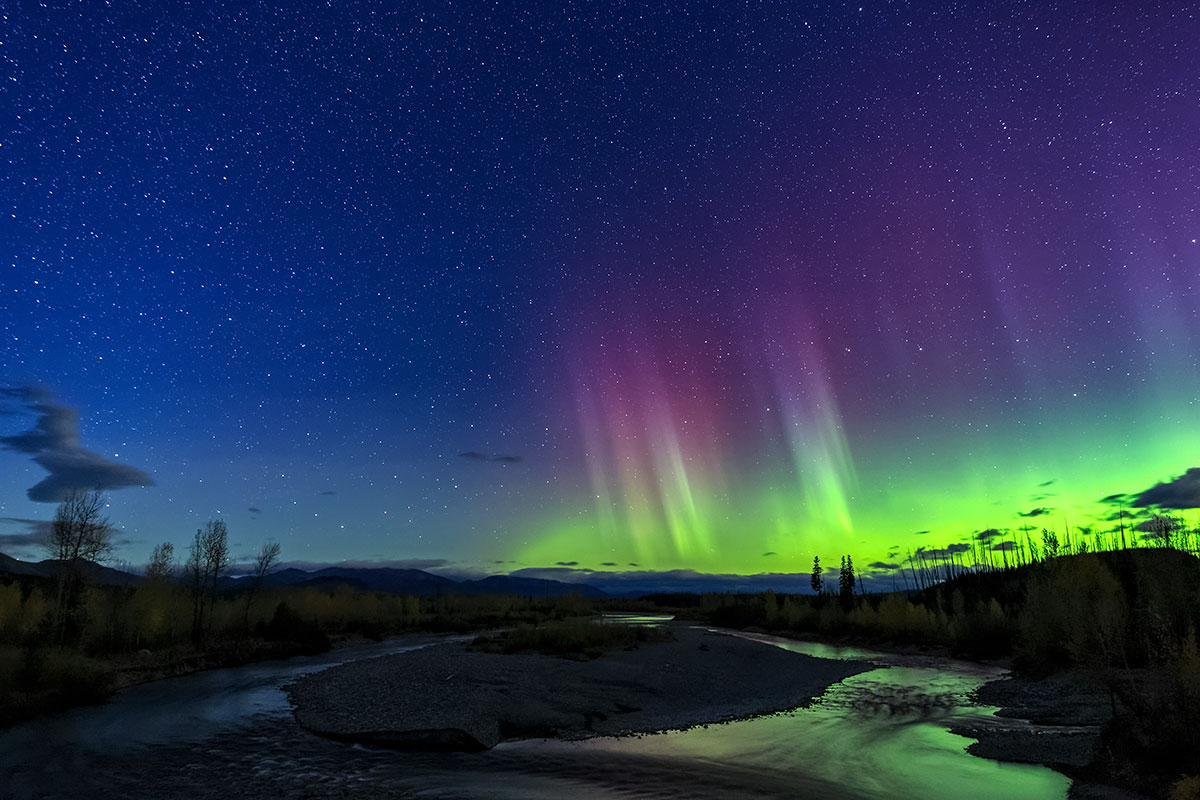 (Northern Lights Over the North Fork of the Flathead River)

Bozeman is a known location to every avid adventurer, especially those who love the mountains and backcountry exploring. Viewing the northern lights in Bozeman offers an opportunity to be closer to town and not so exposed to the cold and surrounding nature. Although this is all a part of a memorable experience, it’s not everyone’s cup of tea.

The state park is located in Dawson County Montana. It is the largest state park in Montana with more than 11,000 acres. With so much wide, open space, it has become a popular location to view the northern lights. It is possible to go off the grid to the point of being surrounded by nothing but nature. The dark skies and clean air offer the ideal chance to catch the rare phenomenon.

A fun fact: The park also features badland formations and the fossil remains of Tyrannosaurus Rex, Triceratops, and other prehistoric life.

(Related: 6 Best Places To See The Northern Lights In Wisconsin)

Tips To See The Northern Lights In Montana

It’s totally possible to see the northern lights in Montana! The key is timing and weather conditions. Make your trip during the winter, stake out your spot away from city lights and in the middle of the night, and your chances of seeing the amazing aurora borealis are much high

Related: 10 Best Places To See The Northern Lights In Alaska