If you are thinking about visiting New Orleans and have some qualms about the safety of the city, we got you covered.

We are going to deep dive into the statistics, look at some maps, graphs and talk to the residents of the city to give you a better understanding of how safe New Orleans really is.

What is New Orleans’ crime rate? 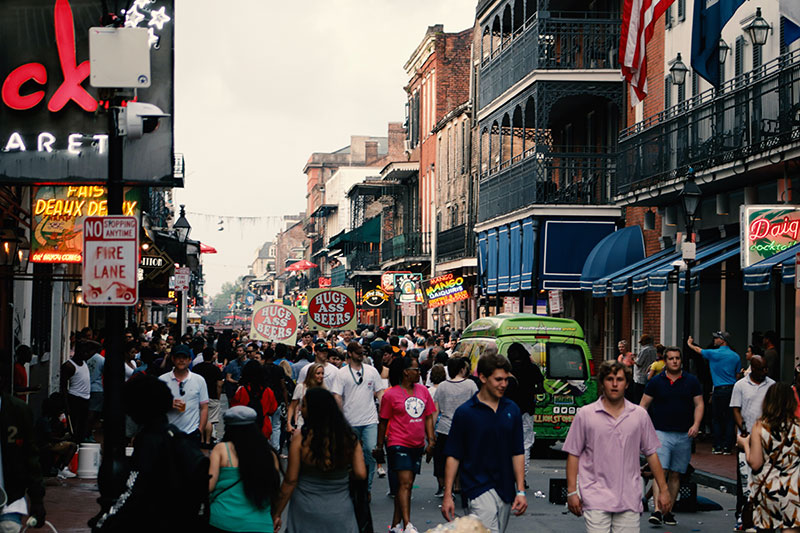 Here’s a scale to give you some perspective on New Orlean’s crime rate:

New Orleans had the 14th highest violent crime rate in the country in 2020.

New Orlean’s has a similar crime rate to Albuquerque, Baltimore and Kansas City. 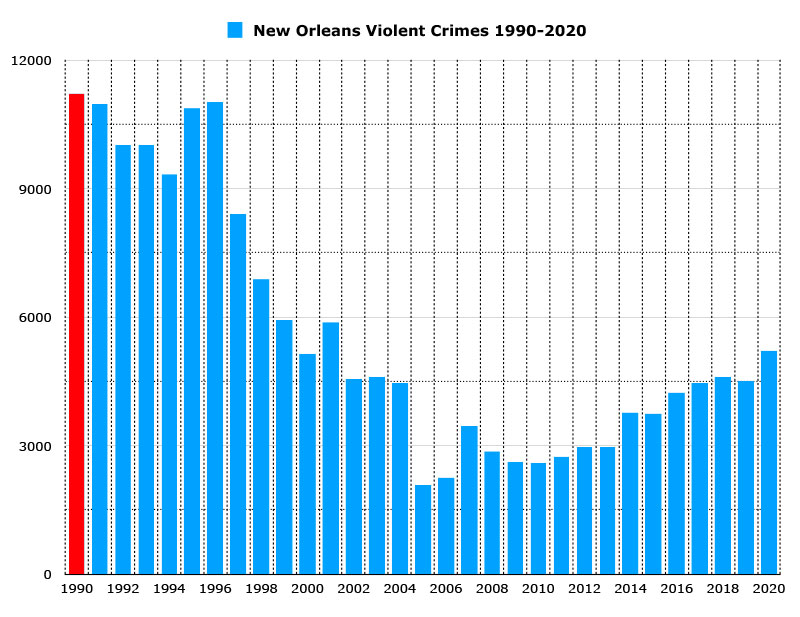 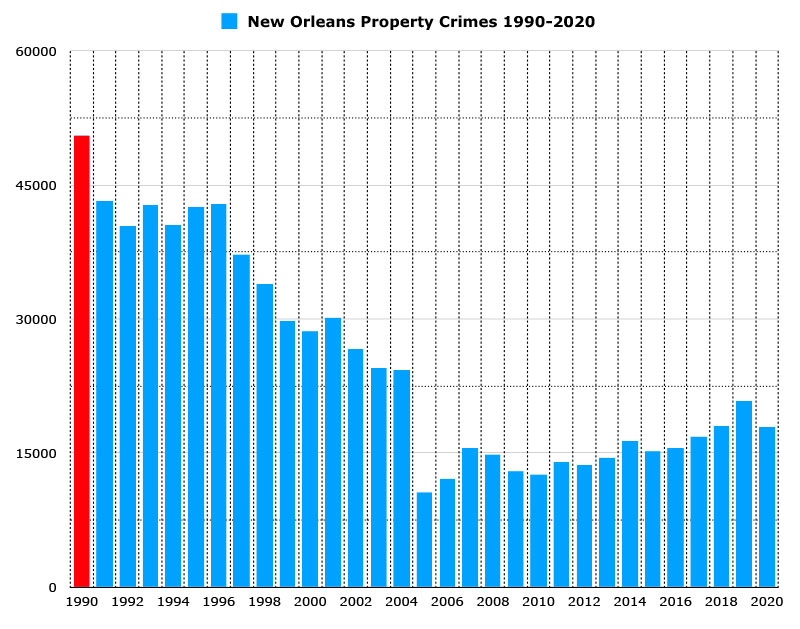 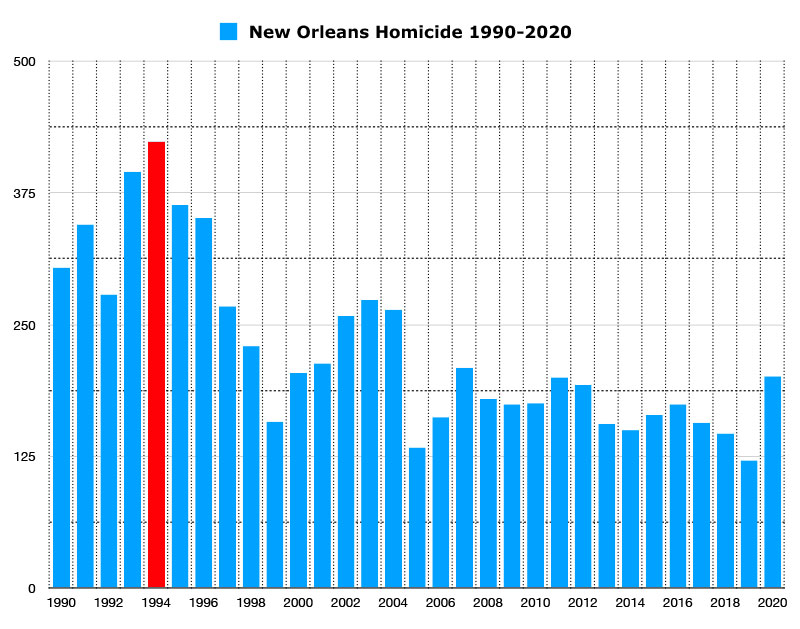 New Orleans vs The Most Dangerous Cities In The United States 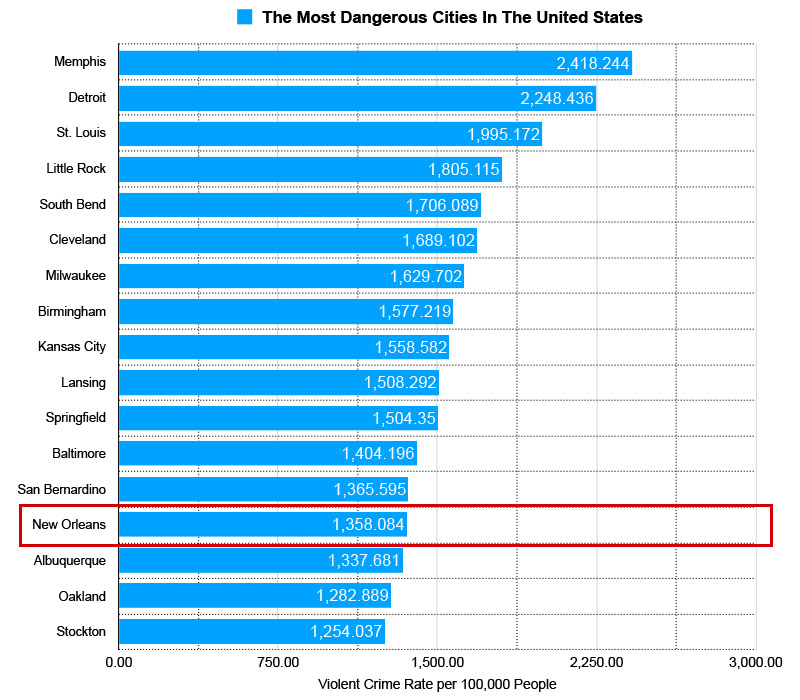 How much has crime increased in New Orleans?

Most Dangerous Neighborhoods In New Orleans 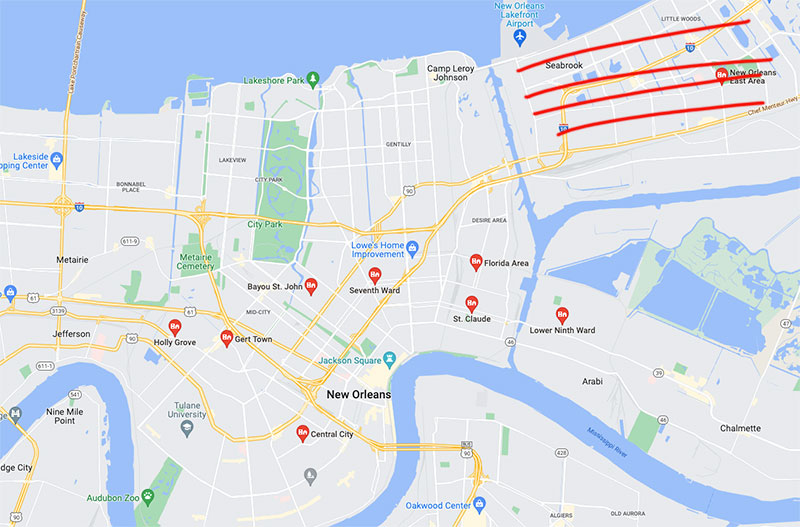 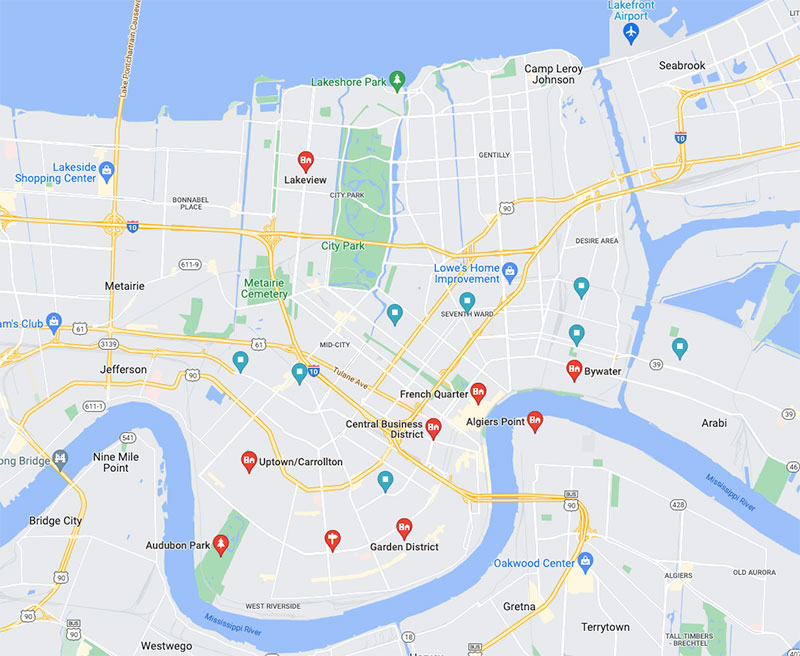 What do residents of New Orleans say about its safety

Is New Orleans safe at night? / Is it safe to visit alone?

New Orleans can be a safer place to visit if you study the layout of the city and avoid the problem areas and also follow the safety tips posted above. Safety is never guaranteed in a high crime city.

Stastically speaking New Orleans is not safe. It consistently ranks on the list of most dangerous cities in the United States. Is violent crime rate ranked 14th highest and its murder rate ranked 5th highest in the nation.

In terms of crime, it is a city that is comparable to Baltimore, Detroit, and St. Louis, and is at least an order of magnitude more dangerous than New York or Los Angeles.

People who live in New Orleans have been acclimated to high levels of violent crime and they consider it to be “normal.” and this is made clear when statements like “it’s about average” or “no worse than other cities” are thrown around.

New Orleans has a murder rate about 6x higher than NYC or LA and it’s violent crime rate is about double. These figures vary every year, but regardless you are way more likely to get murdered or be victim of violent crime in New Orleans.

If you are traveling to New Orleans we recommend that you, at minimum, learn the layout of the city and figure out which areas are good and which areas are bad. Avoid east New Orleans, avoid Central City, avoid Seventh Ward, avoid Hollygrove, etc. New Orleans is a not a city that you want to get lost, especially at night.

Follow the safety tips posted above and keep your wits about you. It is certainly possible to have a safe visit if you are careful; safe enough that fear shouldn’t prevent you from visiting and experiencing all the great things the city has to offer… food and music being on top of that list.