If you only look at the statistics, Albuquerque is not a safe place to visit. It is consistently ranked on lists of most dangerous cities in the United States.

If you talk to residents of the city, you will get a different perspective, with many saying the city is not the ‘hell hole’ or ‘war zone’ the media portrays it to be.

Other have even said it is ‘completely safe’, save for certain ‘hot spots’ within the city.

Lets further explore some crime rates, crime stats and maps to give you a better understanding of how safe Albuquerque really is. 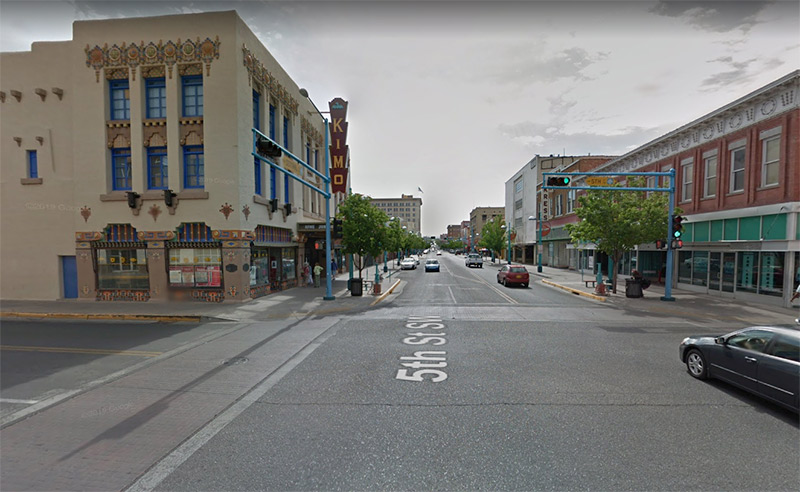 What is Albuquerque’s crime rate?

Here’s a table showing you the crime rate over the last 4 years.

Does Albuquerque have a high crime rate?

Albuquerque does have a high crime rate. It’s violent crime rate, property crime rate and murder rate are well above the national average. Albuquerque has a similar crime rate to cities like Baltimore, San Bernardino and New Orleans.

Here’s a scale to give you some perspective on Albuquerque’s crime rate:

You have a 1 in 65 chance of becoming a victim of violent crime in Albuquerque.

Albuquerque’s murder rate is more than 3 times greater than the national average.

Year over year murder has increased by 53%.

You have a 1 in 4,881 chance of becoming a victim of murder in Albuquerque.

As of March 25, 2022, there have already been 24 homicides reported in Albuquerque.

Year over year property crime has decreased by 4%.

You have a 1 in 20 chance of becoming a victim of property crime in Albuquerque.

Albuquerque’s crime rate vs other cities in New Mexico (2020)

Here’s a graph showing you how Albuquerque’s crime rate compares to other cities in New Mexico. Albuquerque had the highest crime rate of all the cities listed in 2020.

Here’s a list of the top 20 most dangerous cities in the United States ranked by violent crime rates. Albuquerque had the 17th highest crime rate in the country. 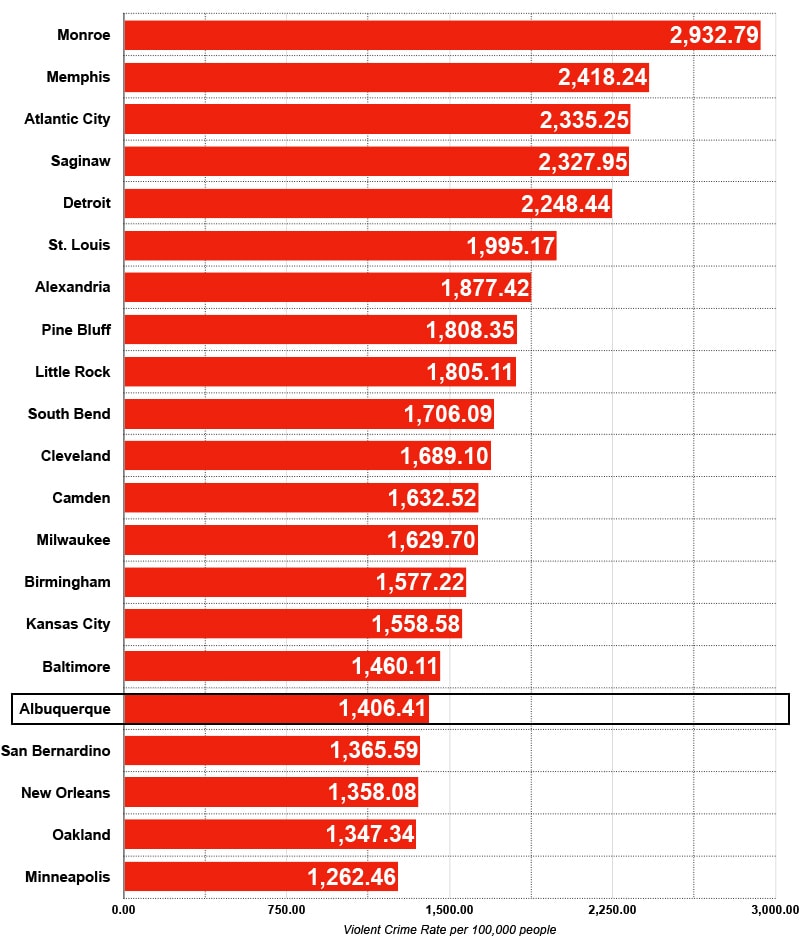 How are Albuquerque’s crime rates calculated?

How much has crime increased in Albuquerque?

Neighborhoods to avoid in Albuquerque

According to the Albuquerque Journal, 44% of all murders, 36% of all robberies, and half of all shootings in the city occurred in five pockets that contain a total of 57,292 residents, or around 10.23% of the Albuquerque population. 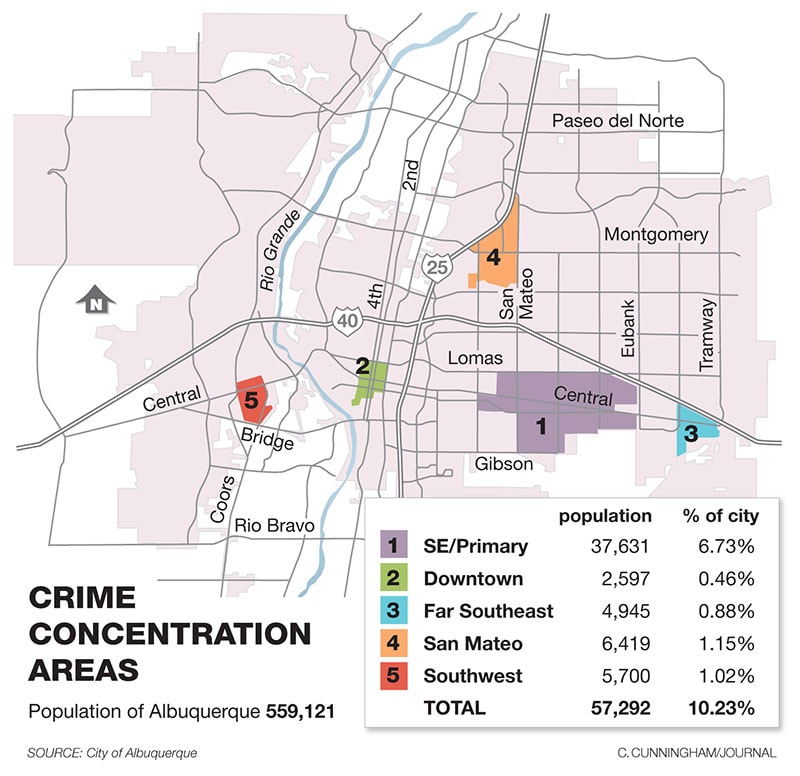 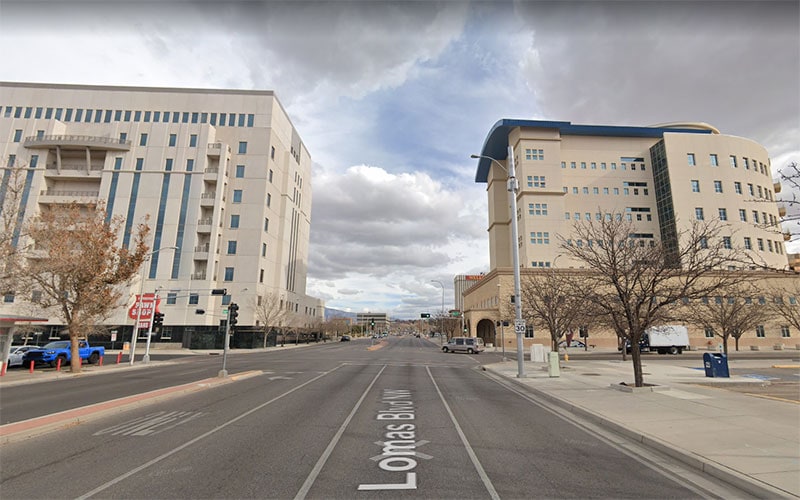 Downtown Albuquerque is one of the safest parts of the city, although many residents advise steering clear of Central Avenue.

To encourage tourism, Downtown Albuquerque is being revitalized, and the area is quite an attractive place.

Is the public transportation in Albuquerque safe?

The public transportation system in Albuquerque is handled by the ABQ Transit and it offers many routes that interweave throughout the entire city.

The transit is generally a safe option to use during normal commuting hours (7am – 6pm), however we recommend that you use a taxi or ride sharing service outside of those hours. At night there are less people using the buses and it can get sketchy.

If you are taking the bus, you might encounter some weird and erratic passengers, but if you just ignore them, then you should be fine.

Is Albuquerque safe at night?

Albuquerque is not the safest place at night, especially in the areas mentioned above. Stay clear of those areas and be aware that streets and squares that are perfectly safe to visit in the daytime can be questionable and sketchy at night.

Stay in well lit and populated places at night and avoid walking through desolate areas at night.

What do residents of Albuquerque say about it’s safety?